Accessibility links
Are We Moving To A World With More Online Surveillance? : Parallels Revelations about the NSA's online surveillance have upset many countries, and some want to exercise greater control over the Internet. But experts say the likely result would be greater surveillance worldwide. 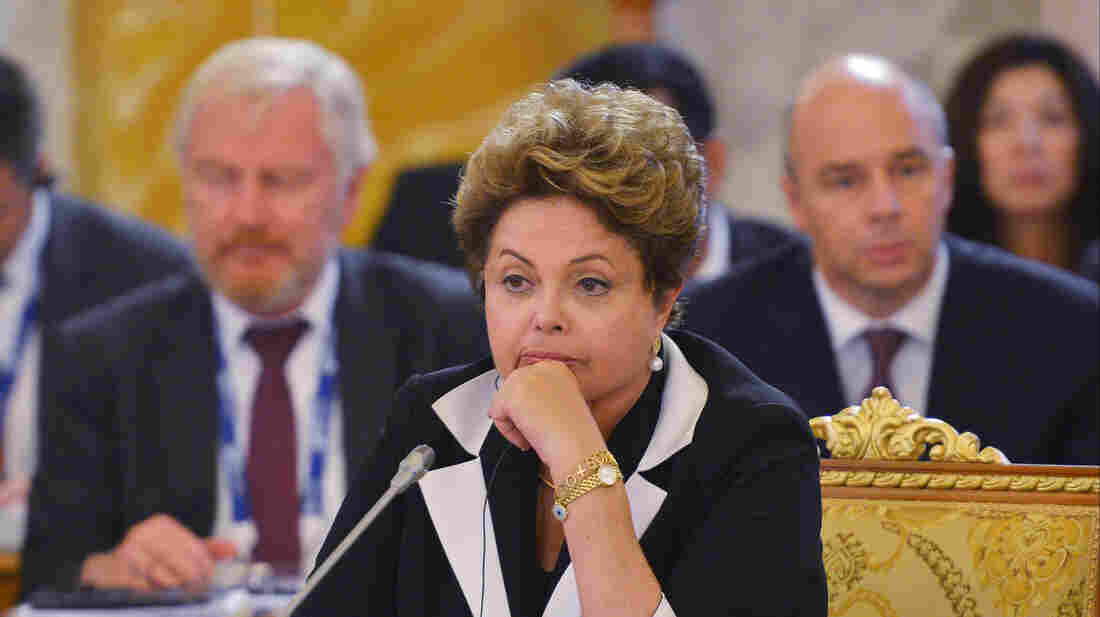 Brazilian President Dilma Rousseff was angered by reports that the National Security Agency was spying on her. She has called for giving individual countries greater control over the Internet. Getty Images hide caption 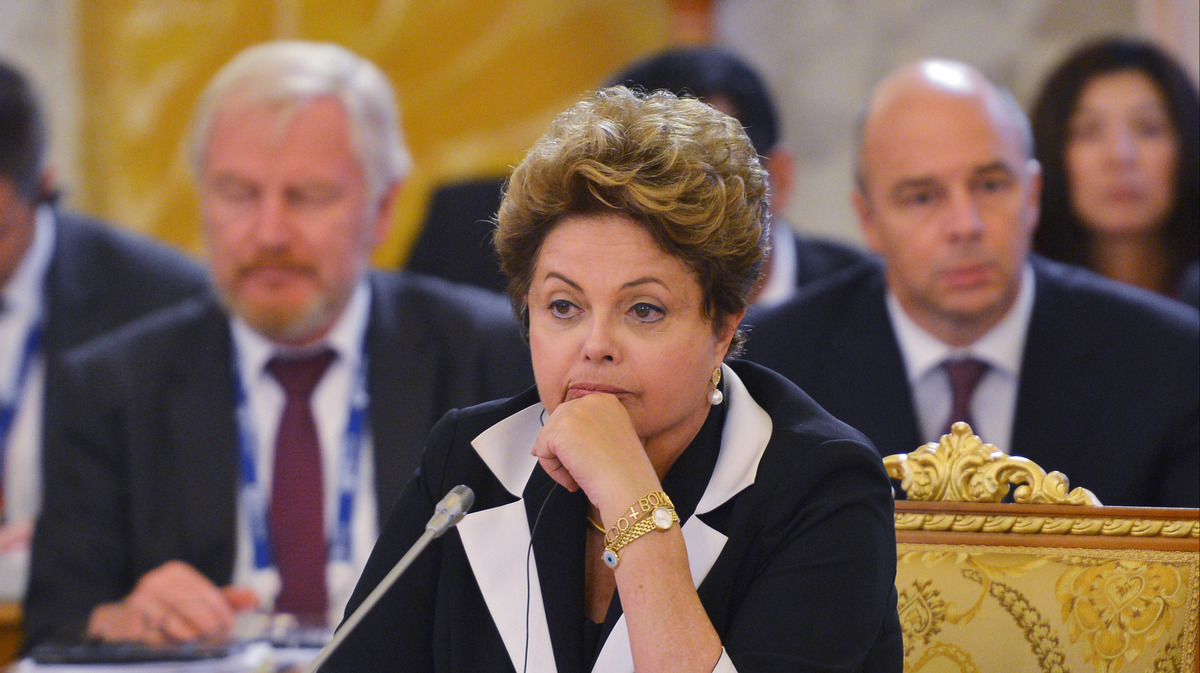 Brazilian President Dilma Rousseff was angered by reports that the National Security Agency was spying on her. She has called for giving individual countries greater control over the Internet.

Many governments around the world have expressed outrage over the National Security Agency's use of the Internet as a spying platform. But the possible response may have an unforeseen consequence: It may actually lead to more online surveillance, according to Internet experts.

Some governments, led most recently by Brazil, have reacted to recent disclosures about NSA surveillance by proposing a redesign of Internet architecture. The goal would be to give governments more control over how the Internet operates within their own borders.

But privacy advocates warn that some of the changes under consideration could actually undermine Internet freedom, not strengthen it.

"Unfortunately, there is enormous blowback," says Bruce Schneier, a cybersecurity expert who has worked closely with Britain's Guardian newspaper in reporting on NSA surveillance activities.

Schneier says some of those who advocate changes in Internet governance are acting unwisely, though he blames the NSA for having undermined global confidence in the Internet and prompting ill-advised reform moves.

"The NSA's actions embolden these people to say, 'We need more sovereign control,' " Schneier says. "This is bad. We really need a global Internet."

An Absence Of Government Control

Those who have closely followed the Internet, such as Milton Mueller of Syracuse University, say its free and open character is due largely to the absence of government control.

"The reason the Internet worked, the reason it created this massive amount of innovation, is precisely because, for a brief period of about 10 years, it just completely overcame the telecommunications system of national boundaries," Mueller says. "It created a virtual space that was completely interconnected and globalized, and governments had to react to that after the fact."

To the extent one country has dominated the Internet, it's been the United States. The only organization with a significant Internet governance function, the Internet Corporation for Assigned Names and Numbers (ICANN), was set up by the United States. Also, the companies most associated with the Internet around the world, such as Microsoft, Google and Facebook, are U.S. firms.

Prior to the uproar over NSA surveillance on the Internet, an argument could be made that American control of the Internet had served the cause of Internet freedom.

"In the area of free speech, I think it's been a great thing that the United States has had this hugely disproportionate role in providing the Internet's infrastructure," says Andrew McLaughlin, an Internet entrepreneur and formerly the deputy chief technology officer for the United States. "Our First Amendment traditions have meant that freedom of speech and freedom of expression have prevailed and really characterized the Internet globally."

But McLaughlin sees that record now in jeopardy.

"We've kind of blown it," he says. "The global fear and suspicion about American surveillance is pushing countries to centralize their [Internet] infrastructures and get the U.S. out of the picture. Ultimately, I think that will have negative consequences for free speech as well as for protection of privacy."

Some of the countries pushing for more international control over the Internet were never all that supportive of Internet freedom, like Russia and China. But they've now been joined by countries like Brazil, whose president, Dilma Rousseff, was furious when she read reports that she was herself an NSA target.

Speaking at the United Nations last month, Rousseff called for a new "multilateral framework" for Internet governance and new measures "to ensure the effective protection of data that travel through the Web."

At home, Rousseff has suggested that Brazil partially disconnect from U.S.-based parts of the Internet and take steps to keep Brazilians' online data stored in Brazil, supposedly out of the NSA's reach.

But Schneier says such moves would lead to "increased Balkanization" of the Internet.

One indication of the discontent with the dominant U.S. role on the Internet came at a meeting in Uruguay last week. Directors of major Internet organizations, including ICANN, endorsed a call for all governments to be treated equally in Internet governance.

The ICANN president, Fadi Chehade, actually praised Rousseff for her "leadership" and personally backed her effort to challenge the United States on Internet governance issues.

In Europe, policymakers have discussed the possibility of writing new rules for how information can flow around the world. Some proposals would introduce restrictions on how U.S. companies like Google can operate overseas.

Mueller, who teaches at Syracuse University's School of Information Studies, says such a move would be costly.

"Is it practical in the sense that you can create regulations that block off trade in these information services? Yeah, you can do that," Mueller says. "There will be massive sacrifices of economic efficiency. But you can introduce barriers, definitely."