Accessibility links
In France, Deportation Of Teenage Girl Ignites Fierce Debate : Parallels Leonarda Dibrani, 15, was taken by police during a school field trip and deported along with the rest of her family to Kosovo. French protesters say the action runs counter to the country's values. 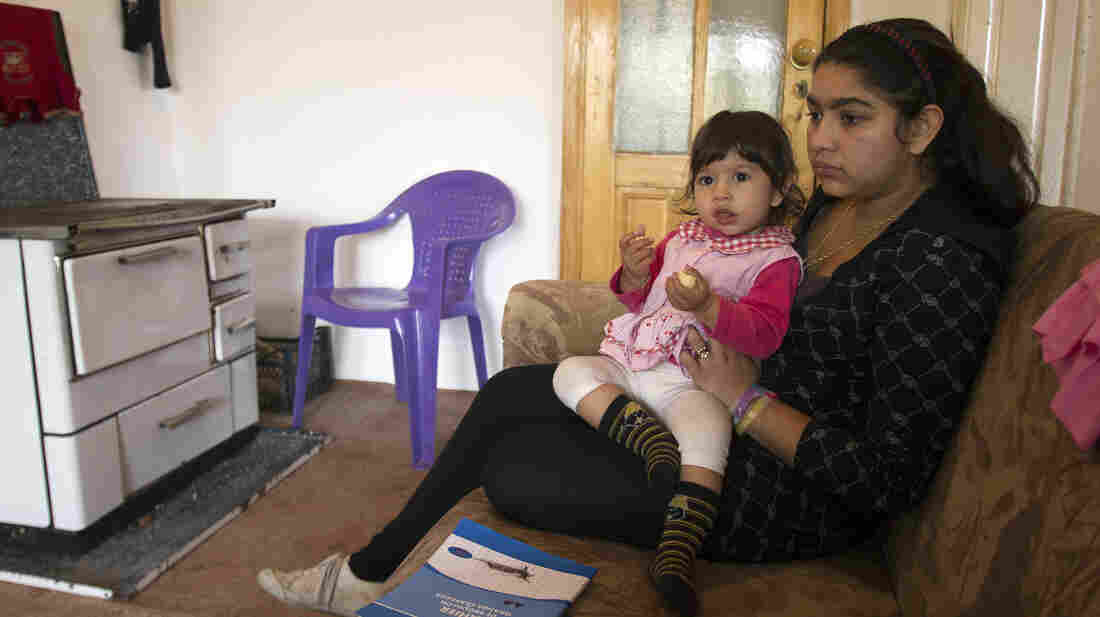 Leonarda Dibrani, 15, holds her sister, Medina, in Mitrovica, Kosovo, on Friday. Police seized Leonarda from a school field trip last week and expelled her and her family from France. The case has prompted protests across France. Vusar Kryeziu/AP hide caption 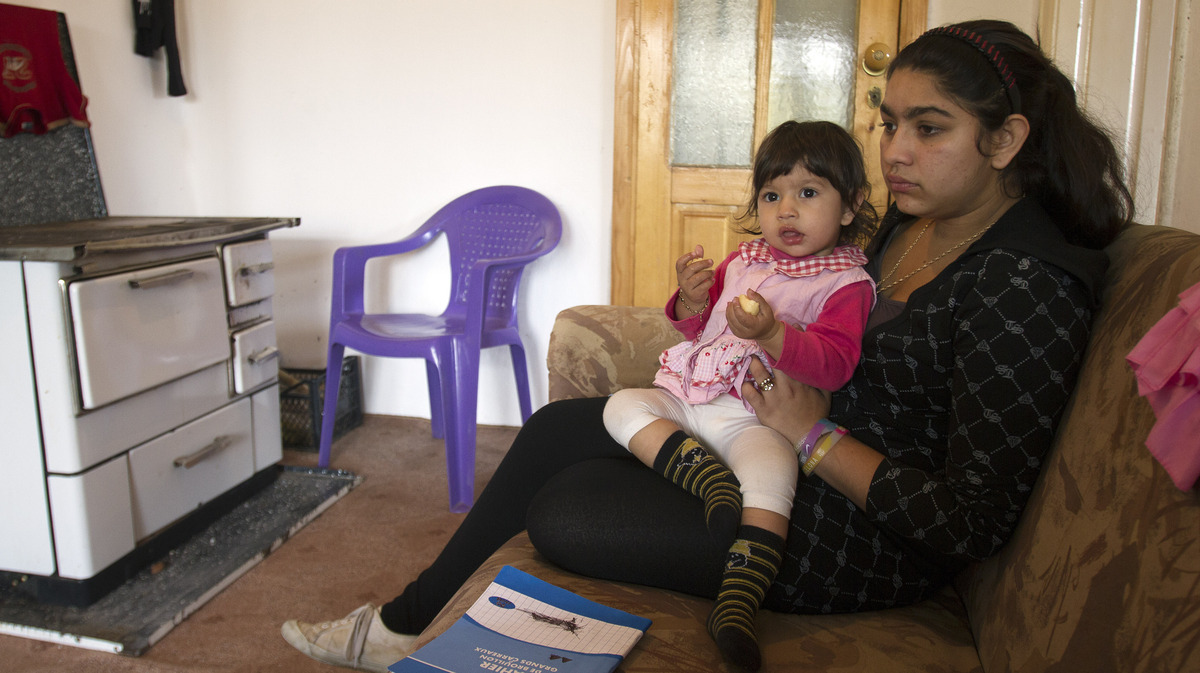 Leonarda Dibrani, 15, holds her sister, Medina, in Mitrovica, Kosovo, on Friday. Police seized Leonarda from a school field trip last week and expelled her and her family from France. The case has prompted protests across France.

A 15-year-old schoolgirl is at the center of an emotional debate in France over the country's immigration policies.

Leonarda Dibrani was taken away by police during a field trip with her school class last week and deported along with her parents and five siblings to Kosovo. Many French are outraged at the way she was seized. And whether the deportation was legal or not, many say the action runs contrary to French human rights values.

Thousands of high school students took to the streets of Paris and other French cities for a second day Friday to demand that Leonarda be allowed to return to France.

"We claim to be a country of human rights and asylum, yet we send a young girl back to a country she doesn't even know and where she has no future," says Yusef Bonmain, an 11th grader who was taking part in the protests.

The case has echoes of the debate in the U.S. over immigration and the status of those who came to the country illegally as children and have little or no connection to the land of their birth.

French media are reporting that the Dibrani family came illegally to France from Kosovo about five years ago because they are Roma, sometimes referred to as Gypsies, and faced discrimination and few opportunities there.

This week, French television networks caught up with Leonarda back in Kosovo and have been broadcasting interviews with her.

"I was so ashamed," she says of being taken away by police in front of her classmates. "Everyone was asking me what I'd done. I was crying. This isn't my home here [in Kosovo]. My home is in France. I'm scared to go out here, and I don't even speak the language."

Immigrants' rights groups and even members of the governing Socialist Party are extremely critical of the expulsion.

Under fire, Prime Minister Jean Marc Ayrault ordered an investigation into the incident. Speaking to Parliament, he said, "If children's rights or human rights were violated, Leonarda and her family will be welcomed back to France."

President Francois Hollande, who preached a kinder, gentler approach to immigration than his hard-line predecessor, Nicolas Sarkozy, has been trying to distance himself from the incident.

But evictions of Roma have continued unabated during Hollande's presidency.

The main target of anger is the ambitious, young Interior Minister Manuel Valls. He sparked controversy a few months ago when he told Le Figaro newspaper that the 20,000 Roma living in France did not want to assimilate, for cultural reasons.

But activists point to the fact that Leonarda spoke perfect French and had assimilated. The far left has called for Valls to resign. Valls says the family had been living in France illegally for several years.

In Kosovo, Leonarda's father, Reshat Dibrani, told French television news reporters Thursday that the family had never been to Kosovo before and were actually from Italy. He said he lied in hopes of getting asylum in France.

Depending on the findings of the inquiry, the Dibrani family may get to stay in France after all.