Accessibility links
You Have Questions About The NSA; We Have Answers : Parallels The revelations by National Security Agency contractor Edward Snowden has raised many complicated issues. NPR's national security correspondent Tom Gjelten answers questions submitted by NPR listeners and readers. 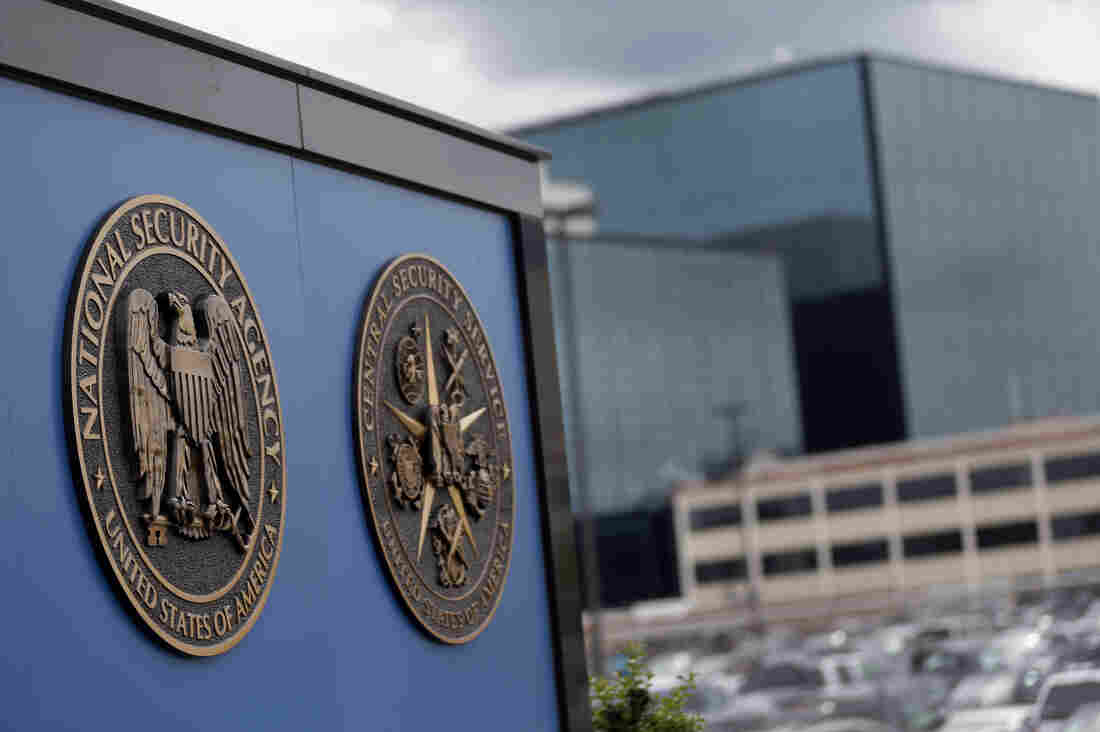 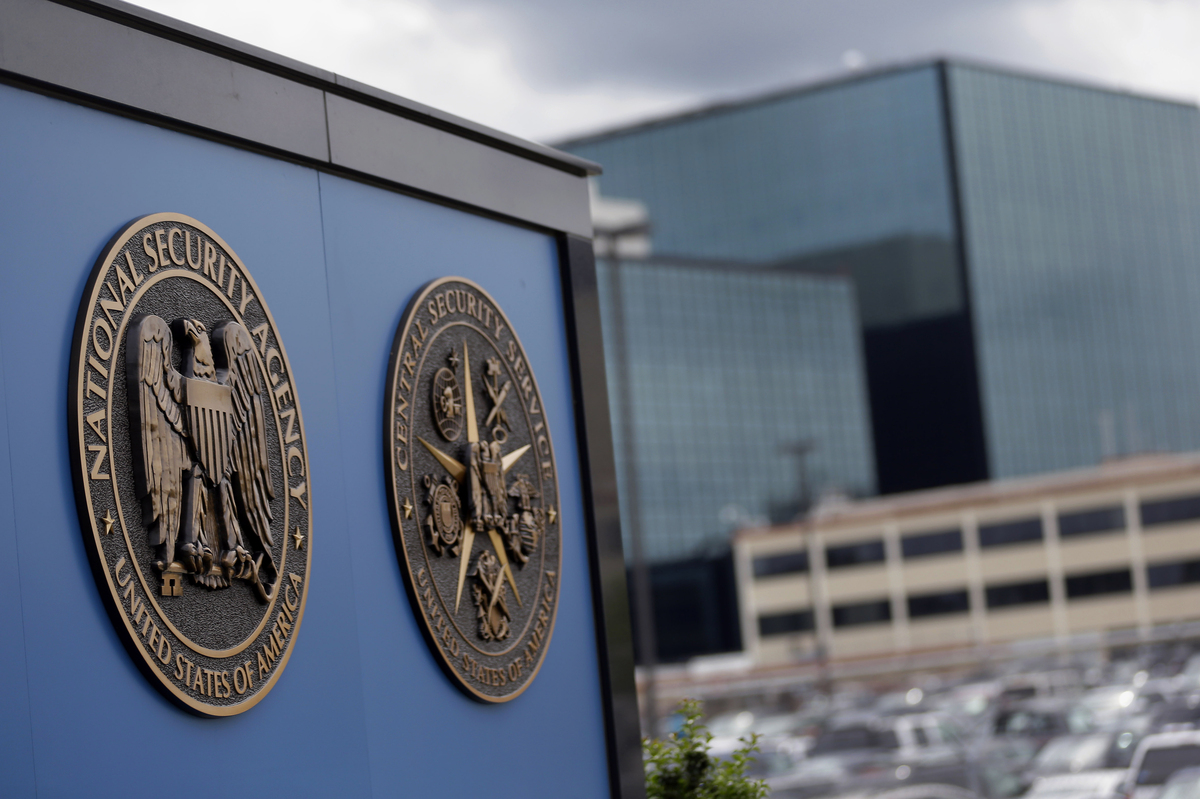 A sign outside the National Security Agency campus in Fort Meade, Md.

Four months have passed since former National Security Agency contractor Edward Snowden began spilling secrets about the NSA's surveillance programs, but many Americans still don't know what to think about the disclosures.

For good reason. The surveillance programs are highly technical, involving the bulk interception of huge volumes of communication data as they traverse multiple links and networks. The laws governing what the NSA can do are complex and open to conflicting interpretations.

NSA officials say their violations of the surveillance limits are largely inadvertent and arise from the difficulty of drawing a clear line between lawful and unlawful activities. Supporters of the programs say they are necessary to protect the country from terrorist attacks, while critics say the main effect has been to erode privacy and civil liberties.

Over the past few weeks, Weekend Edition listeners have been submitting their questions about NSA surveillance activities. Here are the answers.

Was it the intention of the NSA to undermine American liberties through state spying or was it simply using modern technology to safeguard American interests and prevent another 9-11? - Ashley Reed, Murfreesboro, Tenn.

Most of the NSA surveillance programs were introduced after the 9-11 attacks, and the justification for the programs was to prevent another terrorist attack. It is not generally argued that the NSA set out deliberately to take away Americans' civil liberties.

But intentions are one thing and results are another. With his leaks of secret NSA files, Edward Snowden disclosed a vast and intrusive government surveillance apparatus that clearly threatens Americans' privacy.

From what we have learned in the leaked material, has the NSA been lying to Congress about its programs? If so, is that illegal? - Stephen Anderson, Charlotte, North Carolina

This is a difficult question and deserves a careful answer. At a hearing last month, Sen. Ron Wyden of Oregon said the country's intelligence agencies, including the NSA, had "repeatedly deceived the American people." Wyden said they were saying one thing about their surveillance programs in public while doing something else in private.

But have they actually lied?

The instance that has gotten the most attention involved congressional testimony last March by James Clapper, the director of national intelligence. Though not an NSA official himself, Clapper oversees the agency. At that hearing, Wyden asked Clapper if the NSA collects "any type of data at all" on Americans. Clapper answered, "No," then added, "not wittingly."

We now know that the NSA at the time was actually collecting "meta data" on Americans' phone calls. The agency was not actually recording or monitoring the phone calls themselves, but the NSA was keeping a record of which numbers were dialing which numbers. Clapper's answer was not accurate. Three months later, Clapper himself apologized, saying his answer had been "clearly erroneous."

Clapper could not have been charged with perjury because he was not testifying under oath. Under U.S. law, however, making false statements to Congress is illegal, regardless of whether the statements are made under oath. In that case, however, a prosecutor would have to show that the false statement was made "knowingly and willfully" for the purpose of falsifying or concealing or covering up the truth. That would be a high bar. In fact, Wyden had already been briefed on the meta data collection, so it would have been hard to prove that Clapper "willfully" lied.

NSA statements to the Foreign Intelligence Surveillance Court (FISC), which oversees NSA surveillance programs, are a separate issue. In an October 2011 opinion, a FISC judge said the NSA had on at least three occasions made "repeated inaccurate statements" about its surveillance program and that the statements amounted to "a substantial misrepresentation" of NSA activities. The judge's statement was in a classified court opinion, and NSA officials later rectified their reporting.

Since the NSA is spying on people all over the world, not just on U.S. citizens, are citizens in other countries more concerned about this than Americans are? - Glen Wheeler, Springfield, Illinois

First, it is important to remember that no evidence has yet emerged that the NSA is "spying" on Americans without a court order. We have learned that the NSA has the capability to read our emails and monitor our phone calls, but based on the disclosures to date, when this has happened, it has been inadvertent. Historically speaking, of course, once a government has a spying capability, citizens are clearly at risk.

As for the reaction of people in other countries to the NSA disclosures, it is safe to say they are angry. While Americans are protected against illegal searches under the Fourth Amendment, foreigners have no such protections from NSA snooping. NSA officials say they do not monitor foreign communications without an "intelligence purpose," but there is no court to oversee the surveillance activity.

Edward Snowden's revelations of NSA surveillance were so appreciated in Europe that he was nominated for a human rights prize at the European Parliament.

Being a Pakistani-American, I'm aware of the fact that all phone calls, video chats, emails and text messages between me and my family and friends in Pakistan are being recorded for safe keeping. This is very disturbing. - Sabina Khan, Sacramento, Calif.

The NSA would reassure Sabina. Communications involving "U.S. persons," which includes not only all U.S. citizens but anyone actually present in the United States, can only be intercepted with a court order. So Sabina's conversations are probably safe, even if she is communicating with someone in Pakistan.

I am worried about the NSA having a secret court. Who watches the court? Is there any other body or outside person that watches the court to see what it's actually doing? - Erik Gunther, Commerce, Texas

The Foreign Intelligence Surveillance Court (FISC) was set up by Congress to oversee NSA surveillance programs. FISC judges deliberate in secret, and their opinions are classified, but it is not really a secret court. The existence of the court and the identity of the judges are known to the public.

The question of who oversees the overseers, however, is one that does concern many members of Congress. The FISC judges are appointed by the Chief Justice of the U.S. Supreme Court, without confirmation or oversight by Congress. FISC proceedings are not adversarial, so no party is allowed to challenge the NSA in front of the court.

Another issue with the surveillance court is that the programs it oversees are highly technical, and the judges on this court are not themselves technologists. The court was established at a time when surveillance consisted mostly of wiretaps, whereas today the intercepts are far more sophisticated. From declassified court proceedings, it is clear the FISC judges sometimes have a hard time understanding exactly what the NSA is doing and when it has stepped out of line.

A revision of the FISC oversight process is among the surveillance reforms currently under consideration in Congress. Among the possible changes would be the introduction of an adversarial party who could counter NSA arguments, so that the responsibility to challenge the government does not rest solely on the judges themselves.