Accessibility links
Following Bloomberg's Lead, Mexico Aims To Fight Fat : Parallels In the battle against the bulge, lawmakers in Mexico are taking aim at consumers' pocketbooks. They're proposing a series of new taxes on high-calorie food and sodas. Health advocates say the higher prices will get Mexicans to change bad habits, but the beverage industry and small businesses are fighting back. 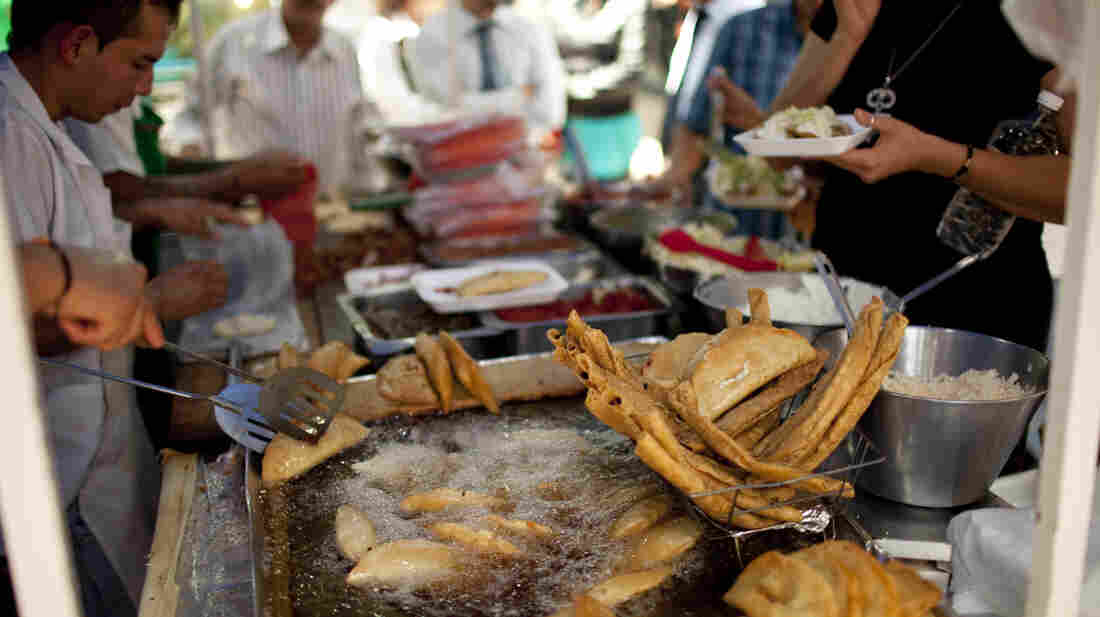 A street vendor fries food for lunch customers in Mexico City on July 10. Mexico has now surpassed the United States in levels of adult obesity, according to the U.N. Food and Agriculture Organization. Ivan Pierre Aguirre/AP hide caption 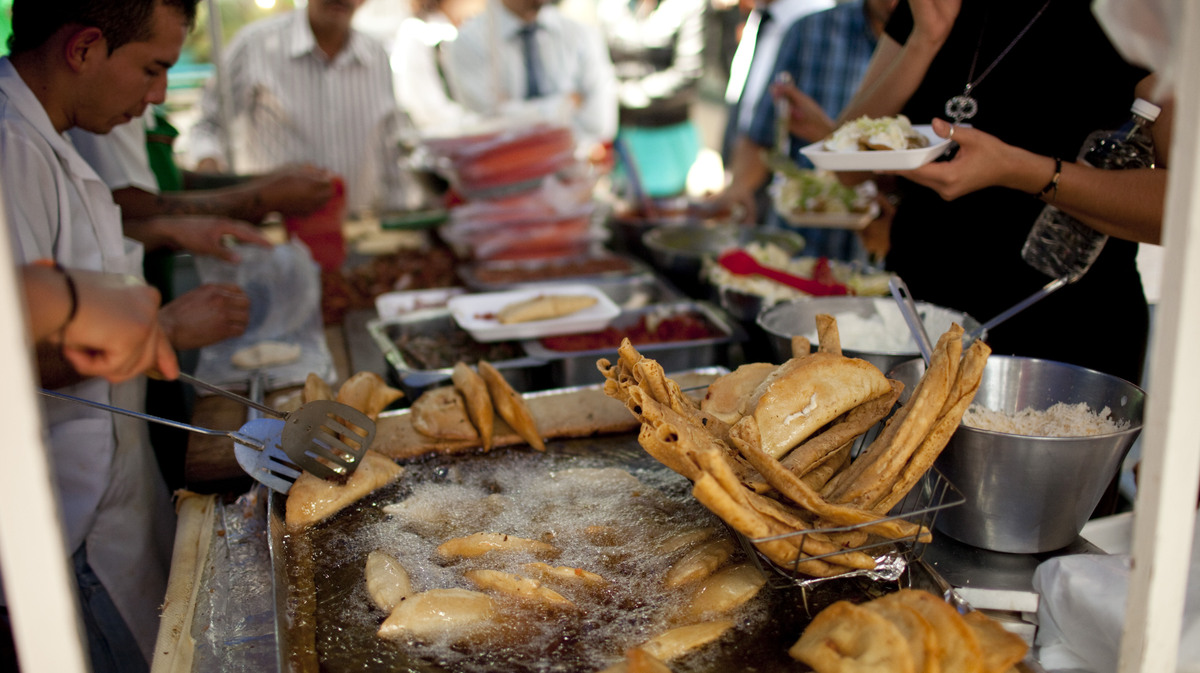 A street vendor fries food for lunch customers in Mexico City on July 10. Mexico has now surpassed the United States in levels of adult obesity, according to the U.N. Food and Agriculture Organization.

Nearly a third of all Mexicans are obese, putting Mexico at the top of the list of overweight nations — ahead of the United States.

In the battle against the bulge, lawmakers are taking aim at consumer's pocketbooks. They're proposing a series of new taxes on high calorie food and sodas. Health advocates say the higher prices will get Mexicans to change bad habits, but the beverage industry and small businesses are fighting back.

Moises Orozco's convenience store in a middle-class Mexico City neighborhood has been in his family for more than 30 years. He says he's watched eating habits change over that time.

Just look at his sales of gansitos, a spongy yellow cake akin to a Twinkie, filled with strawberry jelly and covered in a thin layer of chocolate. Orozco says he used to sell about 10 a week; now he sells easily six times that many. Some weeks, when he's well stocked, he sells as many as 150 gansitos.

Orozco says if the government really wanted to combat obesity it would have taxed sodas and junk food 10 years ago. He says politicians just want more money, so they go after small-business owners like him and the poor, who buy the cheap junk food.

Lawmakers are proposing a 10 percent tax on sodas, about a peso per liter, and a 5 percent increase on high-calorie snacks.

Small-business owners, the powerful beverage industry, and billionaire bottlers have launched an aggressive ad campaign against the proposal. Some full-page ads in major newspapers have focused in on the foreign influence for the taxes, especially the financial backing by U.S. billionaire Michael Bloomberg's philanthropic group.

Cuauhtemoc Rivera, head of the national association of neighborhood stores, says the New York mayor should mind his own business. He says obesity in Mexico is more complicated than just drinking too many sodas. Rivera says Mexicans' whole diet is bad, filled with what he jokingly calls too much "vitamin T."

"Tacos, tamales, tortas; we eat everything that starts with a T," Rivera says.

According to the World Health Organization, which has helped aid the pro-tax advocates, nearly 70 percent of Mexicans are now overweight. Diabetes is now one of the top killers in the country.

Alejandro Calvillo of the group Consumer Power says Mexicans are the biggest consumers of soft drinks in the world, drinking about 40 gallons per person a year. He says a 10 percent tax per liter of soda will reduce consumption by as much as 12 percent.

"We need to act," Calvillo says. "We cannot permit that this situation happen in Mexico for more time."

Calvillo, whose group lobbied for a higher soda tax and does receive money from Bloomberg Philanthropies, says the new income should be used to encourage people to drink more water.