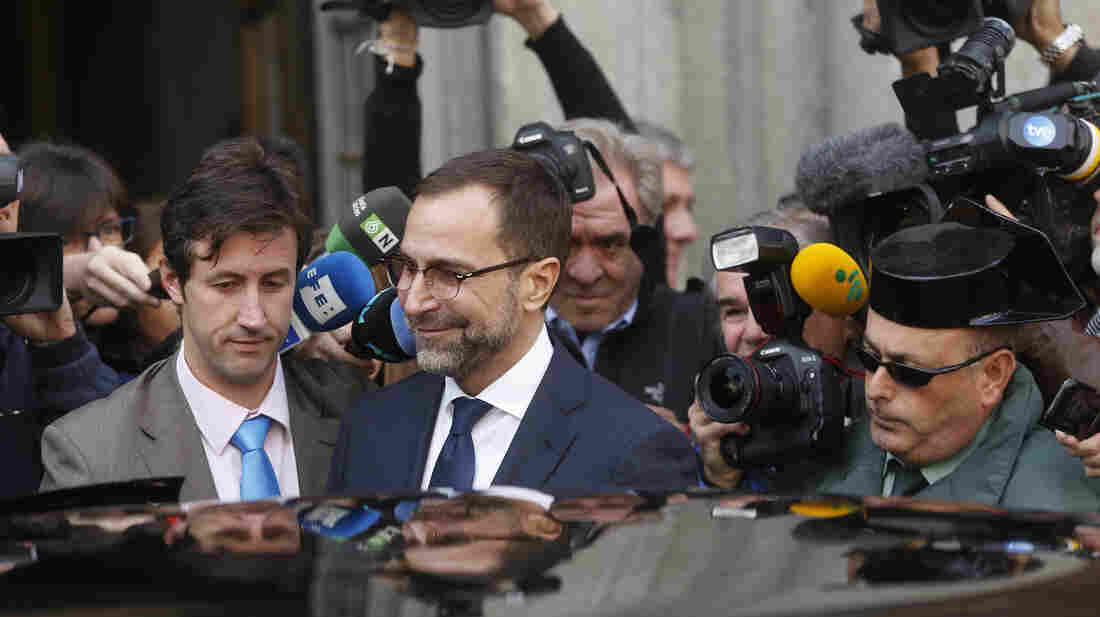 The U.S. ambassador to Spain, James Costos, leaves the Spanish Foreign Ministry after being summoned to a meeting in Madrid on Monday. He was called in following reports that the NSA was tracking millions of phone calls in Spain. Juan Medina/Reuters /Landov hide caption 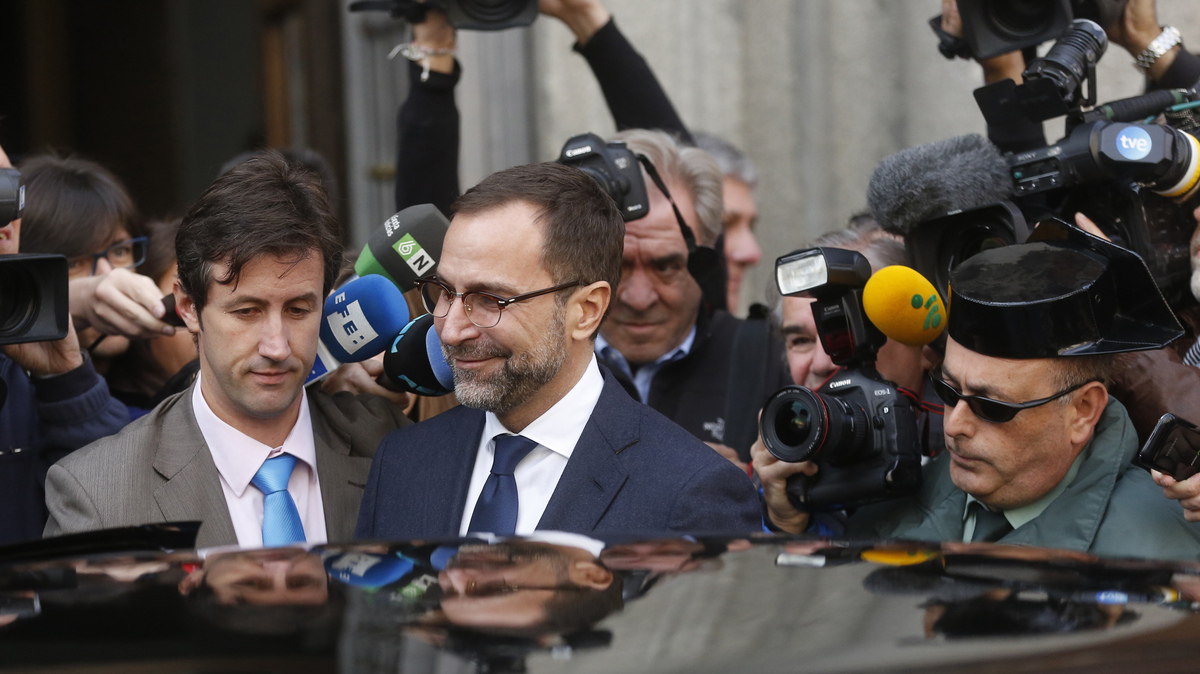 The U.S. ambassador to Spain, James Costos, leaves the Spanish Foreign Ministry after being summoned to a meeting in Madrid on Monday. He was called in following reports that the NSA was tracking millions of phone calls in Spain.

We begin this Monday with more spying by the National Security Agency on U.S. allies. The country is different this time — Spain — but the reaction isn't.

The NSA tracked 60 million Spanish phone calls between Dec. 10, 2012, and Jan. 8, the newspaper reported, citing the work of Glenn Greenwald, the reporter who has revealed details of much of the agency's surveillance activity.

The newspaper said the agency collected metadata from the calls — the phone numbers involved, their locations, the duration of the calls and the serial numbers of the phones used. The data did not include the content of the calls.

The U.S. ambassador to Spain, James Costos, was summoned to the Spanish Foreign Ministry over earlier disclosures that the U.S. was spying on Spanish citizens and officials. The new revelations come a week after publications in France and Germany reported widespread NSA spying on citizens of those countries as well as German Chancellor Angela Merkel.

A parliamentary delegation from the European Union is to meet officials in Washington on Monday to discuss the NSA's activities and convey its members' concerns.

"[His] name was still on a list of people banned in America," the newspaper reported. "The apartheid regime classified the [African National Congress], of which Sexwale is a member, as a terrorist organization until its unbanning in 1990. Former anti-apartheid activists, including Nelson Mandela, had been banned from the U.S. The ban was lifted in the late 1990s, but not everyone was removed from the list."

A spokesman for the ruling ANC said the South African government would seek to take up the list with President Obama.

Sexwale, the newspaper reported, had told his lawyer to take up the matter with the U.S. Embassy.

India, The Times of India

Questions about security preparedness are being raised a day after several blasts hit a crowd gathered for an election rally held by India's main opposition leader.

Six people died and more than 100 were wounded in the explosions that occurred near a park where Narendra Modi was due to speak. Modi, the prime ministerial candidate for the Hindu nationalist Bharatiya Janata Party, was not in danger. No one has claimed responsibility.

The Times of India said the Bihar state government's "overall attitude to security ... has been found to be wanting."

"Sources said apart from Bihar appearing to be dragging its feet on the security front, there were some deeply entrenched systemic problems with Bihar's security set-up," the newspaper reported."

India is scheduled to hold national elections next year.

The government is examining loosening restrictions on the consumption of marijuana, including for medical and recreational uses.

Justice Minister Sen. Mark Golding made clear, however, that the issue was at the preliminary stages.

"These considerations do not yet represent government policy as they have not been considered by Cabinet," he told the Senate. "Careful examination of the implications of this reform, including the government's international obligations, is being conducted before a submission is made to Cabinet for a policy decision."

Golding's ministry is reviewing a draft paper that will be sent to other ministries and agencies for comment before being submitted to the Cabinet, the newspaper reported.

The Observer reported that the ministry was looking at possession for medical use, research, religious uses and possession of up to 2 ounces for recreational use. It is also considering allowing smoking marijuana in private places.