Accessibility links
World Headlines: China Calls Tiananmen Attack Terrorism : Parallels Also, stories on the resignation of the head of Israel's Teva Pharmaceuticals and an Argentine Supreme Court ruling that clears the way for the breakup of large media firms. 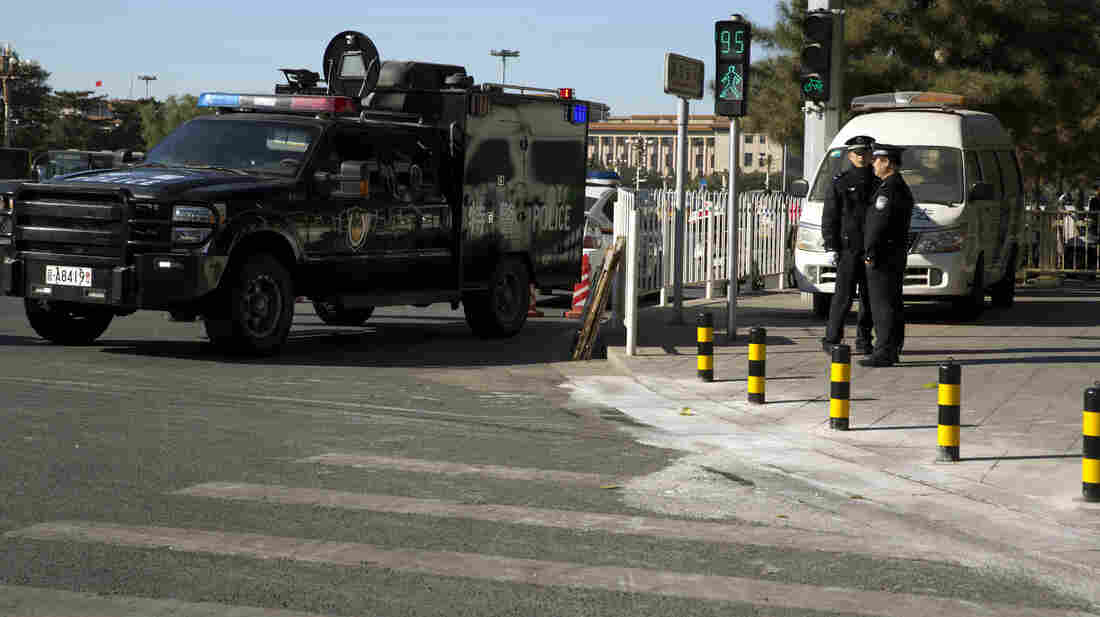 A vehicle from the Chinese police special tactical unit guards the sidewalk Tuesday where it is believed a car drove up before it plowed through a crowd and crashed and burned in Beijing's Tiananmen Square. Ng Han Guan/AP hide caption 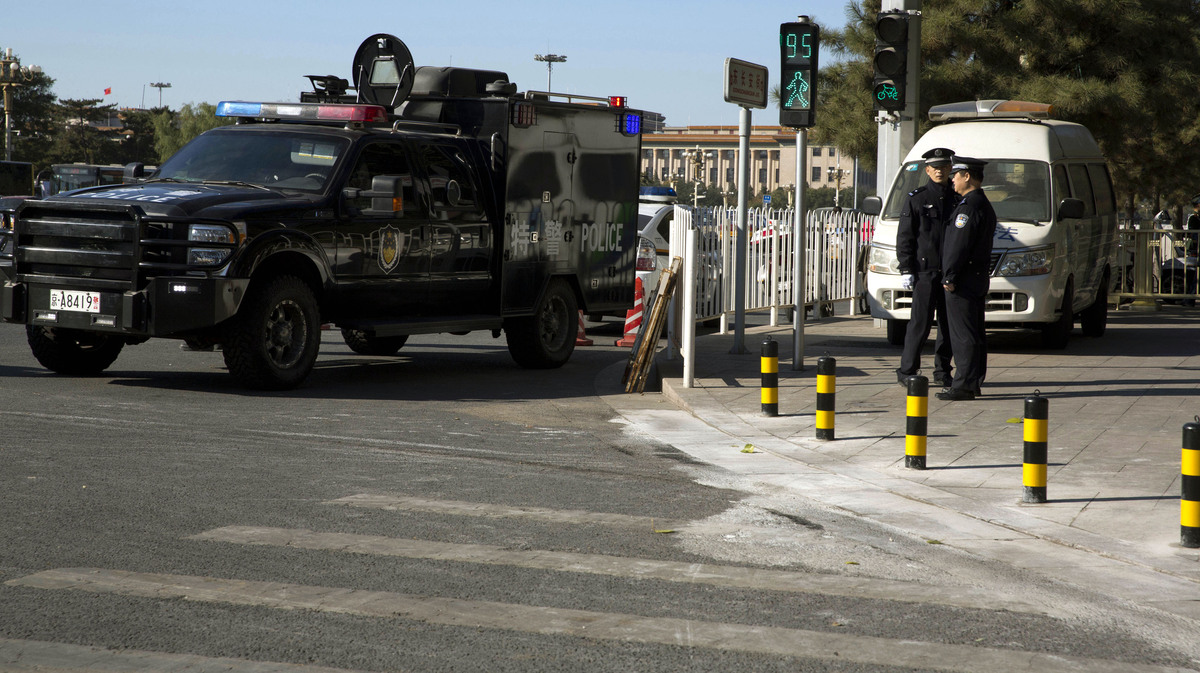 A vehicle from the Chinese police special tactical unit guards the sidewalk Tuesday where it is believed a car drove up before it plowed through a crowd and crashed and burned in Beijing's Tiananmen Square.

We start this morning with more news on that deadly crash in Beijing's Tiananmen square.

Police said the attack was "carefully planned, organized and premeditated."

The driver of the vehicle that crashed into a crowd of people was identified as Usmen Hasan, a Uighur from China's Xinjiang Province. Passengers included his mother and his wife. All three were also killed in the incident. Police said they found gasoline, two knives and steel sticks as well as a flag with extremist religious content in the jeep.

The five people arrested were also identified with names typically associated with Uighurs. Knives and a "jihad flag" were found in their homes.

The BBC adds that police were originally looking for eight suspects.

Now to Israel where the head of Teva Pharmaceuticals, the world's largest manufacturer of generic drugs, stepped down Wednesday. Just two days ago, Jeremy Levin denied media reports that he would do so.

"Since I joined Teva, we have made tremendous progress in setting a new course for the company," Levin said following his resignation. "I wish the company and its people, who I respect greatly, every success. I look forward to pursuing new opportunities where I can continue to apply my experience and contribute to the evolution of the global pharmaceutical industry."

The company had been criticized over plans to lay off 5,000 workers worldwide and over its tax incentives in Israel – both of which had created a rift between Teva's management and its board.

Finally, a ruling by the Supreme Court clears the way for the breakup of large media groups in the country.

Critics in the media, including Clarin, the biggest broadcaster and newspaper company, say the law silences the opposition. But supporters say it will reduce the influence of large corporations.

In a statement the Clarin Group said while it respects the court's decision, it is examining further appeals, including to international tribunals. The ruling will likely force it shed many media holdings.

The Supreme Court ruled that the 2009 law was constitutional.