Accessibility links
Ottoman Dream Come True: Train Links East And West In Istanbul : Parallels Istanbul inaugurated the world's first continent-connecting train line this week. It's not the Orient Express, but the subway does make real an idea first proposed in the mid-19th century. 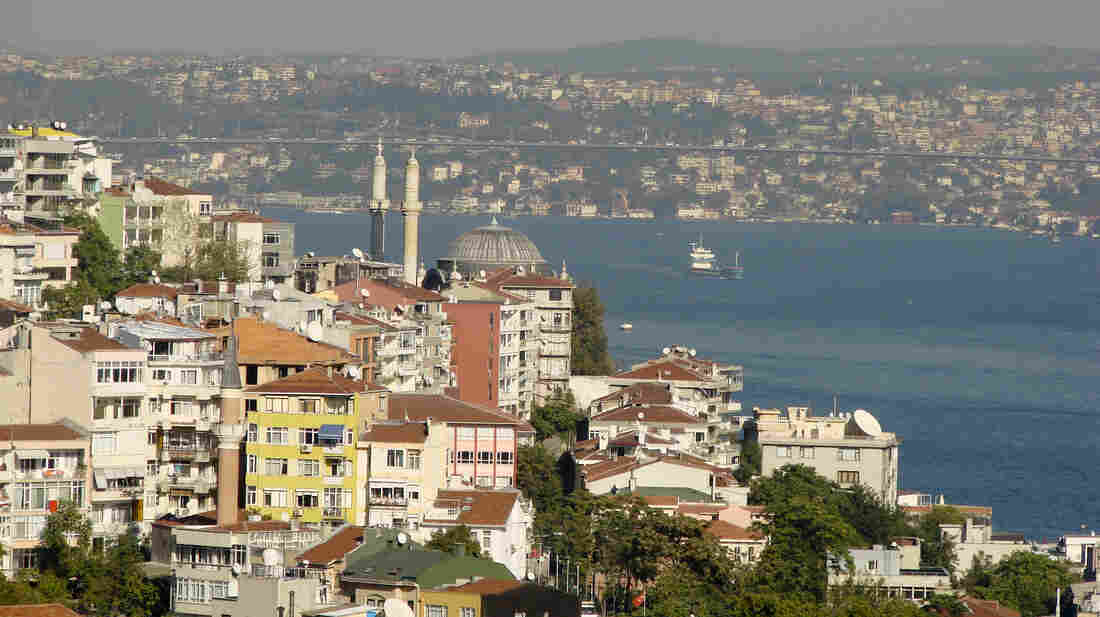 Ottoman Sultan Abdulmecid dreamed of linking the Asian and European sides of Istanbul, separated by the Bosporus. The newly inaugurated Marmaray Project does just that. Michael Goodine/Flickr hide caption 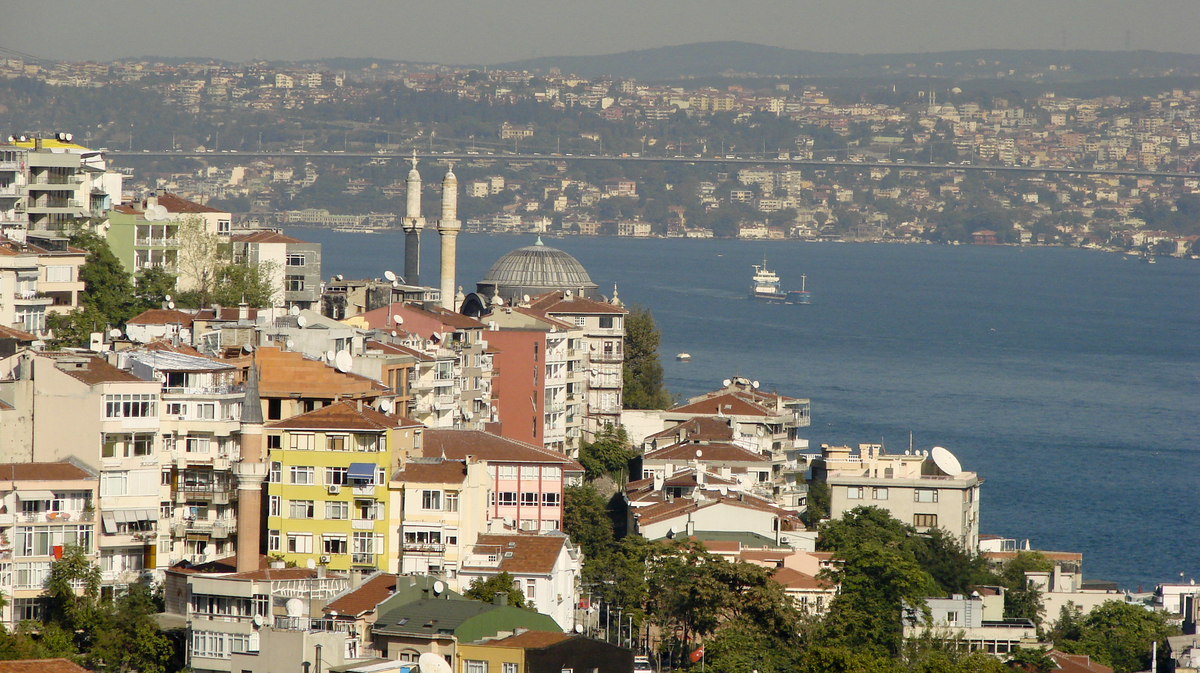 Ottoman Sultan Abdulmecid dreamed of linking the Asian and European sides of Istanbul, separated by the Bosporus. The newly inaugurated Marmaray Project does just that.

The Marmaray Project, Turkey's new underwater rail link between the European and Asian sides of Istanbul, is open for business. It's the first of its kind, a modern feat of engineering that realizes the 150-year-old dream of an Ottoman sultan.

Before we get to the politics behind it, though, a bit of practical information. Abandon any romantic notions about well-appointed coaches and china clinking in the dining car. This is a subway: plastic seats, fluorescent lighting, incomprehensible announcements. It will never be mistaken for the Orient Express.

It is, however, an undeniably impressive route, nearly 200 feet beneath the dangerous currents of the Bosporus. Riding the first train open to the public Tuesday evening, I met Turgut, a professor of mechanical engineering. He interrupted an underwater cellphone call to say he wouldn't have missed this for anything. 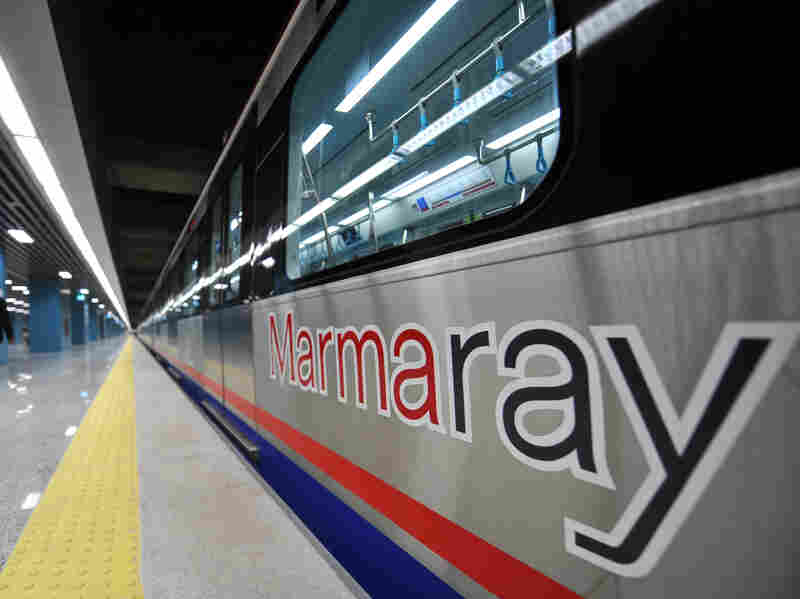 "And using the technology, I'm speaking to England now from the underground — under the sea, actually," he said. "I am here just to make history."

In past years, Erdogan and other top officials of the ruling party, with its roots in political Islam, found excuses to be traveling on Republic Day, thus avoiding ceremonies honoring Ataturk. This year, however, Erdogan had the perfect counternarrative, thanks to an Ottoman sultan who dreamed of a tunnel connecting Asia and Europe long before Ataturk was born.

Sultan Abdulmecid ruled the Ottoman Empire in the mid-19th century. In an interesting parallel with Erdogan's early years, the sultan was known for his reforms and friendly approach to Europe. The tunnel, however, proved too great an engineering problem. It took Erdogan, modern technology and a big assist from Japan to make the tunnel a reality. 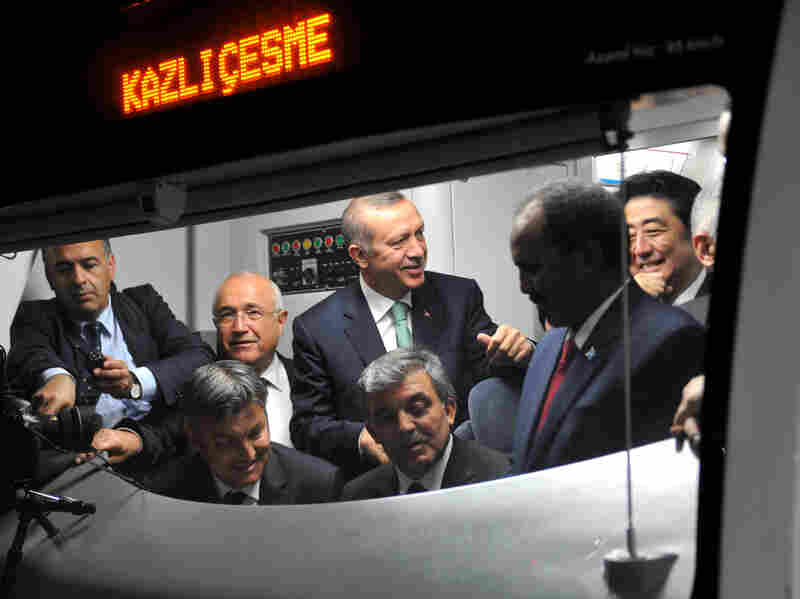 In his speech at the tunnel's opening ceremony, Erdogan did mention Ataturk, but he mainly focused on the fulfilling of an Ottoman dream, saying this project not only connects continents but "reunites history with today."

To secular Turks already anxious about Erdogan's virtually unchecked power and soaring ambition, reuniting with history is a less than inviting prospect.

Japan's prime minister, Shinzo Abe, was on hand to mark the opening of the tunnel, in which Japanese engineering and financing played a major role. Abe was modest and gracious, but somehow his praise for Erdogan kept coming back to the same theme: What a good sport Istanbul had been in losing the 2020 Olympic Games to Tokyo last month.

So far neither project is off to a perfect start: The first morning commuter trains beneath the Bosporus suffered delays due to electrical problems. That had some Turks joking darkly about bad omens for the next big Turkish-Japanese partnership: building a nuclear power plant on the Black Sea.