Accessibility links
The Billionaire Who Personified Brazil's Boom Goes Bust : Parallels Once among the richest men on the planet, Eike Batista's wealth has evaporated. From a net worth of $34.5 billion last year, the Brazilian businessman is now worth less than 1 percent of that. Many observers see Batista's fall as a parable for the nation's economic woes. 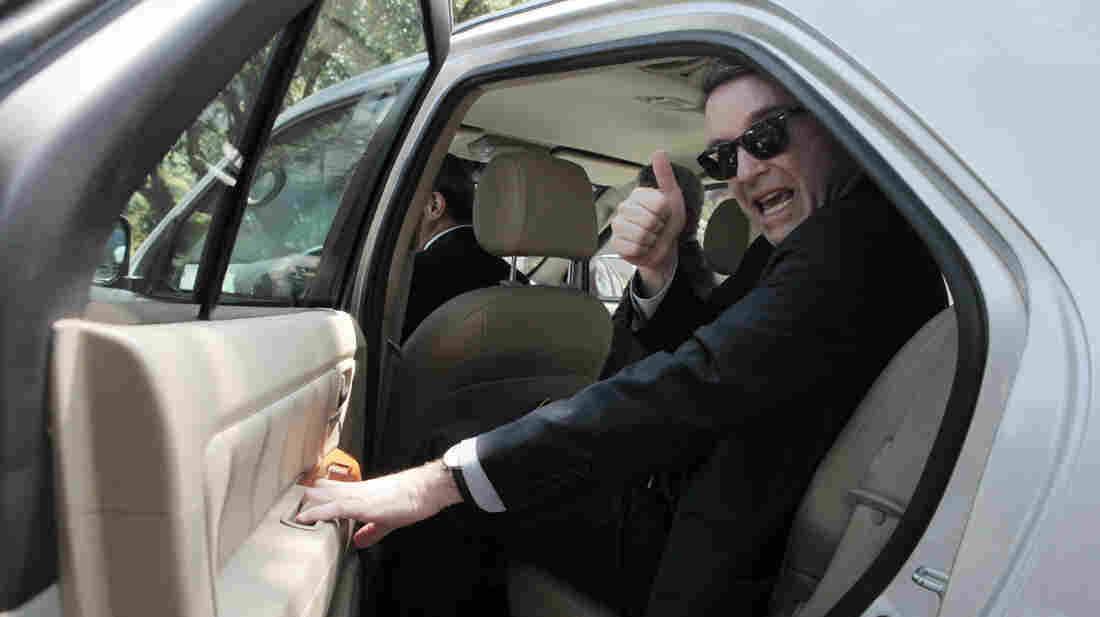 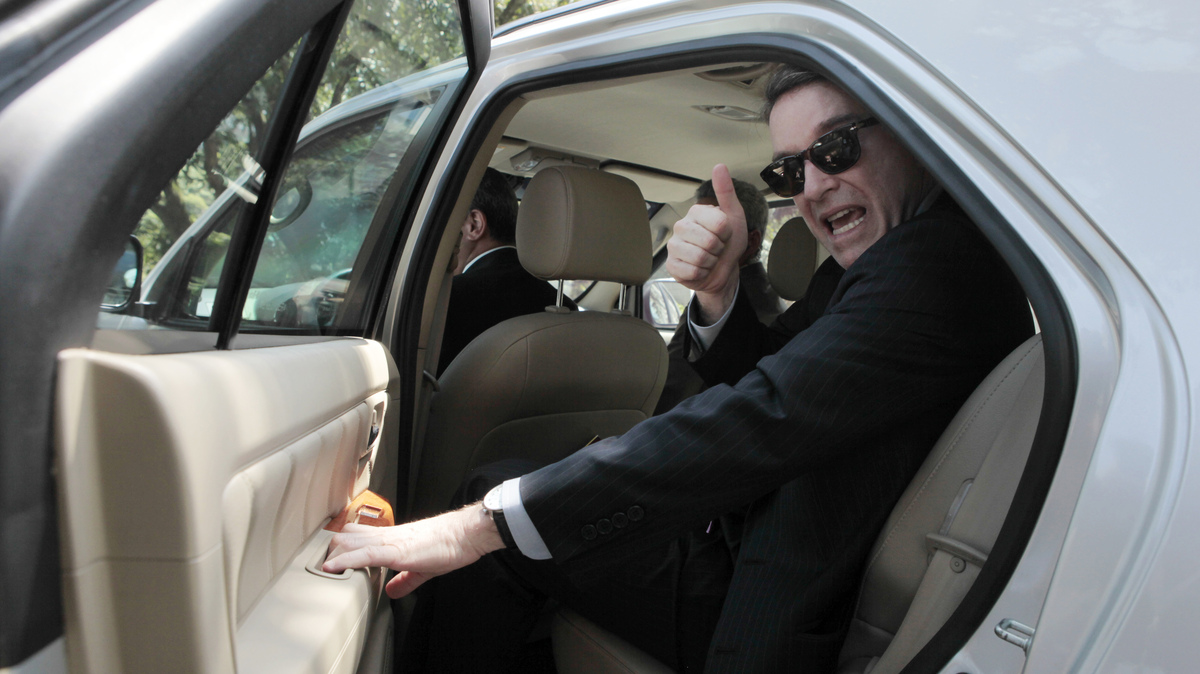 He was boastful, he was brash and he came to represent a booming Brazil that was finally taking its place as an economic powerhouse on the world stage.

Eike Batista had the cars: a Mercedes McLaren worth a quarter of a million dollars parked in his living room; the boat, called "the Pink Fleet," and the women: He was married to a former Playboy model and a Carnival queen.

The Wall Street Journal called Batista "the face of Brazil's boom," which lifted 40 million people out of poverty.

At his peak, he owned oil, mining, infrastructure and real estate companies worth, according to Forbes, some $34.5 billion in 2012.

But it's all come crashing down: On Wednesday, Batista's oil company, OGX, filed for bankruptcy, imploding his empire.

His fall is being called the biggest default in Latin American history.

"It's a huge collapse and it's important because Eike Batista has been a model for Brazilian entrepreneurs," says Antonio Dos Santos, an economist at Pontificio Catholic University. "It's a big disaster."

A disaster not only for Batista but for Brazil: His rise tracked Brazil's global ascendancy, and now his collapse is being seen as an example of the decline in Brazil's economic fortunes.

A report on Batista, and the superport he was building, before his fall.

Batista was born affluent. His father was the minister of mining and led Vale, what was then the state-run mining company. The younger Batista sought out his own fortune by prospecting for gold in the Amazon region.

Over the years he became an icon — helping to successfully bankroll Rio de Janeiro's Olympics bid and giving money to help equip and train police who pacified some of Rio's most dangerous favelas.

Batista built his wealth on commodities and a Chinese appetite for what Brazil could provide. The jewel in his crown was his oil company, OGX. He promised it would provide 10 billion barrels of oil. Investors flocked when he took the firm public in 2008. At the time it was the biggest initial public offering of stock in Brazil's history. 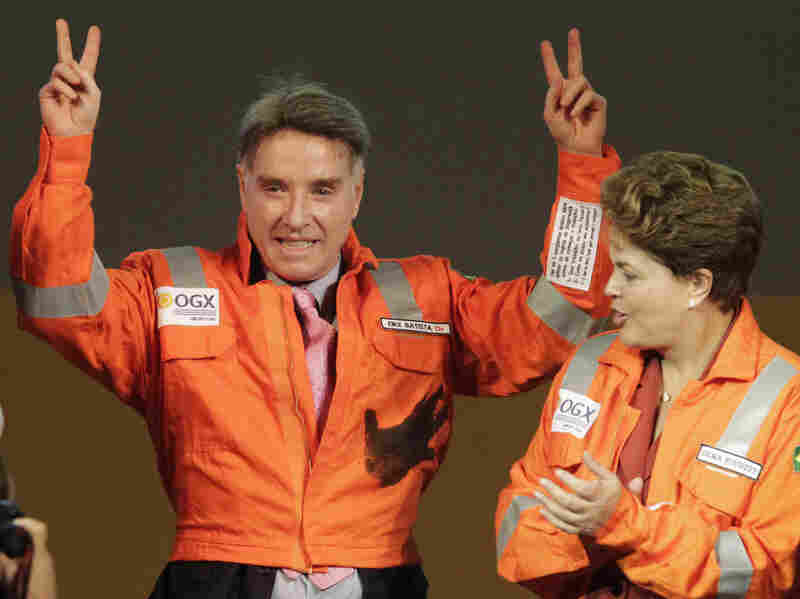 Batista appears with Brazilian President Dilma Rousseff during a ceremony in celebration of the start of oil production by OGX, Batista's oil and gas company, in 2012. The company filed for bankruptcy Wednesday. Ricardo Moraes/Reuters /Landov hide caption 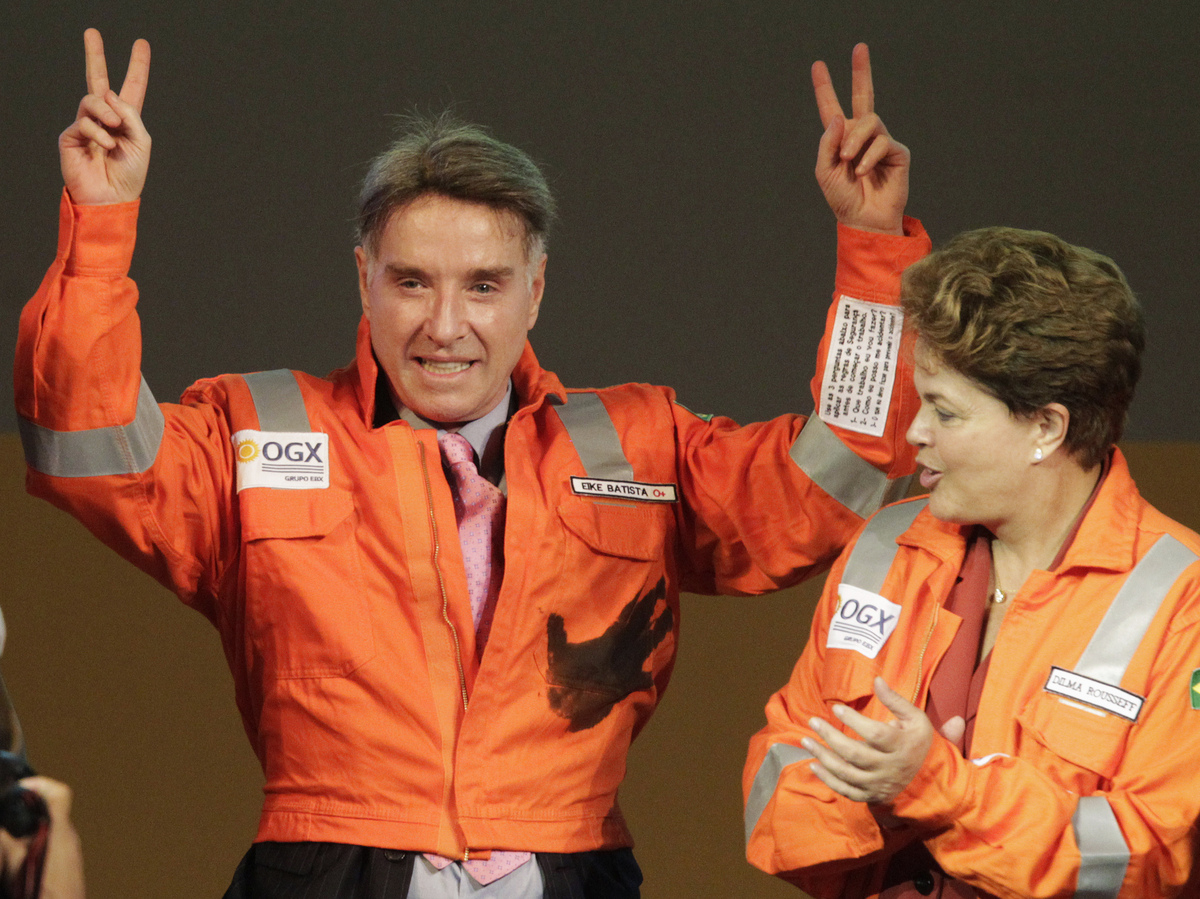 Batista appears with Brazilian President Dilma Rousseff during a ceremony in celebration of the start of oil production by OGX, Batista's oil and gas company, in 2012. The company filed for bankruptcy Wednesday.

He was helped along by Brazil's government. According to the AP, just 18 months ago President Dilma Rousseff called Batista "our standard, our expectation and, above all, the pride of Brazil when it comes to a businessman in the private sector."

But Batista couldn't deliver on his promises, and little of the oil he said was there materialized.

An editorial this week in his hometown paper, O Globo in Rio de Janeiro, said: "He's always exaggerated the potential of his companies and thus increased his stock. He built a house of cards."

It was a house of cards, though, that many people believed and invested in. Among those damaged are workers at the megaport he was building. Work there has ground to a halt, businesses are shuttered and no one knows what the future will hold.

Batista has said he is planning a comeback.

In one of his last tweets, he wrote: "A Brazilian businessman never stops dreaming."

For now though, he is living a nightmare.