Accessibility links
How One Kenyan Tribe Produces The World's Best Runners : Parallels The Kalenjin people dominate the world of long-distance running, and it seems there's no one secret. Their body structure, their training regimen and traditions that teach them to stoically withstand pain all appear to contribute to their incredible success. 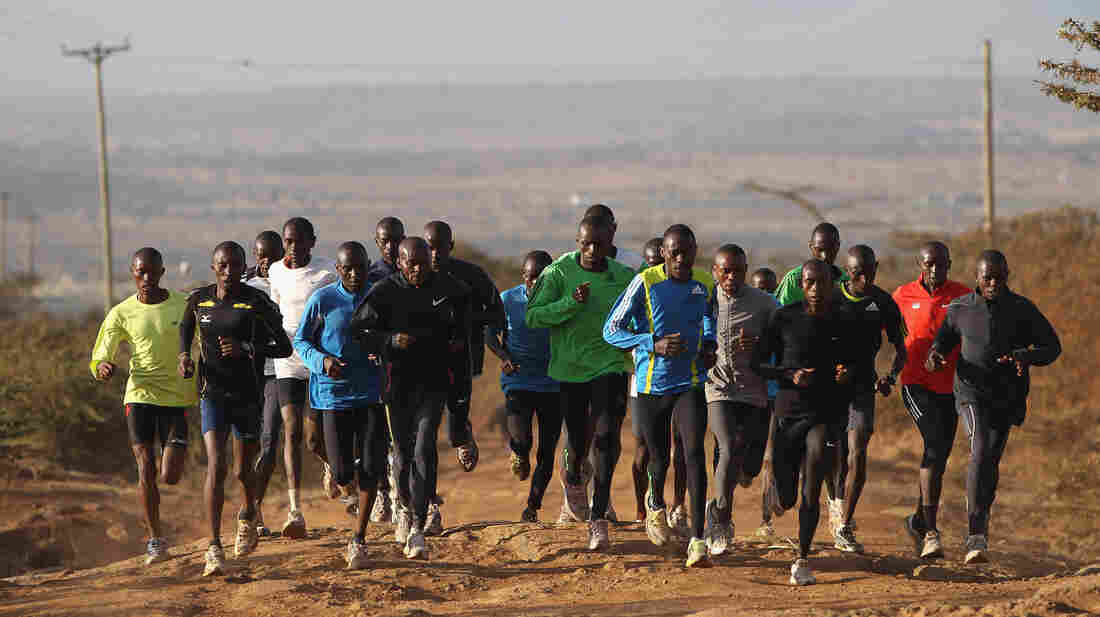 Runners train in Ngong, Kenya, in 2012. The country has produced the world's best distance runners for decades, and most belong to the Kalenjin people. Michael Steele/Getty Images hide caption 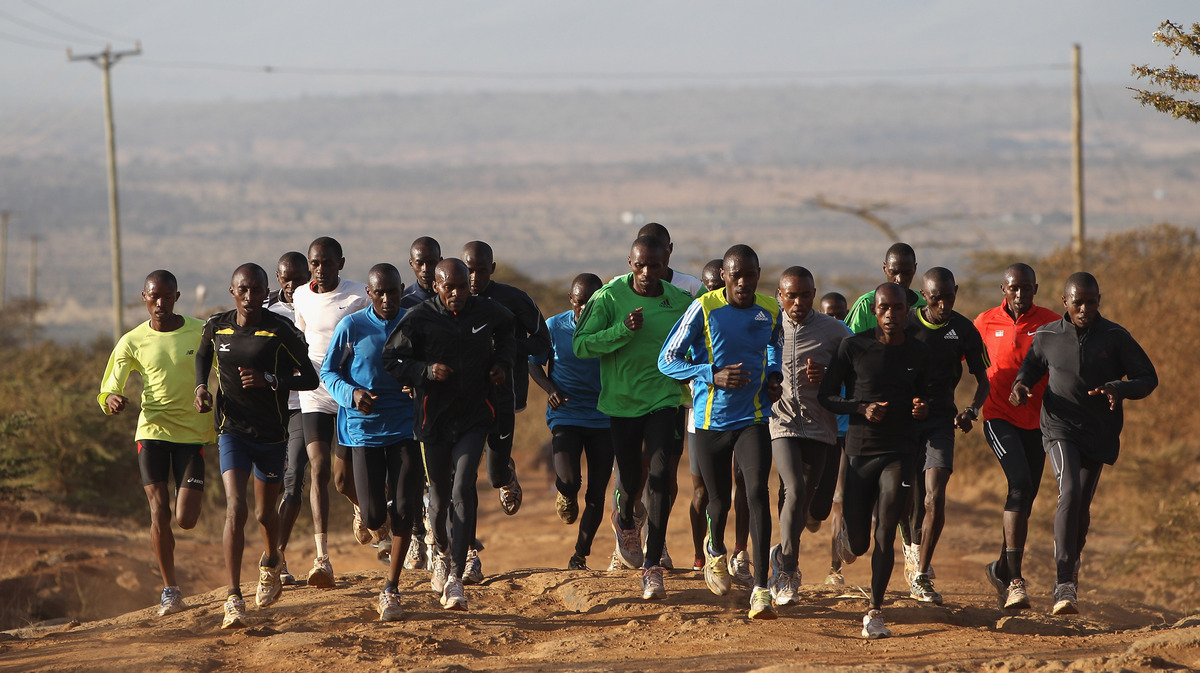 Runners train in Ngong, Kenya, in 2012. The country has produced the world's best distance runners for decades, and most belong to the Kalenjin people.

Kenyan Wilson Kipsang won this year's Berlin Marathon in 2 hours, 3 minutes and 23 seconds — an average of 4:42 per mile. It was easily the fastest marathon time ever recorded, an incredible feat for another powerful Kenyan runner.

But perhaps equally remarkable was that his fellow Kenyans also came in second, third, fourth and fifth place in this major international race. On the women's side, Kenyans placed first, second and fourth.

Two weeks later in Chicago, Kenyan runner Dennis Kimetto broke the course record there — after only having run for four years. Next in line behind him? Three more Kenyans.

"If you look at it statistically, it sort of becomes laughable," says David Epstein, senior editor at Sports Illustrated and author of the new book The Sports Gene.

He says that while we tend to think of Kenyans as really good distance runners, all these runners are actually from the same tribe of Kenyans known as the Kalenjin. They number around 5 million, making them a small minority, even in Kenya, yet they dominate most of the world's long-distance races.

The Role Of Genetics

Scientists and sports gurus have proposed all sorts of explanations over the years for Kalenjin prowess on the track: from their high-starch diet, to the altitude, to socioeconomics.

All those factors are important, but none of them explain why this particular tribe is so dominant. That left Epstein when he was writing his book exploring a more controversial line of inquiry: Is there something genetically different about the Kalenjin that makes them superior runners? 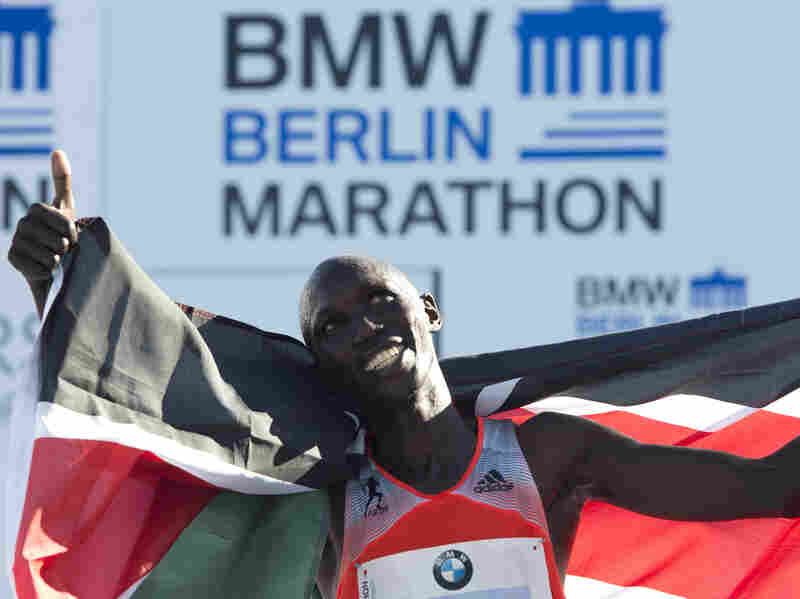 Kenya's Wilson Kipsang set a world marathon record when he won the Berlin Marathon on Sept. 29 in 2 hours, 3 minutes and 23 seconds. He is Kalenjin, a group that has produced many of the world's best distance runners. John MacDougall/AFP/Getty Images hide caption 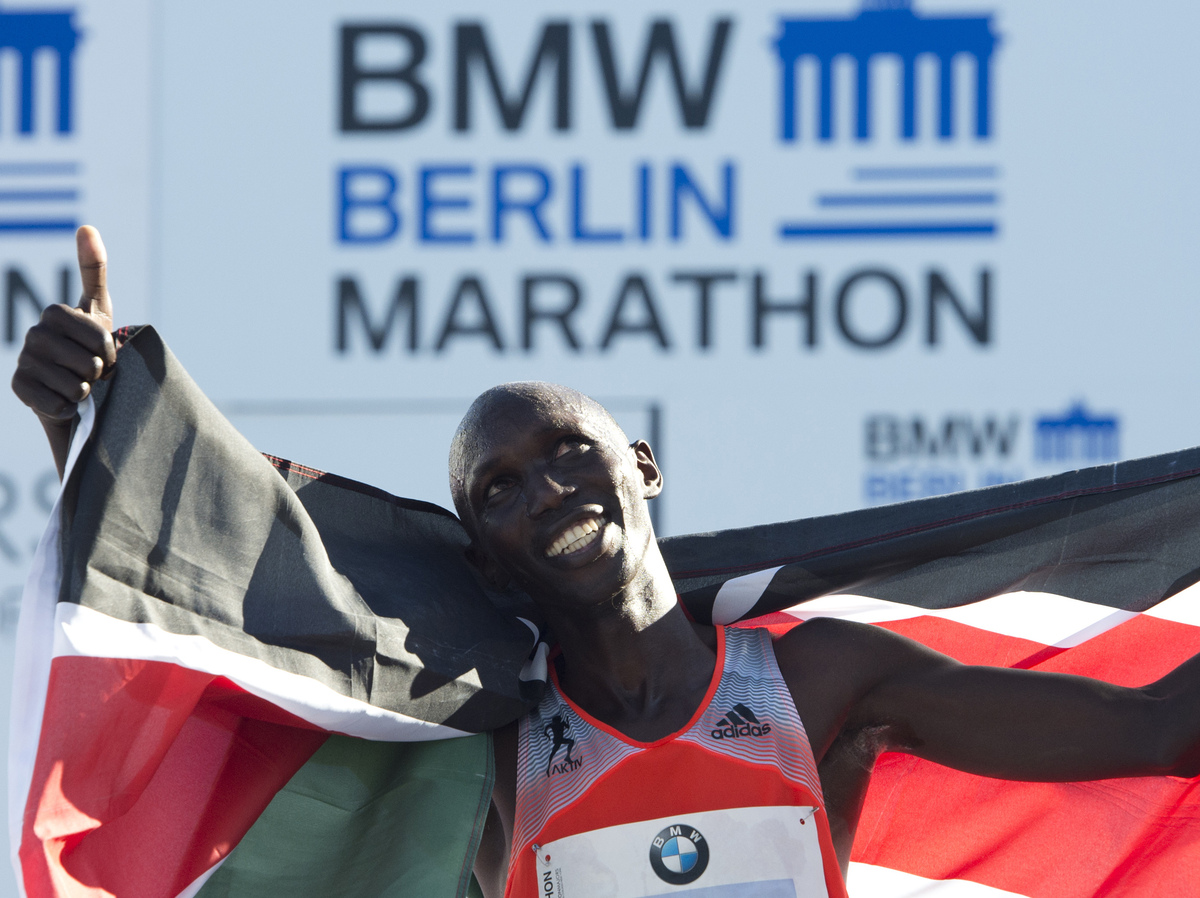 Kenya's Wilson Kipsang set a world marathon record when he won the Berlin Marathon on Sept. 29 in 2 hours, 3 minutes and 23 seconds. He is Kalenjin, a group that has produced many of the world's best distance runners.

Asking that question almost convinced Epstein to back out of his book contract. He realized he'd have to address sensitive questions of ethnic and racial differences. Academics told him they had evidence of genetic advantage but wouldn't share their research with him for fear they'd lose their jobs. "And these were professors with tenure," he says.

But some scientists did talk to him; and they explained one aspect of innate biology that clearly helps Kalenjin: the shape of their bodies.

Kalenjin have particularly thin ankles and calves, a body build common to Nilotic tribes who grow up near the equator. Epstein says this is particularly important in running because your leg is like a pendulum. The more weight you have farther away from your center of gravity, the more difficult it is to swing.

If you take a runner and put 8 pounds of weight around his waist, he can still run reasonably well. But if you put those same 8 pounds in the form of two 4-pound weights around his ankles, that will take much more energy and slow him down considerably.

Epstein says body type confers its greatest advantage among elite athletes, where other differences — in training, in aerobic capacity — are minimal. In fact, he says if you were to go to the Olympic starting line and measure everyone's ankles and calves before the race, you could predict, statistically, who's likely to win.

Or Is It 'Mental Toughness'?

Of course, when many of us turn on the Olympics we want to feel that we're watching more than a contest of physics or physical destiny.

Consider the famous 1,500-meter upset in the 1968 Mexico City Olympics.

Kalenjin runner Kipchoge Keino defeated world-record holder Jim Ryun. That day Keino not only won gold, but he also ushered in an era of Kenyan dominance.

How did he push through so much pain?

John Manners thinks he can explain. He's a retired journalist who for a long time had a specialty in covering the exploits of African runners. Now he runs a nonprofit, KenSAP, that helps place academically gifted Kalenjin kids into Ivy League schools.

When Manners was 12 years old, he lived for a while in Kalenjin country, where his dad was an anthropologist. And as a boy, Manners noticed his friends had scars on their arms and legs where they'd burned themselves with hot coals.

Manners soon learned that they were practicing for an initiation ceremony, a rite of passage that is all about enduring pain.

Elly Kipgogei, 19, remembers going through the ceremony at age 15.

First, he says, he had to crawl mostly naked through a tunnel of African stinging nettles. Then he was beaten on the bony part of the ankle, then his knuckles were squeezed together, and then the formic acid from the stinging nettle was wiped onto his genitals.

But all that was just warm-up; early one morning he was circumcised, with a sharp stick.

During this whole process — the crawling, the beatings and the cutting — Kipgogei was obliged to be absolutely stoical, unflinching.

He could not make a sound.

On The Road To Olympic Gold, Kenyan Marathoners Fuel Up On Carbs

Indeed, in some versions of this ceremony, mud is caked on the face and then the mud is allowed to dry. If a crack appears in the mud — your cheek may twitch, your forehead may crinkle — you get labeled a kebitet — a coward — and stigmatized by the whole community.

Manners says that this enormous social pressure placed on your ability to endure pain is actually great training for a sport like running where "pushing through pain" is so fundamental to success.

Manners says he thinks there's a distinct advantage conferred on athletic kids who grow up in a pain-embracing society, as opposed to a Western, pain-avoiding one.

It's not a silver bullet. Any athletic success has to be ascribed to a host of factors including body type and diet and socioeconomics and upbringing. Nevertheless, in traditional Kalenjin society, pushing through pain isn't only a desired trait, it's also part of what makes you a man or a woman.

Modernization Of The Kalenjin

After Kipgogei was circumcised, he wasn't allowed to go home. He was taken to a hut on the outskirts of the village to heal from the operation and he was told, whenever you leave this hut, you are not allowed to walk.

"So you're supposed to run and it's very fast. So you're running very swift, having the pain," he said.

Before the circumcision, Kipgogei was never a runner. Afterward, when he was done with initiation and back in high school, he decided to give it a try.

Kipgogei is now the fastest runner on his track team. In Kalenjin country, that's pretty fast.

He acknowledges he might have had a natural talent for the sport. His mom was one of the fastest runners in Kalenjin country, back in her day. She, like many Kalenjin girls, went through a painful initiation rite of her own that also demanded stoicism — female genital mutilation.

Manners says that in traditional Kalenjin belief, Kipgogei got two things from his mother. One was physical prowess, his speed on the track. The other was a mental ability to withstand pain.

But Kipgogei is part of a new Kalenjin generation that's challenging old ways of doing things. He says when he has kids, his sons will be circumcised pain-free in a hospital. His daughters won't go through any such procedure at all.

Kipgogei told himself that he can pass on the Kalenjin values without resorting to the ancient rituals.

"I believe perseverance you can get though many ways. Not necessarily through circumcision," he says. "I will teach [my children] how to persevere."

And he says his kids will still be able to be champion runners — if that's what they choose to be.