Accessibility links
Camus' Stance On Algeria Still Stokes Debate In France : Parallels A hundred years after his birth, French writer Albert Camus is perhaps best known for novels like The Stranger and his philosophy of absurdism. But it's his views on Algeria's fight for independence that continues\ to get scrutiny. 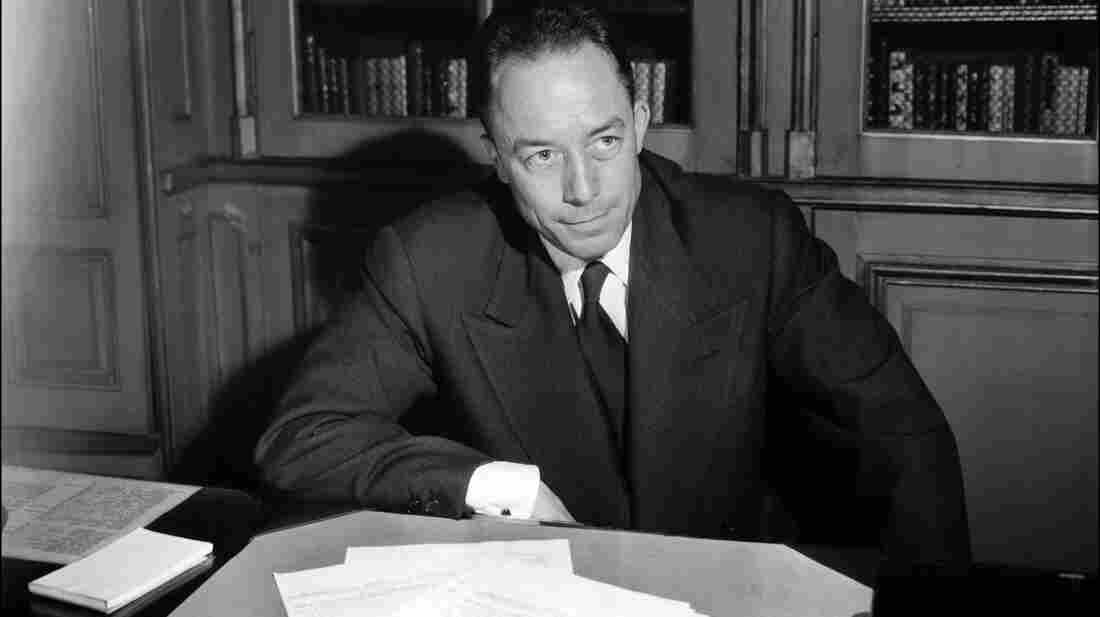 Algeria-born Albert Camus poses for a portrait in Paris following the announcement that he is being awarded the Nobel Prize for literature in 1957. Camus' views on his birthplace still stoke controversy. AFP/Getty Images hide caption 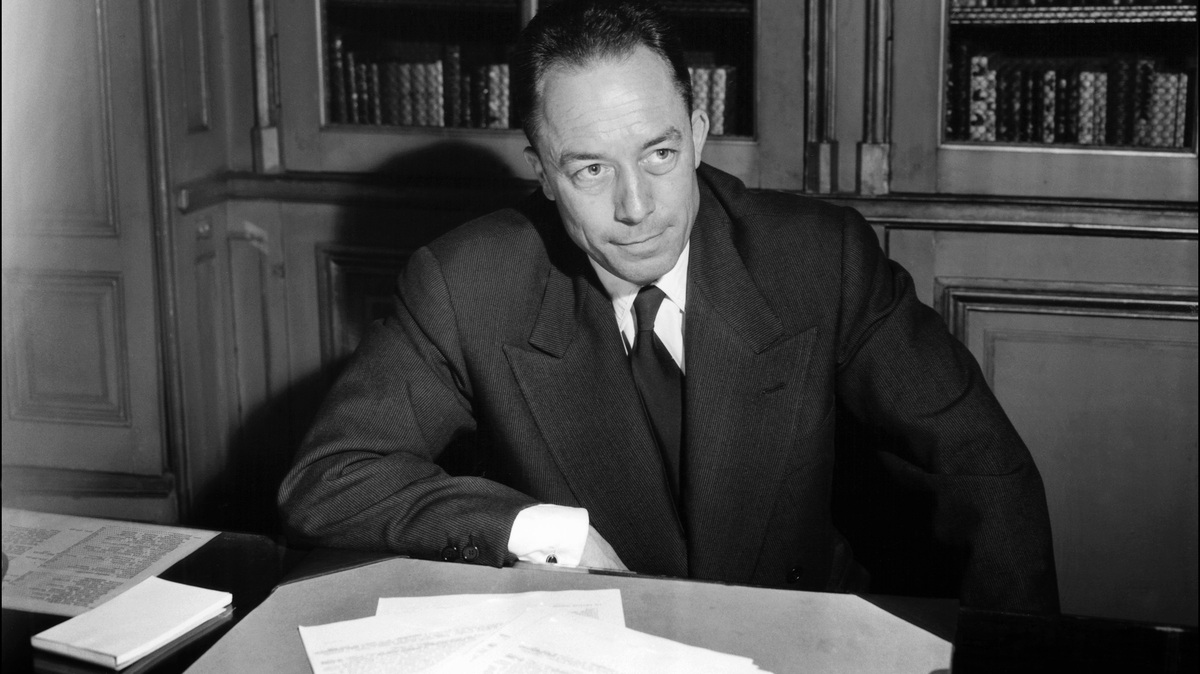 Algeria-born Albert Camus poses for a portrait in Paris following the announcement that he is being awarded the Nobel Prize for literature in 1957. Camus' views on his birthplace still stoke controversy.

A hundred years after his birth, French writer-philosopher Albert Camus is perhaps best-remembered for novels like The Stranger and The Plague, and for his philosophy of absurdism.

But it's another aspect of his intellectual body of work that's under scrutiny as France marks the Camus centennial: his views about his native Algeria.

Camus was born on Nov. 7, 1913, to a poor family that had settled generations earlier in French Algeria. His father died a year after his birth, and Camus' illiterate and deaf mother, who worked as a cleaning lady, raised him. His brilliance would deliver him from that world of poverty. 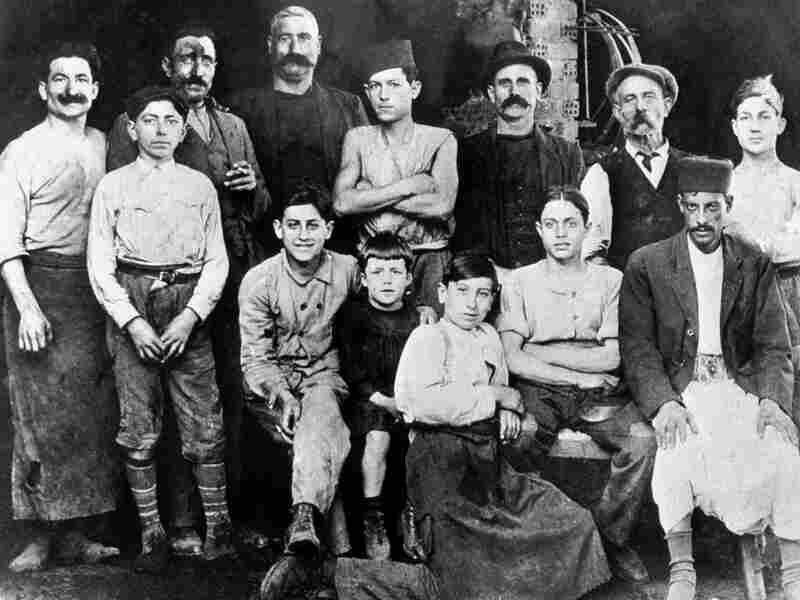 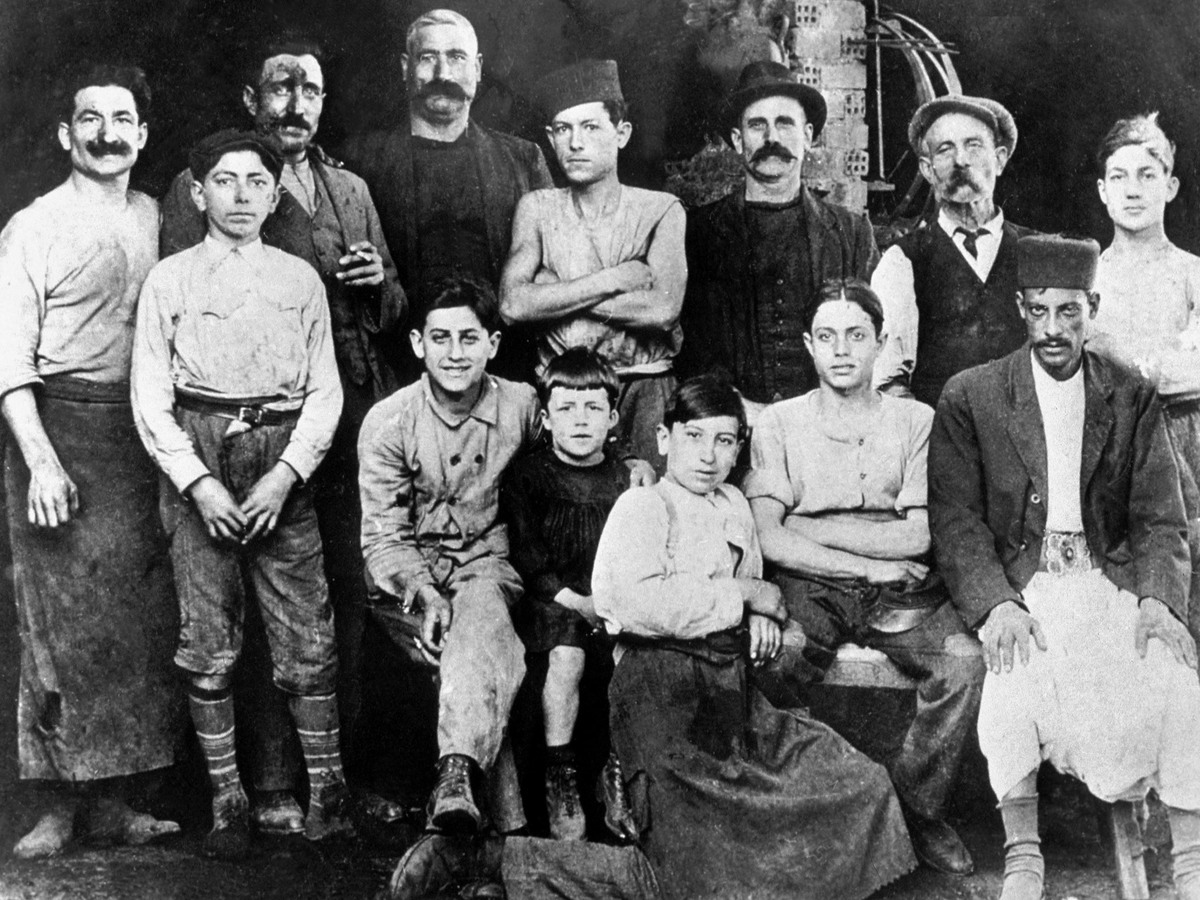 This photo from 1920 shows 7-year-old Albert Camus (center, wearing black suit) in the workshop of his Uncle Etienne in Algiers.

Camus is regarded as a giant of French literature. But according to Smithsonian contributor Joshua Hammer, it's Camus' North African birthplace that permeated his thoughts and shaped his writing.

"His two greatest novels, The Stranger and The Plague, were both set there, in Oran and Algiers. He wrote incredible lyrical essays about his life there," Hammer says. "So he's extraordinarily Algerian ... down to the core."

But Algeria has never reciprocated that love, says Hammer, who recently traced the writer's roots there. That's because Camus' French Algeria, much like apartheid South Africa, was divided into two worlds: an Arab world and the world of the pieds-noirs, or black feet, the name given to the million-plus Europeans who lived there.

"He represents an Algeria that essentially is banished from the map, an Algeria of the pieds-noirs. So this was the world that Camus knew. It was a very segregated society, he really didn't know the Arab world," Hammer says. "So that's what you saw reflected in his work."

During World War II, Camus joined the French Resistance against the Nazis and published an underground newspaper. It was his novel The Stranger, published in 1942, that brought him instant international acclaim. In 1947 came The Plague, a novel seen as a classic of existentialism.

But it's Camus' politics, not his philosophy, that still makes waves in France. Though he hailed from the left, today he's embraced by conservatives. In the 1950s, Camus fell out with philosopher Jean-Paul Sartre and the Paris left bank literary scene after he denounced communism.

Camus' stance on the Algerian war infuriated both the left and right at the time. He supported Arab aspirations for political rights, but he couldn't imagine an independent Algeria.

The topic remains sensitive in France, where 1 million pieds-noirs fled after the war ended in 1962. One Camus exhibit was canceled and two historians fired, reportedly to appease the sensitivities of the local pieds-noirs community.

"Americans in general don't know anything about Algeria and they know very little about French intellectual politics. And so Camus was always just sort of a hero," Hawes says. "There was a lot of the mythic to Camus. He was great looking, and he was heroic, and there was the resistance, he was the outsider."

Camus' life was cut tragically short at the height of his career in a car accident in 1960. He was only 46. France is still grappling with his legacy.