Accessibility links
Tripoli Zoo Sees Different Kind Of Cage — One With Migrants : Parallels They are being held by a militia paid to deal with the flow of illegal immigrants into and through Libya. Most will be deported. Libya has long been a magnet for migrants from the region. European countries are now criticizing its policies, but Libyan authorities say they need help to secure the country's borders. 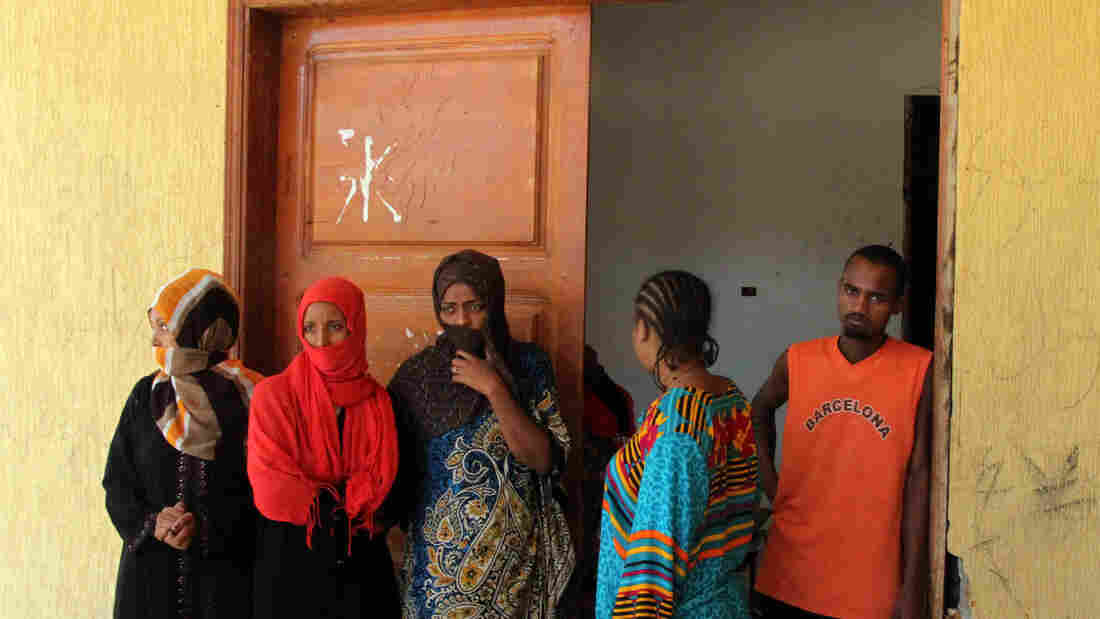 Illegal immigrants captured in the Libyan coastal city of Surman are held at a temporary prison in an eastern district of Tripoli, Libya, on Oct. 19. Hamza Turkia/Xinhua /Landov hide caption 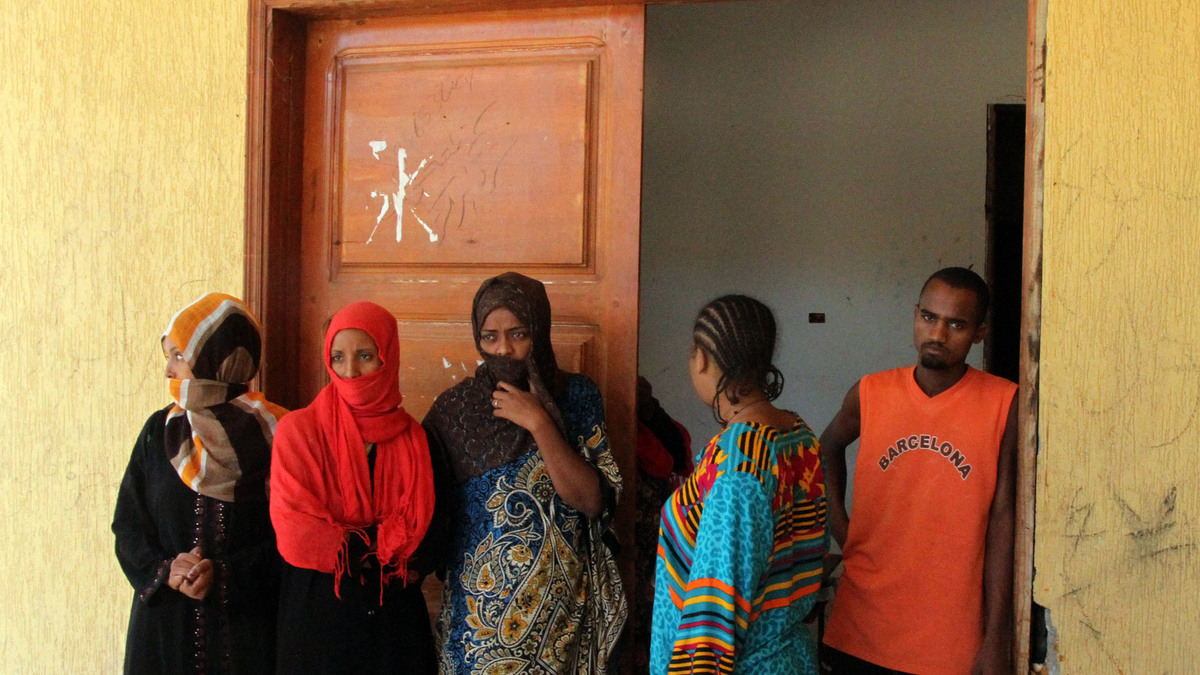 Illegal immigrants captured in the Libyan coastal city of Surman are held at a temporary prison in an eastern district of Tripoli, Libya, on Oct. 19.

Gun-toting militiamen man the steel gate that leads into the Tripoli zoo. A sign promises a garden of animals. Inside, there are paths that meander through a maze of cages and animal habitats. Monkeys climb trees; hippos submerge themselves in water and lions lounge in the heat.

Just a few hundred yards away, there's a different kind of cage: Inside there are people — migrants waiting to be deported or to prove they are in Libya legally.

Sayed Ghazallah has his men unlock the padlock on the steel bars. He is the head of a militia, paid to deal with the overflow of illegal immigrants.

In Libya, The Militias Rule While Government Founders

This is not a cage, he insists, it's just a temporary detention center.

As Ghazallah enters, the men inside jump up from the floor.

Speaking Arabic, he asks a man from Mali where his passport is. The man motions that he's already given it to Ghazallah's men. The militia commander asks how long he's been here. The man looks bewildered. He explains in rudimentary Arabic that he came seven days ago. He says he was hoping to make money to support his family. Ghazallah tells him he will be deported.

About 30 people are holed up here. They sleep on blankets on the floor. If they can prove they're here legally and test negative for hepatitis C and HIV, they are let go. But most will be deported.

Ghazallah says he and his men process around 150 migrants a day.

Libya is under criticism in Europe since a boat packed with migrants that sail from its shores sank as it approached an Italian island last month. More than 300 people drowned. Just days later, another boat capsized, leaving dozens dead, most of them refugees from the war in Syria.

Ghazallah is incensed by the criticism from Italy and other European states.

"The Europeans are on TV talking and talking about Libya — how we don't stop these boats," he says, "so why don't they help us?"

"What did Europe give to us to deal with this?" he asks. "We are not their policemen."

And the people coming into Libya and heading to Europe, he says, don't even have bread to eat. "Why isn't Europe helping them?"

Right-wing European politicians are taking tough anti-immigration stances, pointing especially at migrants coming from Libya. Their comments resonate with many in Europe who suffer in the current economic climate.

Nigel Clarke, the Libya director for the Danish Refugee Council, says it's a problem being hyped up, playing on xenophobia in Europe.

"Unfortunately, European politicians tend to exaggerate for their own purposes the numbers of people trying to claim asylum in Europe," Clarke says.

He says the burden for Europe from asylum seekers is small compared to the number fleeing from conflict zones like Syria, where more than 2 million have fled their homeland.

Some 30,000 asylum seekers reached Italy by sea this year.

The bigger problem, he says, is that most migrants who make harrowing and expensive journeys just to get to Libya are only hoping to find work here. But legally, most can't.

"The process for an African migrant to come from, let's say Niger or Mali and try to, as an individual to try to enter Libya and gain work legally is almost nonexistent," Clarke says.

Still, migrant day laborers line up on the side of the road in downtown Tripoli every day, waiting for someone to pick them for a job.

What Libya needs, says Clarke, is immigration reform, "allowing those people to come in legally and officially, and staying for maybe one or two years and going back, which is what most of them want to do."

But for now, with little chance of finding work and no way to find temporary asylum here, migrants continue to make dangerous desert treks to reach Libya. And others pay thousands of dollars to board small boats for a risky voyage to European shores.