Accessibility links
Americans Might Soon Get To Buy Mexican Beachfront, Border Land : Parallels Mexico is considering relaxing its law prohibiting foreigners from owning land within 30 miles of the coast or about 60 miles from an international border. Real estate developers say the change would lead to a boom along Mexico's coasts. But opponents fear it could launch a modern-day foreign land grab. 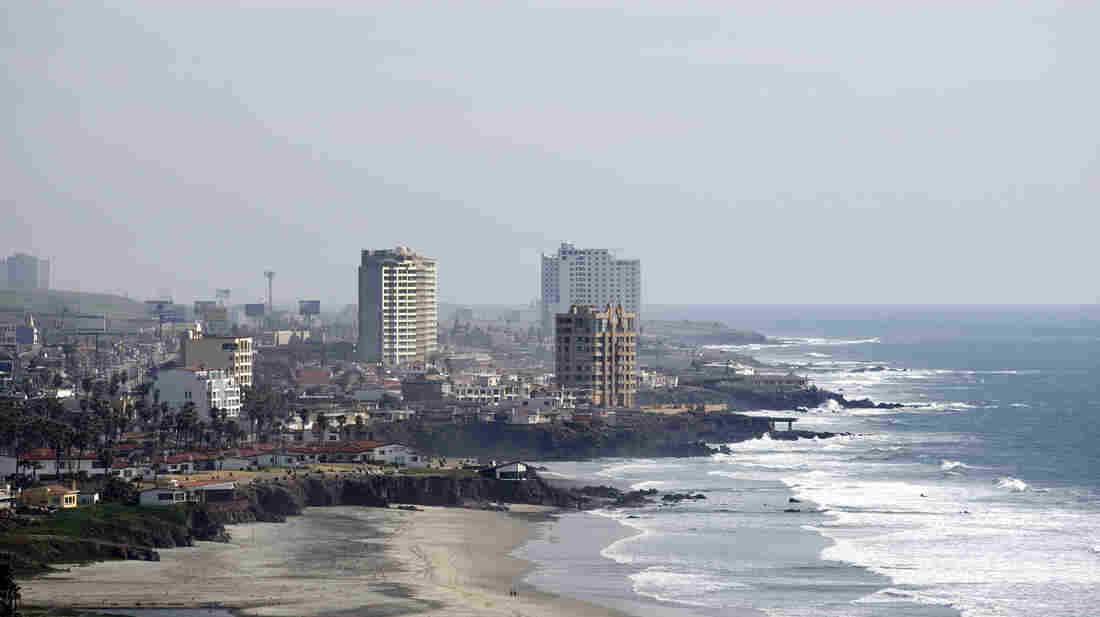 Rosarito, Mexico, near the U.S. border in the Mexican state of Baja California, is home to thousands of Americans who live there full or part time, many in properties with long-term leases. A proposed change to Mexican law would allow foreigners outright ownership of Mexican beachfront properties. Guillermo Arias/AP hide caption 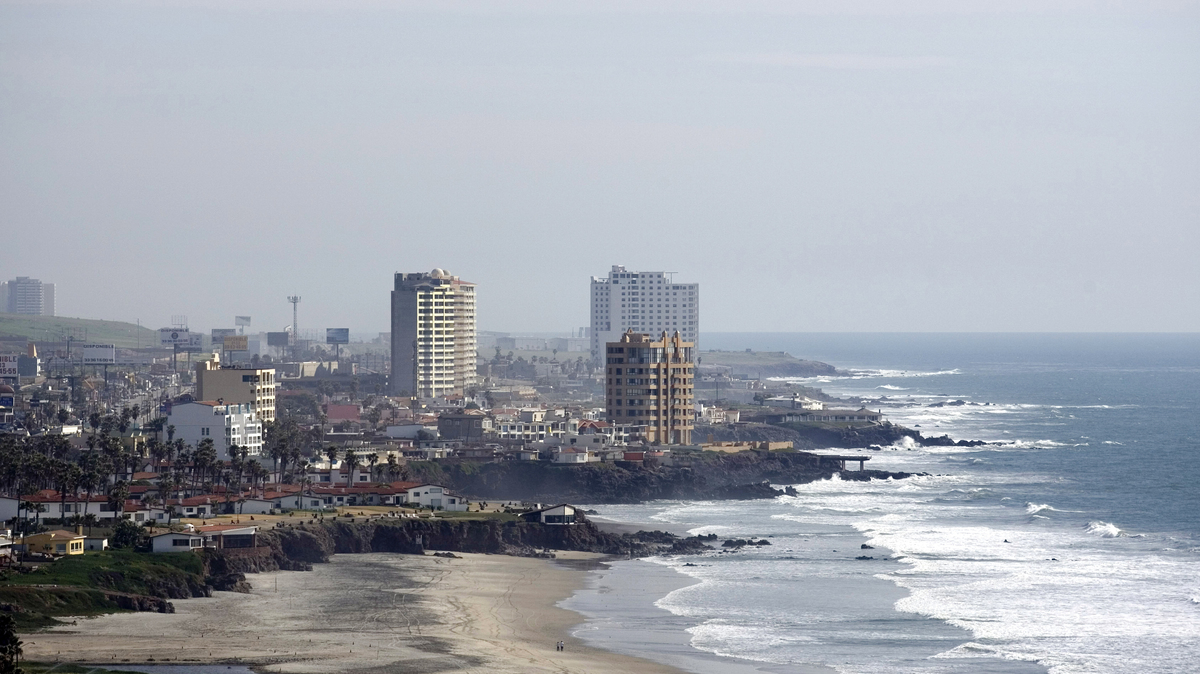 Rosarito, Mexico, near the U.S. border in the Mexican state of Baja California, is home to thousands of Americans who live there full or part time, many in properties with long-term leases. A proposed change to Mexican law would allow foreigners outright ownership of Mexican beachfront properties.

For the first time in nearly a century, Mexico is considering letting foreigners own land outright along the coast and near international borders. Right now, only Mexicans can hold the title to land in the so-called restricted zone. The president and many lawmakers want to relax the ownership laws in hopes of spurring a wave of foreign investment in the country.

But others are crying foul and reviving nationalistic fears of foreign invasion and domination that incited enactment of the law so many years ago.

American Ron Hess and his girlfriend are among those applauding the proposed change. They used to live in the Northern California town of Paradise. But Hess says his new home on the beach outside Rosarito, Mexico, is the real paradise.

"We just are elated; we just love it down here," he says. "The people are so friendly, the coastal environment, the climate, the beauty, you just can't put it into words."

Hess says his pension goes twice as far in Rosarito — less than 30 miles south of San Diego — as it did in the U.S. The only problem is he doesn't own the title outright to his new beloved home. 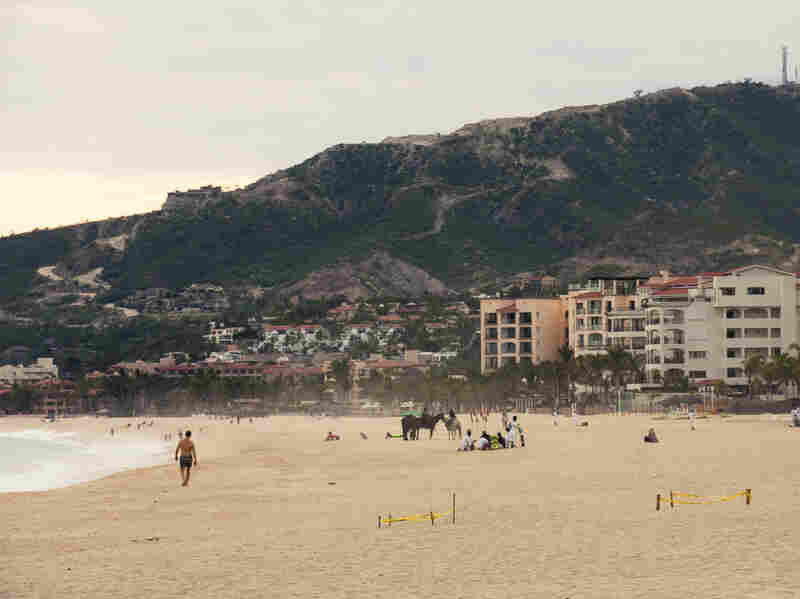 For nearly a century, foreigners have been prohibited from owning Mexican land within 31 miles of the coastline or 62 miles of an international border. Alejandro Cabrera/Flickr hide caption 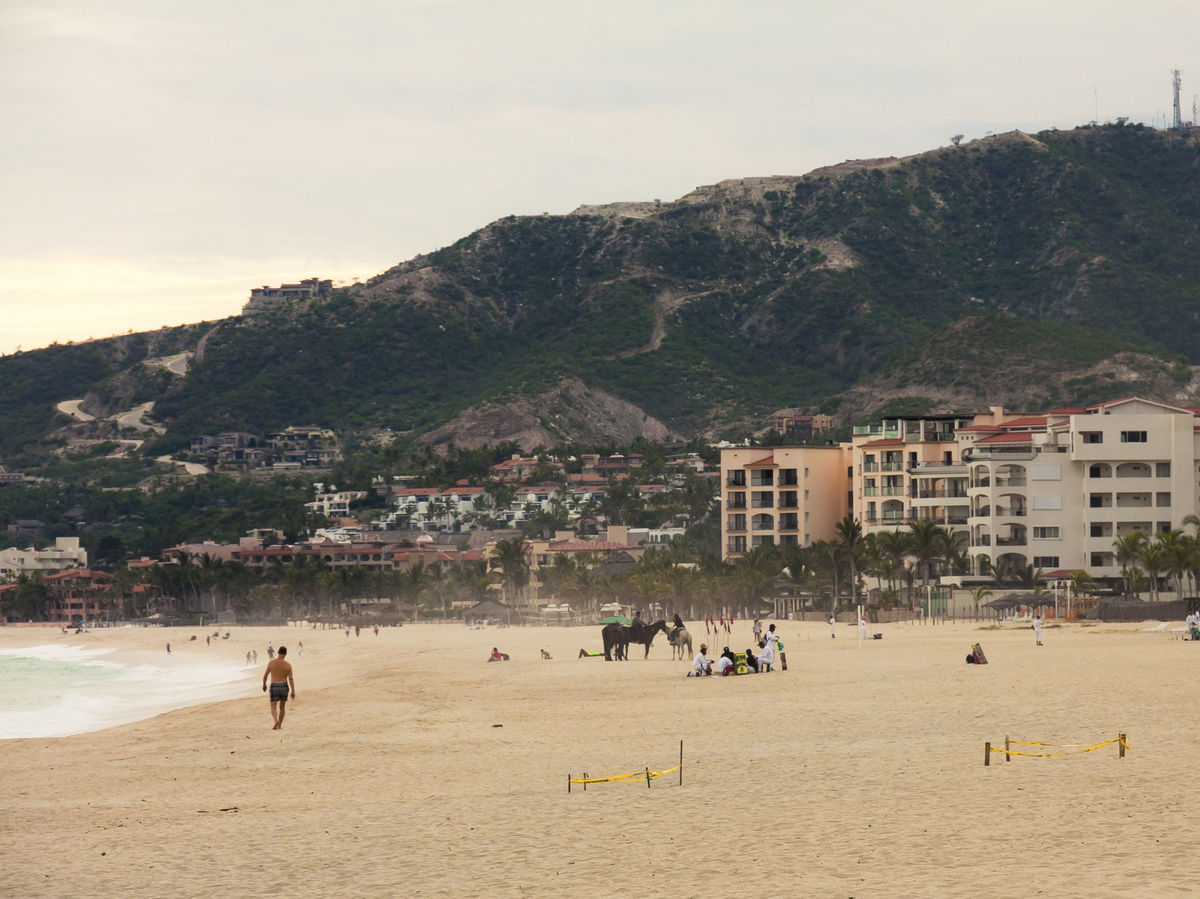 For nearly a century, foreigners have been prohibited from owning Mexican land within 31 miles of the coastline or 62 miles of an international border.

According to Mexican law, foreigners are prohibited from owning land within 31 miles of the coastline or 62 miles from an international border.

Hess, like all foreigners, had to enter into a special partnership with a Mexican bank, which gets to hold the title to his property in renewable 50-year trusts. He says a lot of his friends up north are wary of moving across the border, because of the prohibition.

"There is a lot of discomfort there with some people, because they want to make sure they own the property," Hess says.

He says he's thrilled that lawmakers are considering lifting the ban.

The new law easily passed the lower house of the Mexican Congress, but it is facing opposition in the Senate. Some lawmakers suspicious of foreign interests argue that such sensitive and valuable lands should remain in the hands of Mexicans.

He says Mexico lost Texas and quite a bit of its territory to the United States by allowing foreigners to settle at the borders.

While this may sound like overly nationalistic rhetoric, Medina's leftist Party of the Democratic Revolution, or PRD, has been able to stall the legislation and cause headaches for President Enrique Pena Nieto, who is trying to pass several reforms aimed at opening Mexico's sluggish economy.

Max Katz, a real estate agent in the northwestern Mexican state of Baja California, is closely monitoring passage of the law.

He says the market along the coast hasn't been this good in years. He shows off a villa with a million-dollar view at a fraction of the price: three bedrooms for $299,000.

"It has a very nice view of the water; it has an off-street parking area," Katz says. "A very nice setup — the living area is upstairs, which is where the view is, and the sleeping areas are mostly downstairs."

North of the border, Katz says, a comparable house is easily worth millions.

He says most of his buyers haven't been scared off by having to enter into a trust with a Mexican bank, but he says lifting the beachfront prohibition would bring about a much needed economic shot to the region that has been in a slump since the U.S. housing bust.

"It's going to open up a segment of our market ... [to] people that I don't see, that don't come because they don't feel comfortable with it," Katz says.

A vote on the law isn't likely before the end of this year's legislative session. Tens of thousands of Americans will have to wait a bit longer, at least, to own outright their slice of beachfront Mexican paradise.