Accessibility links
Too Cool For (Bike) Helmet Head? Here's One Swedish Solution : Parallels What started out as a thesis project in Sweden could revolutionize biking safety. The "invisible" helmet is an air bag tucked away in a collar fastened around a cyclist's neck. When its internal sensors detect specific jerks and jags, the air bag deploys, sending out a head-hugging hood in a tenth of a second.

Too Cool For (Bike) Helmet Head? Here's One Swedish Solution

Too Cool For (Bike) Helmet Head? Here's One Swedish Solution 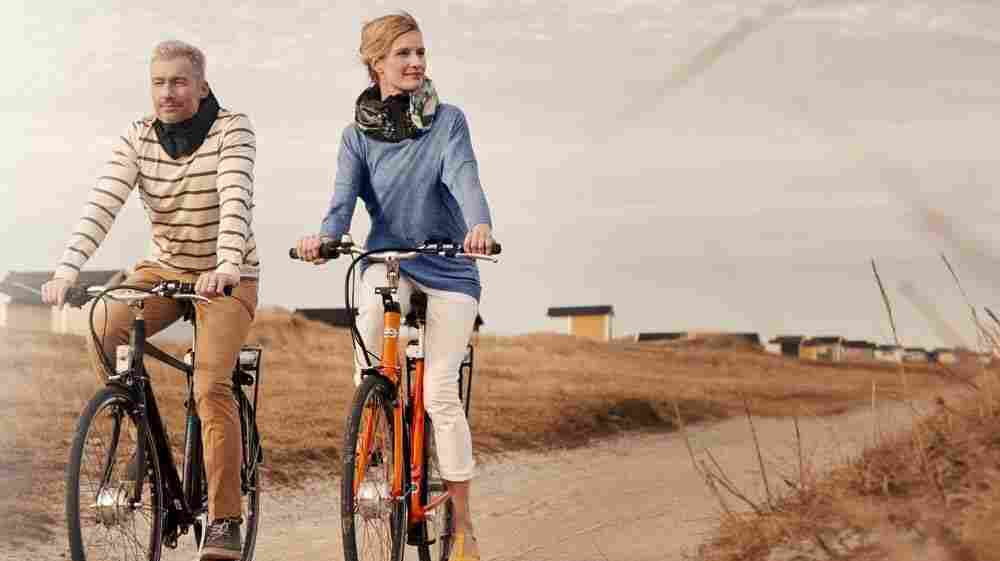 No more helmet hair: Hovding's "invisible" helmet is an air bag tucked away in a collar that gets fastened around a cyclist's neck. It's aimed at urban cyclists and priced at $535. Courtesy of Hovding hide caption 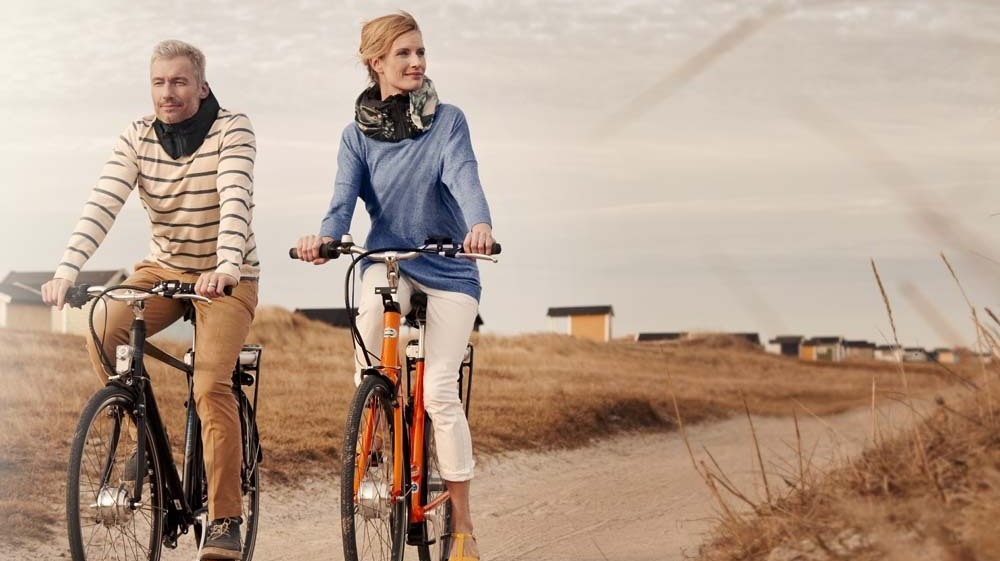 No more helmet hair: Hovding's "invisible" helmet is an air bag tucked away in a collar that gets fastened around a cyclist's neck. It's aimed at urban cyclists and priced at $535.

Hey there, hipster. No bike helmet, huh? Well, we all have our excuses. There are the vanity-driven ones that — let's be honest — explain why the majority of our brain cages sit collecting dust in the dark corners of the garage. Squashed hair, unflattering chin straps, general discomfort, etc.

Then there are the more nuanced arguments tied to piles of conflicting data about how effective helmets actually are (including one small, if oft cited study suggesting that drivers tend to pass helmeted riders at closer distances than their nonhelmeted counterparts).

But what if there were a helmet that answered both categories of complaint? One that respected your brain and your coiffure?

"Vanity might sound a bit stupid to talk about," Alstin says, "but if that is the cause of people not protecting their heads in traffic, it is a real issue that you need to address."

And, thus, what started out as a thesis project is now something that could revolutionize biking safety.

So how does it work? In a nutshell, it's not a shell for your nut. It's an air bag — one that's tucked away in a collar that cyclists fastened around their neck. When the collar's internal sensors detect a specific combination of jerks and jags signifying "ACCIDENT HAPPENING," the air bag deploys, sending out a head-hugging, air-cushion hood in a tenth of a second.

Alstin explains: "We were aiming to do a product that was as safe as conventional helmets. But [helmets] are not really as safe as people think they are. But that has not been something that you want to talk about because there was no alternative before. Using the air bag technology we were actually able to set a completely new standard for safety in the bike helmet industry."

Sweden has one of the highest percentages of people who use bikes as their primary mode of transportation, but only about 20 percent of adult Swedes wear helmets. Furthermore, bicyclists represented nearly 9 percent of all traffic fatalities in Sweden in 2005, the most recent year for which statistics were available. The comparable figure in the U.S. is 1.8 percent for that year.

In tests by a Swedish insurance company, Hovding was shown to be at least three times better at absorbing shock than conventional helmets (at 15 mph — this is a product aimed at urban cyclists). Hovding's weakest point may be that it can't protect riders from "direct hits" like overhanging branches and street signs, an issue that hasn't prevented the company from winning Europe's CE conformity label.

That said, Hovding has yet to be approved for sale in the U.S., and some experts are skeptical it will be able to muster a similar thumbs up from the U.S. Consumer Product Safety Commission. But with interest mounting, Alstin says she and her colleagues are doing their best to get to the U.S. as soon as possible.

Alas, the $535 price tag is likely to provide a new excuse for anyone who bikes as a cost-cutting measure.

And what about cyclists in, say, Florida, where a thick collar might be slightly less appealing than in chilly Scandinavia where everyone already wears scarves that appear to hold their heads in place?

"For really hot countries, we're thinking about developing a shell that would have a cooling system inside," Alstin says. Innovate on.