Accessibility links
Once A U.S. Favorite, Hamid Karzai Now Source Of Frustration : Parallels The U.S. wants to nail down a security deal that would allow a limited number of troops to remain in Afghanistan beyond 2014. But American officials say the Afghan president keeps making new demands and could put the deal in jeopardy. 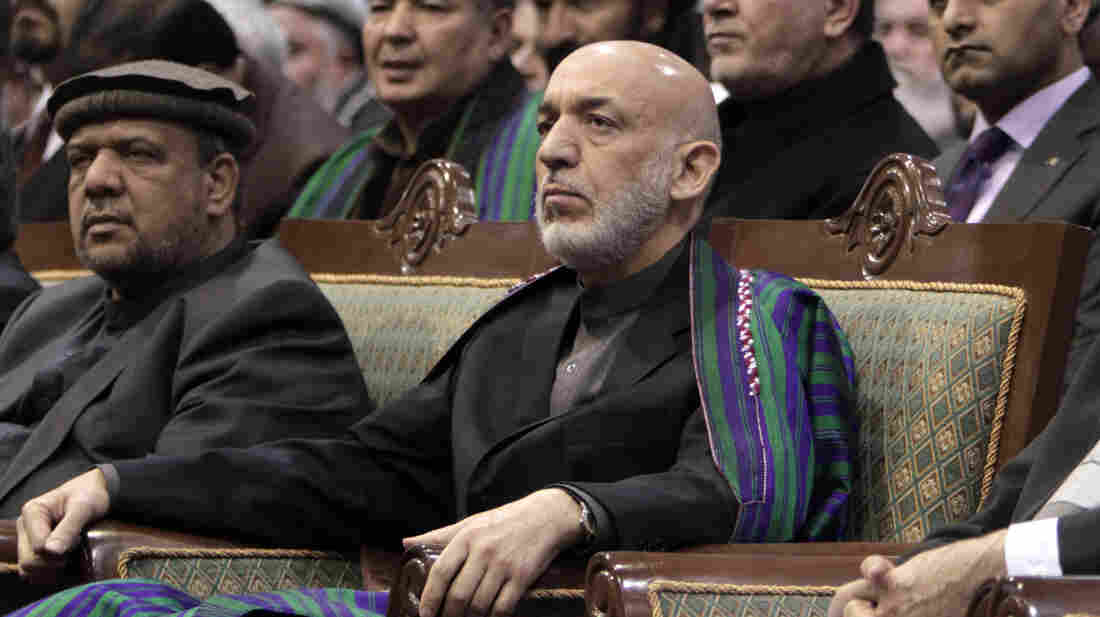 Afghan President Hamid Karzai attends the Loya Jirga, or grand assembly, in Kabul on Sunday. The assembly approved a deal that would allow the U.S. to keep troops in Afghanistan beyond 2014. But Karzai has not yet agreed to sign the deal. Rahmat Gul/AP hide caption 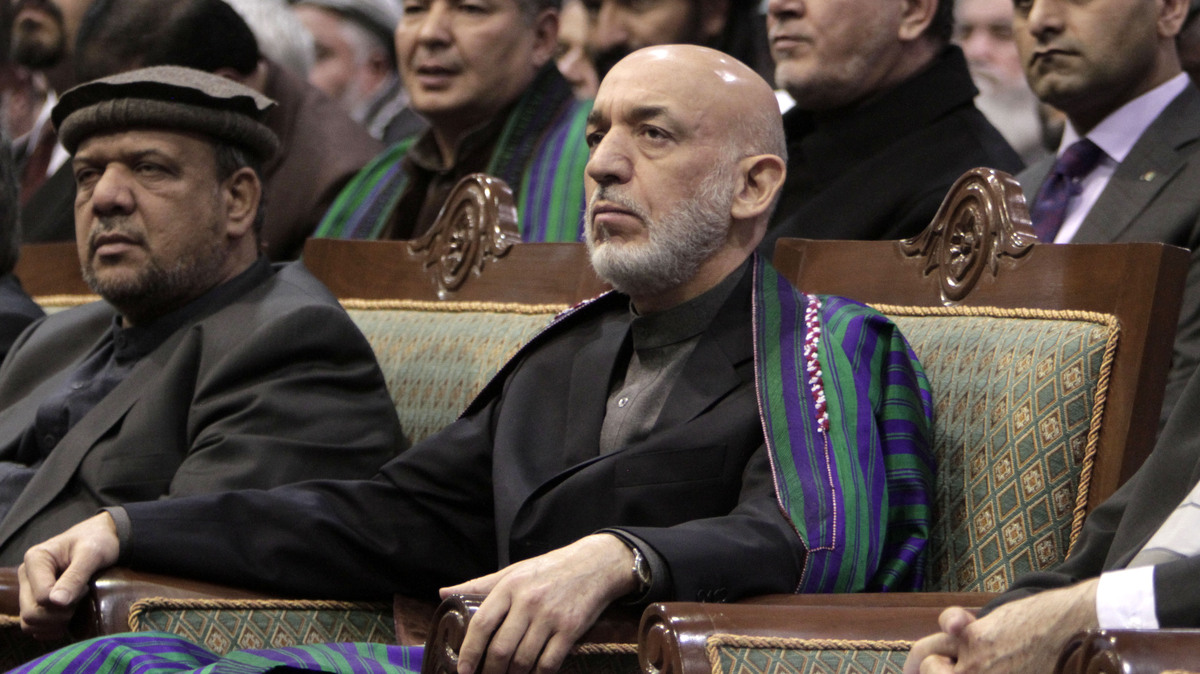 Afghan President Hamid Karzai attends the Loya Jirga, or grand assembly, in Kabul on Sunday. The assembly approved a deal that would allow the U.S. to keep troops in Afghanistan beyond 2014. But Karzai has not yet agreed to sign the deal.

Back in 2001, the U.S. strongly backed Hamid Karzai as the best man to rebuild Afghanistan after the Taliban had been driven out of power.

Karzai had a solid base among the dominant Pashtun ethnic group. With his fluent English, he seemed at ease with U.S. and other Western leaders. And he appeared reasonable and moderate, in stark contrast to the Taliban's extremism.

Yet today, the Afghan president is a source of endless frustration for the Americans.

The U.S. wants a nail down a deal that would allow perhaps as many as 10,000 troops to remain in Afghanistan after the U.S. withdraws its combat forces by the end of next year. The American troops would mostly train and assist the Afghan military, though the Americans are also seeking the authority to carry out counterterrorism raids.

An Afghan Loya Jirga, or grand assembly, on Sunday resoundingly approved the proposed deal with the U.S. and urged Karzai to sign it soon. The assembly, which consisted of 2,500 prominent Afghans from around the country, was seen as a barometer of public sentiment.

But the unpredictable Karzai keeps moving the goal posts and putting the deal in doubt, according to the U.S.

Karzai says more time is needed to negotiate and that he might not sign the agreement until after a presidential election in the spring. Karzai is stepping down and will not contest the polls.

The U.S. doesn't want the process to drag on, and President Obama dispatched Susan Rice, his national security adviser, to speak to Karzai. But the meeting Monday in Kabul did not go well.

"Rice said that without a prompt signature, the U.S. will have to start planning a complete withdrawal from Afghanistan by the end of next year. That doesn't sit well with Afghans in Kabul who believe their military needs continued support and training from the U.S."

John Podesta, an adviser to the Obama administration on Afghanistan, told NPR's Morning Edition that "Karzai has really gone from maddeningly unpredictable to dangerously erratic."

"People speculate all the time about what motivates Karzai," said Podesta, who was in Afghanistan last week. "I've given up trying to psychoanalyze the man, but I don't think he's doing his people any favors."

The U.S. military, which still has 50,000 troops in Afghanistan, needs to plan for its role after most of the forces are withdrawn next year. If the security deal remains in limbo, the U.S. might ultimately decide to leave Afghanistan altogether, Podesta said.

The U.S. military confronted a similar question when departing Iraq two years ago. When no security arrangement could be reached, all the American forces left. Iraq has not fared well since then, with widespread violence this year claiming more than 5,000 lives.

The U.S. fears a similar scenario in Afghanistan, where a resurgent Taliban could further destabilize the country.

A leading political figure in Afghanistan, Dr. Abdullah Abdullah, who challenged Karzai in the 2009 presidential election, told CNN that the Afghan president is "out of touch with people's opinions."

"At this stage, the people are realistic," Abdullah said. "They know that we need continued support in military terms from the United States, from the NATO forces."