Accessibility links
Swarming Thieves Wreak Havoc On Famed Rio Beaches : Parallels In a spate of robberies in Rio de Janeiro, young boys — some only 10 years old — descend on tourist beach areas, robbing and harassing people. The attacks come despite anti-crime efforts in the run-up to the World Cup and Olympics. It's a phenomenon that had not been widely seen since the country's crime-ridden 1990s. 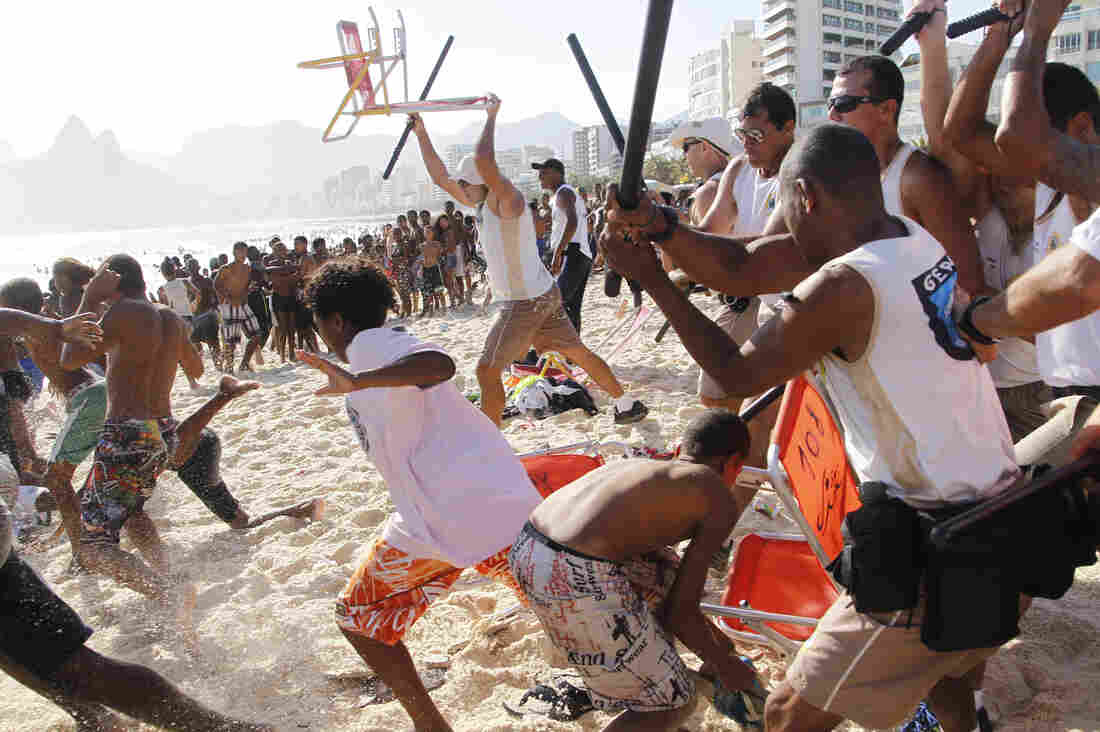 Municipal guards with batons chase a mob of thieves that snatched bags and wallets from beachgoers on Arpoador beach, adjacent to Ipanema, in Rio de Janeiro on Nov. 20. Marcelo Carnaval/AP hide caption 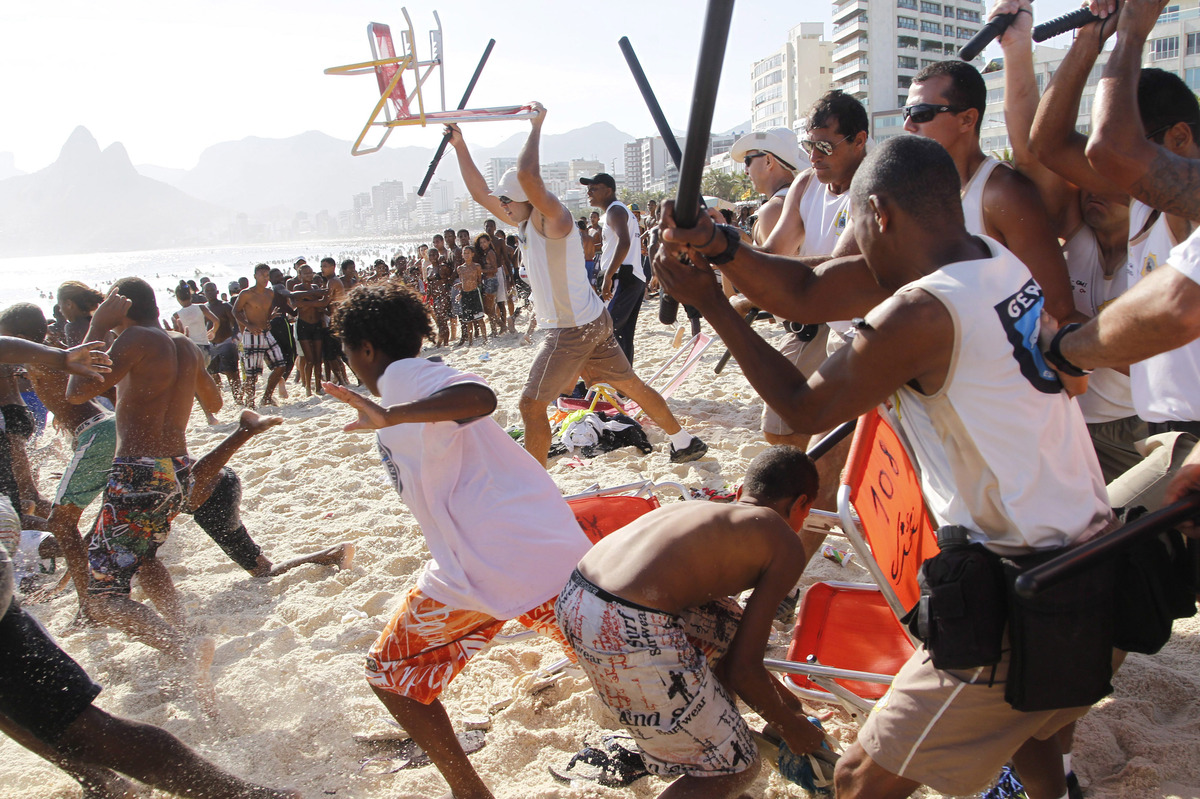 Municipal guards with batons chase a mob of thieves that snatched bags and wallets from beachgoers on Arpoador beach, adjacent to Ipanema, in Rio de Janeiro on Nov. 20.

Amanda Maia was visiting Rio de Janeiro for the weekend earlier this month with her mother. It was a sunny day and so they went to Ipanema beach to catch some rays. She says she noticed a few groups of kids.

At first, she says, they were just roaming the streets, checking people out. The ones she saw were smoking marijuana, too.

According to video shot about the same time, the gangs suddenly swept over the beach, stealing phones and snatching jewelry.

It's called an arrastao, or dragnet. In one incident captured by the Globo network video, a group of boys converges on a hapless beachgoer, pushes her to the ground and takes her bag. Police wielding sticks chase the robbers, but the kids run into the sea to evade capture.

"There was plenty of police there; that's the point — they don't care about the police," Maia says. "It's also really difficult for the police to work on the beach because the beach is really large and there are lots of people on the beach. They cannot run on the sand."

These dragnets were a huge problem in Rio in the 1990s. The fact that they are back, Rio residents say, points to an uptick in crime in the city by the sea.

There have been two episodes of mob thefts on Ipanema in November, and recent months have seen a grenade attack on a city bus and a wave of muggings. Homicides have increased almost 19 percent this August compared with last year. An American woman was badly beaten this month when a gang stole her bicycle.

All this is happening despite the city's pacification program. In advance of the World Cup in 2014 and the Olympics in 2016, Rio has sent police units to reside in some of its most violent shantytowns to bring down crime.

But analysts say the gangs are pushing back after losing territory because of the pacification program. High-profile criminal acts like this embarrass the local government and get a global audience because of what it says about security in advance of the mega-events — and the arrival of hundreds of thousands of tourists.

Maia, the out-of-town beachgoer, says she was terrified after what she saw. She says she went straight back to her hotel and spent the weekend huddled in her room, ordering her food to be delivered from nearby restaurants.

She returned to her native Sao Paulo — not exactly a safe city in itself — convinced that the situation in Rio is only going to get worse.

"It's a bomb that is going to explode," she says.