Accessibility links
Help-Wanted Ad Shows Depths Of Spain's Unemployment Problem : Parallels Having trouble wrapping your head around southern Europe's staggering unemployment problem? This week, Ikea advertised for 400 jobs in a new megastore on Spain's Mediterranean coast. It got more than 20,000 online applicants in 48 hours, before the retailer's computer servers crashed. 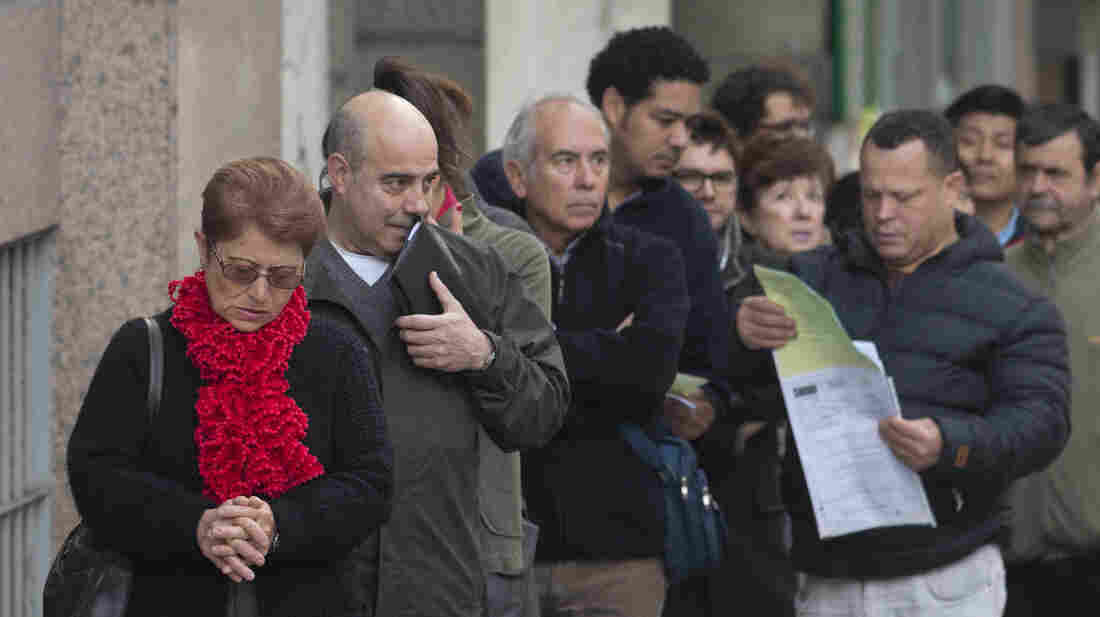 People line up outside a government unemployment office in Madrid on Oct. 5. Spain has an unemployment rate of 26 percent. Paul White/AP hide caption 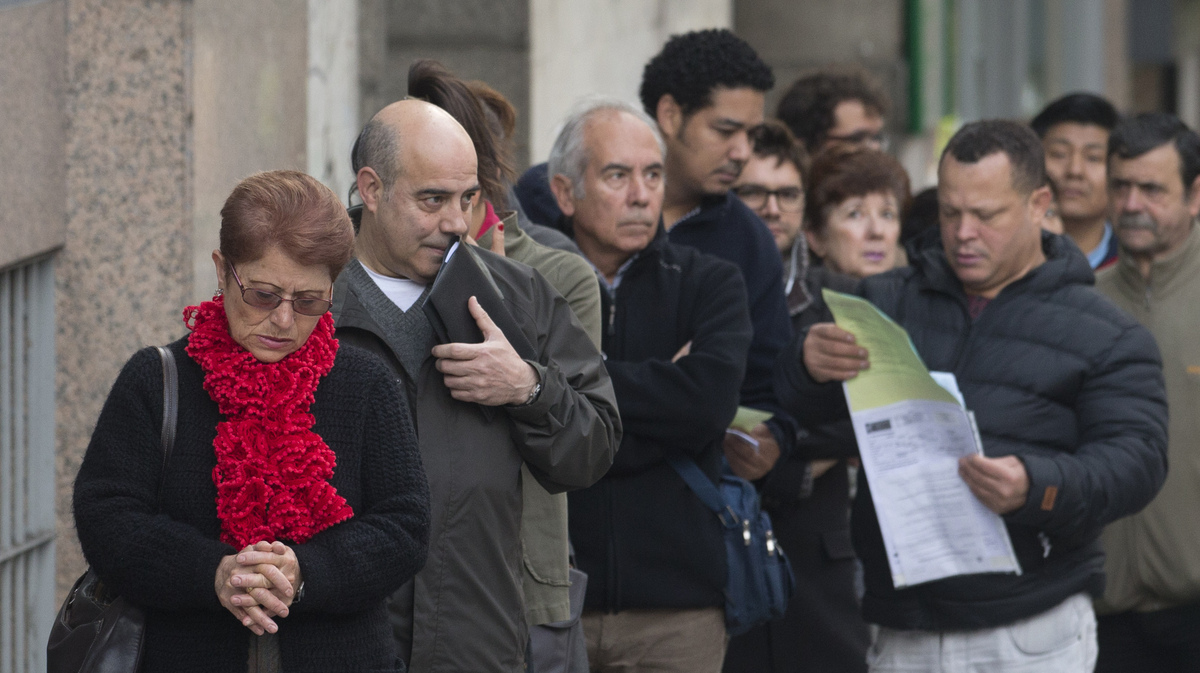 People line up outside a government unemployment office in Madrid on Oct. 5. Spain has an unemployment rate of 26 percent.

Look no further than a single Ikea furniture store on Spain's Mediterranean coast.

The Swedish retailer plans to open a new megastore next summer near Valencia. On Monday, Ikea's Spanish website started taking applications for 400 jobs at the new store.

The company wasn't prepared for what came next.

Within 48 hours, more than 20,000 people had applied online for those 400 jobs. The volume crashed Ikea's computer servers in Spain.

"We had an avalanche of applicants!" Ikea spokesman Rodrigo Sanchez told NPR in a phone interview. "With that quantity, our servers just didn't have the capacity. They collapsed. After 48 hours, we had to temporarily close the job application process. We're working on a solution, to reopen the job page as soon as possible."

That initial volume alone gives applicants a 1-in-50 chance of landing the job — three times more difficult than getting into Harvard last year.

And that's factoring in only the applicants in the first 48 hours, who managed to apply online before Ikea's servers crashed. Once Ikea gets its servers back up and running, the job application window will still stay open until Dec. 31, allowing potentially tens of thousands more job seekers to file applications, Sanchez said.

"I feel lucky to have a job. Ikea is a great company. In this case we have 20,000 initial people who want to work with us," he said. "But we know we're in this situation at least in part because of the state of the Spanish economy."

Spain's unemployment rate is 26 percent; it's more than double that among people in their 20s. Greece, Italy and Portugal also suffer from painfully high unemployment — and economists predict they will continue to do so even after they emerge from recession.

The Spanish economy posted 0.1 percent growth in the third quarter of this year, marking the official halt of recession. Exports are up, and Parliament has passed critical labor reforms.

Spain's jobless rate actually dropped 1 percent this year. But that's little consolation for those Ikea job seekers. It could be years before their odds improve.