Accessibility links
NAFTA Opened Continent For Some Canadian Companies : Parallels A generation after Mexico, Canada and the United States signed the North American Free Trade Agreement, cross-border business is flowing. Some Canadians were fearful of their southern neighbors, but Bombardier Aerospace, with plants now in the U.S. and Mexico, illustrates one way NAFTA changed business. 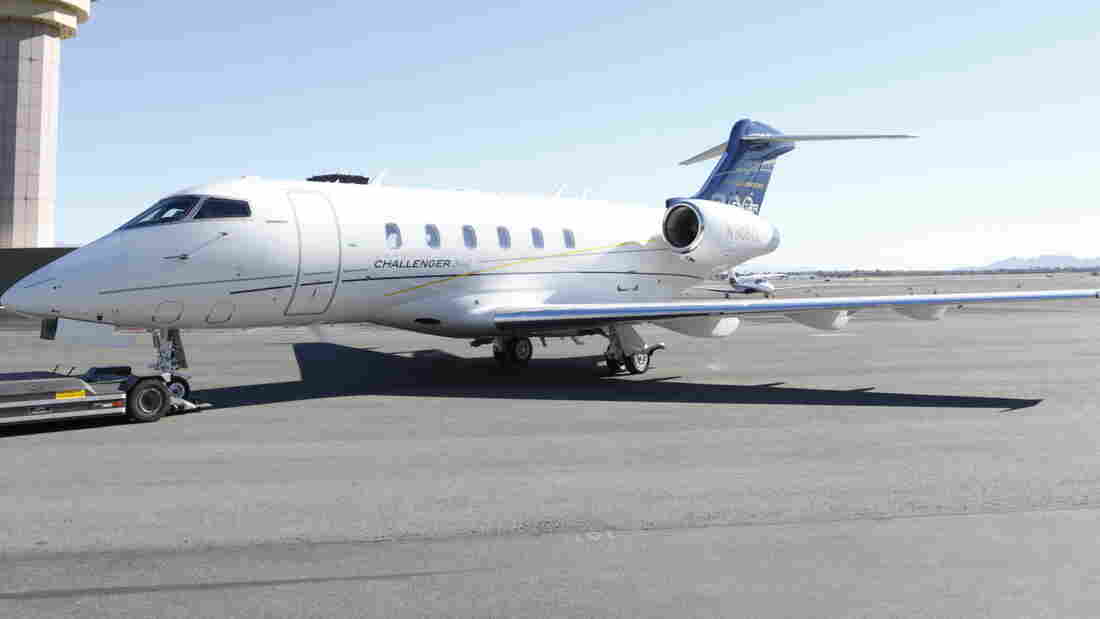 The Bombardier Challenger 300 is one of the most popular midsize business jets in production. Canada-based Bombardier has boomed in the two decades since the North American Free Trade Agreement was signed. Todd Williamson/AP hide caption 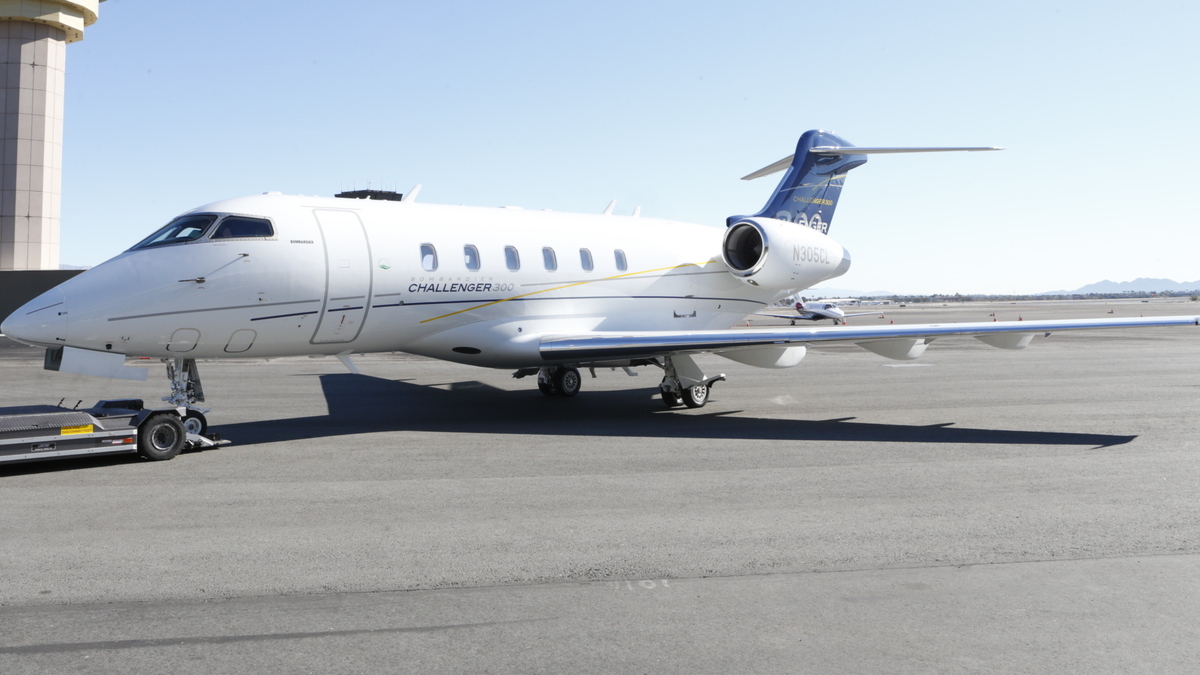 The Bombardier Challenger 300 is one of the most popular midsize business jets in production. Canada-based Bombardier has boomed in the two decades since the North American Free Trade Agreement was signed.

Six brand new Challenger corporate jets sit on a showroom floor waiting to be picked up here at the Bombardier Aerospace plant on the outskirts of Montreal. Manager Frank Richie watches as technicians polish the gleaming aircraft and make last-minute adjustments. Each one is personalized, from the leather trim inside to the fancy paint job on its exterior.

Through a side door, you enter an enormous assembly line for more than a dozen other Challenger jets. The factory floor spans nearly 900,000 square feet.

Bombardier has been around since 1942, when it began making snowmobiles. It expanded and become the world leader in rail manufacturing, and is now No. 3 in aerospace.

The company has received loans and tax subsidies from the Canadian government over the years. But Michael McAdoo, Bombardier's vice president of international business development, points to the 20-year-old North American Free Trade Agreement as really opening up business opportunities for the company.

He points to Bombadier's new Lear Jet 85: "We basically did the bulk of the design in Montreal. ... The complete fuselage and wing of the aircraft along with all the wiring harnesses are all made in our new facility in Queretaro, Mexico. ... The final assembly is done in Wichita, [Kansas]."

"We could not have done that aircraft in the way we did it and it would not have been able to be launched without" NAFTA, says McAdoo. "Those three parts of the region each providing something at which it's highly competitive."

McAdoo says Bombardier does only a tiny amount of business in Canada: The market is simply too small. He says it was critical for the company to secure access to the U.S. market, with 10 times the population of Canada. This is what then-Prime Minister Brian Mulroney had in mind back in the mid-'80s when he first introduced the idea of a free trade agreement to Canadians, says economist Kevin Lynch.

"The issue was, with the world changing, could we remain a relatively closed economy and grow and prosper, or did we have to expand our marketplace?" says Lynch.

That was five years before NAFTA. Mulroney wanted to break Canada's long tradition of protectionism and make the country more competitive. But it was a hard sell.

"There was a real feeling that you just couldn't trust the Yanks," says Gordon LaFortune, a trade lawyer in Ottawa. "I think the main concern was there was a fear of the unknown. There was a fear the United States was going to completely absorb Canada, and Canadians were going to lose out entirely. ... The Americans were going to swamp our economy. All of the jobs would go south."

In Ottawa, the Canadian capital, there were heated debates in 1988 between Mulroney and opposition leaders over a free trade deal. The issue ultimately forced a federal election. Mulroney won by a tiny majority, and the free trade deal was signed.

Within two years, Canada sank into recession. American companies closed their offices and headed south. But the economy recovered and cross-border trade began to flow.

Trade lawyer Michael Woods, who was a NAFTA negotiator, says the trade agreement forced Canadian businesses to step up their game.

"Some companies went out of business because they couldn't survive in a more competitive environment, and many thrived, and by thriving became stronger," he says.

But the widespread fears that the country would be completely subsumed by the U.S. were never realized. And by the time the U.S., Mexico and Canada started talking about NAFTA five years later, it was an easy sell, says economist Lynch, a former clerk of the Privy Council, Canada's most senior civil servant.

"One of the most important things ... the free trade agreement and NAFTA did was to nudge us into that global marketplace and [into] taking a chance on our abilities to compete," says Lynch.