Accessibility links
Portugal's Baby Bust Is A Stark Sign Of Hard Times : Parallels The birth of a baby is a joyous occasion, and an increasingly rare one in Portugal, where the birthrate has dropped 14 percent since the economic crisis began. The poorest state in Western Europe faces a demographic time bomb as its population ages, the workforce shrinks and youth are unemployed or going abroad. 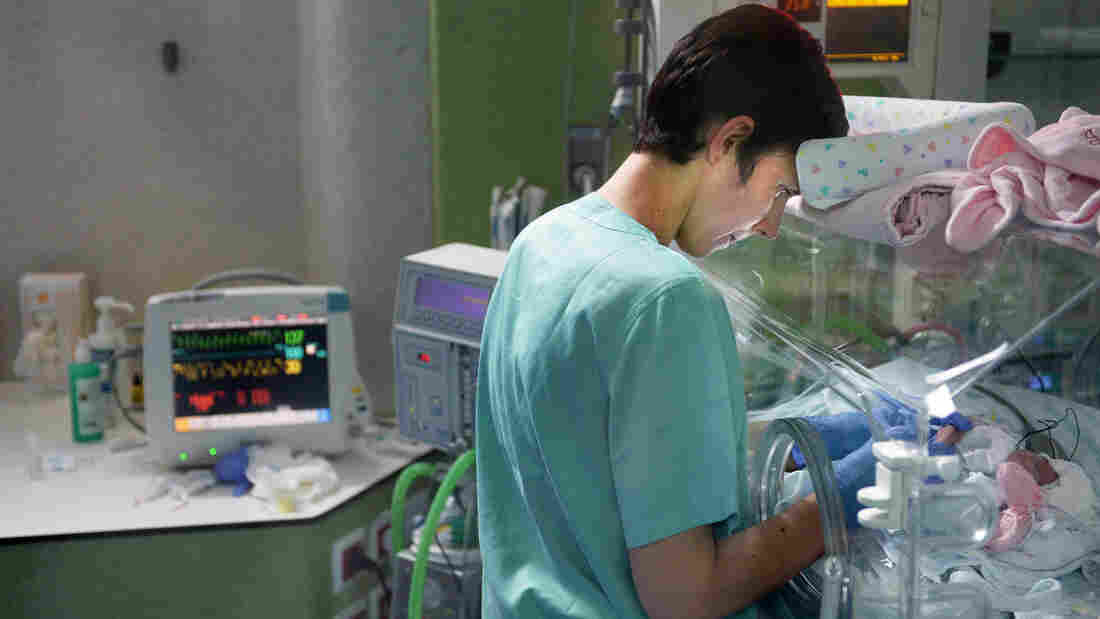 In Lisbon, the waiting area of Portugal's biggest maternity hospital is empty. You can hear the hum of soda machines across the hall. There's just one expectant father, pacing the room.

Mario Carvalho, 40, has a toddler son and now awaits the birth of his baby girl. 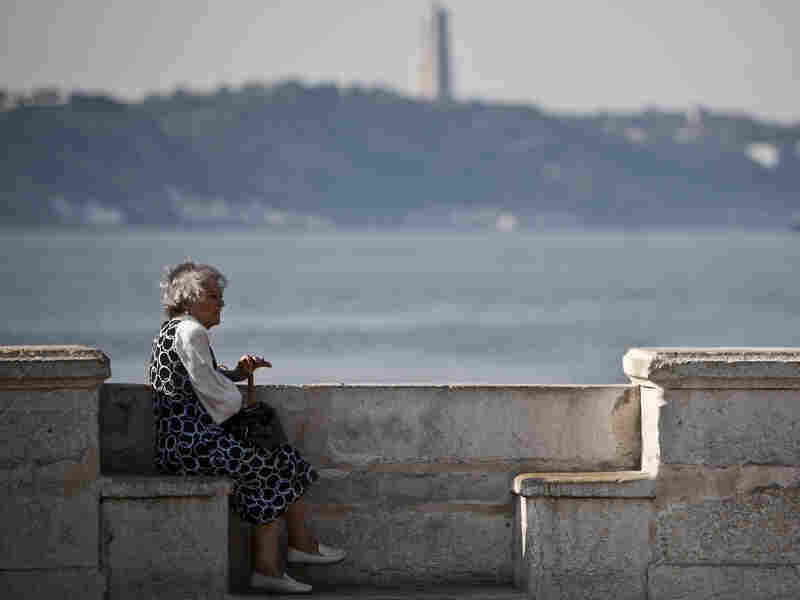 An elderly woman sits near the Tejo River in Lisbon on Oct. 17, 2011. Portugal's population is aging rapidly, due to a drop in births coupled with growth in emigration. Patricia De Melo Moreira/AFP/Getty Images hide caption 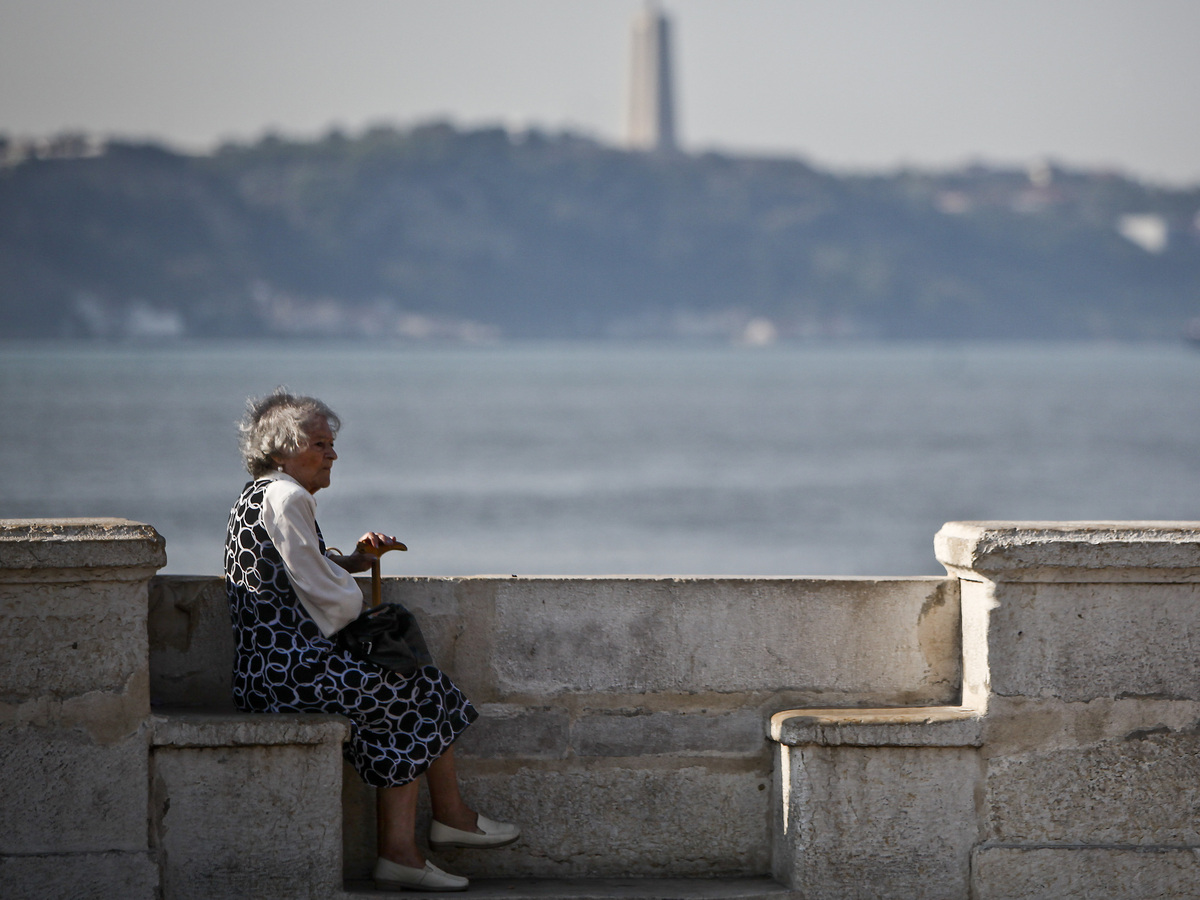 An elderly woman sits near the Tejo River in Lisbon on Oct. 17, 2011. Portugal's population is aging rapidly, due to a drop in births coupled with growth in emigration.

"Today, I hope!" he says with a nervous smile.

The birth of a new baby is a joyous occasion. But in Portugal, it's an increasingly rare one. Since the economic crisis hit, the country's birthrate has dropped 14 percent, to less than 1.3 babies per woman — one of the lowest in the world.

Rising unemployment and poverty mean people are putting off having kids, or moving abroad. Portuguese schools and maternity hospitals are closing. They just don't get enough business anymore.

Carvalho says he's able to have a rare second child thanks only to his relatively secure public sector job, as a Lisbon bus driver. But his wages have been cut, and he worries about the future.

"I have a lot of friends going to England, to France — because they don't have a job in Portugal," Carvalho says. "It's difficult, very difficult."

More than 100,000 Portuguese of child-bearing age move abroad each year. That's one person emigrating every five minutes, in a country of just 10 million. Many of those who stay home in Portugal put off having families indefinitely. They can't afford it.

Dr. Ana Campos is the head obstetrician at the hospital where Carvalho's daughter is being born, Maternidade Doutor Alfredo da Costa. She first started delivering babies here 32 years ago.

"The rooms were filled. We had more than 40 deliveries a day," Campos recalls. "And now we have 10 deliveries in one day — one-quarter." 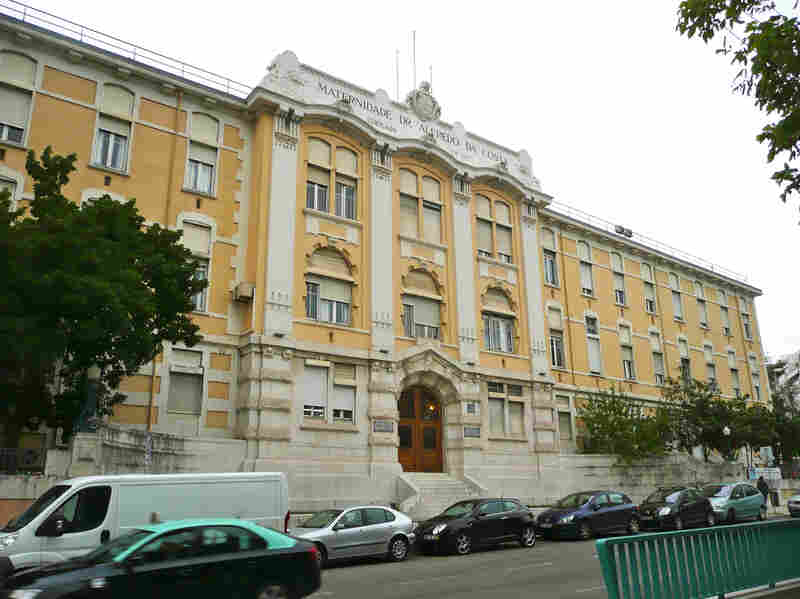 The government is closing schools and maternity hospitals, and Maternidade Doutor Alfredo da Costa Hospital was slated to close last summer. But MAC staff went to court to fight for their jobs and won a reprieve, so the facility remains open — though two whole wings sit unused. Lauren Frayer for NPR hide caption 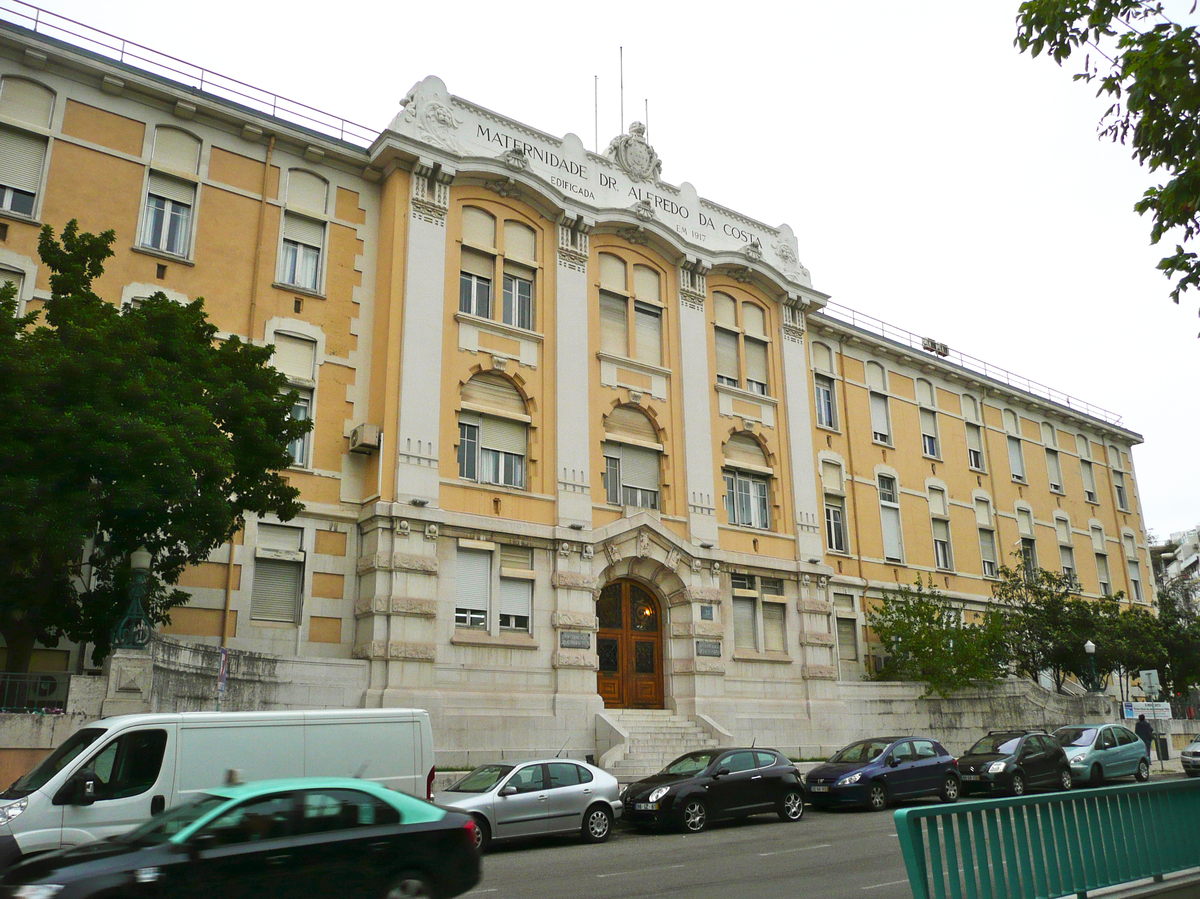 The government is closing schools and maternity hospitals, and Maternidade Doutor Alfredo da Costa Hospital was slated to close last summer. But MAC staff went to court to fight for their jobs and won a reprieve, so the facility remains open — though two whole wings sit unused.

Two whole wings of the hospital now sit unused, with the lights off. And Portugal is limiting the number of medical students admitted to study obstetrics in public universities. The country doesn't need them anymore.

Birthrates have been falling across southern Europe for decades, as women in traditionally Catholic countries like Spain, Portugal and Italy get access to birth control and higher education, and enter the job market. But Portugal has seen the biggest, fastest drop in births — down to the lowest level in 60 years.

"In fact, we have hit an all-time low, since we have records, of birthrate," says Arlindo Oliveira, who heads the Instituto Superior Técnico at Lisbon University.

Fewer future workers and taxpayers are being born to pay for the rest of the population's retirement. Portugal is already bankrupt. It got a $103 billion bailout from Europe two years ago, and may need another one.

Portugal's lopsided demographics are nowhere more evident than in the fast-emptying countryside. In the country's biggest and poorest province, Alentejo, the birthrate has dropped 55 percent since 1981.

A Portuguese Tradition Of 'Healing' Dolls For Christmas

"There are only two or three children in a small village, and there are like 10 or 15 more elderly people than there used to be," says Luisa Condeço, a doula birthing coach who lives in Alentejo's biggest town, Évora. "So they're closing some schools and preschools and transforming them into nursing homes for older people."

But when a baby is born, the whole village celebrates. Rare birth announcements are splashed on the front pages of weekly papers in rural communities. Town halls deliver gift baskets to the lucky parents' doorstep. And the grandmothers, of course, are ecstatic, says Condeço.

"Especially the grandmothers — they're always complaining, 'Oh, this is the only one!' So they go and buy everything they can," she says. "I have seen that so many times. They want to do everything they can, because it's going to be the only granddaughter or grandson they have."

Back in Lisbon, the Maternidade Doutor Alfredo da Costa Hospital was actually slated to close last summer. But employees went to court to fight for their jobs. They won a reprieve, and the hospital remains open for now — for the jobs, if not for new babies.