Accessibility links
The 'Downton Abbey Law' Would Let British Women Inherit Titles : Parallels British hereditary peers have always been able to pass down titles and estates to their male relatives. But now Parliament is considering a bill that would allow daughters to inherit as well. 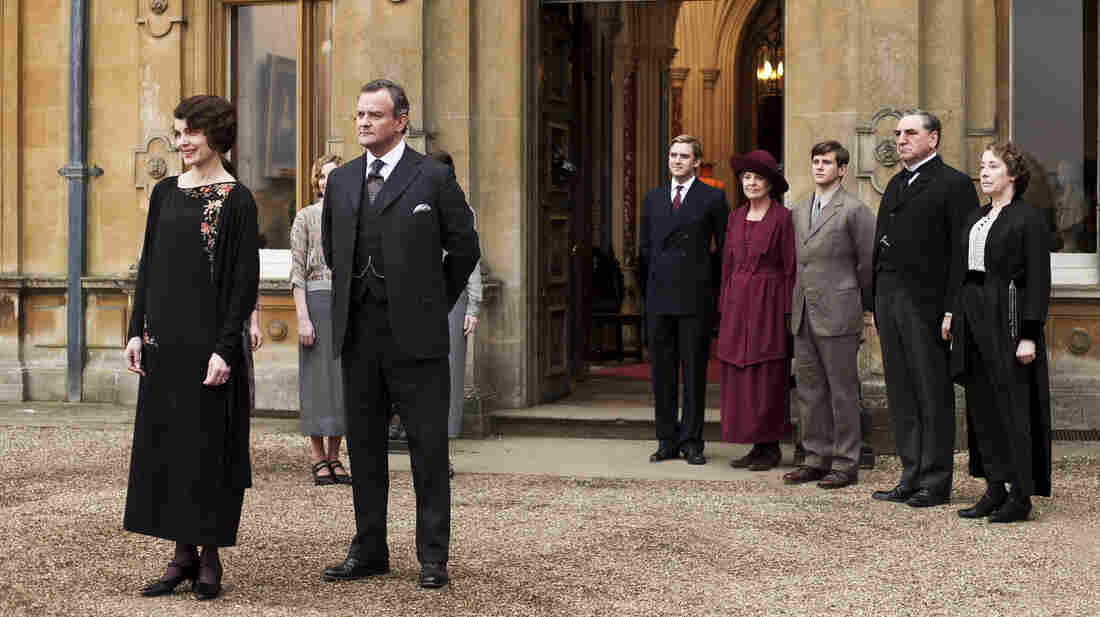 The TV series Downton Abbey has dealt with the issue of inheritance that allows British hereditary peers to pass down titles and estates to male relatives, but not female ones. Parliament is now considering a change to that law. Nick Briggs/AP/PBS hide caption 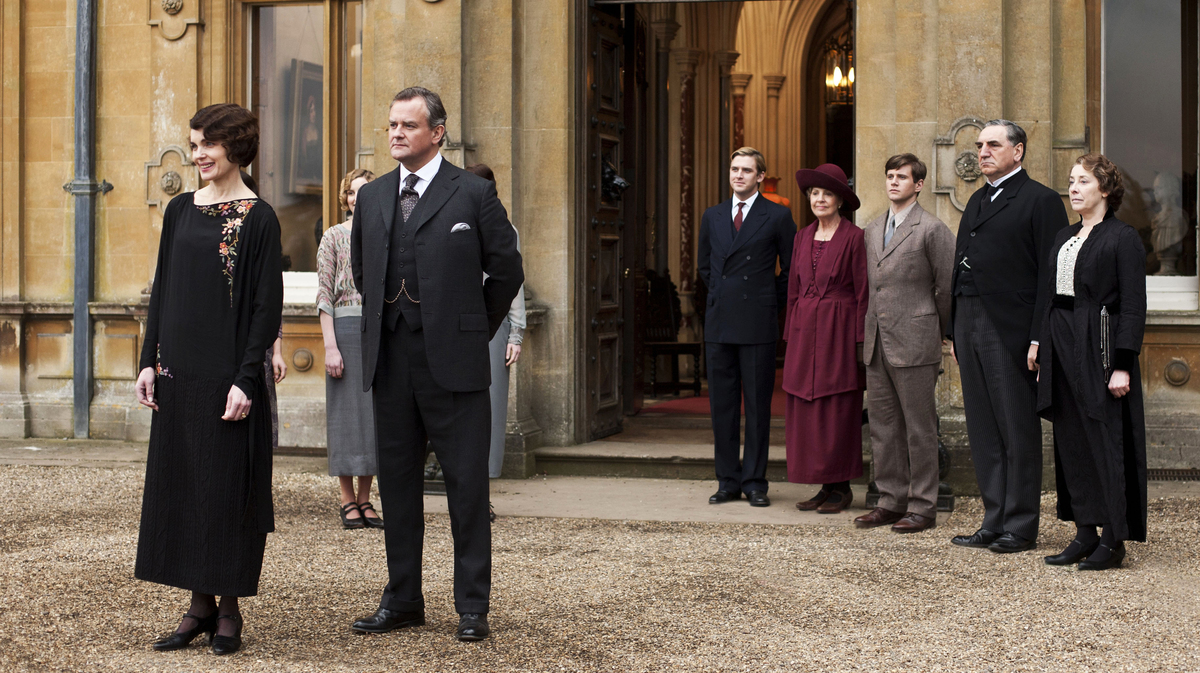 The TV series Downton Abbey has dealt with the issue of inheritance that allows British hereditary peers to pass down titles and estates to male relatives, but not female ones. Parliament is now considering a change to that law.

Centuries before the U.S. was colonized, the British were handing down estates and titles from father to son. Never from mother to daughter.

Then came the royal pregnancy last year. The Duke and Duchess of Cambridge, aka William and Kate, had a boy, George. But before the prince was born and his sex known, Parliament changed British law so a first-born girl could inherit the throne. And a group of female aristocrats began fighting to apply the principle more broadly.

There could hardly be a bigger megaphone for this issue than the global TV phenomenon, Downton Abbey. In the first minutes of the first episode, the heirs to the estate sink with the Titanic. On the show, that's not just a tragedy — it's a disaster. The lord of the estate has three daughters, no sons. British law says only a man can inherit the title.

"I thought Lady Mary was the heir," one servant says to another.

"She's a girl, stupid. Girls can't inherit," comes the reply. "So what happens next?"

Indeed, this question of "What happens next?" is not merely reserved for fiction. The issue is known as "hereditary peerage."

"I'm a hereditary peer with three daughters only, and my heir in theory is a very distant Canadian cousin," says Tim Torrington, officially the 11th Viscount Torrington.

Torrington is co-chairman of the Hereditary Peerage Association, which he archly describes as "a kind of trade union" for lords, dukes, earls, and barons.

While he would like to see his eldest daughter inherit his title, it's ultimately not so important to him. Torrington's title comes with no land. And unlike some titles, his no longer carries a seat in the upper house of Parliament, the House of Lords. 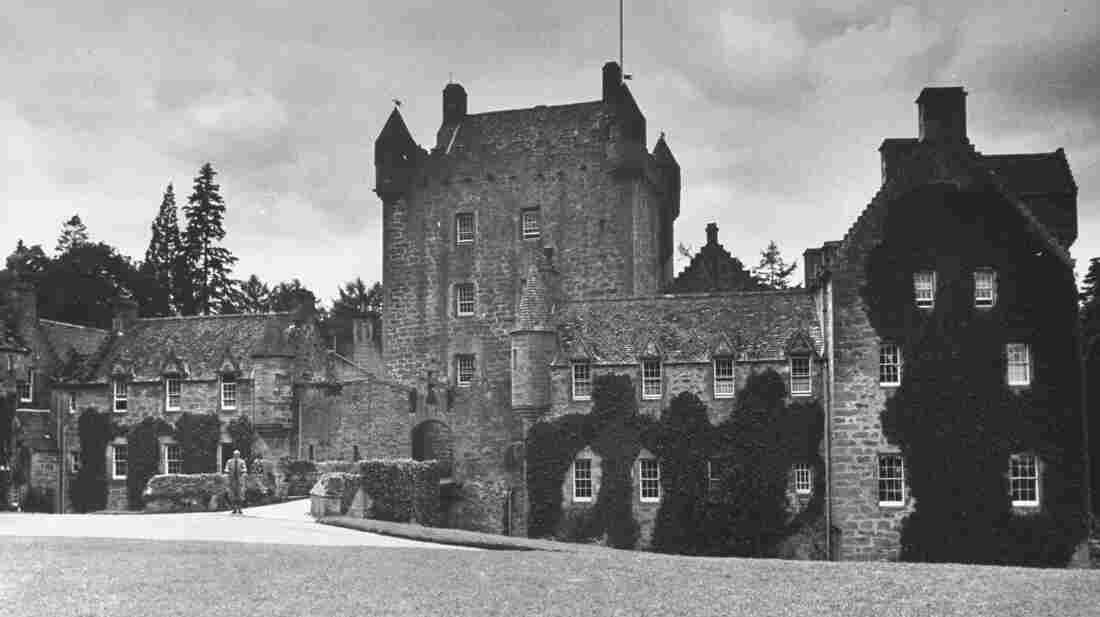 Cawdor Castle is often called Macbeth's Castle because it's the place of a murder in Shakespeare's Macbeth. The castle was built long after Shakespeare died. Lady Liza Campbell, who was raised at the castle, is pushing to revise the law to allow women to inherit titles and estates. Hans Wild/Time hide caption 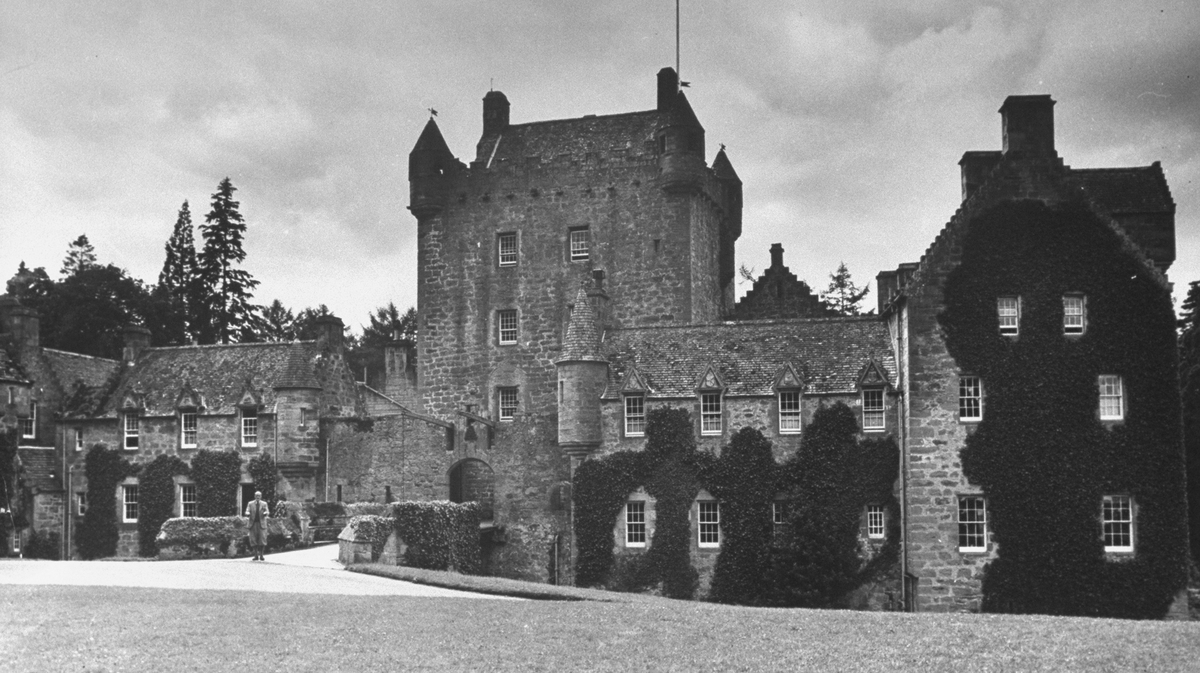 Cawdor Castle is often called Macbeth's Castle because it's the place of a murder in Shakespeare's Macbeth. The castle was built long after Shakespeare died. Lady Liza Campbell, who was raised at the castle, is pushing to revise the law to allow women to inherit titles and estates.

A Case Of Sexism

But to Lady Liza Campbell and her allies, sexism is sexism. Even in the "peculiar backwater" of British life that aristocrats inhabit.

"Nowhere should girls be born less than their brother," says Campbell. "Yes, it's the aristocracy. You may want to hold a peg over your nose. But it's still sexism. You can be an atheist and support the idea of women bishops, I think."

Campbell's father was the Thane of Cawdor. That title may sound familiar; it figures prominently in the play Macbeth. Lady Campbell was raised in an old castle that people today call Macbeth's castle, even though it was built a few hundred years after Shakespeare. She was the second daughter born in the Campbell family.

"I remember my mother saying how worried she was when I had been a second girl and she didn't have a boy," Campbell recalls, "And feeling loved, but at the same time getting the message that girls were not what was needed."

As a second-born daughter, Campbell does not stand to inherit anything if the laws change. That might give her a certain advantage in this debate, she says.

If her older sister were to take up the cry, people might criticize her "as being greedy, wanting something, and expressing sour grapes. Whereas there was nothing in it for me except for my observations."

'Downton' Returns, And It's As Rich As Ever

Julian Fellowes On The Rules Of 'Downton'

Now, Parliament is considering the so-called Downton Abbey Law. Between economic issues and the war in Syria, Campbell realizes that lawmakers might not get around to her little corner of society. But she has a backup plan.

If the law doesn't pass, "a half-dozen women who have no brothers, whose titles will hop to a second cousin, third cousin, or whatever, will take their cases to Strasbourg and claim their titles."

Strasbourg is home to the European Court of Human Rights. The aristocratic women have found a human rights lawyer to represent them. He also serves in the House of Lords.