Accessibility links
ln A Global Economy, Why's It So Expensive To Transfer My Money? : Parallels NPR's Ari Shapiro, who recently arrived in London, reports that all the wonders of modern technology have somehow not managed to reduce the time or the maddeningly high costs of transferring money across national borders.

ln A Global Economy, Why's It So Expensive To Transfer My Money?

ln A Global Economy, Why's It So Expensive To Transfer My Money? 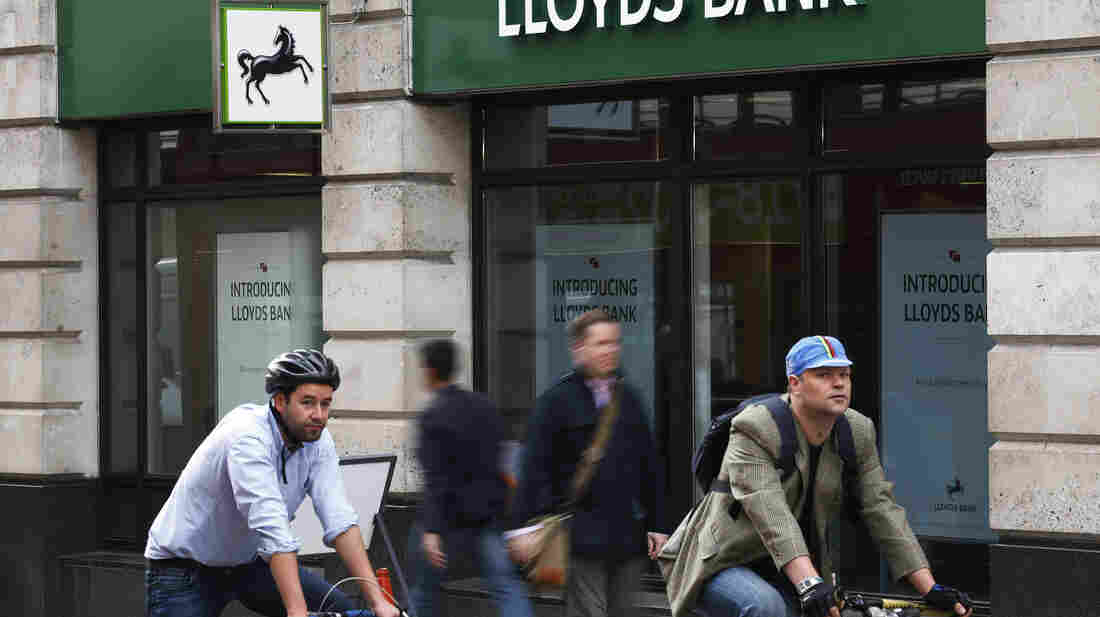 NPR's Ari Shapiro, who recently moved to London and set up a bank account, reports that it can still be an expensive and time consuming process to transfer money internationally. Here, people pass by a branch of Lloyds Bank in London, on Sept. 17. Sang Tan/AP hide caption 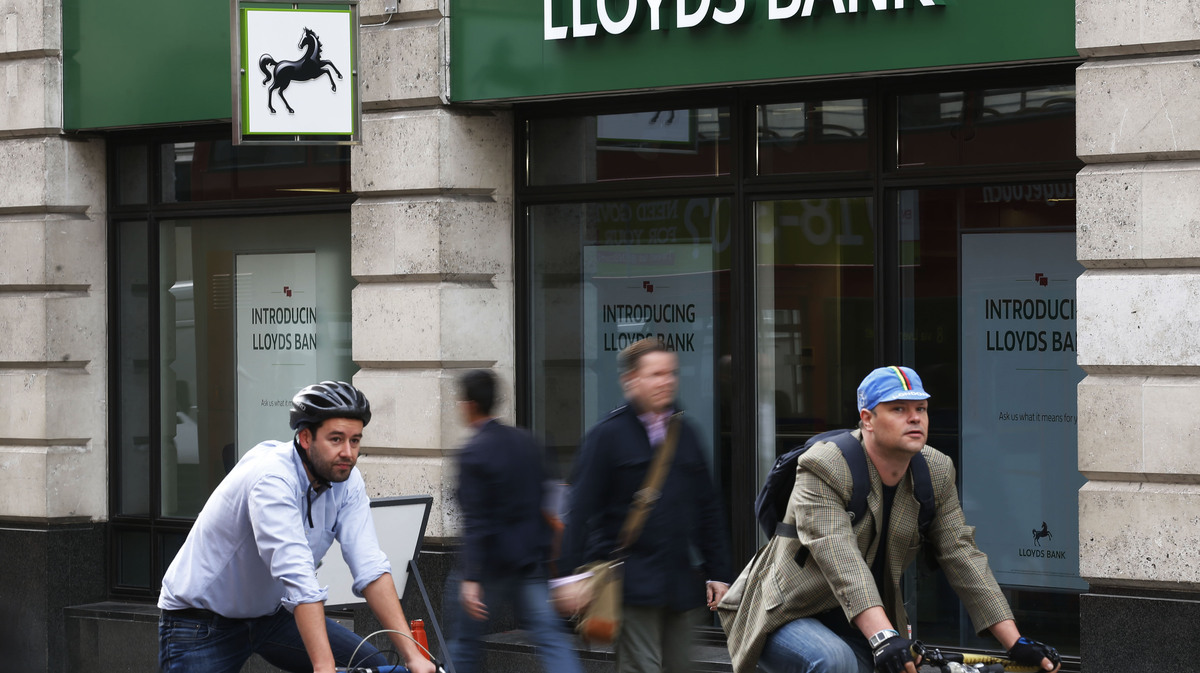 NPR's Ari Shapiro, who recently moved to London and set up a bank account, reports that it can still be an expensive and time consuming process to transfer money internationally. Here, people pass by a branch of Lloyds Bank in London, on Sept. 17.

When relocating to a new country, it's important to establish routines and traditions. My ritual here in London is spending an hour on the phone with the bank every day.

It's a strange thing about 2014 — we've got one collective foot planted squarely in the 21st century, while the other is stuck in back in the 19-something-or-others.

My email, Facebook, and Twitter accounts don't care whether I'm in Dublin or Dubai. I can jog along the Seine in Paris to the same music on Spotify that I listen to when I'm running along the Willamette River in Portland.

On WhatsApp, I send text messages to my friends every day at no cost, no matter where in the world I am. Skype is a snap. But banking is something else altogether. (Phone calls go in the same category as banking, but that's for another blog post.)

This is a universal experience, from what I can gather. Anyone living abroad wrestles with the arcane formulas and fees that go into converting an American salary to a British (or Brazilian, or Burmese) bank account.

My story, briefly, is this: In order to avoid a $35 Bank of America fee every time I move my paycheck to the United Kingdom, I devised a hopscotch as follows: Dollars leave Bank of America to an international transfer company. That company hands off the money to a Lloyds Bank International account. Lloyds International plops it into an account with UK Lloyds. Hardly simple, but at least the plan comes with no fees. Guaranteed.

The first transfer took three days longer than planned, and arrived with $600 less than the amount that left the U.S.

When I started tweeting about my experience here in London, @MatthewWells replied, "Welcome to the shady world of international transfer."

@BetBrod called my (ahem) "Twitter meltdown...heartbreaking and probably all too familiar if you've ever moved abroad."

It all feels strangely anachronistic in this global economy. My NPR colleagues at Planet Money recently executed an eye-popping journalistic project, tracking the life of a T-shirt through the global marketplace from cotton to completion.

They crowd-sourced the funding and sent a shirt to anyone who donated enough money. The global machine in action, right? Well, almost.

The other day I was interviewing a man named Laurie Young on a street in London for this story on British telephone boxes. He enthusiastically told me about purchasing a Planet Money T-shirt online. But when it showed up at his door, it came with an import tax bill for 30 pounds. That's more than $45.

The Euro was supposed to solve this problem for most Europeans, at least. But Britain never joined the currency club. And now the U.K. is talking about pulling out of the European Union altogether. It seems there's not much hope for banking to join the modern age during my London tenure.

As for me, I'm $600 poorer but not necessarily $600 wiser. I'm about to have dinner with some American expats. I'm going to ask them to show me their banking scars. And then try to learn their tricks on how to avoid sky-high fees.

If you have any tips, let me know.