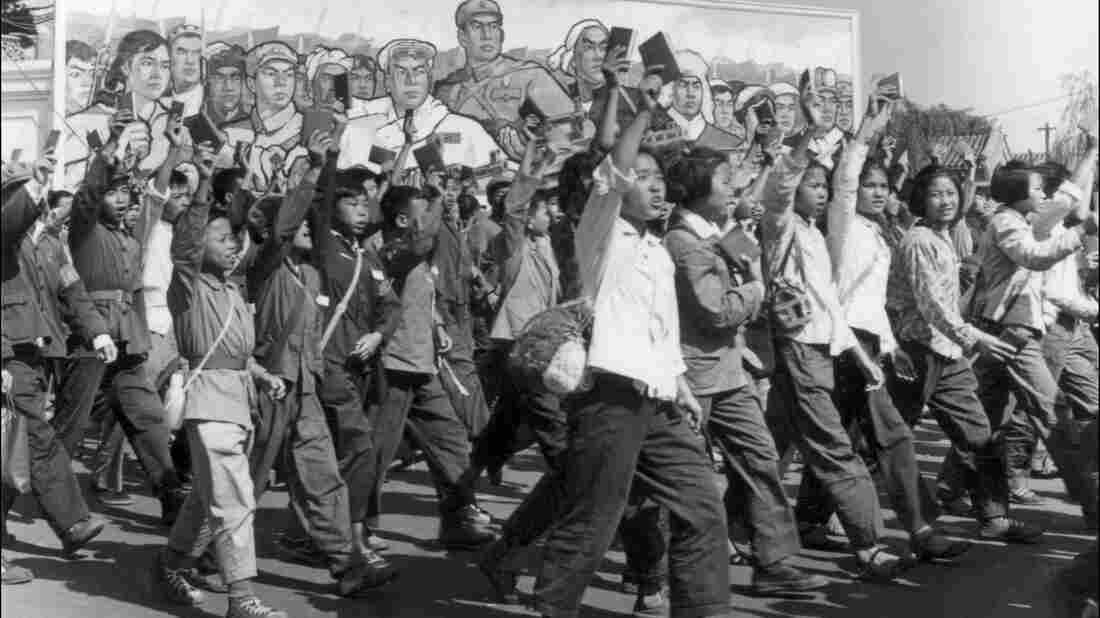 Red Guards — high school and university students — wave copies of Chairman Mao Zedong's Little Red Book during a parade in June 1966 in Beijing's streets at the beginning of China's Cultural Revolution. More than 1 million people are believed to have died during the decade-long upheaval. Jean Vincent/AFP/Getty Images hide caption 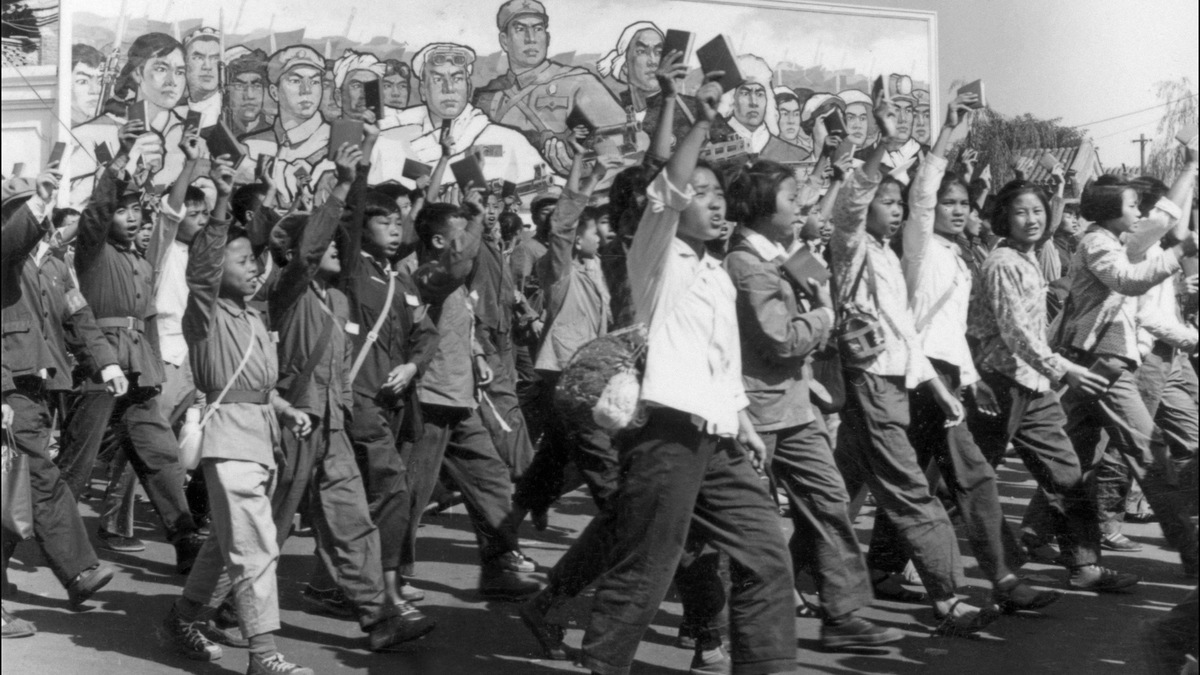 Red Guards — high school and university students — wave copies of Chairman Mao Zedong's Little Red Book during a parade in June 1966 in Beijing's streets at the beginning of China's Cultural Revolution. More than 1 million people are believed to have died during the decade-long upheaval.

For most of the past half century, China has avoided a full accounting for one of the darkest chapters of its recent history: the Cultural Revolution of 1966-1976.

Now, some Red Guards have issued public apologies to their victims, a rare example of the ruling party allowing public discussion of its historic mistakes. 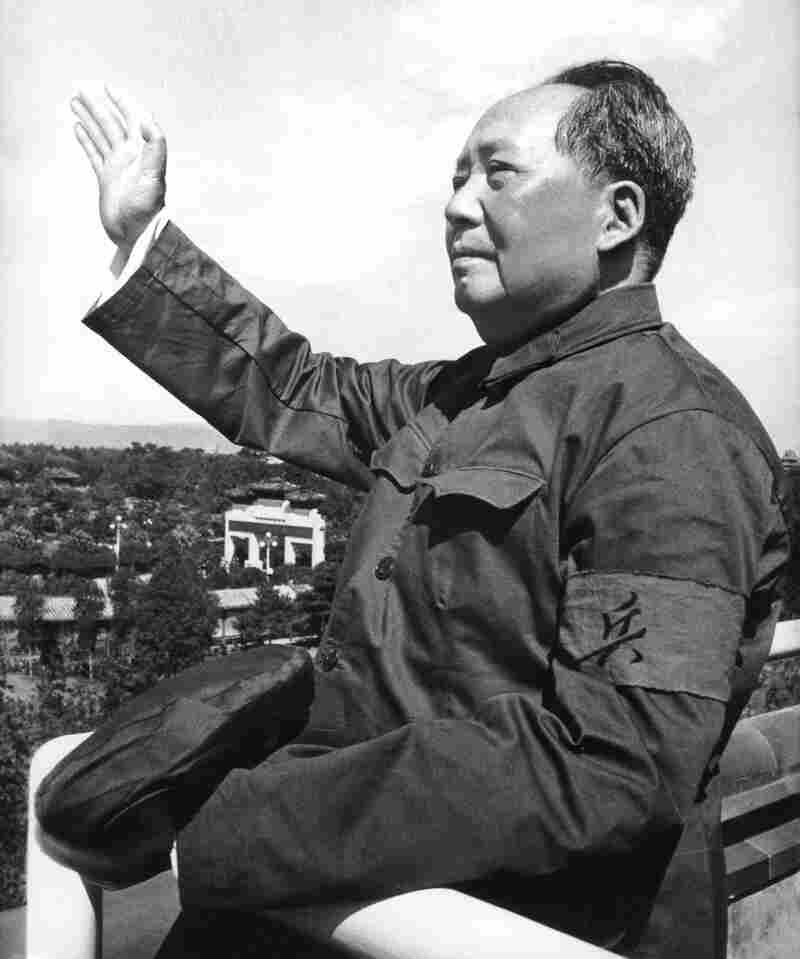 Some observers hope the apologies will lead to fuller public discussion of this turbulent decade in China's history. But there are many critics, too: those who say the apologies are insincere and insufficient, and others who feel they unfairly besmirch Mao's reputation.

The Cultural Revolution was orchestrated by the Chinese leader, an effort to build a utopian society through class struggle. It drove the country to the brink of civil war and, by some estimates, cost more than 1 million lives.

The early phases of the Cultural Revolution were centered on China's schools. In the summer of 1966, the Communist Party leadership proclaimed that some of China's educators were members of the exploiting classes, who were poisoning students with their capitalist ideology. Indeed, the educated classes in general were marked as targets of the revolution.

The leadership gave Communist youth known as Red Guards the green light to remove educators from their jobs and punish them.

One of the highest-profile apologies comes from Chen Xiaolu, a Red Guard leader at Beijing's elite No. 8 high school. He is also the son of Chen Yi, a leading Communist revolutionary and former foreign minister, and that allows him some latitude to speak out. 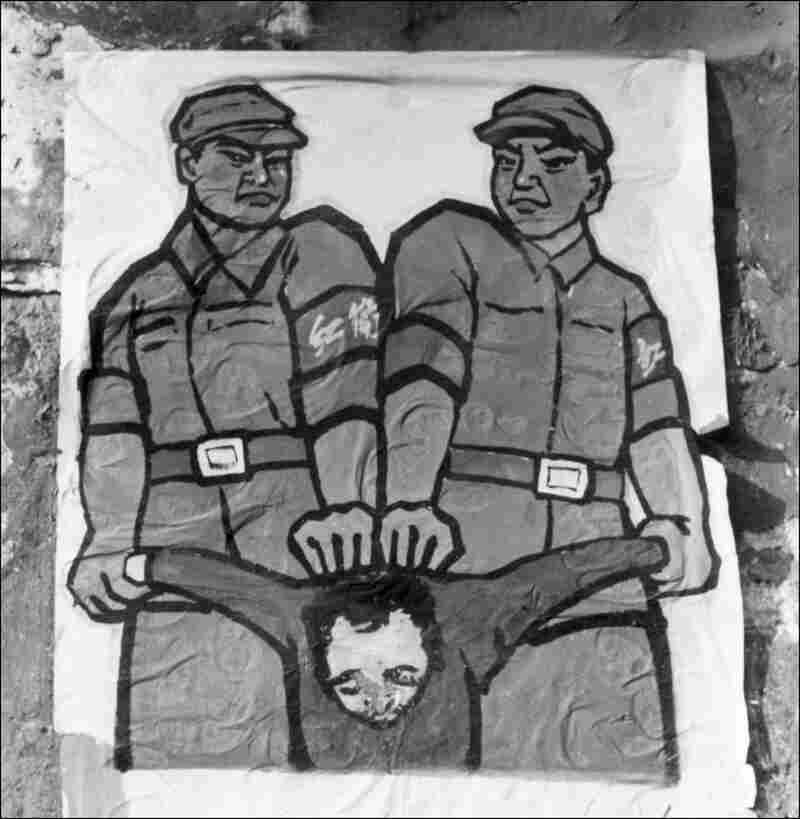 A propaganda poster from Beijing in late 1966 features Red Guards and an "enemy of the people." Jean Vincent/AFP/Getty Images hide caption 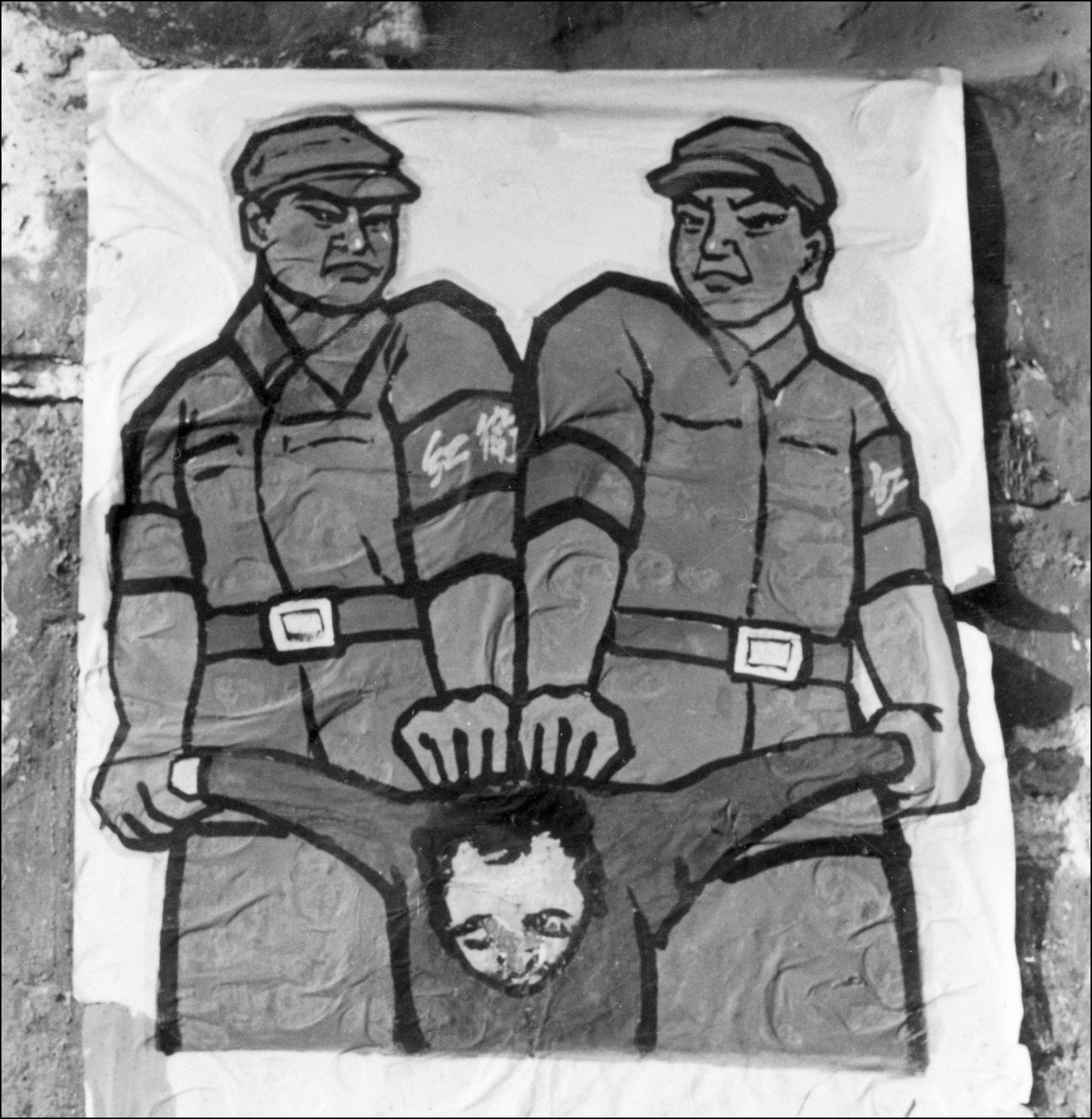 A propaganda poster from Beijing in late 1966 features Red Guards and an "enemy of the people."

"On August 19, I organized a meeting to criticize the leaders of the Beijing education system," Chen, now 67, recalls. "A rather serious armed struggle broke out. At the end, some students rushed onstage and used leather belts to whip some of the education officials, including the party secretary of my school."

Chen says he was against the violence, but the situation spiraled out of his control. Chen says his school's party secretary later committed suicide, and a vice secretary was crippled as a result of that day's attack.

The same summer, Chairman Mao met with crowds of frenzied Red Guards in Beijing's Tiananmen Square. He endorsed their violent tactics — consisting mainly of beatings with fists, clubs and other blunt instruments. In August and September 1966, a total of 1,772 people were killed in Beijing, according to the Beijing Daily newspaper.

Students beating up their teachers was a shocking reversal in the Confucian society, where educators were once held in the highest esteem.

Now, the teachers who were victimized in the Cultural Revolution are mostly in their 70s and 80s, and the Red Guards have said they wanted to apologize while they still have the chance.

Last October, Chen met with his former classmates and teachers and apologized for the violence he presided over. 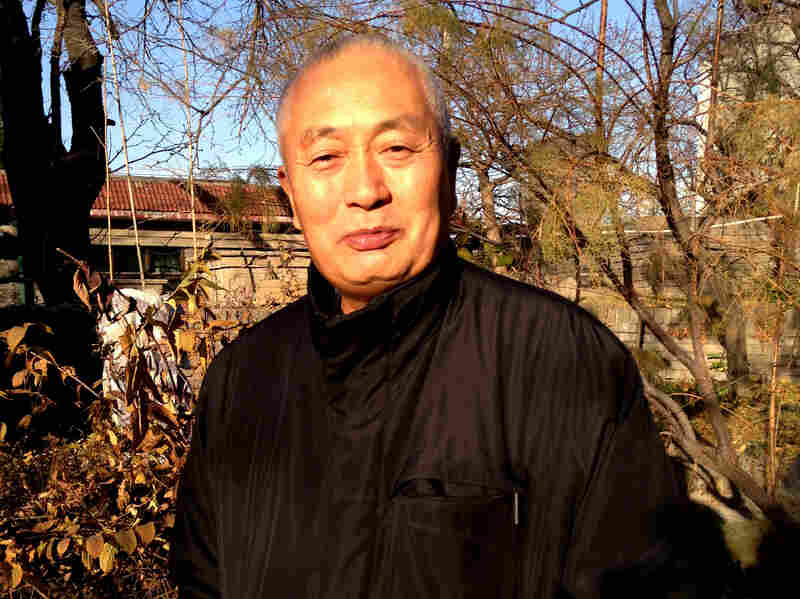 Chen Xiaolu is one of the most high-profile former Red Guards to publicly apologize for the attacks against his teachers. "Looking back on it, I believe their human rights and dignity were trampled upon," says Chen, shown here in the courtyard of his Beijing residence. Anthony Kuhn/NPR hide caption 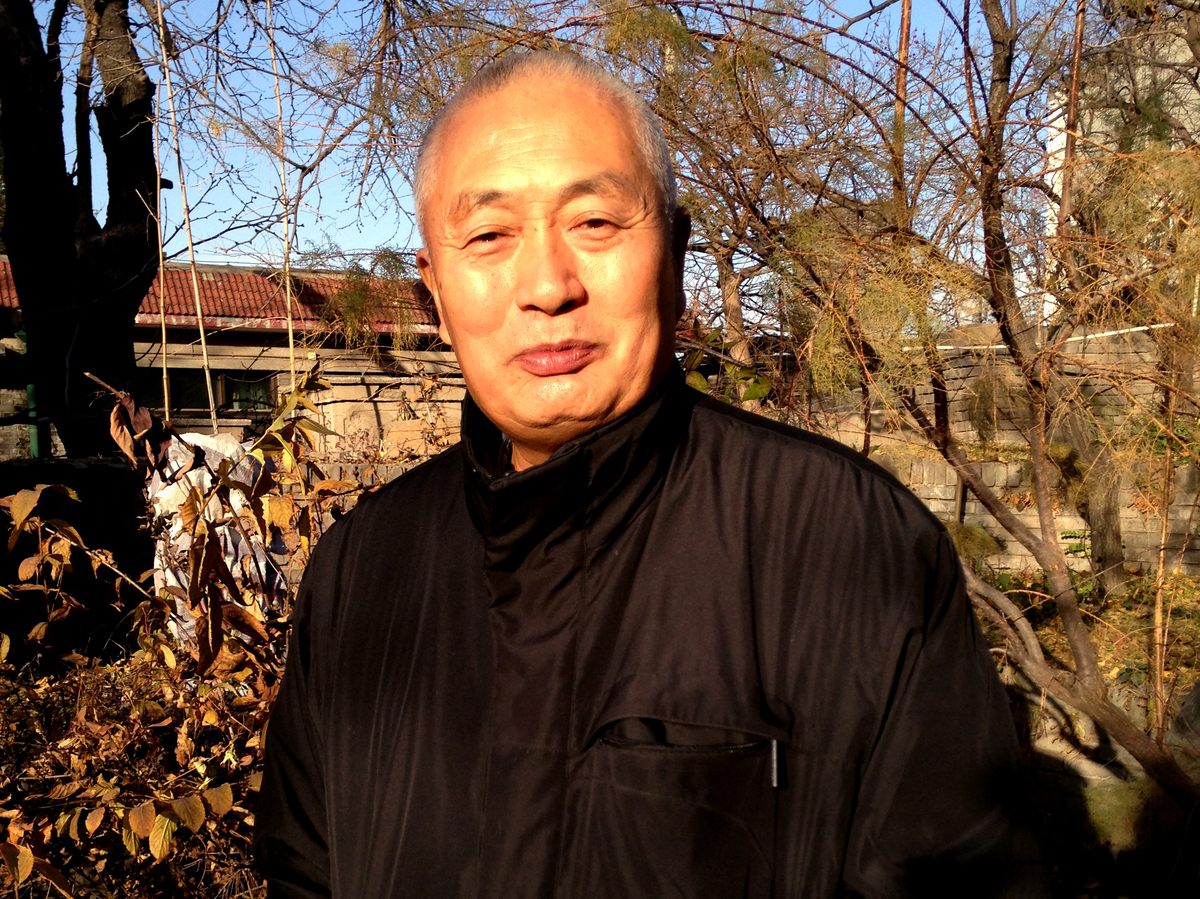 Chen Xiaolu is one of the most high-profile former Red Guards to publicly apologize for the attacks against his teachers. "Looking back on it, I believe their human rights and dignity were trampled upon," says Chen, shown here in the courtyard of his Beijing residence.

"Teachers were made to stand onstage, bow their heads and confess their crimes," he says. "Looking back on it, I believe their human rights and dignity were trampled upon."

In fact, Chen says, the entire Cultural Revolution was illegal because it violated China's Constitution — though he acknowledges that criticizing the movement as unconstitutional is a way to make his point without being silenced by the authorities.

Chen belongs to the "red second generation." He lives in spacious courtyard home in central Beijing. A black Audi sedan with paramilitary license plates — almost de rigueur for Beijing's power elite — can be seen in his garage.

And yet Chen says he must be careful in his critique of the Cultural Revolution. He's criticizing himself, he emphasizes, not Mao. And he says he's certainly not implying any criticism of China's current leadership.

Red Guards still use the euphemistic jargon of the era, including terms such as "struggling" against class enemies. Critics point out that these vague terms could be considered to include acts such as murder, torture and imprisonment.

"I think the reason I've been able to give so many interviews is related to the way I frame these issues. Otherwise the government would have issued a gag order a long time ago," Chen says, adding, "Well, actually they did issue a gag order."

Chen notes that major media like state TV aren't allowed to air interviews with him. Smaller Chinese media — particularly daily metropolitan newspapers — have reported on the apologies in detail, and Chen has given numerous interviews to foreign reporters.

Meanwhile, in January, another Red Guard leader, Song Binbin, apologized and bowed before a statue of her school's vice principal, Bian Zhongyun, who was beaten to death. Song is the daughter of Song Renqiong, another leading revolutionary.

Song Binbin did not admit to taking part in the beating. And she did not invite Bian's widower, 92-year-old Wang Jingyao, to hear the apology.

So I went to Wang's home and asked him for his reaction. 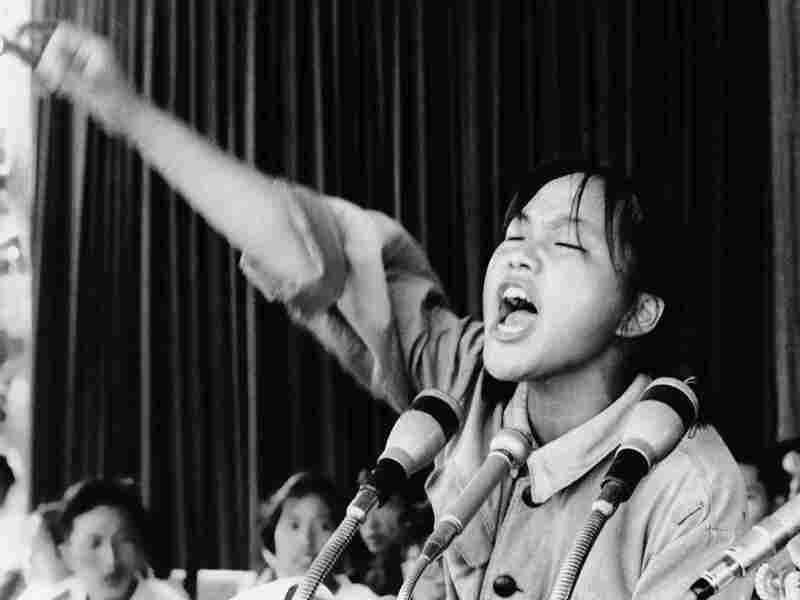 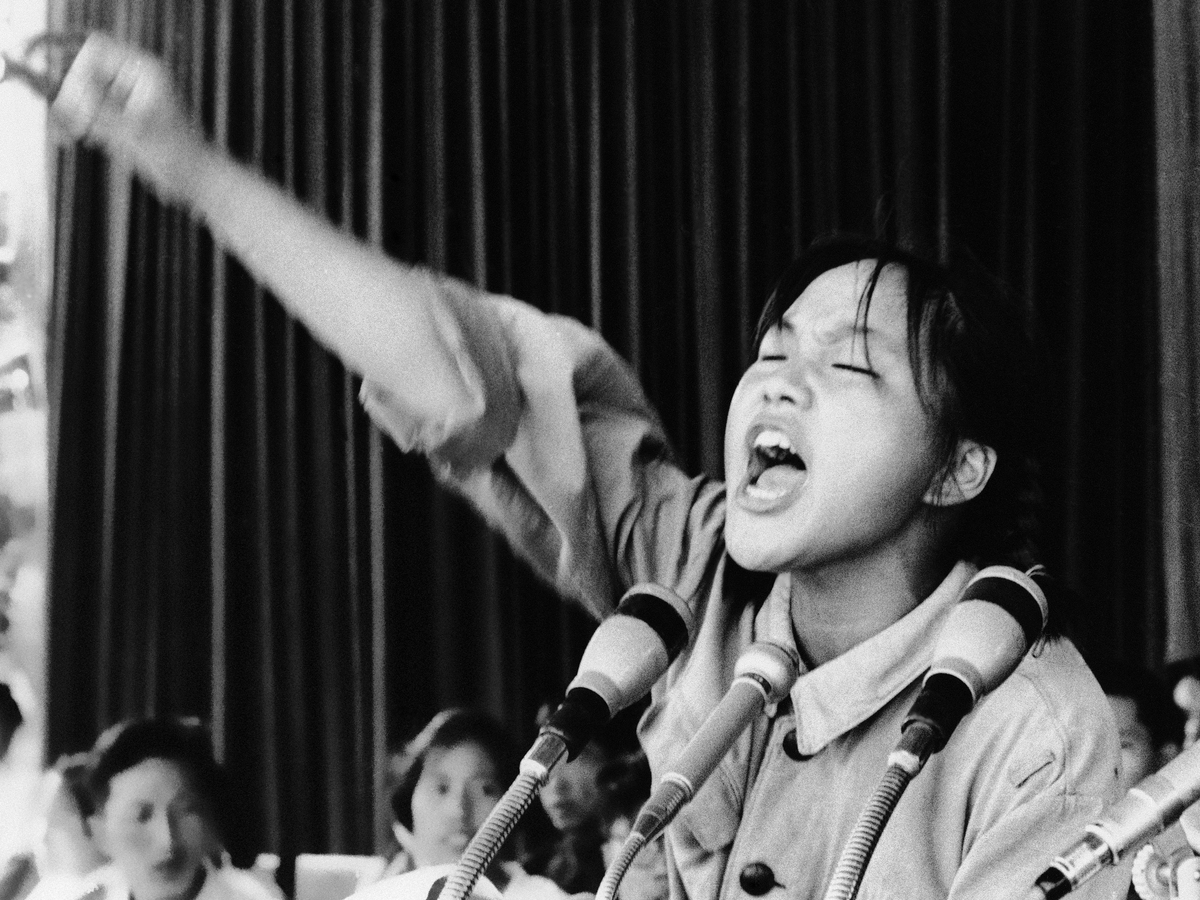 Wang recalls that Bian was beaten so badly that her corpse's face was completely black from the injuries.

"The Red Guards were simply executioners," he said. "Their current apologies are to absolve them of responsibility for their crimes. But the chief culprit behind the Cultural Revolution was Mao Zedong. "

Some observers see the apologies as positive and, hopefully, a sign of things to come.

"This time, there's a crack in the ice," Wang says. "I think this should crack should be allowed to break wide open to form new doors and windows."

But the apologies are personal statements, and there's no clear sign that they have had any effect on the Communist Party's policies.