Accessibility links
Jailed In North Korea: 9 Americans Who Got Out : Parallels North Korea sentenced U.S. college student Otto Warmbier to 15 years in prison on Wednesday. Here's a look at the many similar cases in recent years.

Jailed In North Korea: 9 Americans Who Got Out

Jailed In North Korea: 9 Americans Who Got Out 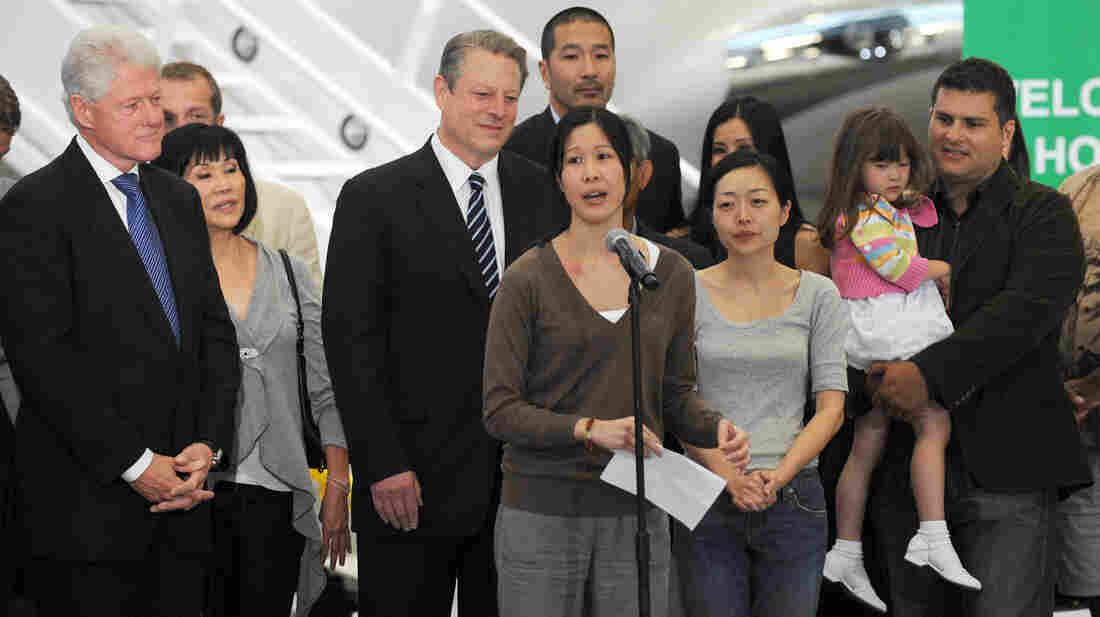 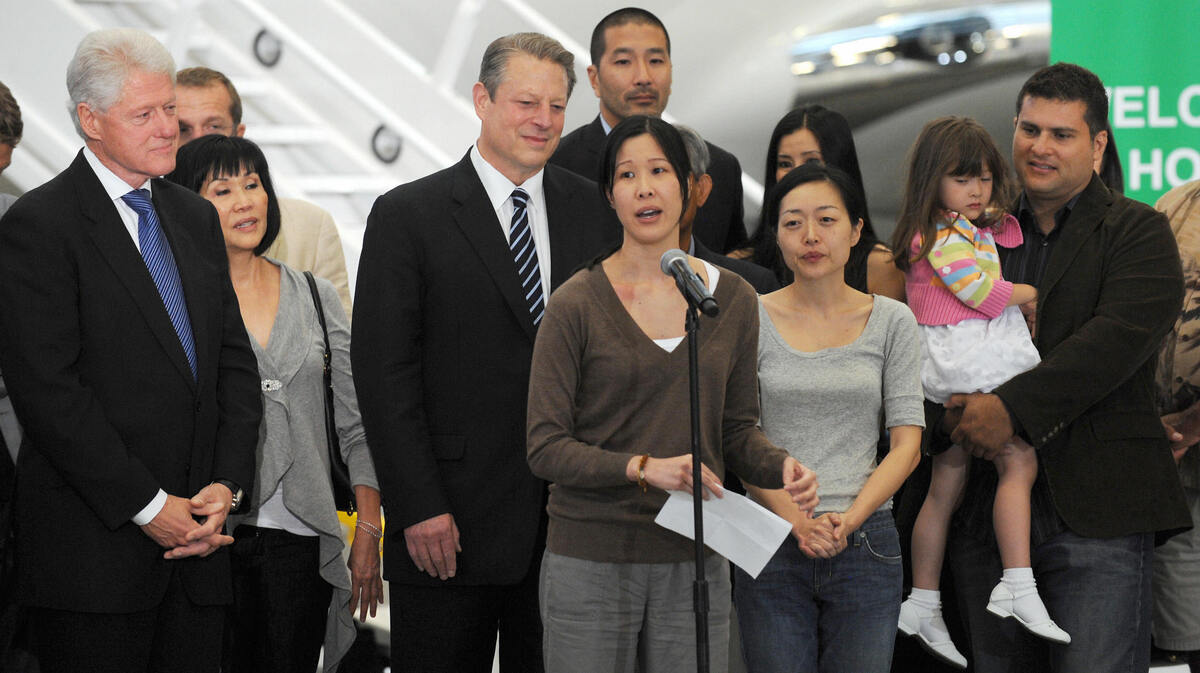 Editor's Note: This story was originally published in 2014, and has been updated to reflect the most recent developments.

The case of U.S. college student Otto Warmbier, who was sentenced to 15 years by North Korea on Wednesday, has many similarities to other Americans who received long sentences for seemingly minor infractions.

In previous instances, the Americans have been held for months, and in one recent case, two years.

Many previous cases have been resolved through negotiations, and some culminated with visits by prominent Americans, who received the released prisoners and took them back to the U.S.

Here's a look at past episodes:

Bae, a Korean-American missionary and tour guide from Lynnwood, Wash., was reportedly leading a tour group to North Korea when he was arrested in November 2012.

He was convicted of trying to overthrow the Pyongyang regime and sentenced to 15 years hard labor. He was was released in November 2014, having been held in North Korea for two years.

Miller, a tourist from Bakersfield, Calif., was arrested in April 2014 and sentenced to six years on charges of espionage. Pyongyang claimed that Miller tore up his visa and asked for asylum so he would be thrown into jail where he could investigate alleged human rights abuses there.

Bae and Miller were released together, accompanied on a flight out of the North Korean capital Pyongyang by James Clapper, the director of national intelligence.

He was detained after allegedly leaving a Korean/English Bible in a public bathroom in a restaurant and bar in Pyongyang.

Fowle, from Miamisburg, Ohio, was held for four months in 2014 and released in October of that year, just two weeks before Bae and Miller. 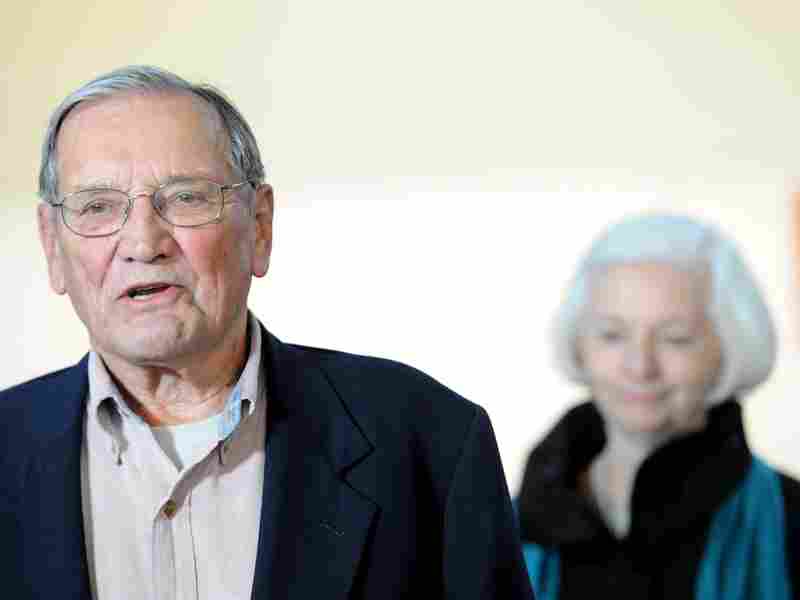 Korean War veteran Merrill Newman (left), accompanied by his wife, Lee, speaks to the media after arriving at San Francisco International Airport on Dec. 7, 2013, following his release from detention in North Korea. Pyongyang deported Newman after detaining him for two months for "hostile acts" against the communist country. Susana Bates/AFP/Getty Images hide caption 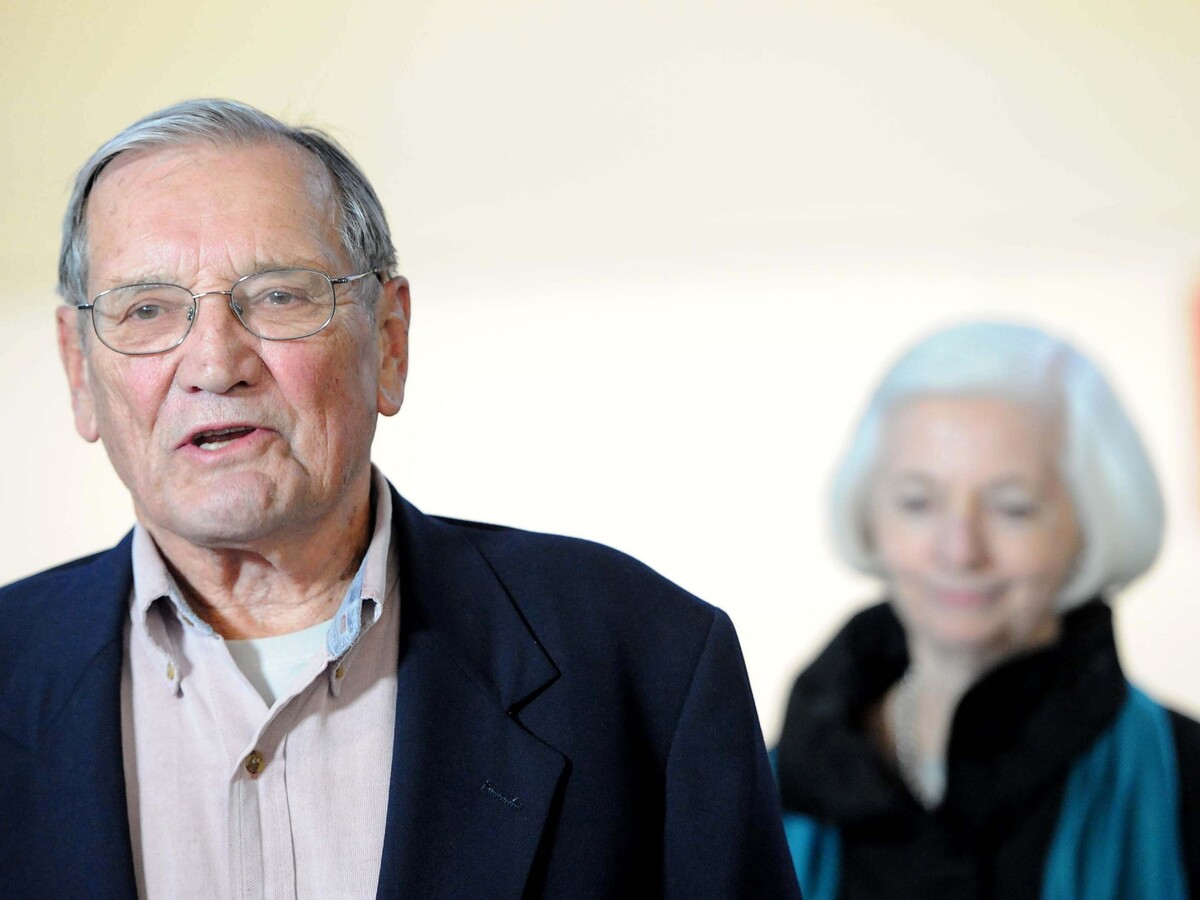 Korean War veteran Merrill Newman (left), accompanied by his wife, Lee, speaks to the media after arriving at San Francisco International Airport on Dec. 7, 2013, following his release from detention in North Korea. Pyongyang deported Newman after detaining him for two months for "hostile acts" against the communist country.

In October 2013, North Korean authorities boarded an airplane in Pyongyang and removed 85-year-old Merrill Newman without explanation. After a month of silence, journalists learned the reason: The California native had served in an elite unit during the Korean War of 1950 to 1953, advising South Korean guerrillas who launched dangerous attacks on the communist North. As a tourist, he discussed this and other uncomfortable topics with his government-appointed guides.

This episode was incredibly unusual, said Andrei Lankov, a North Korea expert at Kookmin University in Seoul. The regime had not detained an American tourist on a legal visa for decades. When authorities did make arrests, the targets were often Korean-Americans who were spreading Christian and anti-state messages. Newman finally read a "confession," written in broken English and posted on YouTube, admitting that he was involved in military operations against North Korea in the 1950s. He was soon sent home.

While traveling along the North Korean border to film a documentary about human trafficking, this pair of American journalists was apprehended in March 2009 and sentenced to 12 years of hard labor. They were quickly convicted of illegally crossing the border, according to North Korean state media. The pair lived in a "guest house" for nearly five months until former president Bill Clinton made a surprise visit, securing their release.

Human rights groups pointed out that this case wasn't so clear-cut. The two came under criticism for poor judgment in hauling along video recordings and notes that could have ended up in North Korean hands, endangering their sources. Ling and Lee later retorted that, right before their capture, they tried to destroy the tapes and swallow papers, and it remains unclear if North Korea obtained significant information. 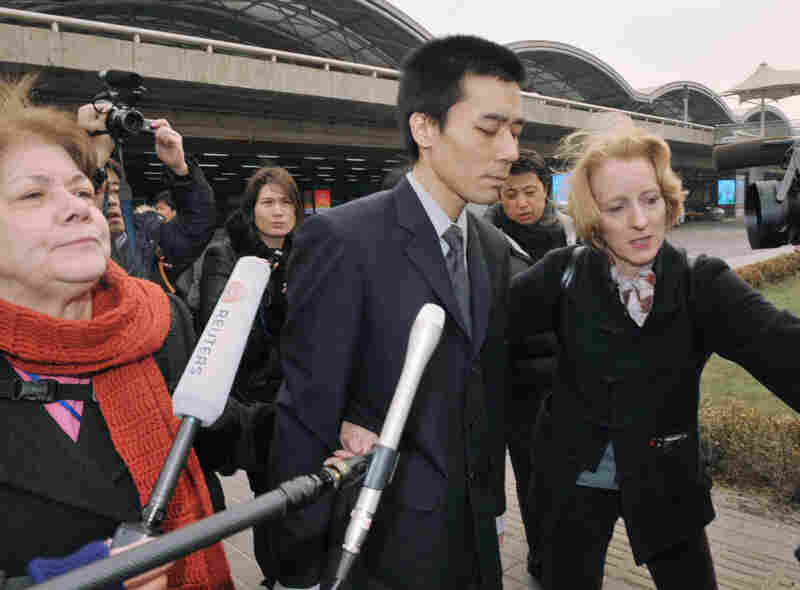 On Christmas Day in 2009, Korean-American pastor Robert Park crossed the frozen Tumen River that separates China and North Korea. He brought along two items: a Bible and a letter for then-dictator Kim Jong Il demanding that the country's six labor camps be closed and their people freed. North Korea is believed to house between 150,000 and 200,000 political prisoners in horrific conditions.

The 28-year-old minister's trip to North Korea was a "one-man peace mission," according to the BBC. In an interview after his release, Park told the network he "made a very hard decision to maybe never see my family again in this world, because my conscience was really tormented by thinking about how could I live so freely and happily when there are innocent men women and children being routinely raped, tortured, killed for absolutely no reason." When he crossed the border, he said he sang some hymns and "shouted in Korean, 'South Koreans and Americans love you.'" He was immediately arrested. Upon returning home, he spent time in and out of a psychiatric hospital in Long Beach, California. He has told journalists that his trauma was so painful that he would never be able to hold down a marriage.

Also a Korean-American from California, Jun was arrested in November 2010 while on a mysterious business trip, accused of an unspecified "crime against the state." Many suspected that Jun, like those before him, had been using business trips as a cover for missionary work. In May 2011, the regime suddenly released him on what it called "humanitarian grounds" but did not elaborate.

His release coincided with a visit from the State Department's envoy on North Korean human rights issues, Robert King. The diplomat said he visited North Korea to assess its level of malnutrition, although it led to no deals for food aid.

In 1998, North Korea was in the waning years of a famine that would, according to later estimates, leave a million people dead. Korean-American businessman James Chin-kyung Kim traveled to the hermit kingdom to deliver food aid but was accused of being a CIA spy and jailed for nearly a month without any further details.

Soon after, the entrepreneur was mysteriously given permission to co-found the country's first foreign-owned university, the Pyongyang University of Science and Technology. The university took a decade to set up, opening its doors in October 2010. Today, it trains the children of the Pyongyang elite in business and engineering, a feat for a nation frequently called a "hermit kingdom."

Kim was suddenly released. In two interviews, he has declined to tell this correspondent further details about his jailing.

The original version of this story from our partner GlobalPost described Robert Park's state prior to entering North Korea in a way his family found objectionable. GlobalPost deleted the characterization and added additional details about his border crossing.