Accessibility links
A Palestinian Explains Why He Worked As An Israeli Informant : Parallels The Israeli-Palestinian conflict includes a shadow war in which Israel turns to Palestinian informants to gather intelligence. Palestinian Abed Hamed el-Rajoub was imprisoned for fighting against Israel, but while in jail, he secretly gathered information from fellow Palestinian prisoners. 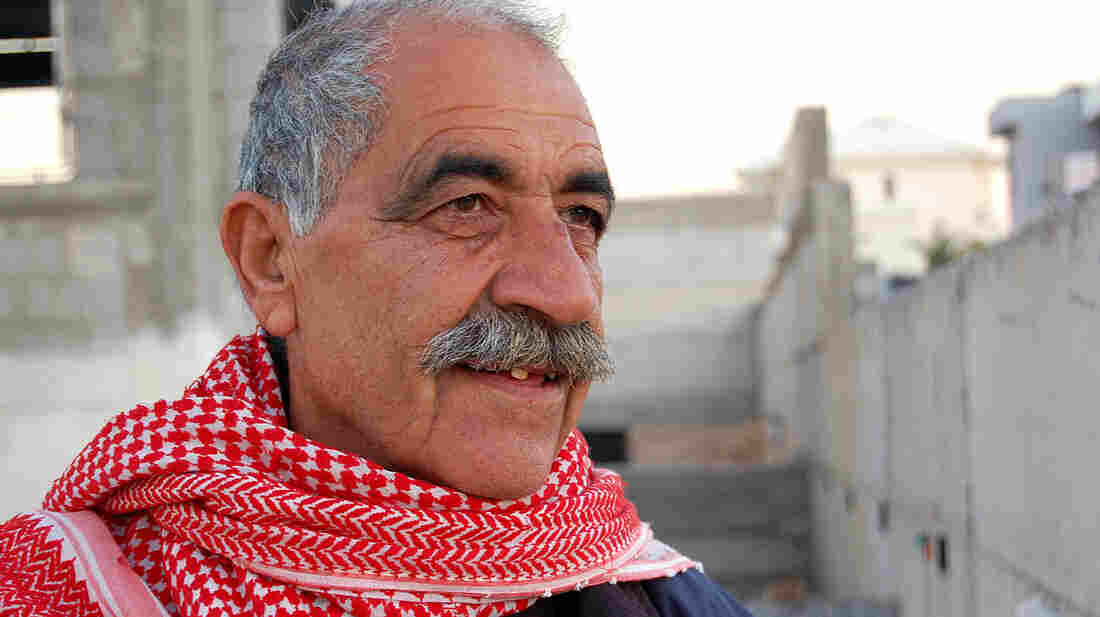 Abdel Hamid el-Rajoub, a Palestinian, became an informant for Israel while serving time in an Israeli prison. Palestinian informants play a key role in the Israeli-Palestinian conflict, though both sides can be reluctant to speak about it. Rajoub, who now lives in Israel, says he is no longer an informant. Emily Harris/NPR hide caption 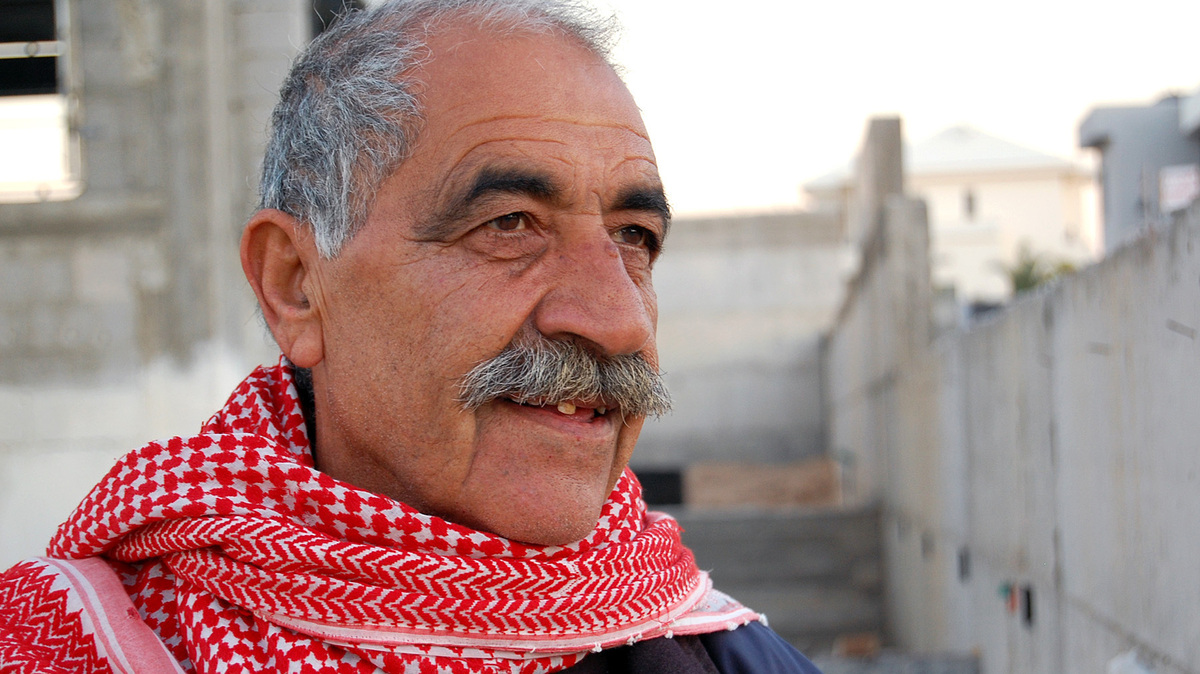 Abdel Hamid el-Rajoub, a Palestinian, became an informant for Israel while serving time in an Israeli prison. Palestinian informants play a key role in the Israeli-Palestinian conflict, though both sides can be reluctant to speak about it. Rajoub, who now lives in Israel, says he is no longer an informant.

It took four years in a prison cell for Palestinian Abdel Hamid el-Rajoub to decide to work as an Israeli informant. Not that he ever planned it that way. Rajoub is in his 60s now. He grew up in a Palestinian village near Hebron, in the Israeli-occupied West Bank. He says he was 19, an emotional young man, when he got involved in fighting Israel.

"It was my right," he says, "to fight Israel and the occupation."

Rajoub looked up to an older brother, who he says was part of the military branch of the Palestinian political group Fatah and was killed by Israeli soldiers. Rajoub joined Fatah's fighting wing too; he says he took part in an attack on Israelis in the mid-1970s that landed him in Israeli prison.

Life inside was oppressive, Rajoub says, but the worst part of it came from fellow Palestinians. Fatah members, he says, wrongly accused him of passing information to Israeli intelligence.

It is a charge that is difficult to disprove, particularly inside a prison community where suspicions run deep and risks are high. Being accused of working as an informant was potentially so dangerous that Israel moved Rajoub from the general prison population into a solitary cell.

"I was in the Israeli cell alone for four years, waiting for Fatah to realize I was not an informant," Rajoub says. "But an apology never came. I thought a lot during those four years. I realized that my problem was with Fatah, not with Israel."

In the Israeli-Palestinian conflict, informants have long played a key role. Palestinians pass information to Israeli security agents for a variety of reasons, including personal gain or needing something from Israel, such as a work permit. In Rajoub's case, the motive was revenge. He wanted to hit back at Fatah, feeling it had betrayed him.

"It was a painful decision," Rajoub says, choking up. "Whenever I remember that moment, I cry."

Rajoub stayed in prison, but in special cells full of other informants like him. Their job was to put on a show of being real prisoners, to fool other Palestinians into revealing information Israeli intelligence couldn't get. 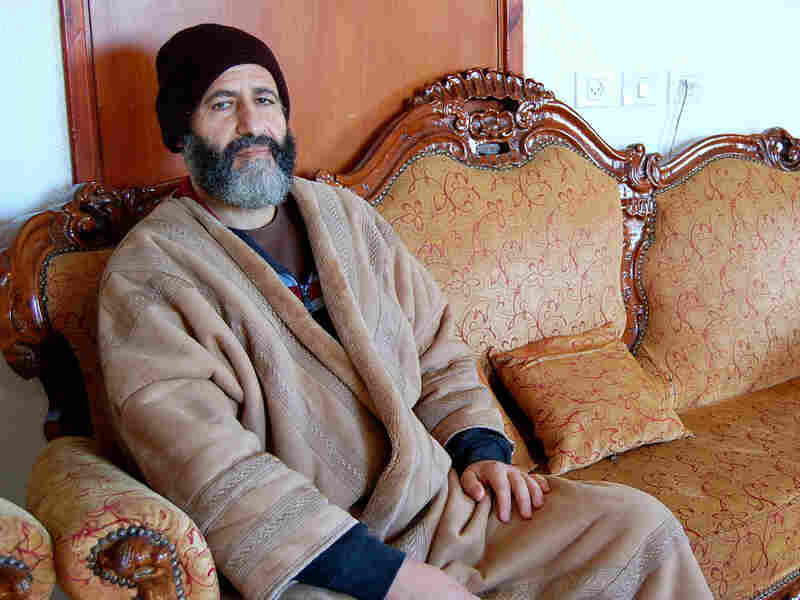 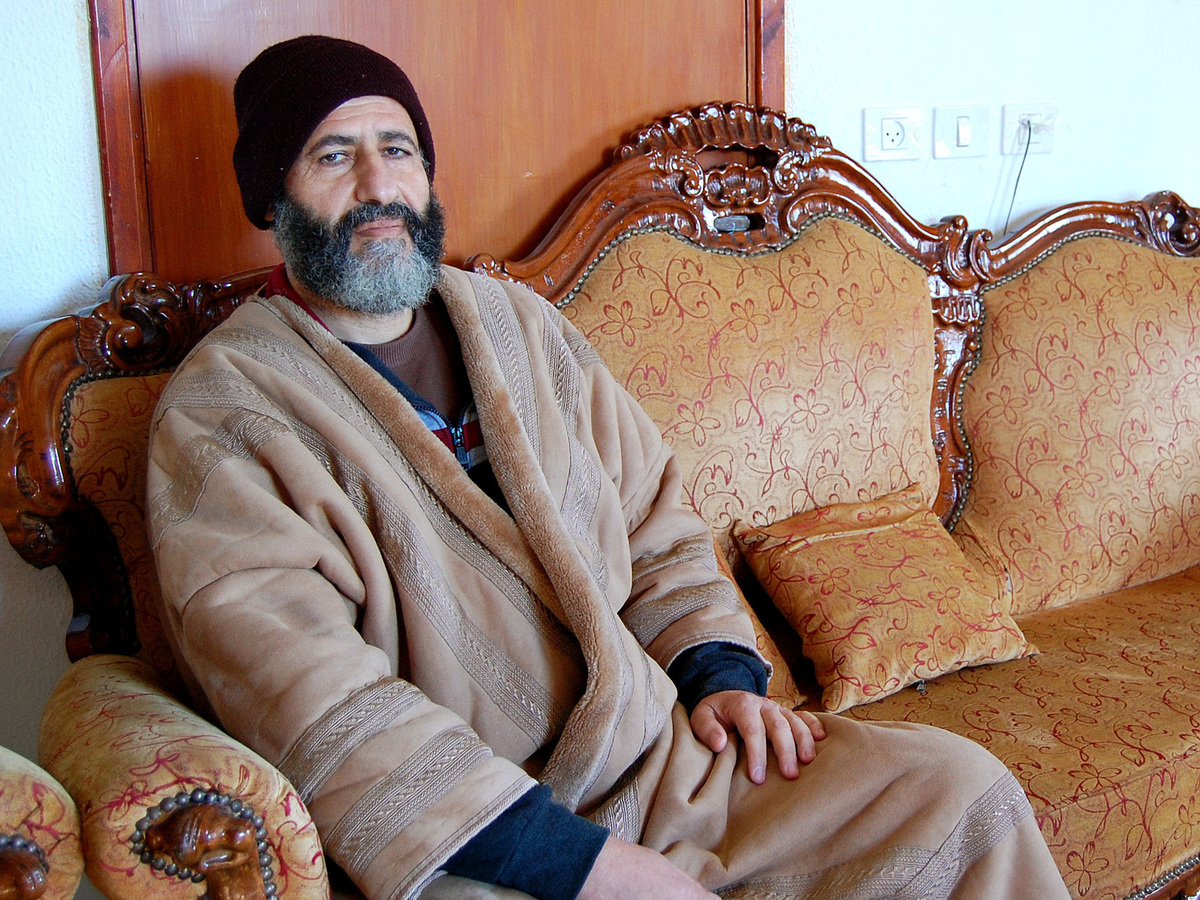 Nayeh Rajoub, a Palestinian politician with Hamas, says that his relative Abdel Hamid el-Rajoub brought shame to the family by working with Israel.

"Sometimes when you are stuck in the interrogation," he said, "the case is on the border. You don't know if he's white or black. So you send him to the asafeer."

Asafeer means sparrows in Arabic. It's what Palestinians have come to call the cells of collaborators, which are still used today. Lawyers and former prisoners say the "sparrows" can fool people because they mimic the methods Palestinian prisoners developed to organize themselves.

"Each Palestinian faction has elections. The leadership is the central committee," says a longtime Fatah leader who spent more than a decade in Israeli custody.

Some committees were in charge of education; others, with relationships between prison groups. There was always a security committee, which asked people to write reports detailing their arrest and interrogation.

The leadership usually asks people to write reports of their arrest and interrogation, he says.

"But the real organization," he says, "told prisoners, don't write anything that you didn't confess about in the intelligence rooms. In the collaborators room, they ask him to write all he confessed about and what he did not confess about."

Abdel Sattar Kassem, a Palestinian professor and former prisoner, says he met Rajoub, the former collaborator, in a cell full of sparrows in 1981. Kassem had spent nine days in solitary confinement, several without food, he says, and Israeli interrogation sessions. The sparrows welcomed him warmly.

"I ate and had very full stomach," Kassem said in his hilltop home near Nablus, looking satisfied even with the memory. "Then somebody said doctor, I want to talk to you. He told me he was the head of that room. And he was very pleased to see me."

Kassem says he confessed nothing because he had heard about this trick. In fact, he'd heard that Rajoub helped start the sparrow interrogations, a claim Rajoub also makes.

Bringing Shame To The Family

Israeli security sources won't confirm that, or anything about Rajoub. But a Palestinian politician and relative of Abdel Hamid el-Rajoub will.

Nayef Rajoub supports Hamas, the Palestinian faction that controls the Gaza Strip and is at odds with Fatah, which runs Palestinian affairs in the West Bank. But he says passing information to Israel is wrong. "You want to criticize Fatah, go ahead, do it in a clear, clean way," he says. "Don't explain to Israelis the secrets of Fatah. This is not acceptable. No Palestinian would approve of that."

But Rajoub the sparrow is proud of whatever he did against the organization that he felt wronged him, a Palestinian patriot.

"I don't care if I helped put people in prison," Rajoub says. "My work was to persuade them to talk. It wasn't up to me what happened after that."

Rajoub now lives in Israel. He's been out of prison for several decades and says he is no longer an informant. But he is still working for an independent state of Palestine.