Accessibility links
Knox Case Could Put U.S. In An Extradition Quandary : Parallels If the Italian government requests Amanda Knox's extradition, it's up to the U.S. to decide whether to comply. It's not necessarily a legal matter; extradition cases are often decided on politics rather than law.

Knox Case Could Put U.S. In An Extradition Quandary

Knox Case Could Put U.S. In An Extradition Quandary 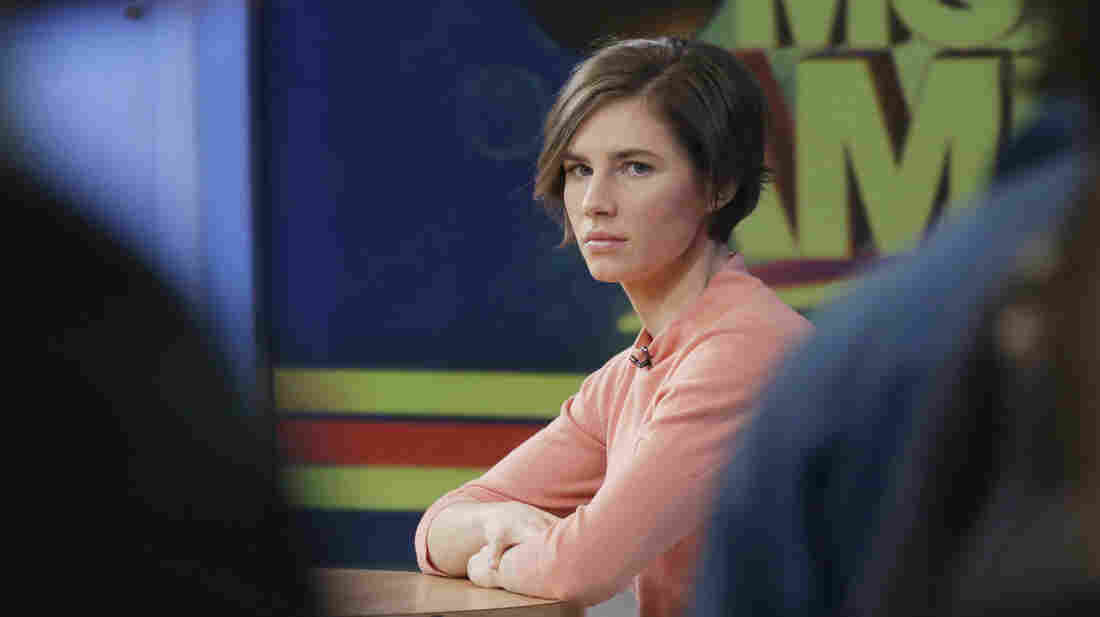 Amanda Knox waits on the set of ABC's Good Morning America on Friday in New York. Knox said she will fight the reinstated guilty verdict against her and an ex-boyfriend in the 2007 slaying of a British roommate in Italy and vowed to "never go willingly" to face her fate in that country's judicial system. Mark Lennihan/AP hide caption 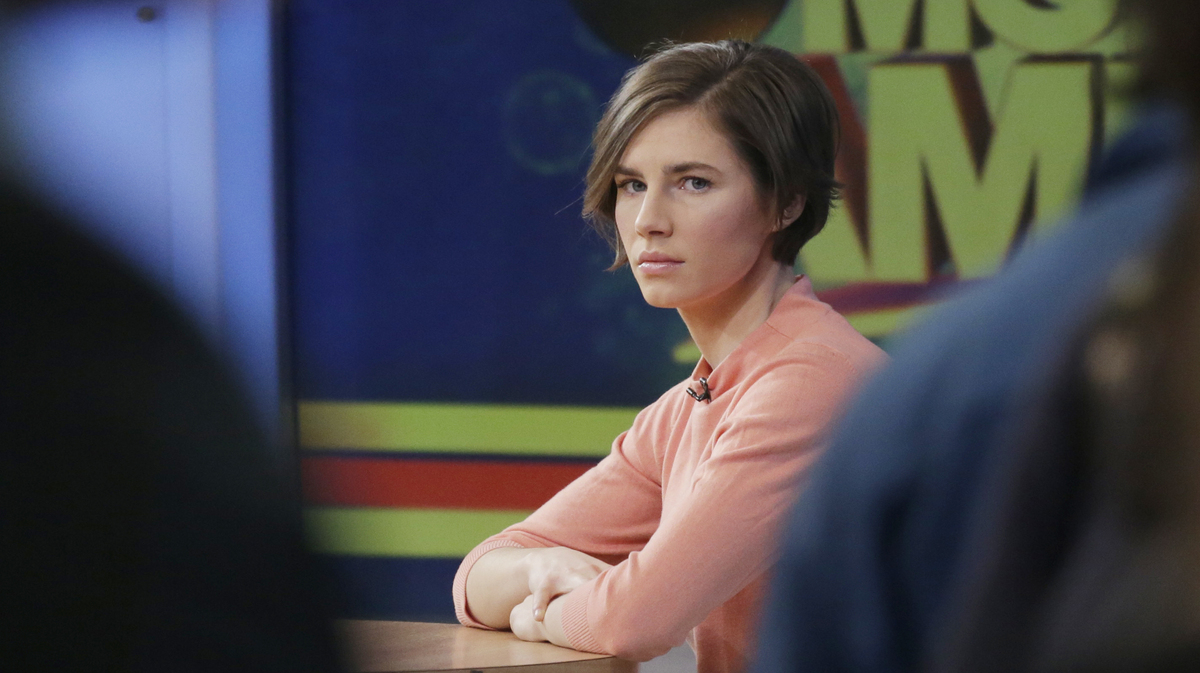 Amanda Knox waits on the set of ABC's Good Morning America on Friday in New York. Knox said she will fight the reinstated guilty verdict against her and an ex-boyfriend in the 2007 slaying of a British roommate in Italy and vowed to "never go willingly" to face her fate in that country's judicial system.

This week, Amanda Knox was found guilty, again, by an Italian court.

She was found guilty of murdering her roommate Meredith Kercher in 2009, though the verdict was overturned two years later. Last year, Italy's Supreme Court of Cassation, its highest court, sent the case back to an appeals court and that court found her guilty.

Now this hasn't happened yet, but if Italy's highest court decides to convict her, Italy would have to ask the U.S. to extradite her. That process, and whether or not the U.S. really would extradite her, turns out to be less about law, and more about politics and foreign policy.

"It's the dirty little secret of extradition law that it really is 90 percent politics and only about 10 percent law," says Steve Vladeck, a law professor at American University. "It's as much about the diplomatic and foreign policy considerations as it is about legal considerations."

A Decision For The State Department

When a country makes a valid extradition request, it's ultimately up to the State Department to decide whether or not to follow through.

Now, the U.S. has an extradition treaty with Italy, and politics shouldn't make a difference in the process, according to Clive Nicholls, a barrister in the U.K. who works on extradition cases and co-authored a book on the subject.

"You have a treaty, you apply it, and you are meant to do so dispassionately," Nicholls says.

That sounds pretty simple, but in reality, political considerations often call the shots.

"It certainly has happened where the secretary of state has decided not to extradite, even though there was no legal hurdle," says Mark Ellis, executive director of the International Bar Association.

"In making that decision, the secretary of state doesn't even have to give any reason for doing it," he says. "Under U.S. law, he or she can just make the decision."

The Many Ways To Say No

A country can also dodge the extradition request through bureaucratic means. That's what happened when NSA leaker Edward Snowden first fled from the U.S. to Hong Kong.

Washington has an extradition treaty with Hong Kong, and hoped the Chinese territory would comply. That, of course, didn't happen.

"The Hong Kong government basically relied on a series of procedural flaws in the U.S. application to decline to comply with the request," Vladeck says.

'Waiting To Be Heard' No More, Amanda Knox Speaks Out

Ignoring a request isn't off the table, however. In the case of Robert Seldon Lady, a former CIA station chief who was detained in Panama last July at the request of Italian authorities, the U.S. simply didn't comply.

Italy sentenced Lady in absentia to nine years in prison for abducting an Egyptian cleric as part of an extraordinary rendition program. Instead, Lady flew back to the U.S. from Panama in what NPR's Sylvia Poggioli reported as "a slap in the face of the Italian government."

And sometimes it just depends on who's asking. For example, the U.S. has an extradition treaty with Venezuela, but the two countries aren't on good terms. Back in 2007, Venezuela wanted former CIA operative Luis Posada Carriles extradited for bombing a Cuban airliner. A Texas judge threw out the Venezuelan government's indictment, and Posada was ultimately acquitted.

A Choice Yet To Be Made

Knox's case is far from over: Italy's Court of Cassation has yet to affirm the latest verdict, and then Italy's government must decide to ask for an extradition before the U.S. needs to make a choice.

But if that does happen, Ellis says, the State Department will face a choice made even more delicate due to mounting sentiment among Americans that the Italian justice system has treated Knox unfairly.

On the other hand, Ellis says, "if you ignore the legal judgment, there will be consequences for that, and the state will have to do a risk-benefit assessment."

In other words, does the U.S. choose law, or politics?