Accessibility links
A Fairy Tale Gone Wrong: Spain's Princess Accused Of Fraud : Parallels Spain's royal family, which used to face little criticism, is increasingly becoming a target over its spending habits during Spain's economic woes. The king's youngest daughter, Infanta Cristina, and her husband have had their mansion confiscated and are now facing allegations of fraud. 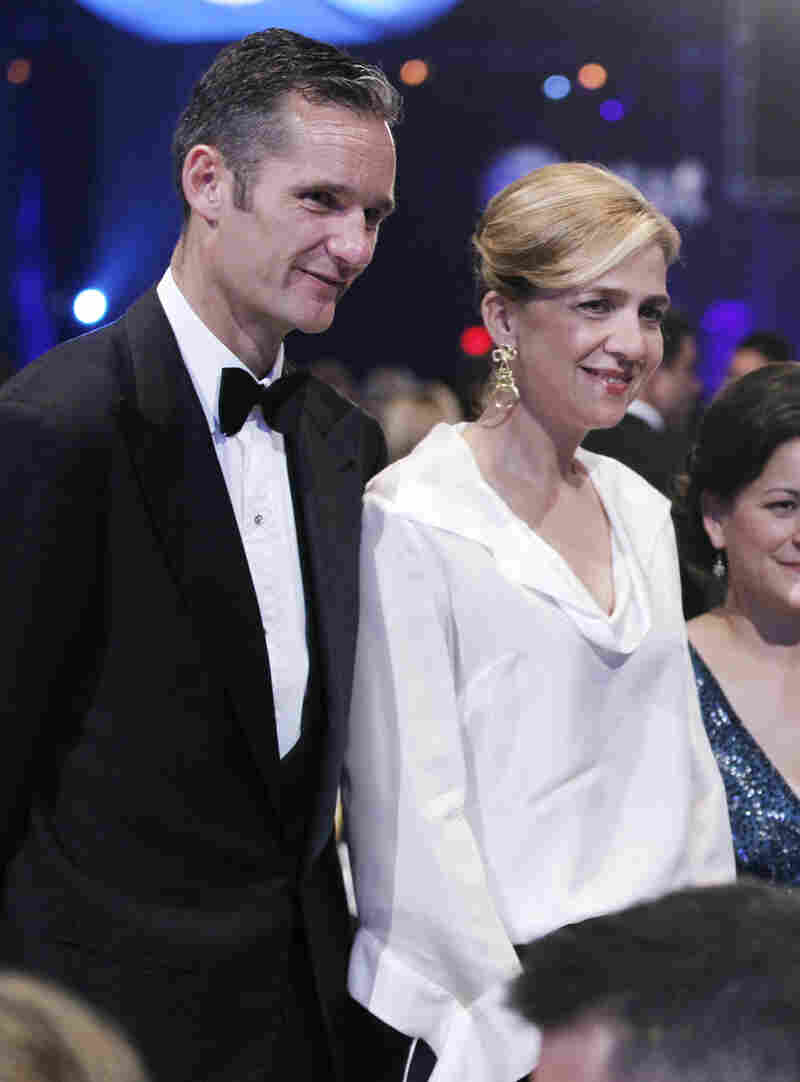 Inaki Urdangarin, the husband of Spain's Princess Infanta Cristina, is accused of embezzling millions of dollars. The princess is scheduled to appear in court Saturday to face allegations of tax fraud. Charles Dharapak/AP hide caption 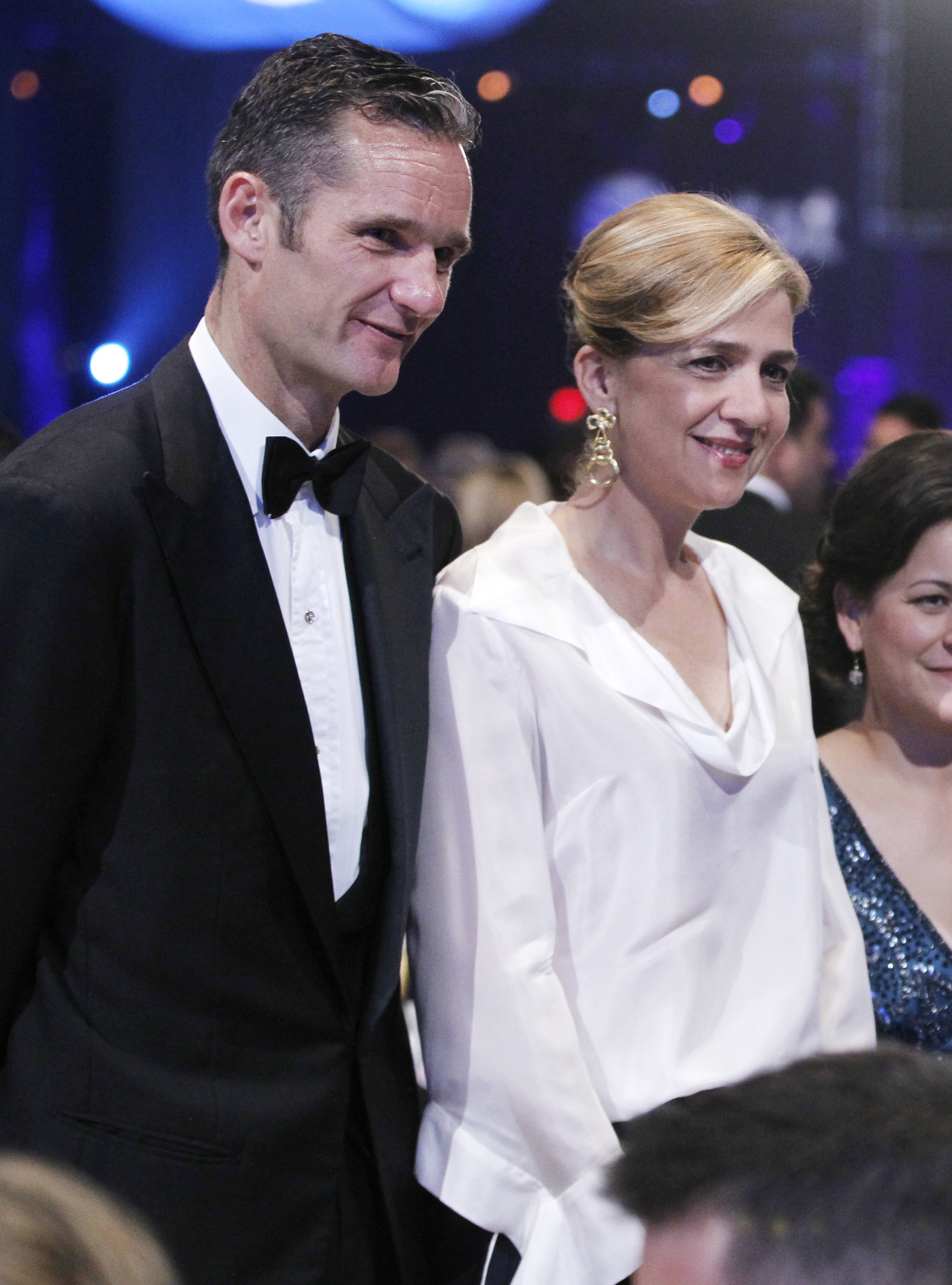 Inaki Urdangarin, the husband of Spain's Princess Infanta Cristina, is accused of embezzling millions of dollars. The princess is scheduled to appear in court Saturday to face allegations of tax fraud.

It seemed like a fairy-tale romance. The Spanish king's youngest daughter, Infanta Cristina, went to the 1996 Summer Games in Atlanta and fell in love with a handsome Spanish aristocrat-turned-Olympian, Iñaki Urdangarin. A year later, King Juan Carlos walked his daughter down the aisle.

Through marriage, Urdangarin got a royal title — the Duke of Palma — and carried his bride over the threshold of an $8 million mansion in Barcelona.

But the fairy tale has since unraveled.

"I think if you came back home, as Iñaki must have done, and said, 'Darling, we've just bought this $8 million house in Barcelona,' you presumably would ask your husband, 'Well, can we afford it?' " said William Chislett, a British author and researcher at the Elcano Royal Institute in Madrid. "And I would assume that Infanta either didn't ask, didn't want to ask — or simply assumed that they had the money."

They apparently didn't, or, as prosecutors claim, it wasn't their money.

Urdangarin had sought to parlay his Olympic success (two bronze medals in handball) into a career running a nonprofit foundation that organized sports events and conventions. But he stands accused of embezzling $8 million through that work.

The couple's Barcelona mansion has been confiscated by Spanish authorities, in lieu of bail money for Urdangarin.

And this Saturday, the princess is scheduled to appear in court on allegations of tax fraud and money-laundering tied to her alleged involvement in her husband's business. 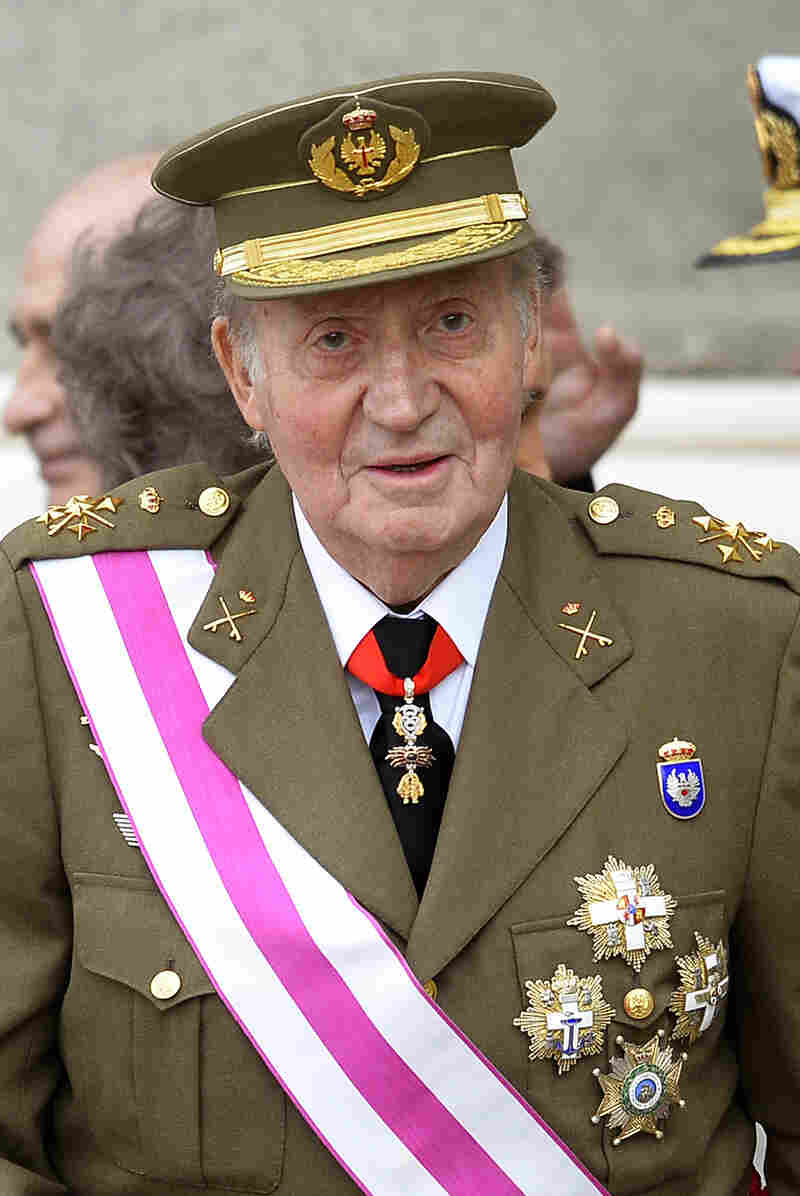 Spain's King Juan Carlos looks on during a ceremony at the royal palace in Madrid on Jan. 6. The royal family has come under increasing criticism for its spending habits as Spain has endured an economic crisis. Gerard Julien/AFP/Getty Images hide caption 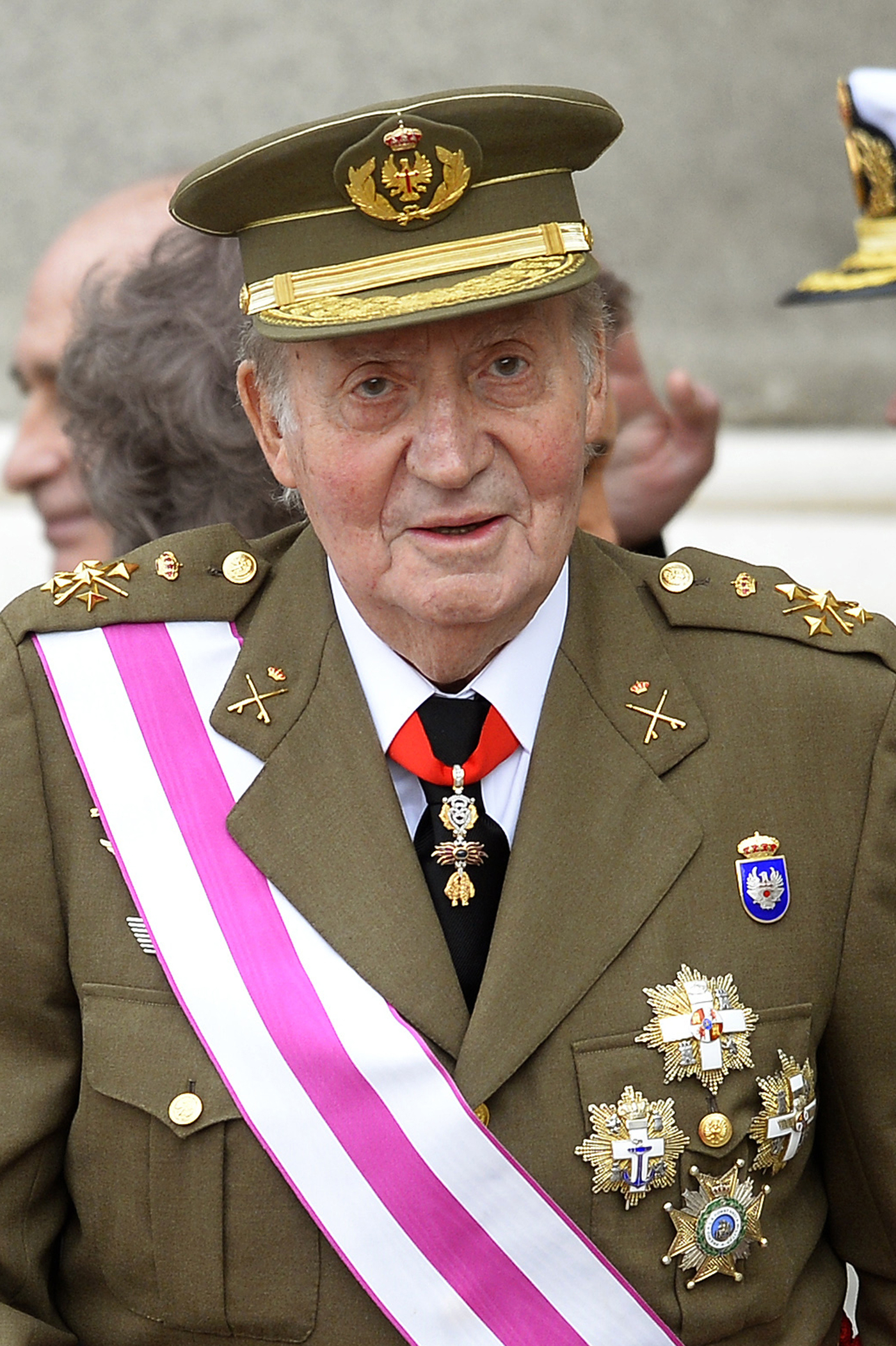 Spain's King Juan Carlos looks on during a ceremony at the royal palace in Madrid on Jan. 6. The royal family has come under increasing criticism for its spending habits as Spain has endured an economic crisis.

It's the first time a Spanish royal has ever been named a suspect in a criminal case. She and her husband face up to six years in prison if charged and convicted.

Their troubles imperil the Spanish royal family at a sensitive time — amid economic crisis, a pesky push by the northeast region of Catalonia to secede from Spain, and the 76-year-old king's ailing health.

The royals' approval ratings have hit their lowest level since democracy took hold here in the late 1970s.

"Things have changed very noticeably. The Spanish royals are not in the same position as the British monarchy yet — in that they're considered fair game in the media, for satire and criticism," said Hugh O'Donnell, a Scot who wrote a book on the Spanish royal family, the Borbóns. "But they're moving in that direction, where at last it's actually OK to criticize them if people think what they're doing isn't right."

A recent comedy sketch on a popular Spanish TV show, Polónia, shows a fairy godmother — a man dressed in drag — waving a magic wand and transforming Urdangarin into a rat, and Princess Cristina into a pauper — then erasing her from royal family photos. The studio audience goes wild.

"I remember when it would have been really unthinkable to publish a cartoon in Spain that ridiculed the monarchy in any way," said O'Donnell. "But now what we're witnessing is a kind of withering away of deference."

Infanta Cristina is the only direct descendant of a Spanish king to be subpoenaed in a criminal case, in modern history. Only King Juan Carlos himself has immunity from prosecution.

Even so, the king has not escaped criticism in the court of public opinion. He was forced to issue a rare royal apology in 2012, after it came out that he had taken an elephant-hunting trip to Africa that cost several times the annual average salary of a Spaniard.

When his daughter appears in court this weekend, judges plan to grill her on what role, if any, she played in her husband's business. Prosecutors allege the duke embezzled public donations through shell companies, at least one of which was partially owned by the princess.

"The central question is her participation in a company called Aizoon, which [tax documents show] was 50 percent owned by the princess herself," said Carlos Cruzado, a Spanish tax inspector studying the princess' case. "With that ownership comes responsibility for any crimes the company may have committed."

This week, the royal palace faced more austerity. The king — like all Spanish civil servants — has had his salary frozen for a third straight year. His daughter, Princess Cristina, has been cut out of the budget completely.