Accessibility links
Three Years Later, A Harrowing Visit To Fukushima : Parallels The operator of the Fukushima Dai-ichi plant is under criticism for its management of the cleanup after the tsunami and subsequent meltdown in 2011. NPR's Anthony Kuhn recently went inside one of the Fukushima reactors to see the efforts himself. 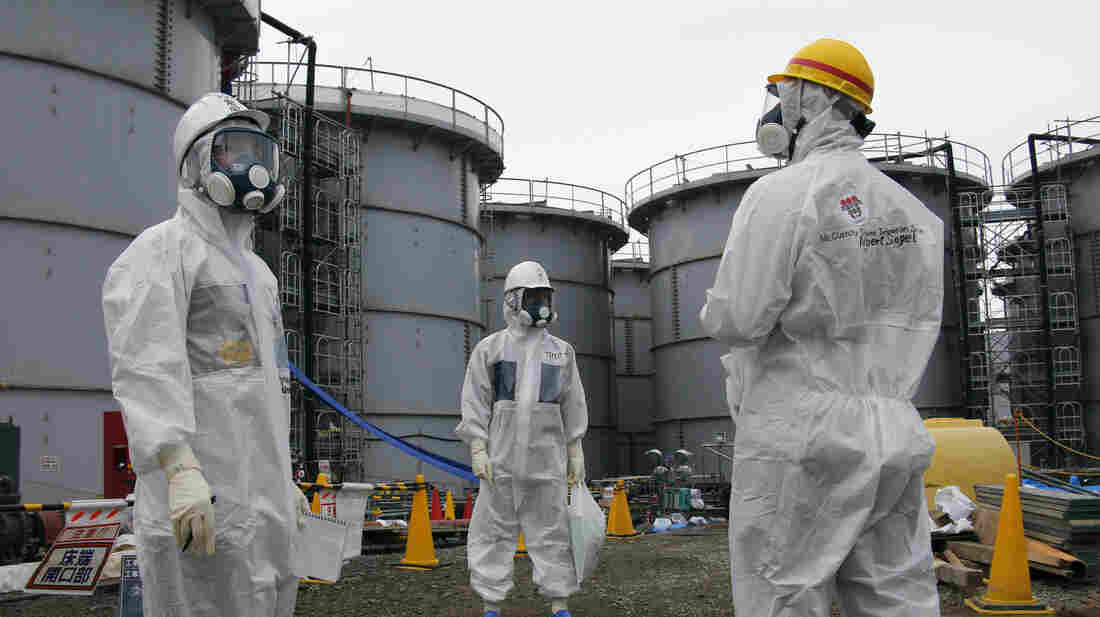 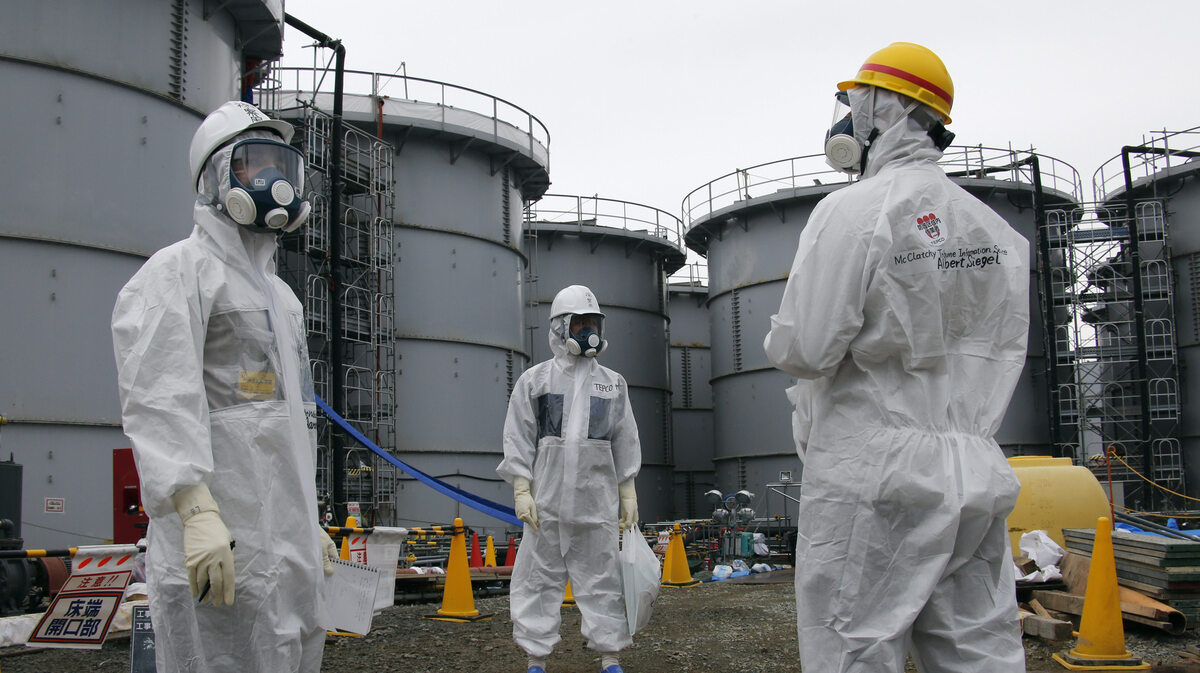 On Thursday night, I stayed at a motel in the town of Hirono, just outside a restricted zone in Fukushima Prefecture. The motel's residents were all men, all apparently working on the cleanup of the Fukushima Dai-ichi nuclear plant, where three reactors melted down and a fourth caught on fire after a quake and tsunami in 2011.

I was told that, except for a few elderly residents, most of Hirono's inhabitants had left for other places.

In the motel's restaurant, as the workers dined on chicken cutlets, rice and miso soup, they said they had come from all over the country to work at the nuclear plant. They added that they were lucky to be staying in a motel; the plant's operator is mostly using subcontractors to supply labor, which drives down the pay and tends to leave the poorest workers living in crowded dormitories.

Workers and labor activists say that Tokyo Electric Power Company, or TEPCO, is subcontracting the work out to avoid taking direct responsibility — financial and otherwise — for the dangers the workers face each day at the plant.

On Friday morning, I traveled to the nuclear plant through towns that were either completely abandoned or where residents are occasionally allowed to return to tend to their homes. I was checked for radiation levels, and then wrapped in multiple layers of protective clothing, a mask, respirator and dosimeter to measure radiation.

After Meltdown, Nine Months Of Drift For Fukushima Survivors

Feeling a bit like a scuba diver, I awkwardly followed TEPCO staff into the damaged No. 4 reactor. I clambered up scaffolding past mounds of dusty debris under the main fuel storage pool. This reactor was not operating when the quake and tsunami hit on March 11, 2011. The roof of the structure was blown off by a hydrogen explosion, but the reactor core did not melt down, unlike those in reactors 1 through 3.

TEPCO personnel showed me new, reinforced walls, which they told me could resist the force of another quake of the same 9.0-magnitude as the one in 2011. They also showed me a giant crane with a mechanical arm picking up nuclear fuel rods and putting them into a metal cask to be taken out of the reactor and stored nearby. TEPCO engineers told me that this was a routine procedure and that they had conducted tests and developed contingency measures to prevent accidents while moving the rods.

But recent days and weeks have brought embarrassing news for TEPCO, including that levels of radioactive strontium in wells in the plant were reported months late, and were 10 times lower than the actual amount. TEPCO says it was a measurement error. Japan's nuclear regulator slammed TEPCO, saying it lacks basic understanding of measuring and handling radiation.

Some critics say that TEPCO can't be trusted and that the world's largest nuclear accident is still waiting to happen at Fukushima, such as an accidental nuclear reaction that releases large amounts of harmful radiation into the air. TEPCO dismisses predictions like this as alarmist. Japanese themselves are highly divided on the issue, just as they are about whether or not their country should continue to rely on nuclear power, which previously supplied up to a third of their electricity.

One thing that seems certain is that the work of cleaning up and shutting down the Fukushima Daiichi nuclear plant will go on for a long time. TEPCO predicts it could last 30 or 40 years. Others say that estimate is blindly optimistic.