Accessibility links
The World According To Vladimir Putin : Parallels Russia's leader believes Moscow must play a central role in global affairs, from ex-Soviet republics like Ukraine to Syria in the Middle East. His positions put him in regular conflict with the U.S.

The World According To Vladimir Putin

The World According To Vladimir Putin 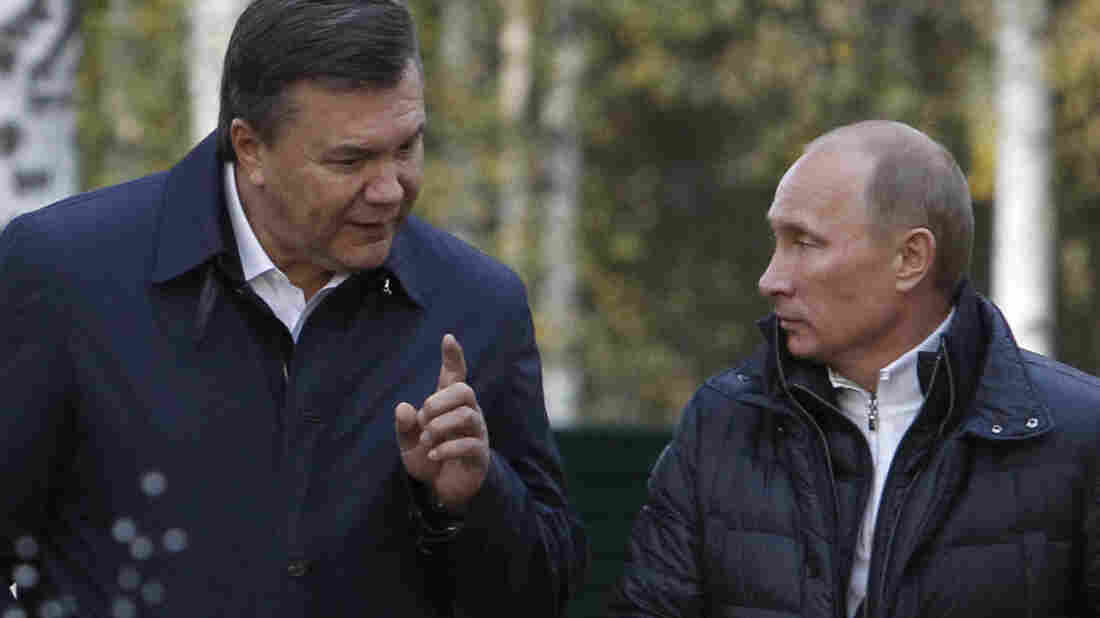 Russian leader Vladimir Putin (right) listens to Ukrainian President Viktor Yanukovych during a meeting outside Moscow in 2011. Putin has supported Yanukovych in the current crisis in Ukraine, while the U.S. has been increasingly critical. This is one of many issues where Russia and the U.S. are at odds. Sergei Karpukhin/AP hide caption 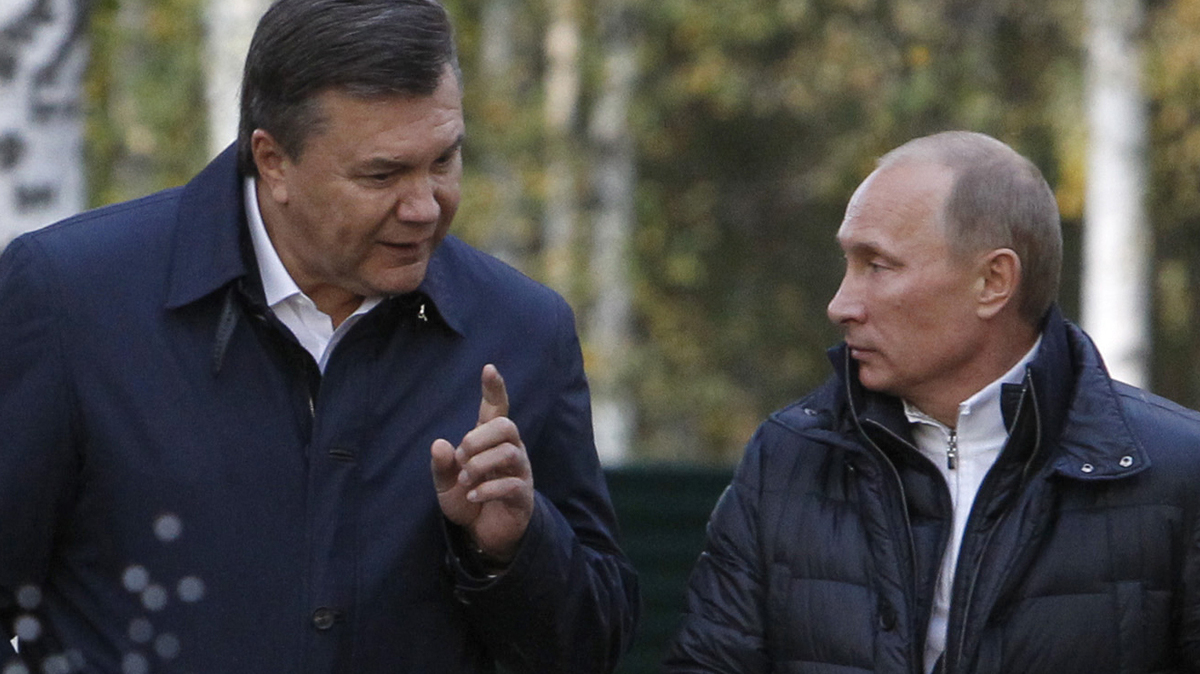 Russian leader Vladimir Putin (right) listens to Ukrainian President Viktor Yanukovych during a meeting outside Moscow in 2011. Putin has supported Yanukovych in the current crisis in Ukraine, while the U.S. has been increasingly critical. This is one of many issues where Russia and the U.S. are at odds.

The worldview of Russian President Vladimir Putin could be summed up along these lines:

Moscow's precipitous decline in global influence since the Soviet breakup must be reversed. Russia must be respected as the dominant power in former Soviet republics like Ukraine. Russia is entitled to a strong voice in the Middle East based on longstanding ties to Syria and other Arab states. In the rest of the world, Russia will be a counterweight to the U.S. and the West, which meddles in far too many places.

These positions have put Putin in conflict with the U.S. in more global hot spots than any other world leader. He revels in this role, and President Obama's attempt to reset relations with Russia appears to have been for naught.

"Putin sees influence as a zero-sum game. If Russia has influence, then the U.S. doesn't," said Michael Rubin of the American Enterprise Institute and author of a new book, Dancing with the Devil: The Perils of Engaging Rogue Regimes.

"Putin is not going to make any of the value judgments that Americans often make," he added. "The United States sees its allies as partners, but Putin and many Russians see partners as client states."

Putin has gone to battle with the West on multiple fronts, and here's a scorecard on the status of those showdowns.

Ukraine: In the post-Cold War world, a political crisis in Ukraine is precisely the kind of issue where the U.S. and Russia should be able to come together to fashion a solution.

There's even a precedent of sorts. In 1994, the U.S., Russia and Ukraine cooperated to help Ukraine get rid of its nuclear stockpile dating to the Soviet era. The nukes were eliminated and everyone was happy.

This time around, the Ukrainian crisis began when the country was considering a European Union trade deal. But Russia saw it as a move to reorient Ukraine away from Moscow. Russia offered $15 billion in subsidies, and Ukrainian President Viktor Yanukovych accepted, turning his back on the EU offer. Ukrainian protesters took to the streets.

What began as an effort to foster greater economic cooperation in Europe has rapidly evolved into a violent crisis that now includes sanctions and echoes of the Cold War.

With more than 50 people killed over the past few days, the White House has grown increasingly critical of the Ukrainian government and security forces. The U.S. has also imposed travel bans on 20 Ukrainian civilian and political leaders considered directly responsible for the violent crackdown.

"There's so much bad blood on the part of the Russians, who view any U.S. role in their neighborhood as meddlesome," Andrew Weiss, of the Carnegie Endowment for International Peace, told All Things Considered. "It's really poisonous out there right now." 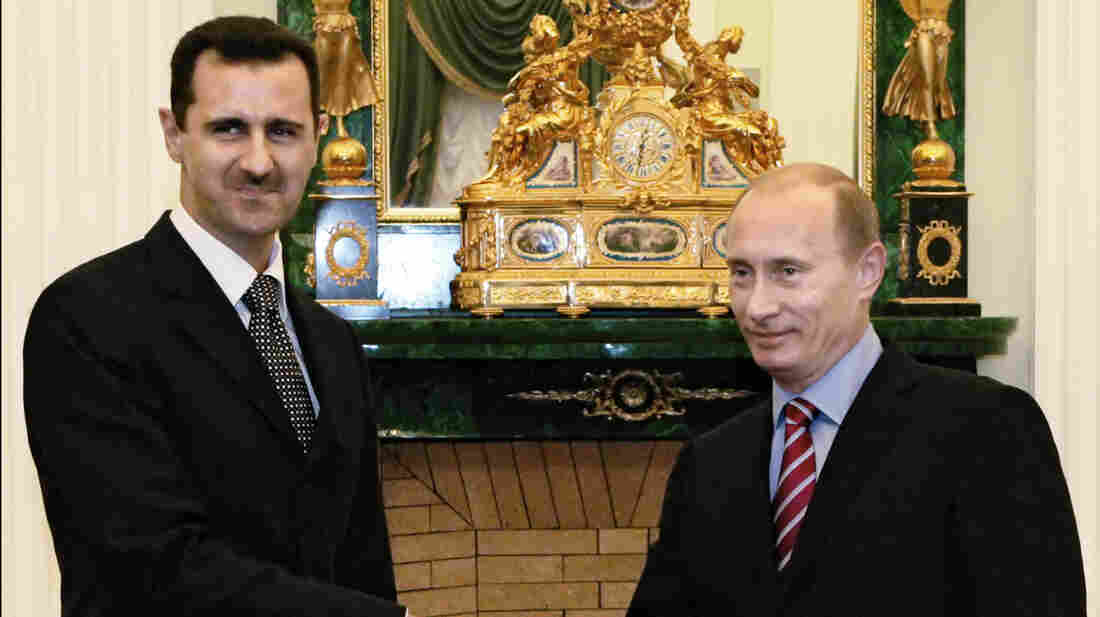 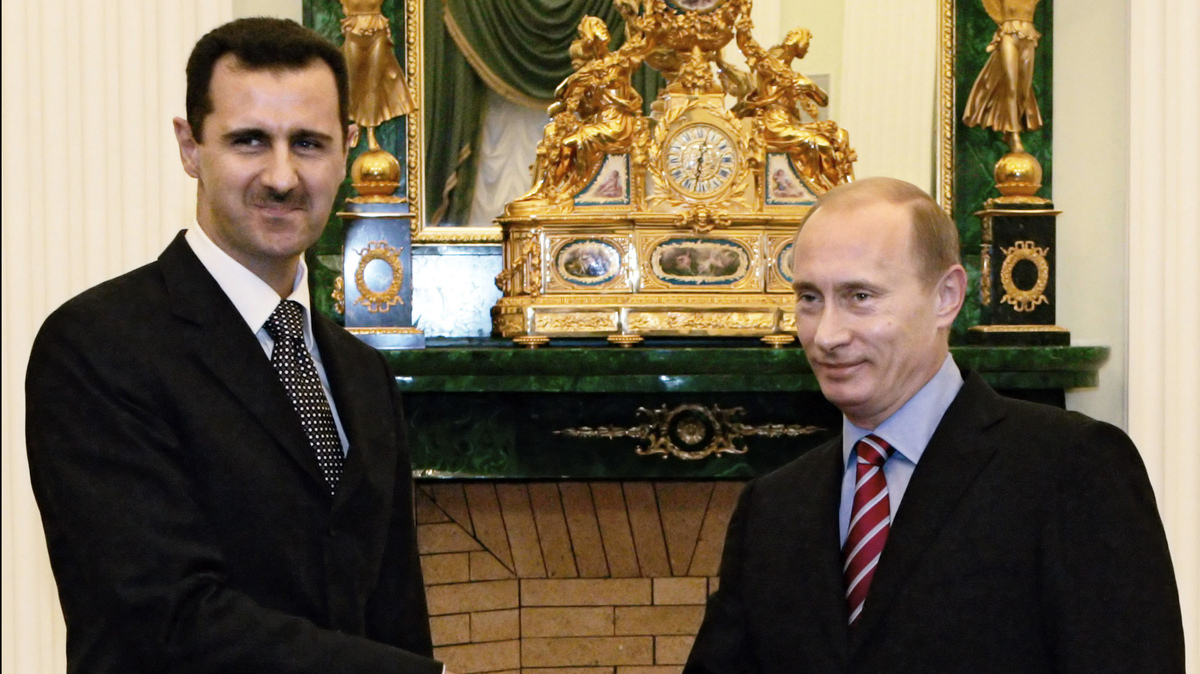 Putin greets his Syrian counterpart, Bashar Assad, in Moscow on Dec. 19, 2006. Russia has remained a steadfast ally of Assad despite three years of civil war and Western calls for Assad's ouster.

Syria and the Arab Spring: The U.S. has been calling for the departure of Syrian President Bashar Assad, while Russia staunchly supports him, arguing that he's the one person who could potentially keep order despite nearly three years of civil war.

Syria also feels a bit like a flashback. The Soviet Union backed Assad's father, Hafez, who ruled from 1970 until his death in 2000, when he was succeeded by Bashar.

Russia sees the U.S. as naive for believing the overthrow of longtime Middle East rulers will somehow lead to a flowering of democracy.

Russia takes a much more cynical view in Syria and the broader region, arguing that regime change will only lead to the empowerment of radical Islamist groups.

In the Russian view, Moscow and Washington share a concern over the rise of radical Islam. Yet the U.S. has pursued policies that have the unintended consequence of empowering extremists.

Why Can't The Former Soviet Republics Figure Out Democracy?

Russia, for example, opposed NATO's air campaign in Libya that played a crucial role in ousting Moammar Gadhafi. The Libyan dictator was overthrown in 2011 to cheers from the West. But since then, Libya has been plagued by unruly militias that have made the country largely ungovernable.

Georgia: Russia and Georgia went to war for several days in August 2008, ostensibly over two small breakaway regions in Georgia. But the larger context was the pro-Western positions of Georgian President Mikhail Saakashvili, who favored closer ties with Europe and the U.S., including NATO.

After the fighting, Russia declared the two breakaway regions independent, and an embittered Georgia broke off relations with Russia.

Putin provoked renewed anger in Georgia last August when he visited one of those regions — Abkhazia — which is just a short distance from Sochi, Russia, host of the Olympics. But Putin's message was clear: There will be consequences for defying Moscow.

Saakashvili, who left office last year and is now at Tufts University in Massachusetts, predicted that Putin's policies are destined to fail.

"There is a fundamental contradiction between Mr. Putin's effort to tighten the screws and restore the past, and the dreams of people in and around Russia who are striving for a better future," Saakashvili wrote last week in The New York Times. "As a result, Mr. Putin's fate might well be decided in the cold streets of Kiev rather than on the balmy slopes of Sochi."