Accessibility links
Why Ukraine Is Such A Big Deal For Russia : Parallels Geopolitics is one way to explain why Russia wants to keep its influence in Ukraine, but there are other important reasons, too: history, faith, economics and culture.

Why Ukraine Is Such A Big Deal For Russia

Why Ukraine Is Such A Big Deal For Russia 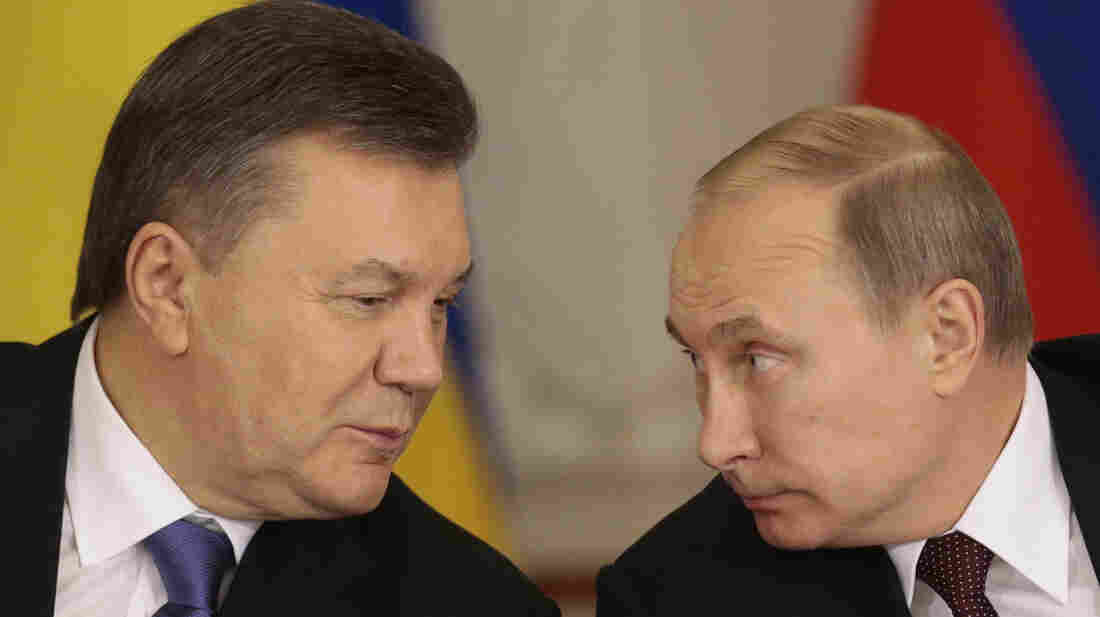 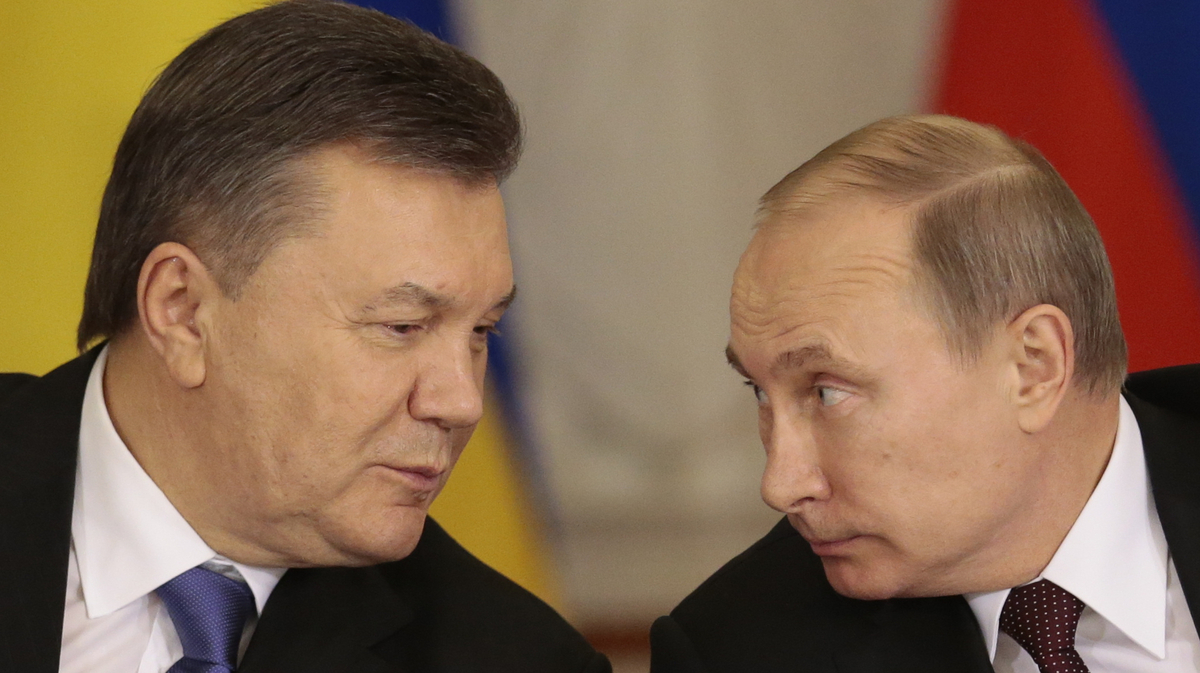 Russian President Vladimir Putin (right) and his Ukrainian counterpart, Viktor Yanukovych, chat during a news conference after talks in Moscow on Dec. 17.

There's cautious optimism in Ukraine and the West on Friday at news that President Viktor Yanukovych has agreed to hold new elections, form a unity government and restore a constitution drafted in 2004. But the mood in Moscow may not be as optimistic.

One reason for this, as NPR's Greg Myre reported, is that Russian President Vladimir Putin wants to stem his country's decline in global influence: Moscow's leverage in places like Ukraine is one way to preserve that influence. But there are other reasons why Ukraine is of deep interest to Russia — reasons that have more to do with history, faith, economics and culture.

Matthew Rojansky, director of the Kennan Institute at the Wilson Center, says the two countries "are joined at the hip": They share language; Russian media are popular in Ukraine; there are family ties; many Ukrainians work in Russia; and Russians have billions of dollars invested in Ukraine.

Historically, those ties date back to before the Soviet Union — and even before the days of the Russian empire that began in the 18th century.

Many consider Ukraine to be the birthplace of the region's Orthodox Christianity. Ukraine then became part of the Russian empire, and later part of the Soviet Union, where Ukrainian men were pivotal in the Soviet defeat of the German army in World War II. (Ukraine was perhaps the most important Soviet republic after Russia).

Linguistically, as we've told you before, most Ukrainians speak both Ukrainian and Russian. But it's the eastern and southern parts of the country where Russian speakers dominate, and where Russia still holds influence.

Take Crimea, for instance. More than half of its 2 million people are Russian, and Russia still maintains a naval base there. In fact, the region was part of Russia until 1954, when Soviet leader Nikita Khrushchev gave it to Ukraine as a present. When the Soviet Union broke up in 1991, Crimea became part of an independent Ukraine.

Millions of Ukrainians work in Russia, and according to the EU-funded Migration Policy Centre, the Russia-Ukraine border is the second-largest migration corridor in the world. (The U.S.-Mexico border is the largest.) The center says that in 2011, more than one-third of all Ukrainian migration was to Russia.

Russian companies are one of the largest investors in Ukraine, accounting for 7 percent of total foreign investment in 2013, according to official Ukrainian statistics. And when Yanukovych walked away from the deal on closer economic and political ties with the EU, Russia said it would buy $15 billion worth of Ukrainian bonds, giving Kiev an economic lifeline. (But on Friday Moscow said it was taking a wait-and-see approach to the events unfolding across the border.)

Ukraine is also a key component of Russia's plans for a Eurasian customs union with some other former Soviet states. But as Steven Pifer, former U.S. ambassador to Ukraine, told NPR's Robert Siegel, "for many Ukrainians, and I even think for President Yanukovych, that's not where they want to go."

The crisis in Ukraine is, in many ways, a conflict about the former Soviet republic's future direction: Should it look westward toward the EU or maintain close ties with Russia?

Until recently, this wasn't an either/or question, says Stephen Sestanovich, a professor of international diplomacy at Columbia University.

"For 20-odd years, it has been possible for the Ukrainians to kind of have it both ways," Sestanovich told NPR's Siegel. "What is now the troubling issue on the agenda is the perception of a lot of people that you do have to choose, and that is producing violence across Ukraine."

There are historical reasons for some of the antipathy — especially in the western part of Ukraine that borders Poland, where the protests against Yanukovych have been the loudest. This area was once part of Poland and Austro-Hungary, and became part of Ukraine only when World War II began.

Ukraine was the victim of the 1932-33 famine induced by Soviet dictator Joseph Stalin. Later, it was among the Soviet republics that bore the brunt of the Chernobyl disaster.

Those events undoubtedly resonated in the public memory for years: Ukraine was one of the first Soviet republics to vote for independence from the USSR. It did so overwhelmingly in 1991. The Soviet Union fell apart soon after that.