Accessibility links
Crimea: A Gift To Ukraine Becomes A Political Flash Point : Parallels In 1954, Soviet leader Nikita Khrushchev transferred Crimea from Russia to Ukraine. At the time it seemed unexceptional, but six decades later, that gift is having consequences for both countries. 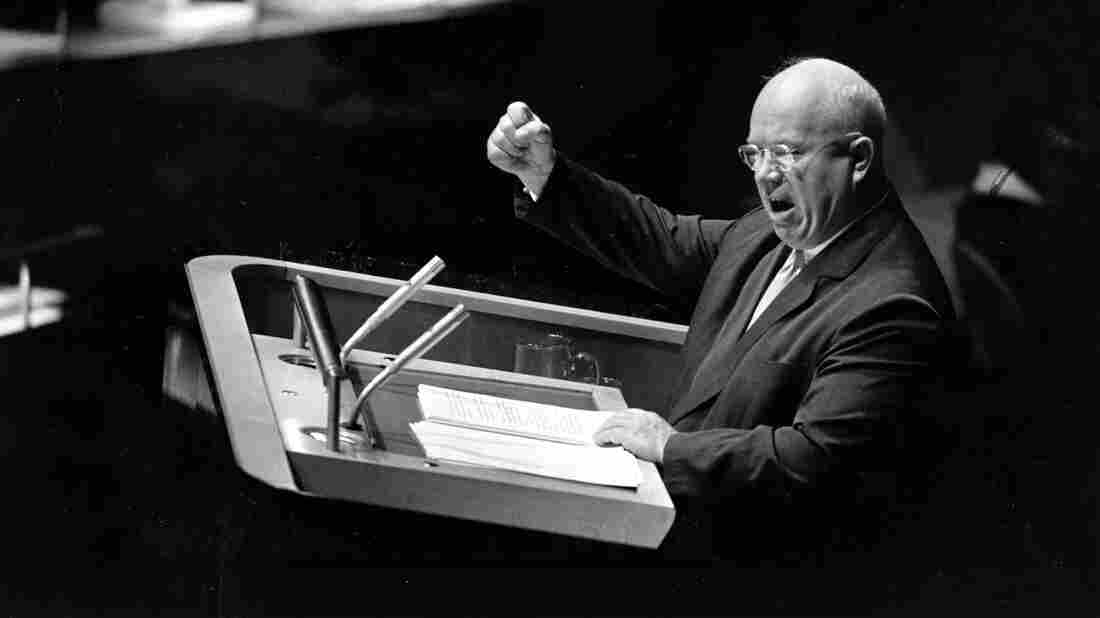 Soviet leader Nikita Khrushchev was Russian but felt an affinity with Ukraine. His decision to give Crimea to Ukraine is having consequences today. AP hide caption 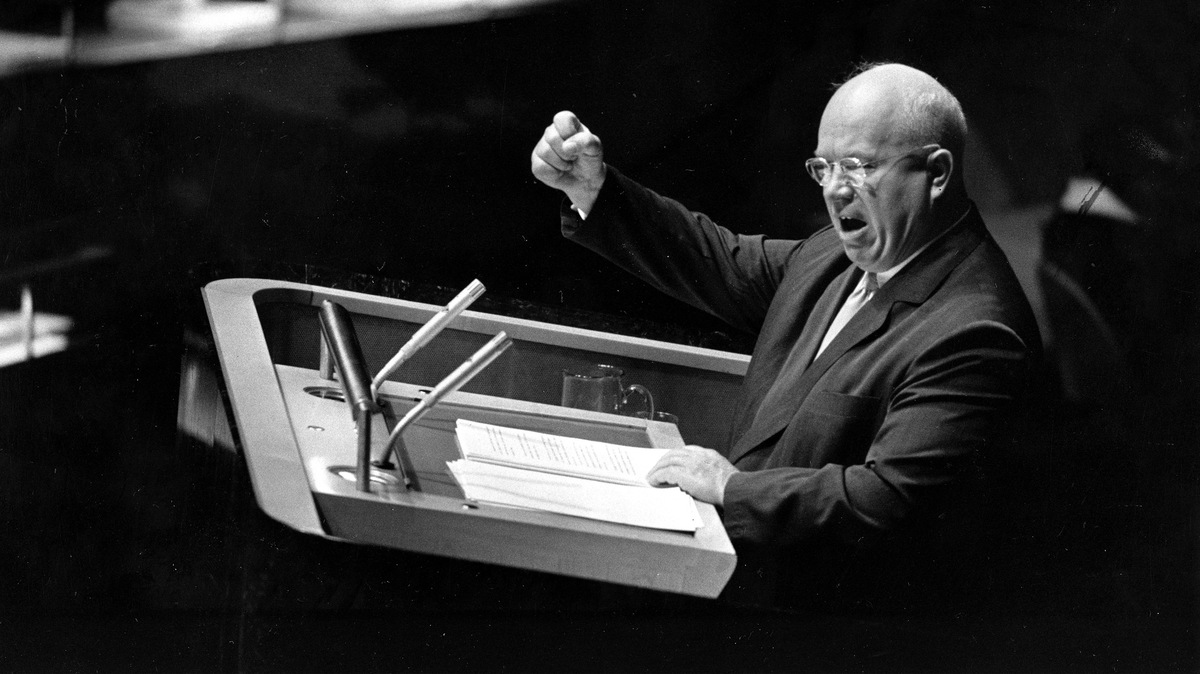 Soviet leader Nikita Khrushchev was Russian but felt an affinity with Ukraine. His decision to give Crimea to Ukraine is having consequences today.

In 1954, Soviet leader Nikita Khrushchev gave Ukraine a gift: Crimea. At the time, it seemed like a routine move, but six decades later, that gift is having consequences for both countries.

The transfer merited only a paragraph in Pravda, the official Soviet newspaper, on Feb. 27, 1954. The story was one long sentence and dense with detail. Here's what it said:

And with that, a region that had been part of Russia for centuries was "gifted" to Ukraine.

"Gifted" because Khrushchev's transfer was ostensibly to mark the 300th anniversary of Ukraine's merger with the Russian empire. And he probably didn't think the Soviet Union would be gone less than 40 years later.

But, asks Lewis Siegelbaum, a historian at Michigan State University, "what motivated such generosity?" Writing on the website Seventeen Moments In Soviet History, he says:

"After all, Crimea, the rugged peninsula jutting into the Black Sea, had not become territorially contiguous with Ukraine all of a sudden." Siegelbaum argues that Crimea's cultural links with Russia were far stronger, and, at the time, there were slightly more than three Russians in Crimea for each Ukrainian. (Stalin had expelled the entire local Tatar population a decade earlier.)

And, Siegelbaum says, the idea that Crimea and Ukraine had economic similarities, as Pravda noted, was a stretch, since the peninsula was mostly a tourist destination for the rest of the Soviet Union.

There were other reasons for the handover, though.

Ukraine's great famine, or Holodomor, was created by Joseph Stalin, Khrushchev's predecessor; millions died. Stalin died in 1953, and when Khrushchev took over, "the idea was that they really needed to democratize the system, to centralize it less," says Nina Khrushcheva, Khruschev's great-granddaughter and an associate professor of international affairs at The New School in New York.

"It was somewhat symbolic, somewhat trying to reshuffle the centralized system and also, full disclosure, Nikita Khrushchev was very fond of Ukraine," she tells NPR's David Greene. "So I think to some degree it was also a personal gesture toward his favorite republic. He was ethnically Russian, but he really felt great affinity with Ukraine."

As a teenager, Khrushchev went to work in Ukraine's mines. He then joined the Communist Party and rose up through the ranks. He married a Ukrainian woman and considered Ukraine "one of his native lands," Khrushcheva says.

Khrushcheva, the author of the upcoming The Lost Khrushchev: A Journey into the Gulag of the Russian Mind, spent time as a child with the Soviet leader. The interview airs on Friday's Morning Edition, but you can listen to a longer version of the conversation below.

Khrushcheva also wrote about the history of Russia-Ukraine relations for Reuters this month.

Russians have a decidedly different view of the events.

On Feb. 19, 2009, Pravda ran a piece with the headline: "USSR's Nikita Khrushchev gave Russia's Crimea away to Ukraine in only 15 minutes." Here's how the article described the events:

"The agenda of the session of the Presidium of the Central Committee of the Communist Party of the Soviet Union, which took place January 25, 1954, contained a question about the delivery of the Crimean region to the structure of the Ukrainian SSR [Soviet Socialist Republic]. The discussion of the question took only 15 minutes. The participants of the meeting approved the decree, and the region was given away to Ukraine for free."

As Siegelbaum, the MSU historian, notes in his essay: "A gift that was at the time essentially meaningless has acquired great historical importance."