Accessibility links
From Weapons To Fashion, Crimea's Indelible Mark On History : Parallels The region hasn't dominated headlines for nearly 160 years, but the Crimean War played a huge role in the Western zeitgeist of the time. And its cultural and technological impacts still reverberate. 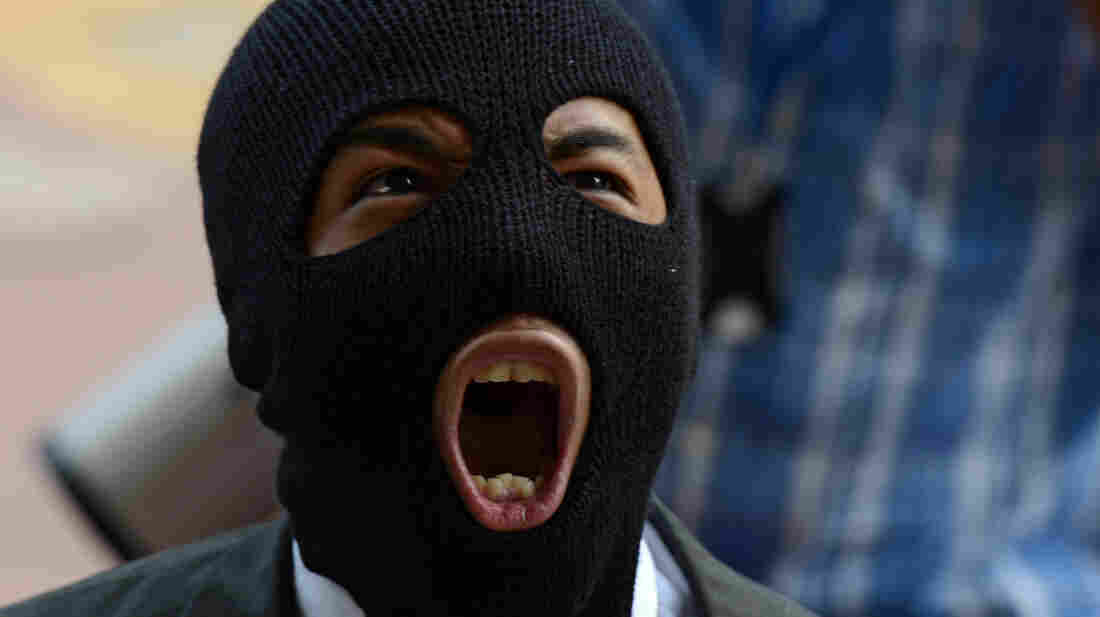 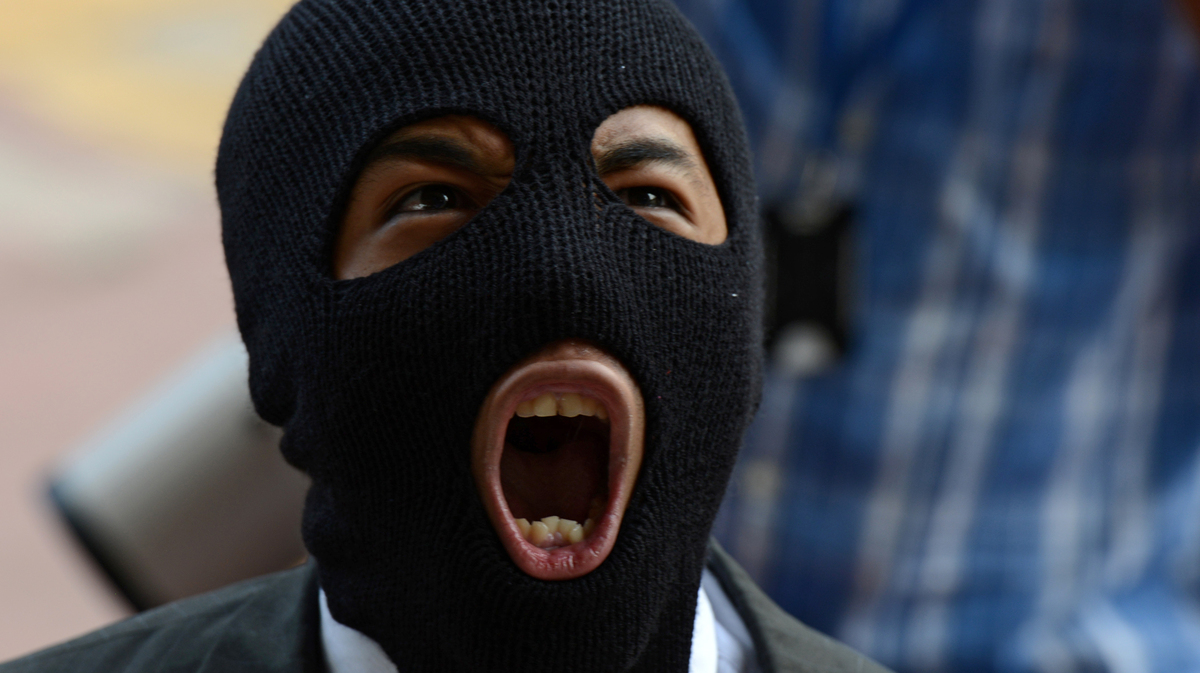 A balaclava-clad protester shouts anti-government slogans during a rally in Honduras.

For history nerds, it's fascinating to see the word "Crimea" back in the news. The last time this peninsula on the Black Sea dominated world headlines was nearly 160 years ago. (Winston Churchill, Franklin D. Roosevelt and Joseph Stalin met there at the town of Yalta in 1945, but that wasn't really about the region.)

The Crimean War of 1853-1856 pitted the Russians against the British Empire, France, the Ottoman Empire and Sardinia. Russia lost. That's about all you need to know about the geopolitics. But the Crimean War played a huge role in the Western zeitgeist of the time, and is notable for the literary, cultural and technological impacts that still reverberate. Here's a quick survey:

Poetry: Alfred Tennyson wrote about a doomed British cavalry charge at the Battle of Balaclava:

"Into the valley of Death
Rode the six hundred." 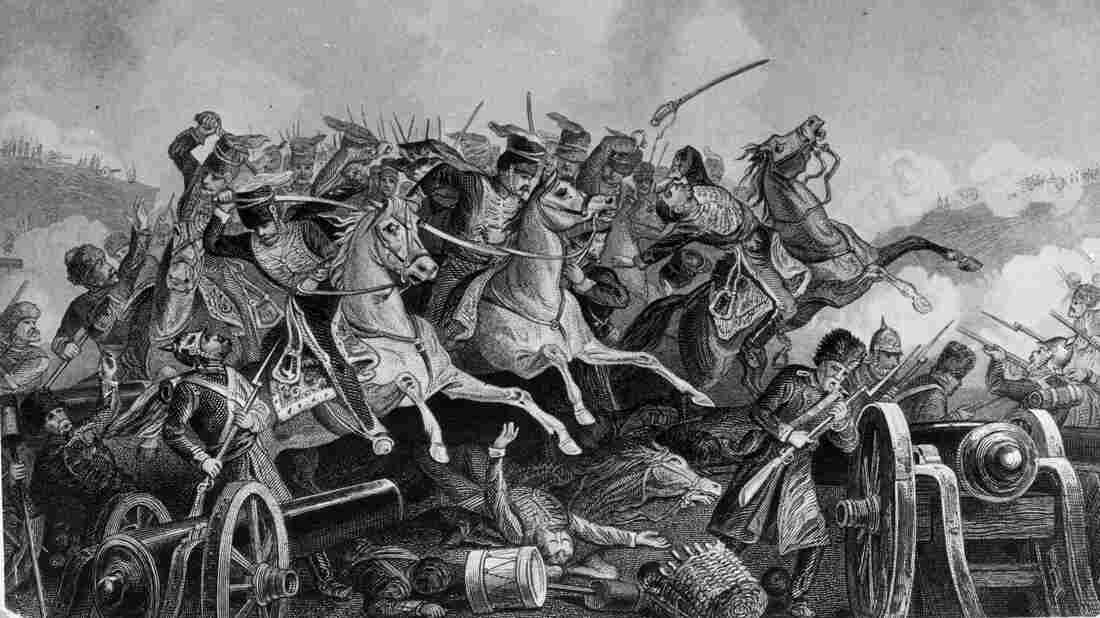 An engraving depicts the ill-fated Charge of the Light Brigade at the Battle of Balaclava during the Crimean War. Hulton Archive/Getty Images hide caption 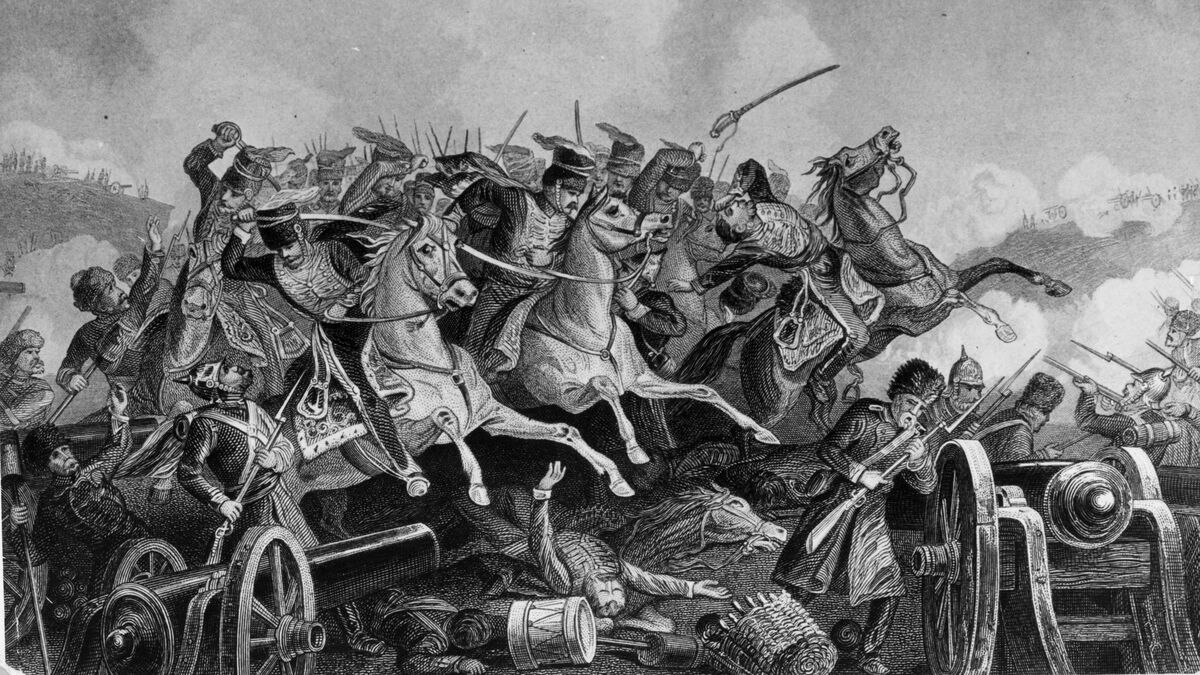 An engraving depicts the ill-fated Charge of the Light Brigade at the Battle of Balaclava during the Crimean War.

Fashion: Speaking of Balaclava, the Crimean War also left us with a popular form of cloth headgear, also known as a ski mask.

Journalism: A relatively new invention, the telegraph, enabled much faster communications between the far-flung battlefields in Crimea and the homefront in London. This enabled some of history's first "live" war reporting.

Criticism of military operations reached the British public in relatively real time, and the British government found itself in a predicament familiar to politicians in many modern conflicts: losing control of information from the battlefield. Sir William Howard Russell's dispatches in The Times helped change the course of the war. Notably, he pointed out the terrible treatment the British provided their wounded soldiers, including the lack of ambulances.

Health Care: Reports of deplorable battlefield conditions spurred Florence Nightingale and Mary Seacole to improve combat medicine and military sanitation. Getting shot was in some ways worse than getting killed outright, as the wounded were often left lying in filth and agony where they had fallen or exposed to gruesome treatment in what then passed for military hospitals. In many cases, treatment was simply death postponed, as survival rates were extremely low. And troops who managed not to get shot weren't out of danger. More soldiers died from poor sanitary conditions and diseases, such as typhus and cholera, than perished in battle.

Photojournalism: Photography was still in its infancy when war broke out in Crimea. A couple of intrepid photographers headed to the region, notably Roger Fenton. Don't expect to see any battlefield charges or explosions, though. The exposures required for the very slow "film" of its day — glass plates treated with chemicals to make them light-sensitive — were several seconds or more, so only stationary objects could be captured.

Military Technology: In many ways, the Crimean War previewed many of the strategic and technological features that would mature, a decade later, in the American Civil War. Among the battlefield advances tested on the Black Sea coast were: