Accessibility links
U.S. Steps In Response To Russia's Intervention In Ukraine : Parallels The U.S. has announced several moves, including a visa ban on some officials and the potential to freeze the assets of individuals and institutions involved in the unrest.

U.S. Steps In Response To Russia's Intervention In Ukraine

U.S. Steps In Response To Russia's Intervention In Ukraine 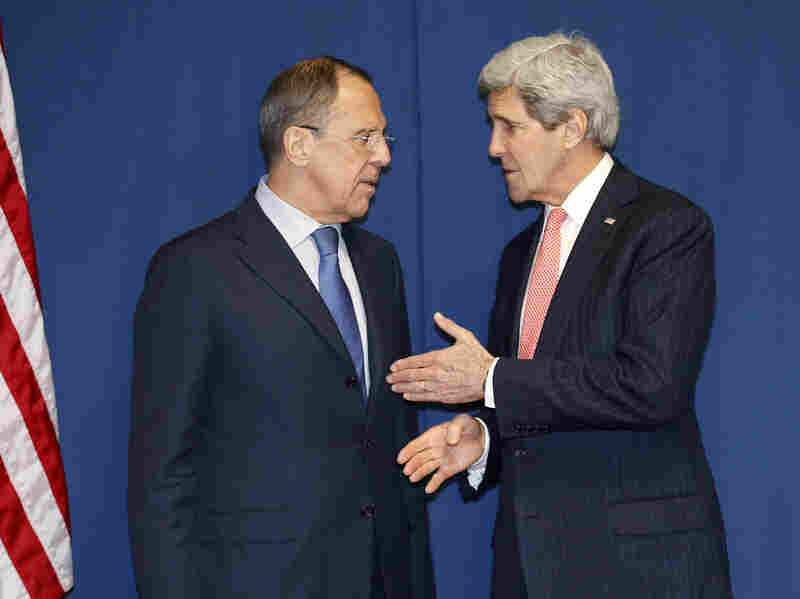 Secretary of State John Kerry talks Thursday with Russian Foreign Minister Sergey Lavrov during a meeting in Rome to discuss Ukraine. Diplomacy is among the several approaches the U.S. is taking to resolve the crisis. Kevin Lamarque/AP hide caption 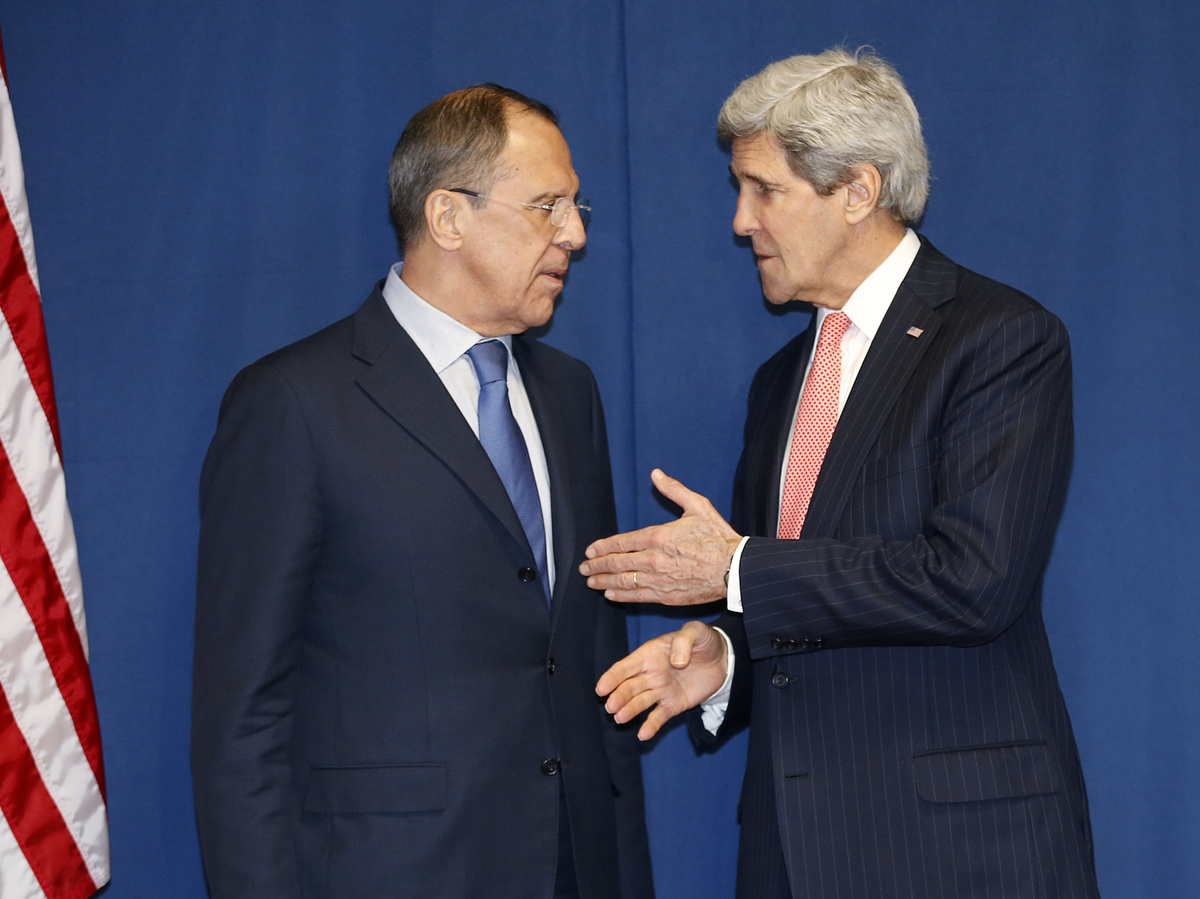 Secretary of State John Kerry talks Thursday with Russian Foreign Minister Sergey Lavrov during a meeting in Rome to discuss Ukraine. Diplomacy is among the several approaches the U.S. is taking to resolve the crisis.

President Obama has condemned Russia's intervention in Ukraine's Crimean Peninsula, while Secretary of State John Kerry has been meeting with European, Russian and Ukrainian leaders in search of a peaceful resolution to the crisis.

Here are some of the measures the U.S. has taken in recent days:

The White House unveiled new steps Thursday to punish those behind the unrest in Ukraine. It announced a visa ban on Russian and Ukrainian officials. Those already with U.S. visas will have them revoked. No individuals were named, nor did the statement say how many officials there were, but The New York Times, citing a senior administration official, said there were about a dozen individuals, mostly Russian, who are affected.

Additionally, President Obama signed an executive order that provides a framework for further sanctions. A senior administration official said those steps could include "powerful financial sanctions on individuals and entities" responsible for the situation in Ukraine.

The U.S. has suspended preparatory meetings for the upcoming Group of 8 summit in Sochi, Russia. It has also canceled talks on trade and commercial ties to Russia. And, the White House announced this week it wouldn't send a presidential delegation to the Paralympic Games in Sochi.

In Washington, Obama and Vice President Joe Biden met this week with the leaders of the former Soviet republics of Georgia and Moldova. Relations between Georgia and Russia are tense, and the two countries fought a brief war in 2008 over the Georgian enclave of South Ossetia.

The U.S. canceled military consultations with Russia. Additionally, the Defense Department said it would, as a reassurance, expand flights over the Baltic nations, all former Soviet states. And next week, the U.S. will send F-16 fighter jets to central Poland to take part in an expanded military exercise.

"We continue to reassure our Eastern European allies that at this very delicate and potentially destabilizing time, the United States is strongly committed to their security," a senior administration official said.

The House approved a measure for approximately $1 billion in loan guarantees for Ukraine, and in a resolution, the House Foreign Relations Committee condemned Russia's actions.

In the Senate, lawmakers are pushing for a measure that would blacklist certain Russians, and some Russian banks and companies.

U.S. lawmakers have also called for an increased missile defense system in Poland and the Czech Republic.

There is a precedent for much of what's happening in Ukraine: Russia's 2008 war with Georgia. As we told you this week:

"Back in 2008, the former Soviet republic of Georgia tried militarily to recapture South Ossetia, a part of the country that had broken away and enjoyed de facto autonomy since the 1990s. Russia invaded, saying it was protecting South Ossetia's Russian population."

After his failed attempts to get Vladimir Putin to change his mind, then-President George W. Bush ordered U.S. ships to the region. The U.S. military transported home Georgian troops who were then serving in Iraq. Bush also sent humanitarian aid to Georgia and put on ice a pending nuclear agreement with Russia.

Still, any effective action is likely to need European cooperation, something that may not be easy to come by.

If you're looking for context about Russia's role in Ukraine and Crimea, you can read the stories below:

— Crimea: A Gift To Ukraine Becomes A Political Flash Point

— Why Ukraine Is Such A Big Deal For Russia