Accessibility links
Britain's 'Tea Party' Pushes For Cutting Ties With European Union : Parallels The UK Independence Party doesn't have any seats in parliament. But it does seem to influence Britain's ruling Conservatives by tapping into the same themes favored by the Tea Party in the U.S. 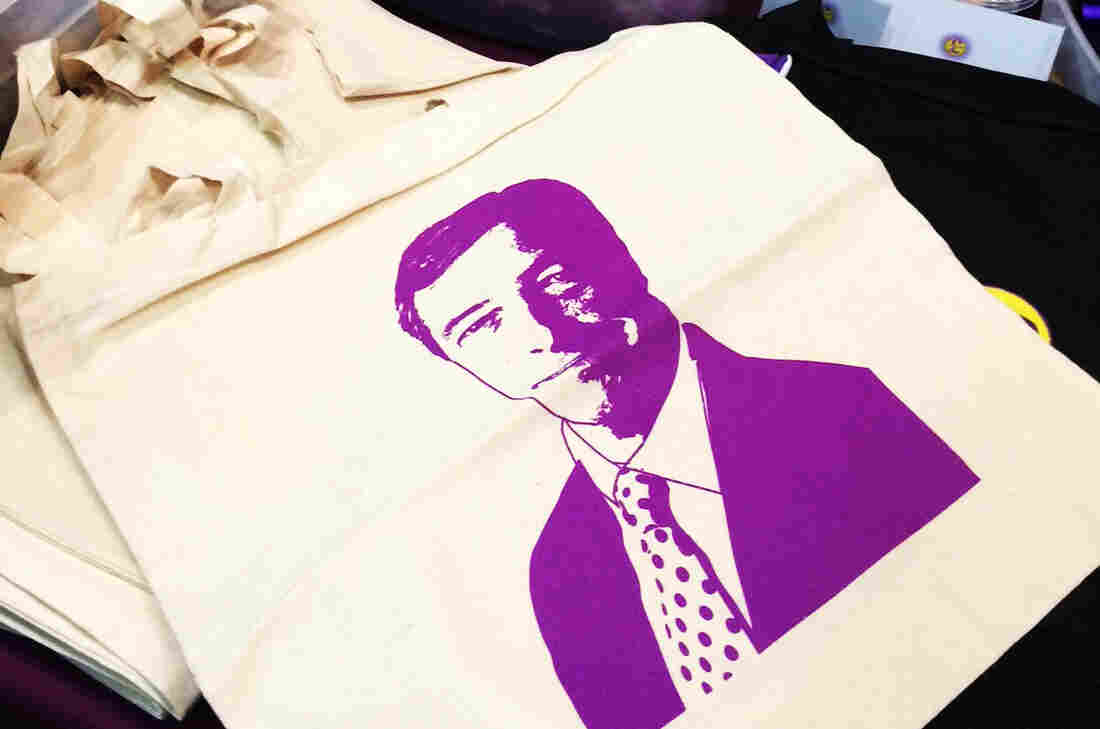 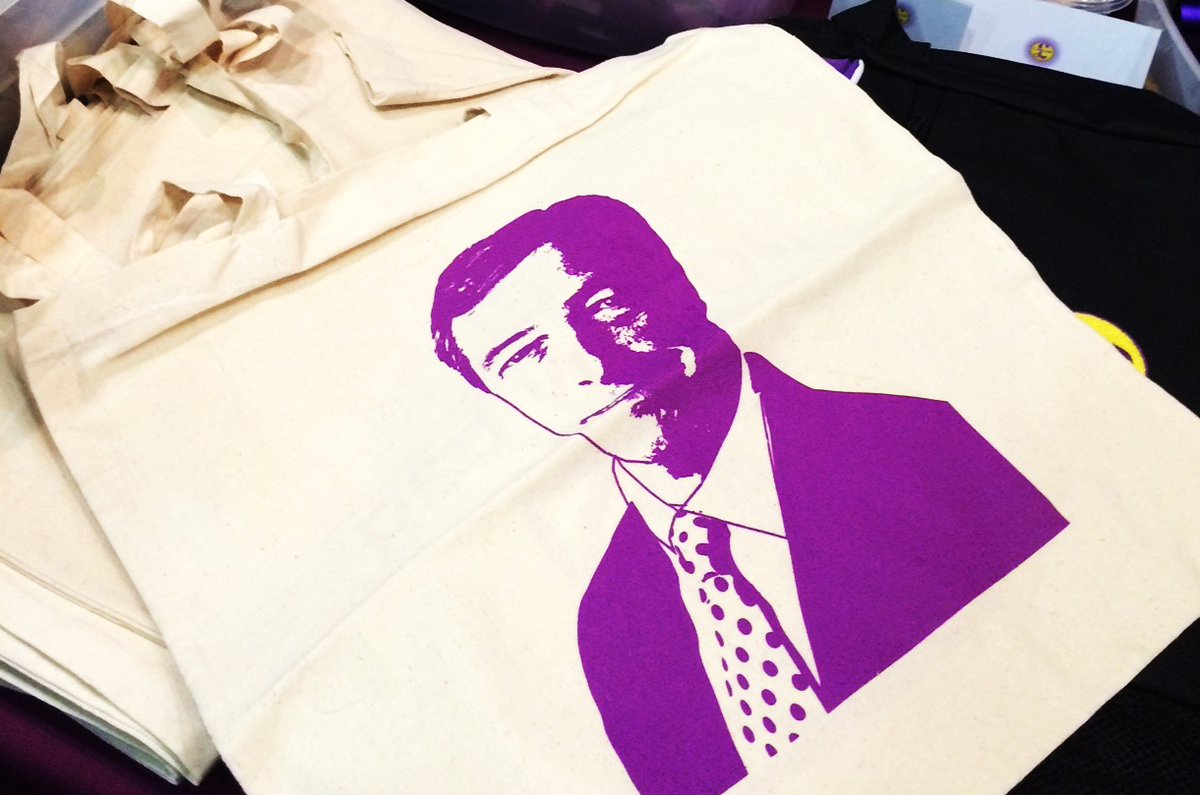 Torquay is a beach resort in the part of southwest Britain known as the English Riviera for its abundant sun (relative to the rest of the country, anyway). Agatha Christie was born here in 1890. By the mid-1970s, the TV show Fawlty Towers was emphasizing Toquay's shabby aspects over its glamour. And now, well, the town has seen better days.

This time of year, the wear on Torquay is evident. On a recent blustery afternoon, the pier was nearly empty and the tour boats were all tied up in the harbor. Jenny Vowden and her husband were out for a walk. Having spent most of their 70-odd years here, they worry about how their land is changing.

"One of the dangers that we see in this country is that we are losing our British-ness," Vowden says. "I mean, we are a Christian country. We always have been. And we feel that we would prefer to keep it that way."

This is part of the UK Independence Party's appeal.

"UKIP," as it is known, is a minority party with an outsize influence on British politics, particularly on issues of immigration and membership in the European Union.

A growing number of Britons fear that immigrants are taking British jobs and changing British culture. Some immigrants come here through the European Union's "open borders" law, which lets people move freely from one country to another. So, as its name suggests, UKIP wants U.K. independence from Europe.

A bunch of mostly white-haired men arrive in the main conference hall wearing purple and yellow UKIP lapel pins. It's the party's national convention, where one speaker after another talks about the need to break free from the rules and regulations that flow from the European Union in Brussels.

A party official named Steve Crowder gives a speech called "Out of Europe and Into the World."

"We must be able to choose who comes to live in our country," he says to thunderous applause. "And we cannot while we remain in the E.U.!" 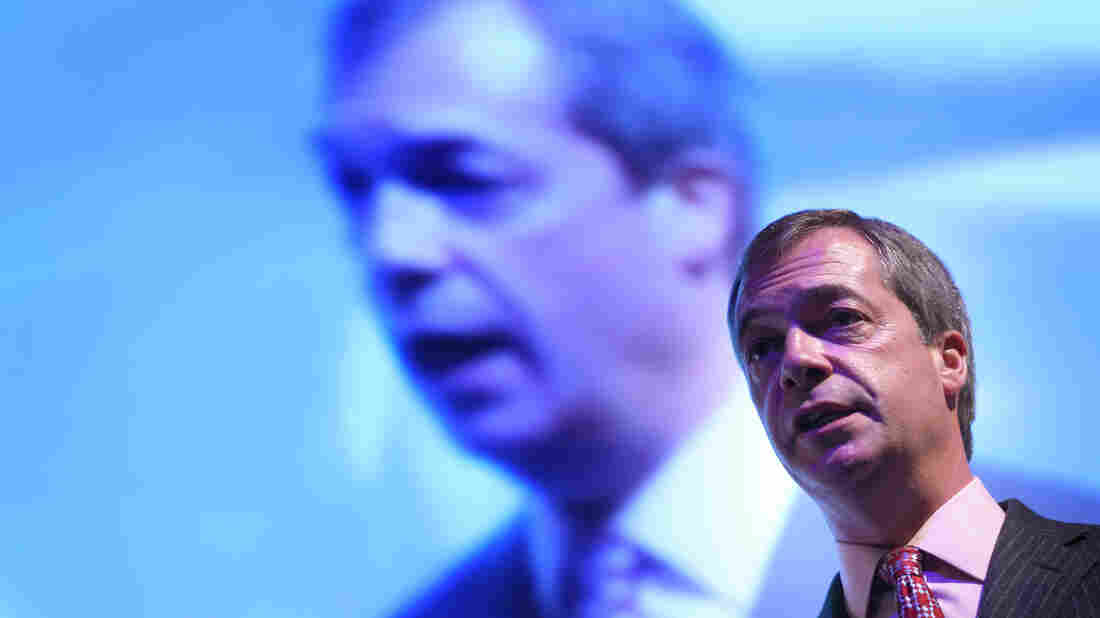 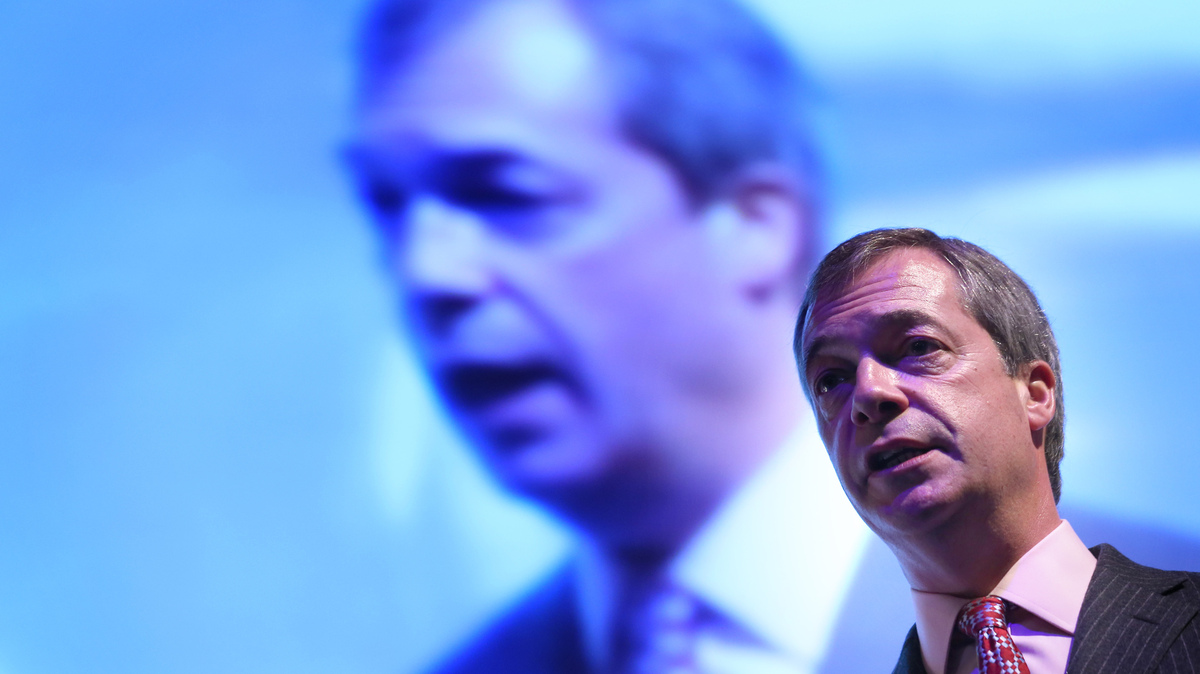 UKIP leader Nigel Farage speaks at a public meeting at the UKIP 2014 Spring Conference at the Riviera International on March 1, 2014 in Torquay, England.

UKIP has no seats in Britain's Parliament, but the party exerts a strong force on the ruling coalition government. For example, Prime Minister David Cameron has promised that if Conservatives win next year's elections, the people of Britain will get to vote on whether to leave the E.U.

In this respect, UKIP resembles the Tea Party in the United States. It's a center of gravity that pulls the Conservative Party farther to the right than it would prefer to go. Both Tea Party and UKIP members talk about "taking the country back."

But unlike the Tea Party, UKIP is an actual political party, with a charismatic leader named Nigel Farage.

"This country, in a short space of time, has frankly become unrecognizable," he says during his keynote address. "In many parts of England, you don't hear English spoken any more. This is not the kind of community we want to leave to our children and grandchildren."

Part of UKIP's appeal lies in Farage's larger-than-life persona. He has survived a plane crash, a car crash and cancer. He is known for downing a few drinks with lunch. And though he's not yet 50, Farage smokes like a man from an earlier generation.

"He looks a bit like Walter Matthau but slightly melted," says Steve Morgan, a consultant who advises businesses on the British political system.

"Nigel Farage does [espouse] these very right-wing policies in a very pleasant way," Morgan says. "You would go to the local bar and drink with Nigel Farage, and you'd feel good about that because he talks your language in a very straight way."

The UK Independence Party was created 20 years ago — a timespan known as "score" in British terminology. Now the party is hoping for big wins in the European elections this May and hoping to pick up UKIP's first British Parliamentary seats in next year's general elections.

And all around the convention center, signs and key chains say, "Ready for another score."