Accessibility links
For Afghans In Camps, A Harsh Life With No End In Sight : Parallels More than 600,000 Afghans are living in scores of camps around the country and say they can't return home because it's too dangerous. Their numbers have risen sharply in the past year.

The Nasaji Bagrami camp for internally displaced Afghans sits on the outskirts of Kabul, a vast expanse of crumbling mud structures with tarps and tent sheets for roofs. These structures look like ruins from hundreds of years ago, but they're actually only about 5 years old. 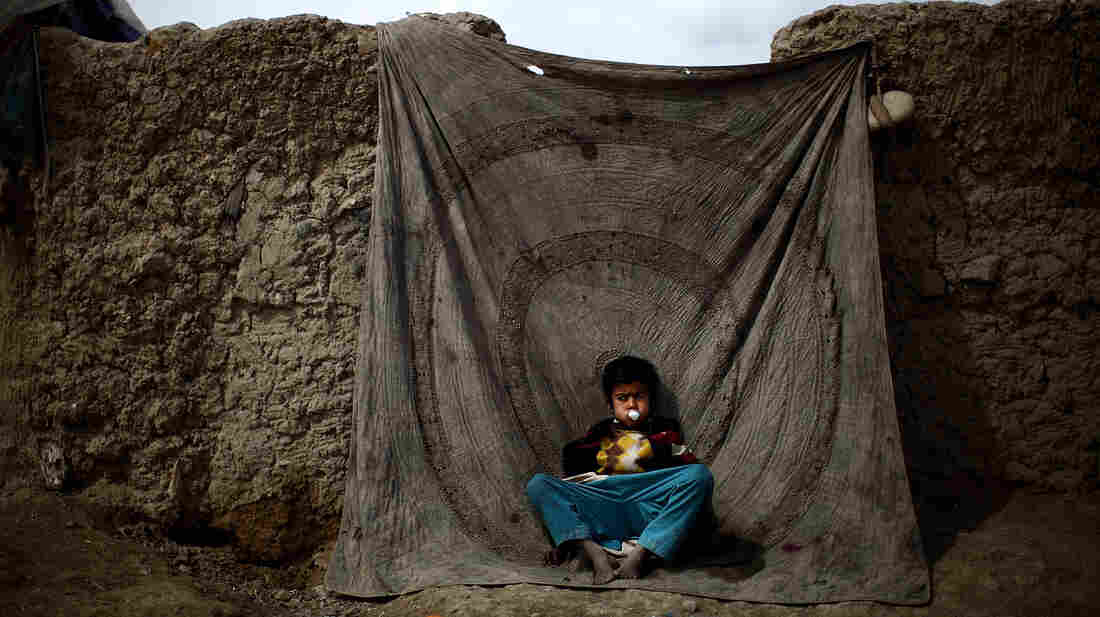 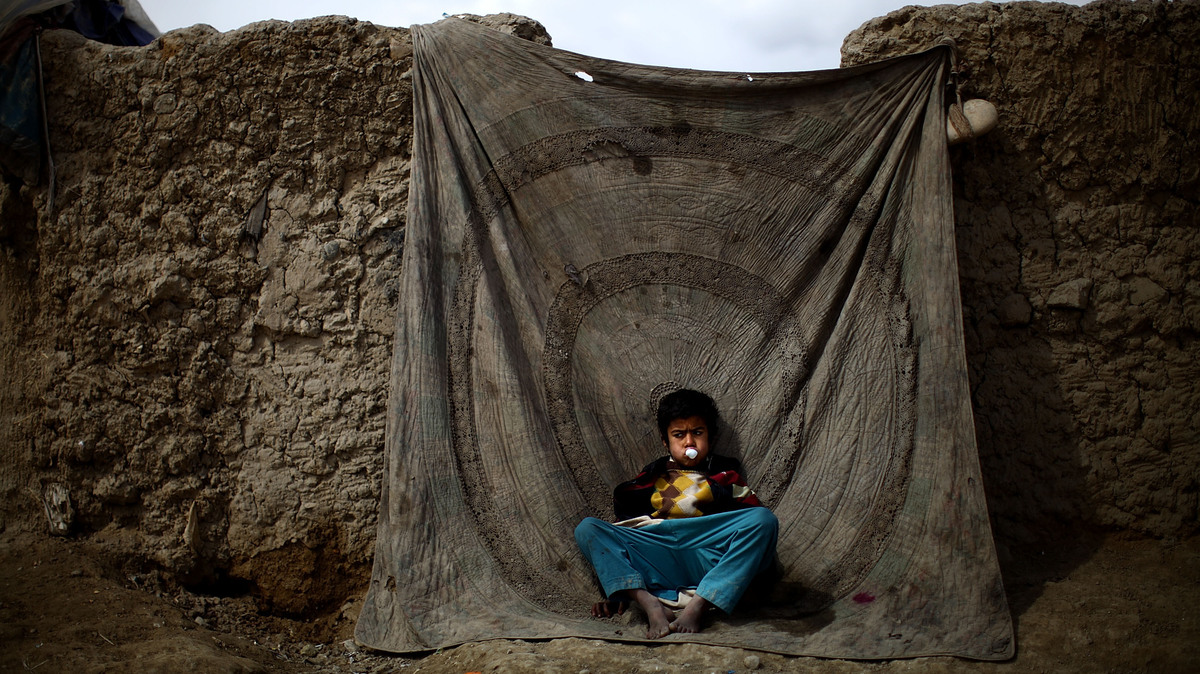 About 360 families live here in absolutely primitive conditions: Litter is strewn about, children wander around barefoot in the cold, barely clothed yet still smiling and playing with each other. 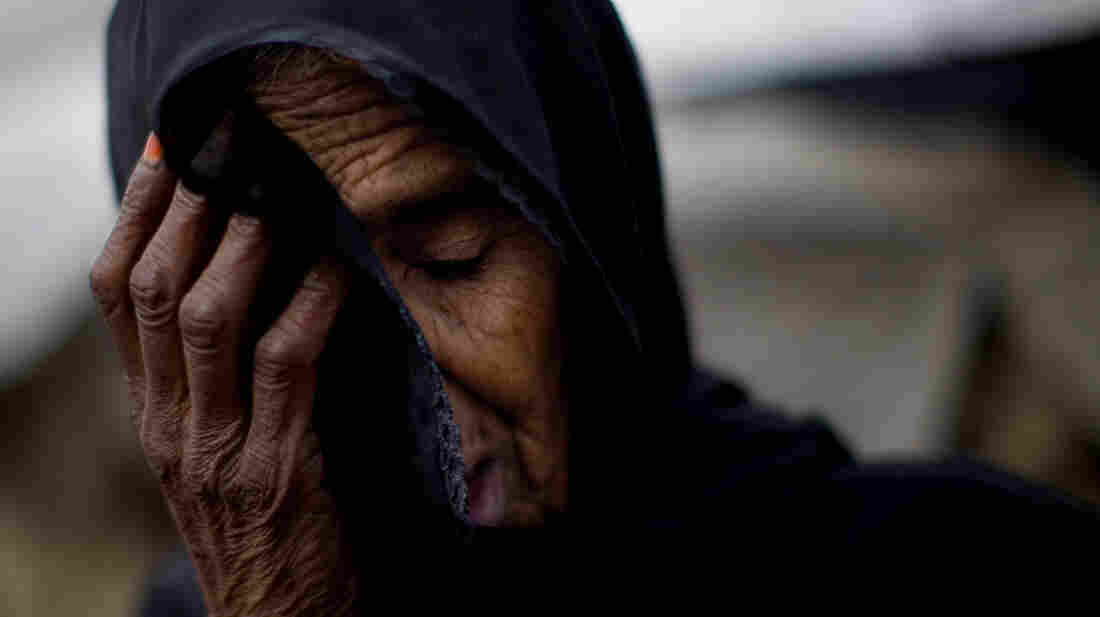 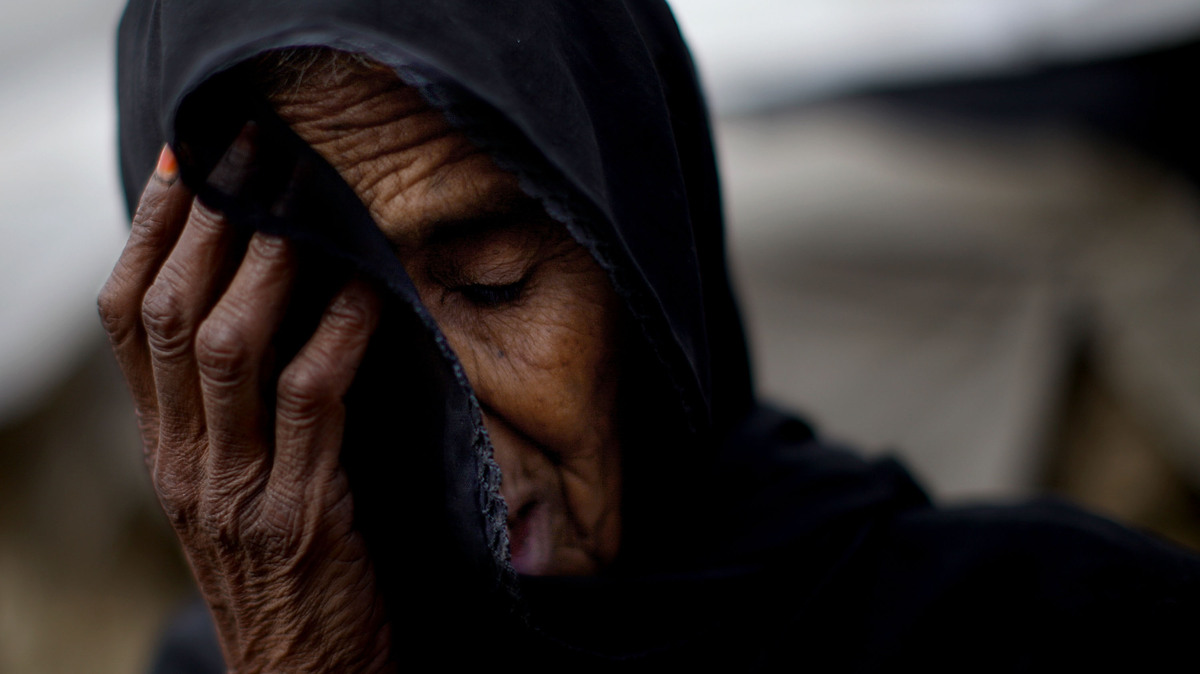 Niasbibi, who appears to be around 60, heads one of the families. She fled from the southern province of Helmand two years ago after her village was hit by what she says was a NATO airstrike. She says she lost a daughter, her husband, four grandchildren and one of her eyes during the incident. 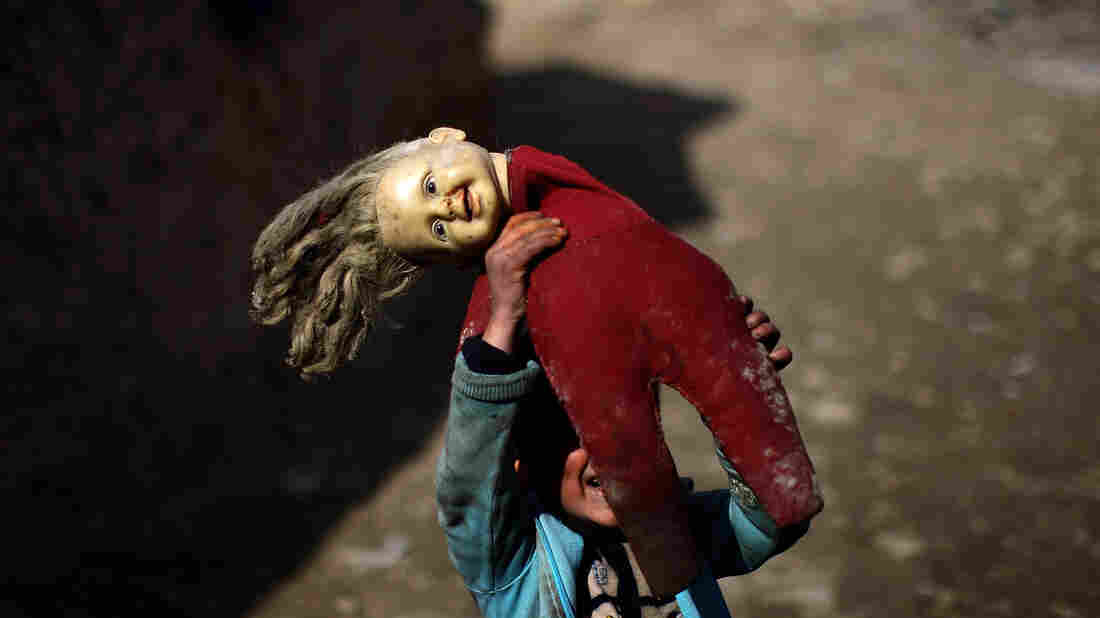 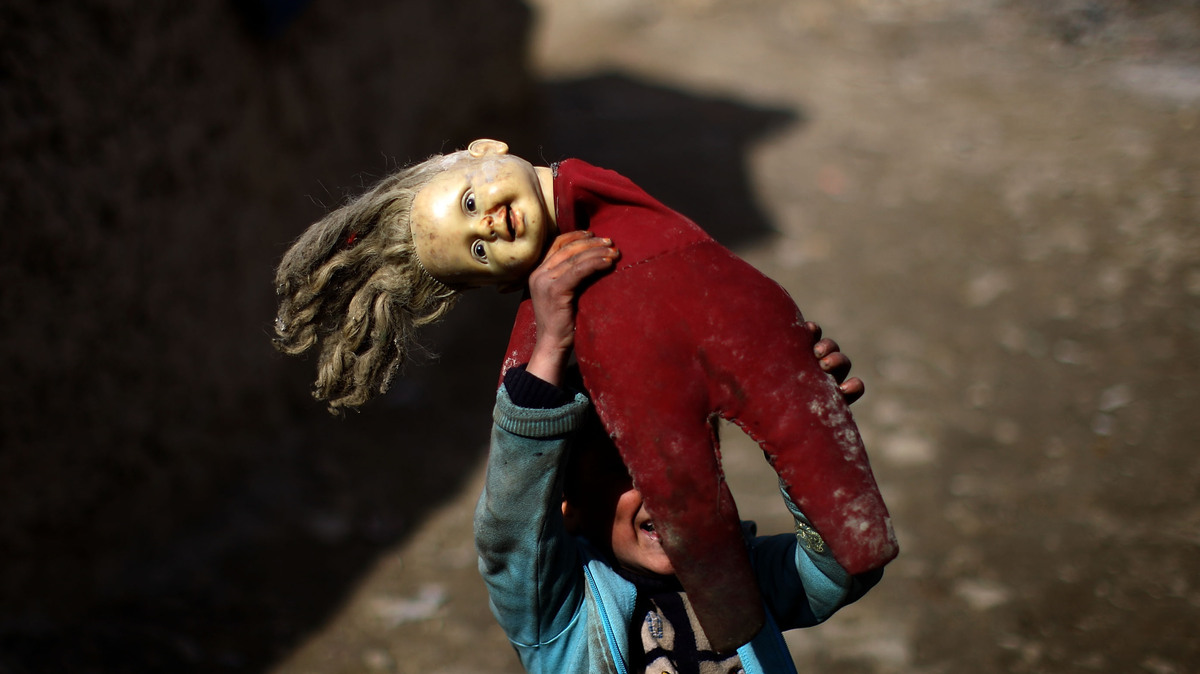 She's surrounded by several unwashed grandchildren in tattered clothes. One has two large scars on his head. He was hit by a car while doing what many children here do: working in the streets to earn money for the family to buy food. 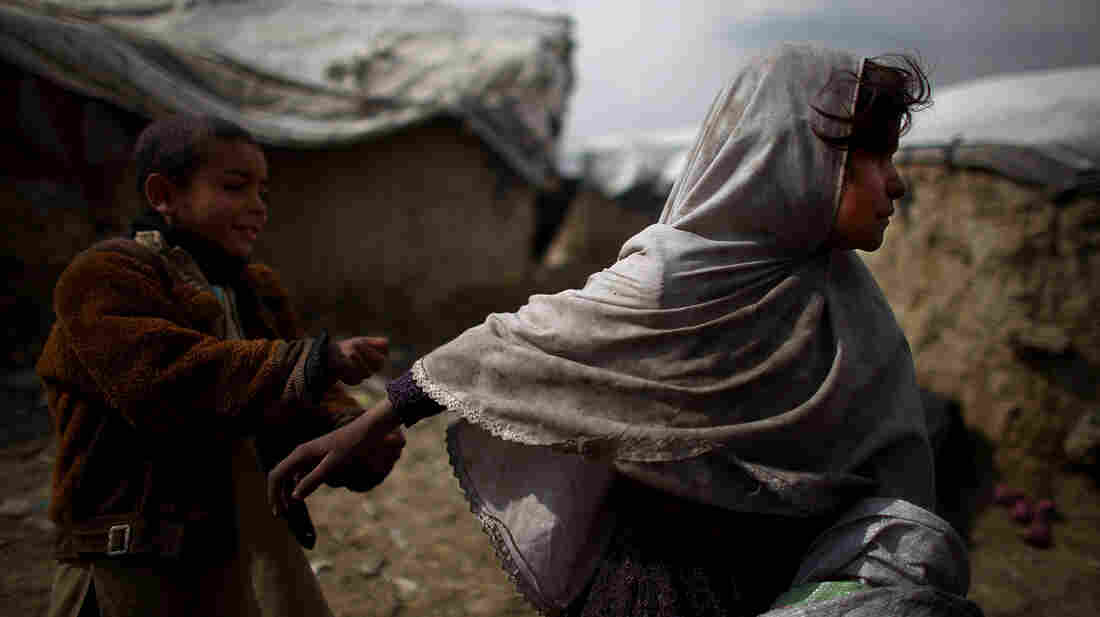 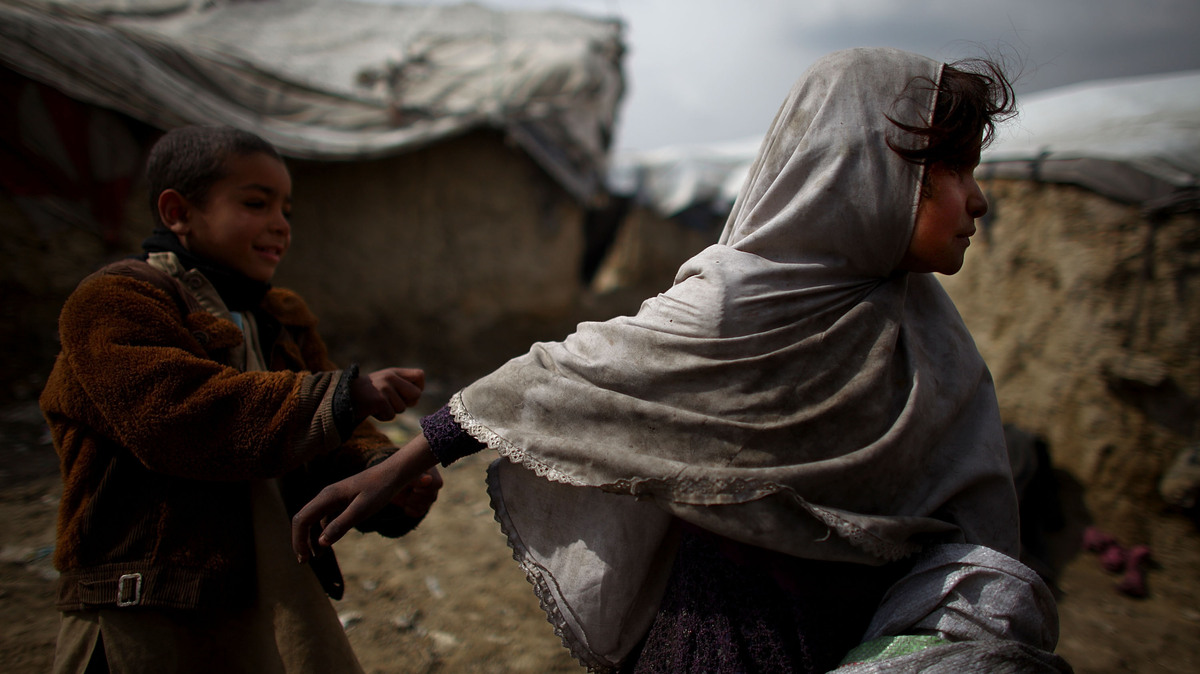 On some days, her grandchildren attend a school in the camp established by an NGO, but the teachers show up irregularly. At least the children are usually able to get food there, she says. 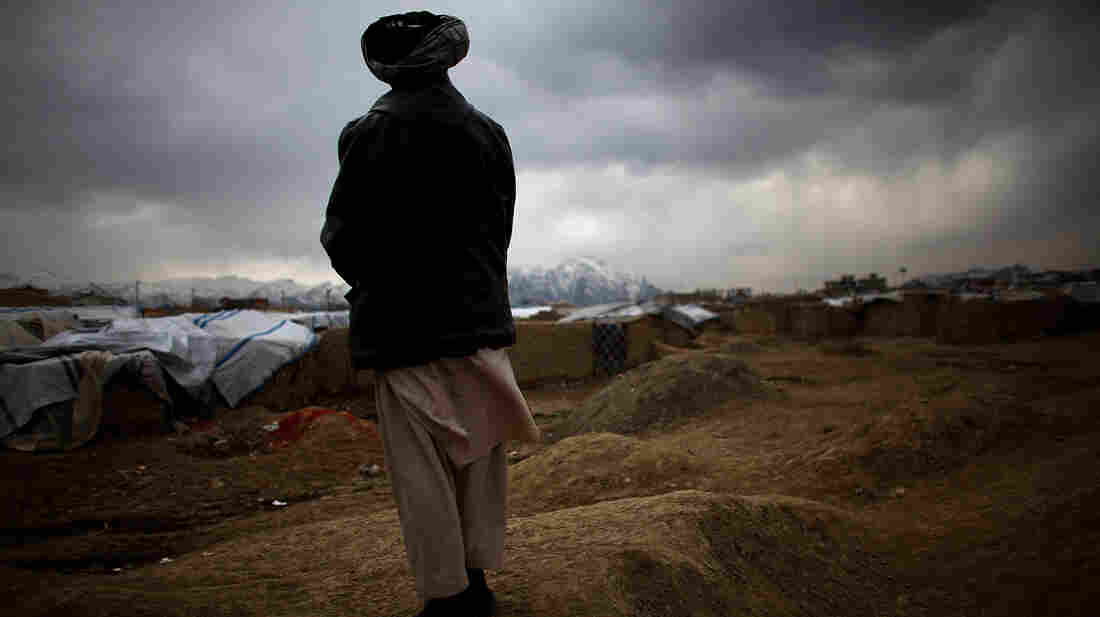 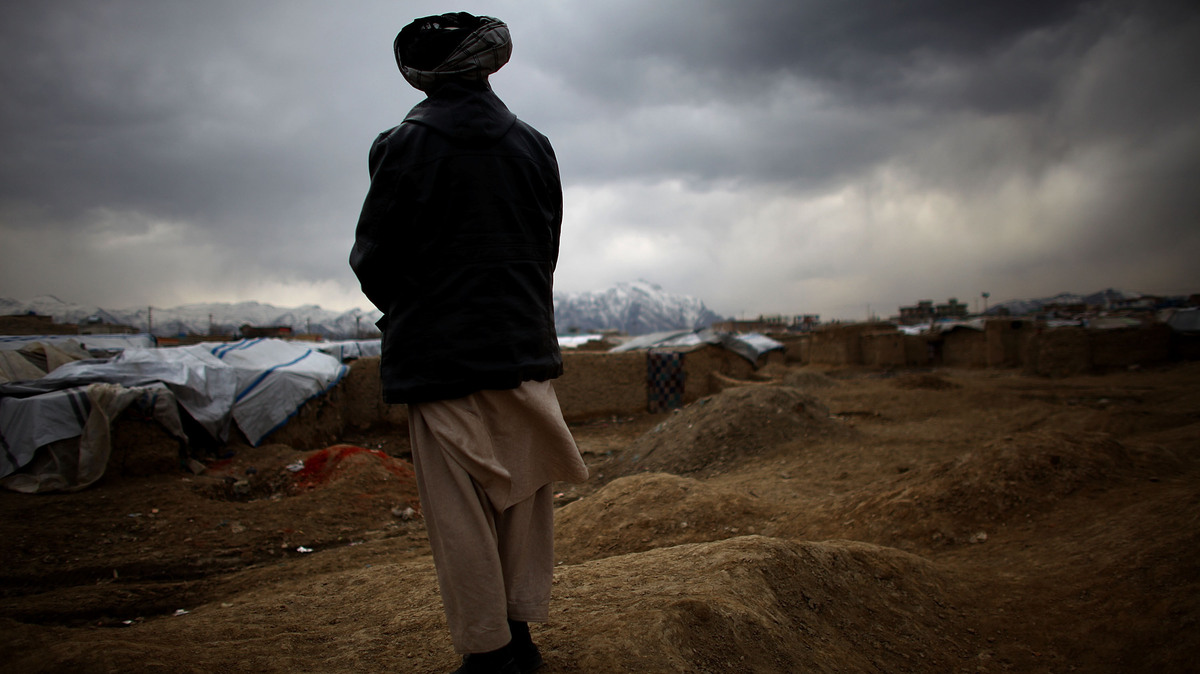 Mohammed Ibrahim is the camp elder and one of the original settlers here. He says he fled Helmand province almost five years ago along with about 80 other families. He says it's still too dangerous to return home. 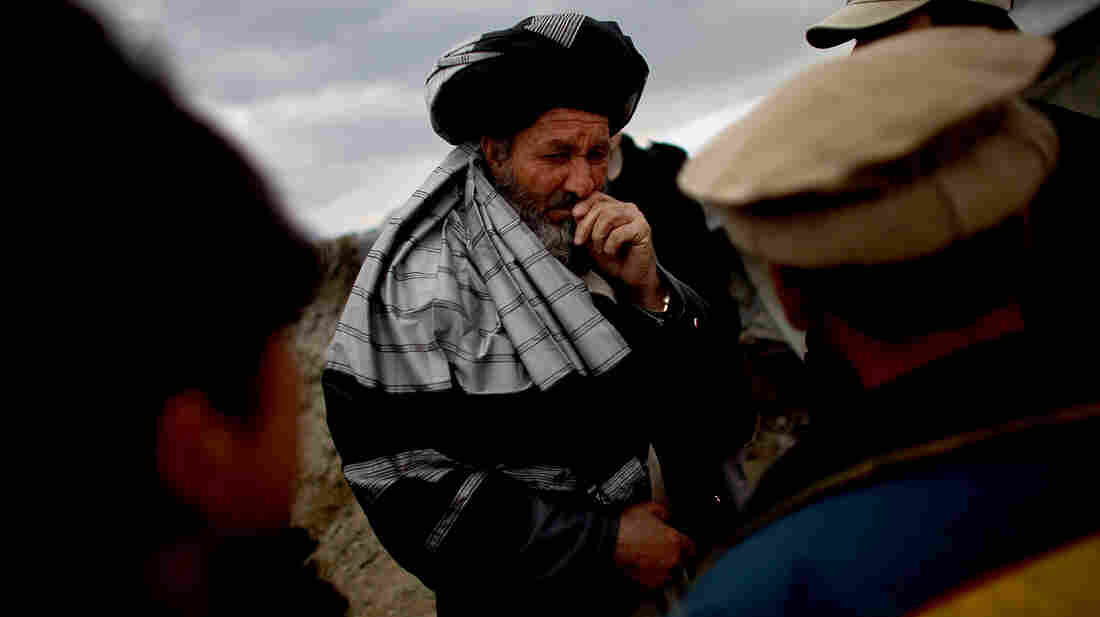 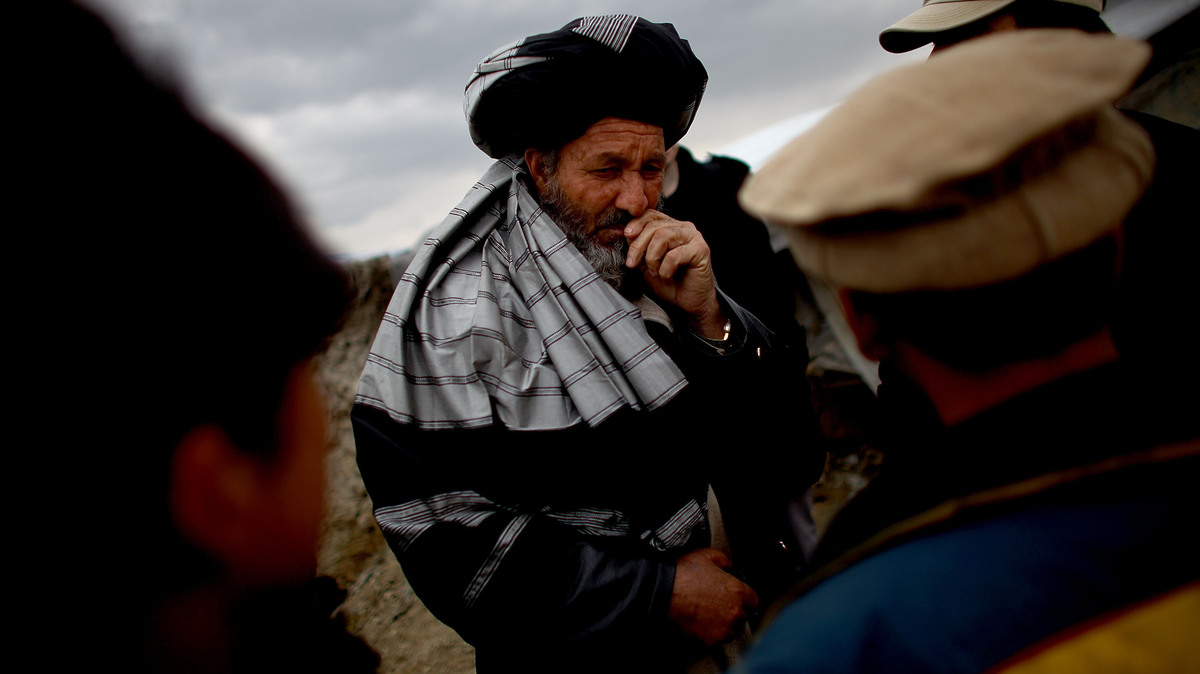 "A few families recently returned to Helmand, and they were killed," says Ibrahim.

The camp has no electricity, sewage system or running water. Several times a day, 50-year-old Rosadin, who lives nearby, tows a small water tank into the camp with his tractor. 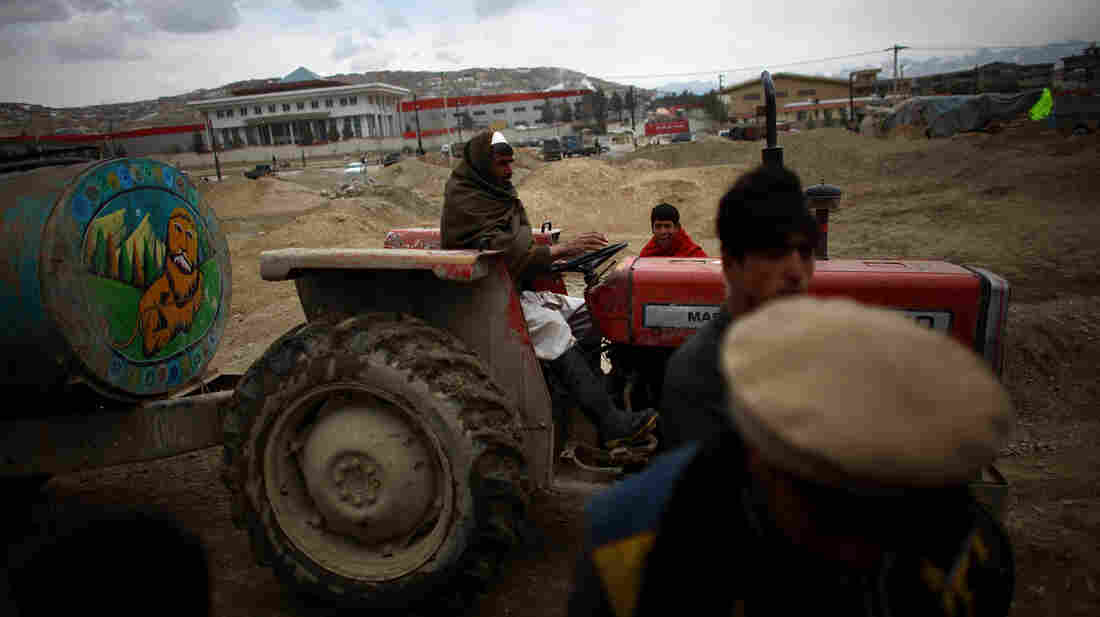 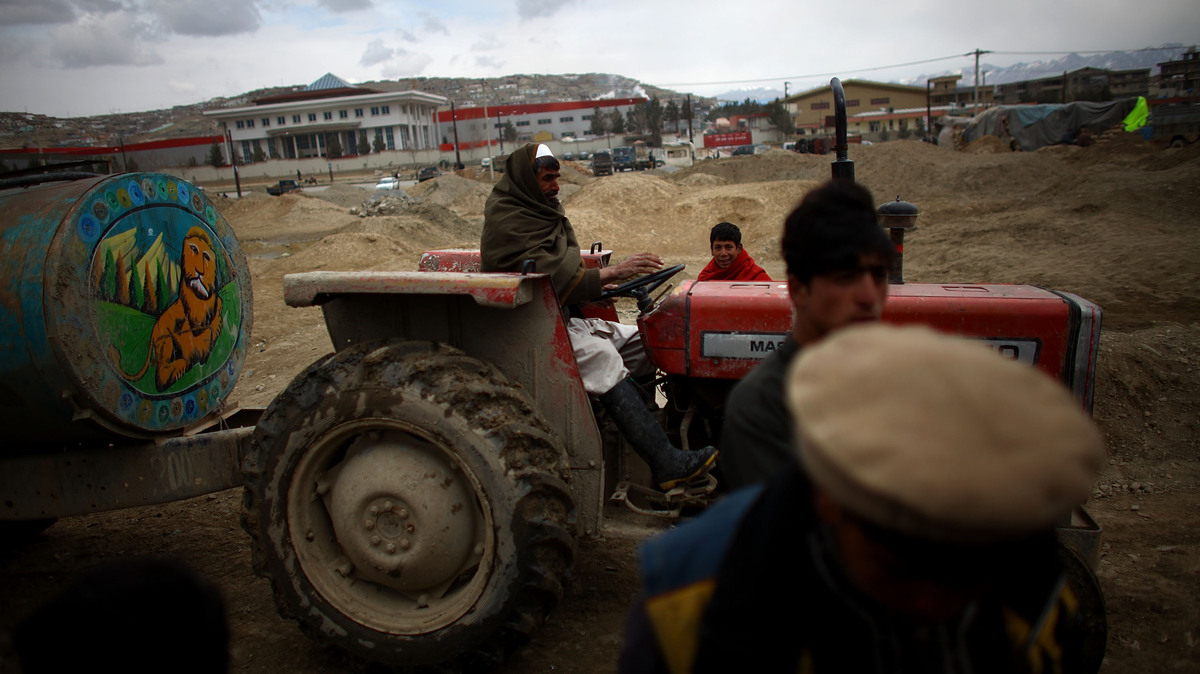 He fills dirty plastic jugs from his tank. Residents pay about 50 cents for 20 liters of water.

"I feel sad when I come here," Rosadin says. "I feel that they have no alternative than to live in these harsh conditions."

Ibrahim says most of the people living in these conditions would prefer to die.

"It's a terrible life, and it's an honor to die to leave this kind of life," he says. 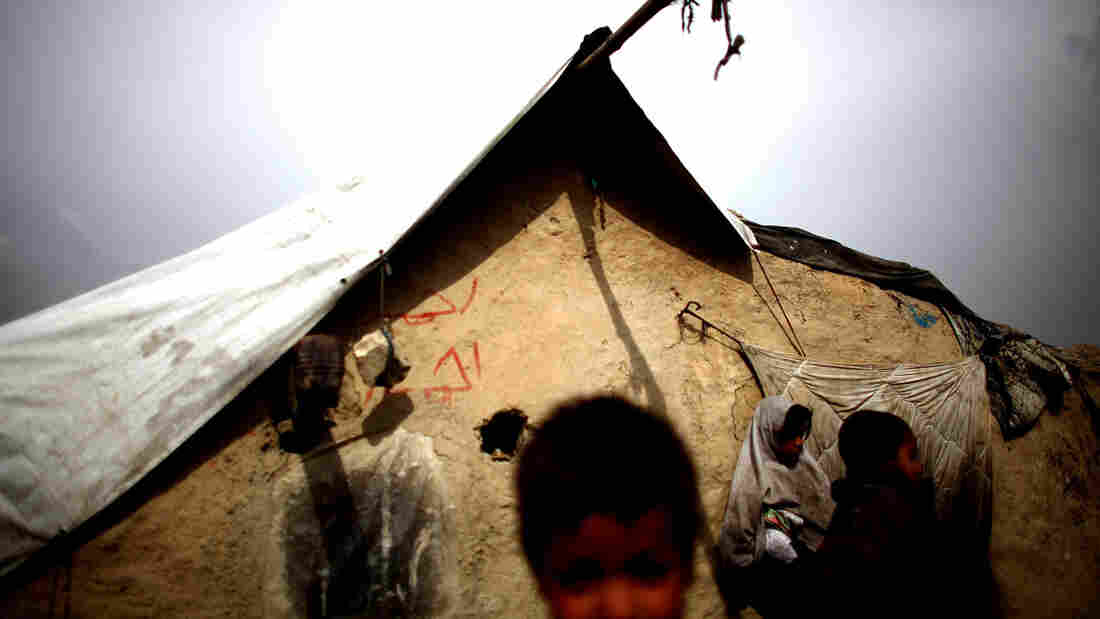 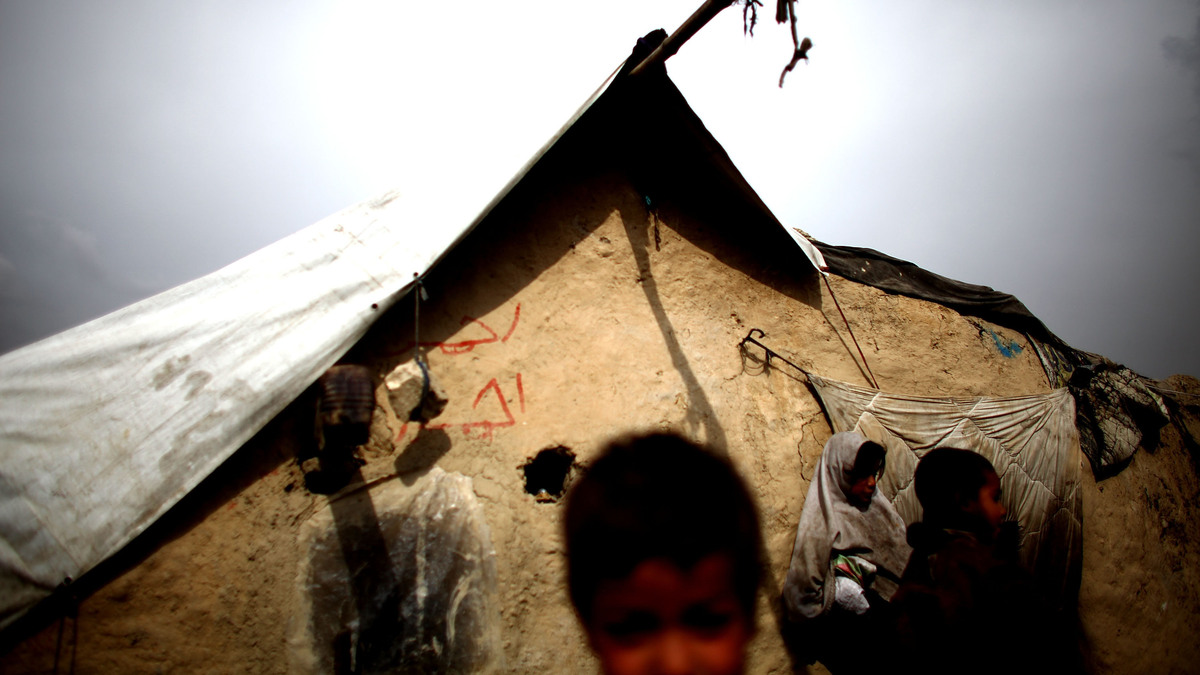 This is just one of more than 50 such camps across Kabul alone where tens of thousands of people live in similar harsh conditions.

Mahir Hoda Sabar, the director of Internally Displaced Persons in the Ministry of Refugees and Repatriation, says the number of displaced Afghans has increased by about 100,000 over the past year. 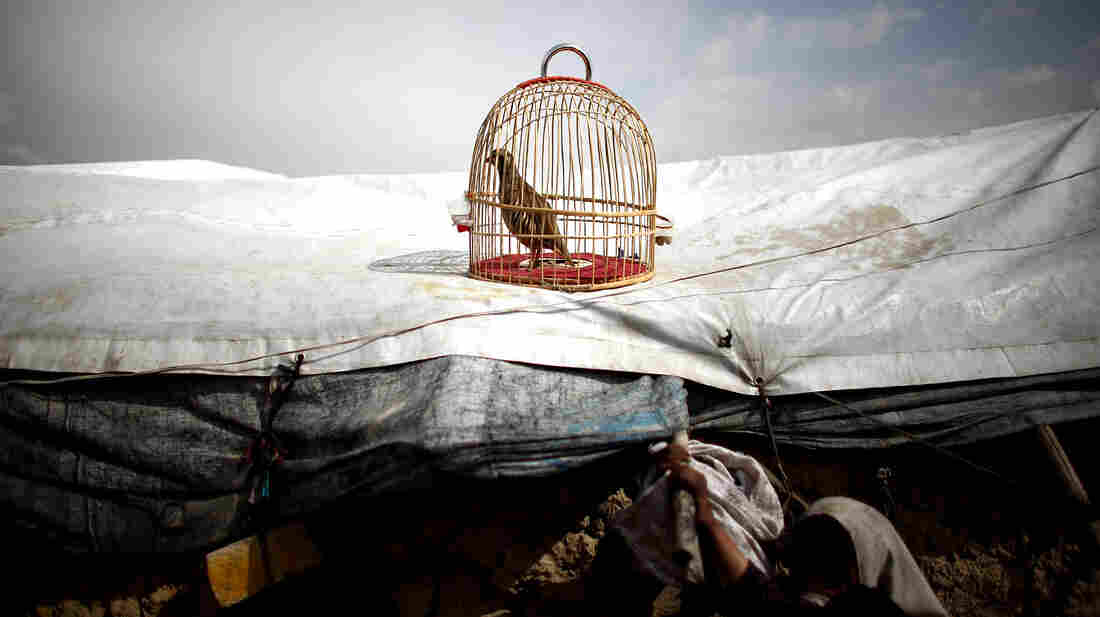 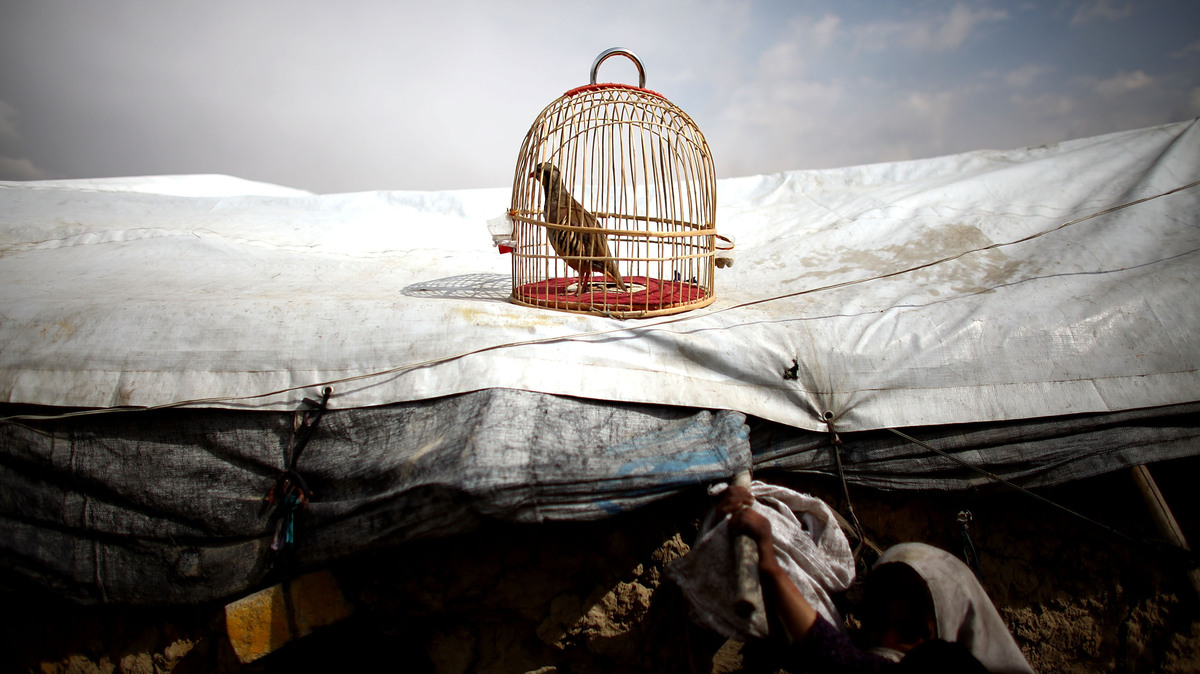 Sabar says the government isn't having much luck in resettling the displaced in peaceful communities because residents don't want Afghans from other provinces moving into their villages and competing for limited jobs and resources.

"The only things that have changed for the better are not down to anything that the authorities have done," says Cottingham. "It's because we're here on a sunny day, and it's a little less cold than it was when I was last here."

As a result, he says, there are fewer people here who are shivering and hungry today.