Accessibility links
Can Europe Wean Itself Off Russian Gas? : Parallels Europe has been trying to reduce its energy dependence on Russia for years. The crisis in Crimea has given the effort a greater sense of urgency. 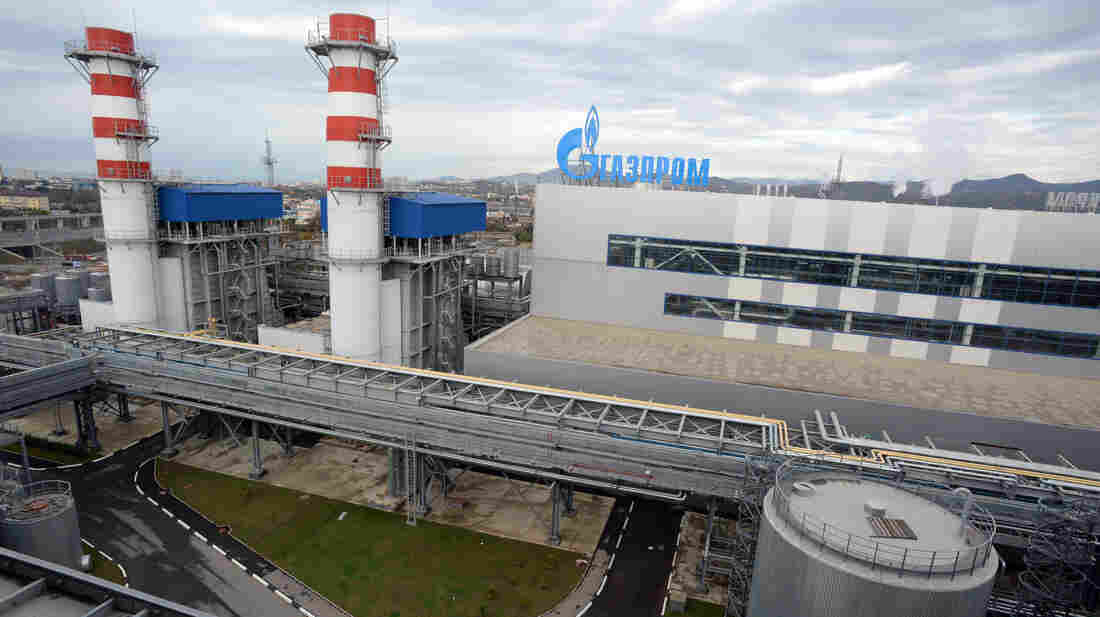 Many European nations were searching for ways to cut back their reliance on Russian energy long before the crisis in Ukraine flared last month.

In 2006 and 2009, for example, the EU was rattled by the ease with which Moscow cut off gas supplies to Ukraine and other parts of Europe after disputes over cost and supply. The two-week standoff in 2009 left millions in Eastern Europe without heat in the middle of winter.

Russia supplies the European Union with about a third of its natural gas, shipped mostly by pipeline through Ukraine. And according to Kristine Berzina, an energy specialist with the German Marshall Fund in Brussels, Europe needed to find alternative ways to heat homes, fuel industrial production and generate power.

I believe that if we fast-forward to 2018, 2019, we'll have a completely different natural gas landscape and potentially a much more resilient Europe.

"Europe has been trying to use other fuels to diversify the energy mix. In particular it has increased its use of renewables," Berzina says. "Germany is a great example, where there is a tremendous increase in renewable energy in the past decade."

That includes wind and solar power. Berzina says at the same time, the use of coal has increased in Germany because it has closed down its nuclear power plants.

She says Europe is also diversifying its suppliers of natural gas.

Norway provides the EU with about 30 percent and Qatar supplies about 10 percent in liquified form, or LNG. The Obama administration has begun issuing permits to begin exporting LNG produced in America, but the first shipment won't go out until late 2015. Berzina says it's likely there might be other options in the future for Europe.

"There's always discussion about the potential of the eastern Mediterranean natural gas that is offshore in the waters of Cyprus and Israel. At the same time, there are new developments for natural gas production and liquefaction and export also in East Africa," she says. "So I believe that if we fast-forward to 2018, 2019, we'll have a completely different natural gas landscape and potentially a much more resilient Europe."

The Debate On Shale Gas

The current crisis has renewed talk about developing a shale gas industry on European soil. But Will Pearson, director of global energy and natural resources at the Eurasia Group, says the method of fracking — or hydraulic fracturing — for shale is extremely controversial in Europe.

"France, Bulgaria, many countries have very heavy restrictions or bans on fracking, whereas others, like the U.K. and Poland, are pushing quite hard to develop their resources," Pearson says. "It's a very slow process to get projects approved, and it's very much a nascent industry and very few wells have been drilled."

Europe has taken steps to make sure it's not caught short if Moscow turns off the spigot, says David Goldwyn, who was the U.S. State Department's special envoy in efforts to promote shale gas overseas. He says the EU eliminated a prohibition on the sale of gas, even Russian gas, from one country to another.

"Second, they've done a lot to build gas storage and that would allow Ukraine to make it through the spring and the summer, if need be, if Russia were to cut off their supply of gas," he added. "And they now have a great deal more interconnection than they had five years ago so that you can move gas around the continent. They literally enabled a pipeline system in one country to connect the pipeline system in another."

These three things make it possible to reverse the flow of gas if Russia cuts supplies. Countries such as Germany, which has huge amounts of gas in storage, could pump it back toward Ukraine, reducing Ukraine's dependence on Russia, at least for a while.