Accessibility links
A Few More Thoughts On Sexism In Latin America : Parallels NPR's Lourdes Garcia-Navarro recently compared sexism in the Middle East and Latin America. It generated a massive response from readers, and she addresses some of those comments in this followup.

A Few More Thoughts On Sexism In Latin America

A Few More Thoughts On Sexism In Latin America 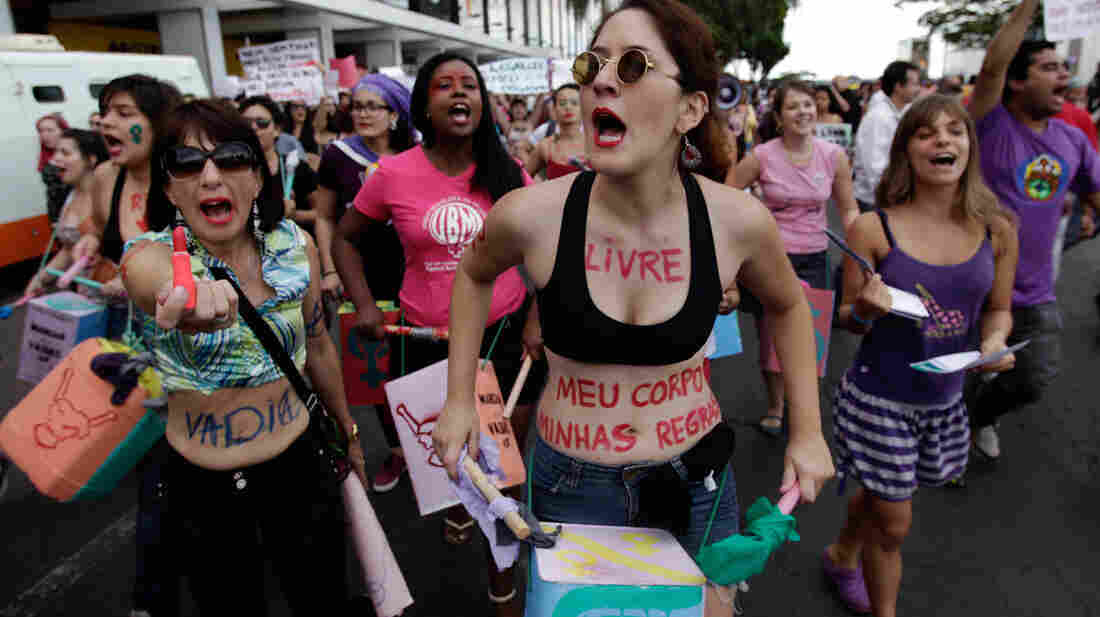 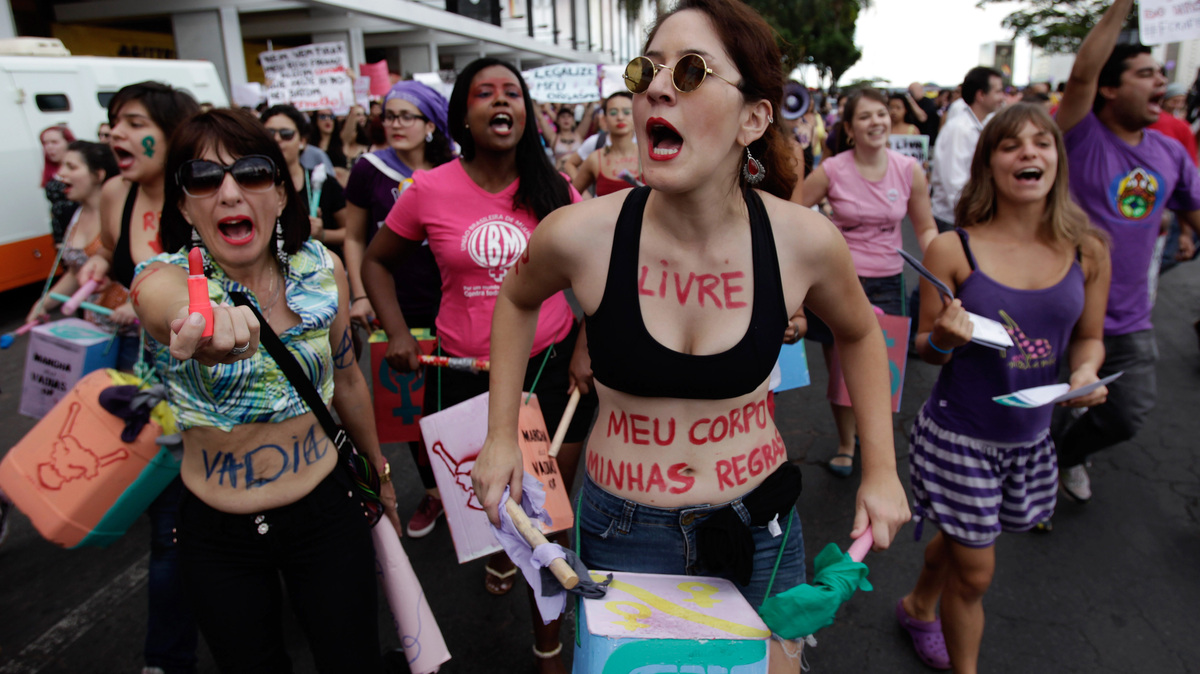 Editor's Note: NPR's Lourdes Garcia-Navarro, who has worked extensively in the Latin America and the Middle East, recently compared the sexism she found in both places. You can read her original essay here. It sparked a strong response from readers, and we asked her to address a number of those issues.

A man throws acid on a woman's face. A mother is killed because her partner believes she slept with another man.

Latin America or the Middle East?

There's been a lot of discussion surrounding the article I wrote comparing my times as a Middle East correspondent in some of the most conservative societies in that region and my experience here in Brazil.

My simple observation was that sexism manifests itself in many forms and that often we don't notice it because it's less obvious. In some countries in the Middle East, as some readers have pointed out, it is codified into law. In Latin America, it often hides under the guise of "a celebration of the female form."

I'll never forget a trip I took to Peru. I was wandering around a main street in Lima and perusing the newspaper stands, when a front page caught my eye. It was a tabloid, and on one side of the page there was the ubiquitous picture of a semi-clad woman. On the other side of the page, there was another graphic image of a naked woman, except she was dead, in a ditch after being raped.

And I asked myself the question that I wonder about today, "Is there cause and effect?" It reminded me what can be dismissed as casual sexism can potentially have very serious consequences.

As other readers and commentators have pointed out, including this article on Slate, much of Latin America has gone through a transformation in the past decade.

Women's life expectancy is up and childhood mortality is down. It's the result of many things, not least of which is an economic boom in many countries in Latin America and social programs that have tried to make a difference.

One person who responded to my story, Susan Gibilisco, wrote:

"What about the murder rate of women in Brazil? Both of these societies and cultures devalue women differently, we may even say they're opposites - but it's life-threatening to be a woman in either of these countries."

What does it say though that in Brazil most women — up to 80 percent according to a recent study — knew their attackers?

That it was either an ex-partner or a family member who carried out the assault? Women's bodies are still seen as possessions in some segments of society. Most attacks against women were done in a jealous rage because of perceptions over infidelity. Meanwhile, men still have free reign in the region to have extra-marital affairs and not be judged for them.

One commentator, who identified himself as Captain Dave, wrote:

"Sexism is really a two sided issue: 1. the men who encourage the culturally based ideals of what a woman "should be" and 2. the women who continue to support these ideals by constantly striving to conform to them."

A recent study conducted by Avon in Brazil sought to judge men's attitudes toward women. Almost half the men surveyed said that men required more sex than women and that women should be submissive to men. Almost 80 percent said it would be unacceptable if the woman didn't keep her house clean.

Even more worrying, a study released just last week showed that a startling 65 percent of Brazilians believe that women deserve to be victims of sexual violence if they dress provocatively. And it's just not men who hold that view — two-thirds of those questioned were women.

Perhaps we should focus a bit less on which place had more sexism and more on how things could be better. A first step is realizing that there is a long way to go.

And by the way, those acid attacks? Colombia. Those murders of women by their partners? Brazil.