Accessibility links
Iranians Begin To Feel The Heavy Burden Of Syria's War : Parallels Iran has been a close ally of Syria for decades and a staunch supporter in Syria's current war. But a growing number of Iranians are questioning the costs of backing President Bashar Assad. 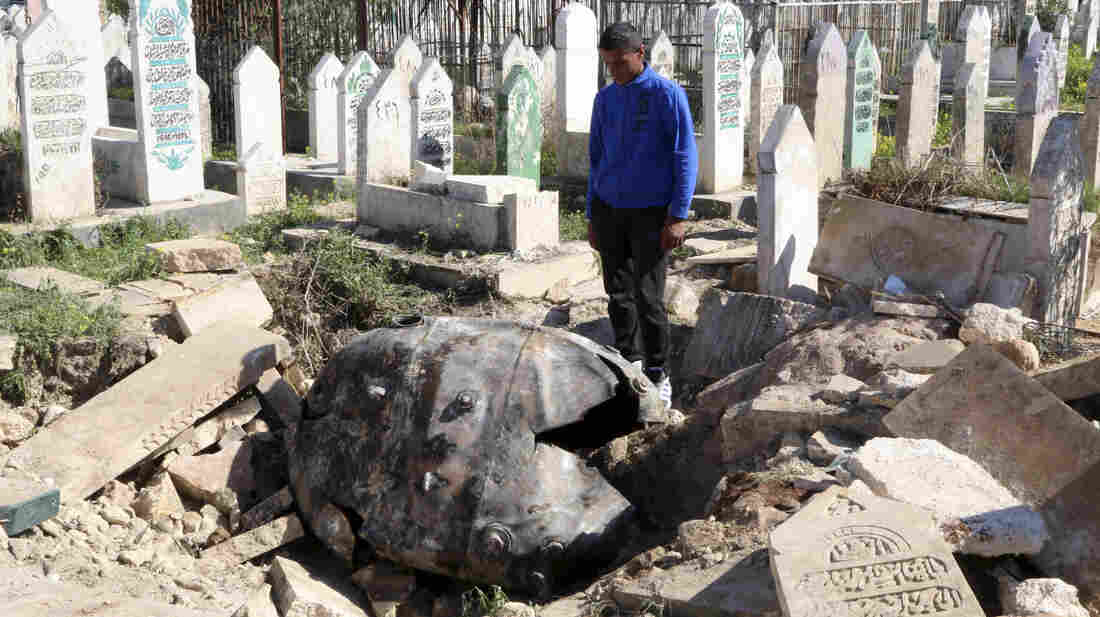 A man looks at an unexploded barrel bomb that landed in a cemetery after being dropped by forces loyal to Syria's President Bashar Assad in the northern Syrian city of Aleppo on Thursday. Reuters/Landov hide caption 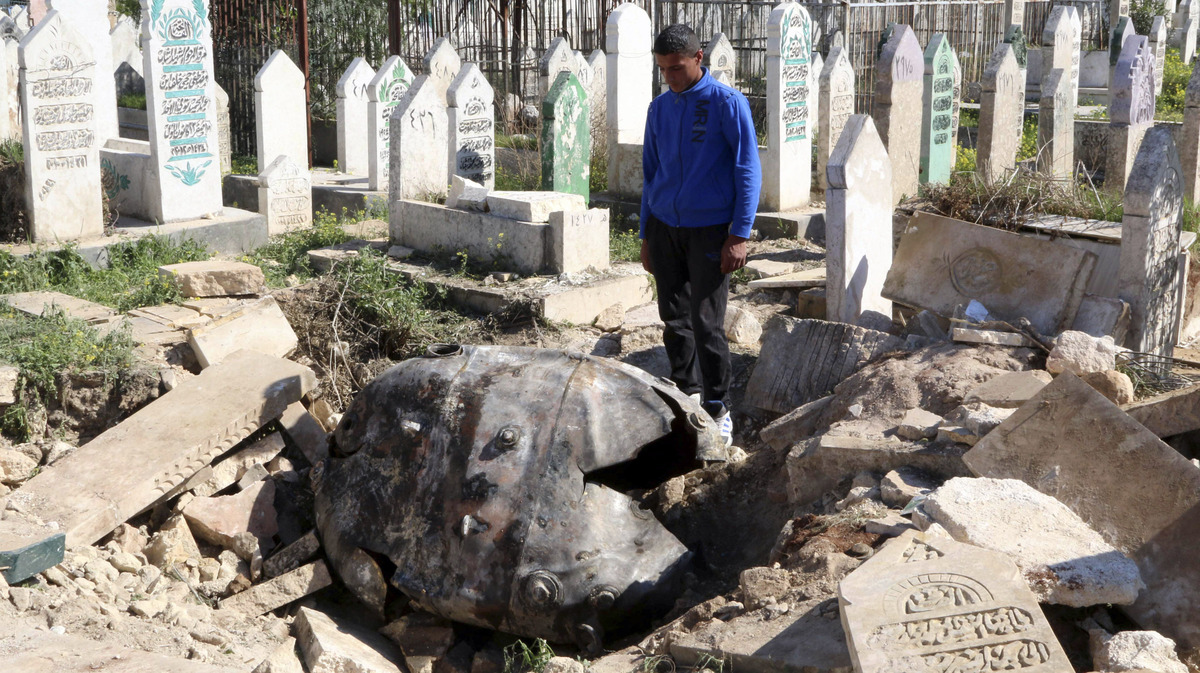 A man looks at an unexploded barrel bomb that landed in a cemetery after being dropped by forces loyal to Syria's President Bashar Assad in the northern Syrian city of Aleppo on Thursday.

The Syrian civil war has been a major headache for President Obama. Critics at home and abroad, like Saudi Arabia, where the president was on Friday, have urged the U.S. to do more.

But the U.S. isn't the only country that's faced difficult choices over Syria. Iran and Syria have been close allies for decades. And in Iran, discussions about Syria are surprisingly frank, complex and demonstrate growing divisions over how to handle a costly war that has no end in sight.

At Tehran University, students of international relations study the Syria-Iran alliance, one of the most enduring in the region. Yet there are now more questions about Iran's recent role in the Syrian bloodshed.

"What is happening in Syria, it's related to us; it is an obvious catastrophe," says one student in a discussion on campus. He didn't give his name because discussing Syria is sensitive.

Iran is reportedly spending billions to prop up Syrian President Bashar Assad. Saudi Arabia backs the rebels. The student believes Syrian civilians are paying the price. Innocent children are dying, he says, his voice rising. "But nothing is being declared as a solution," he says, "because of the balance of power."

Another student, Masa, 23, says she follows the news of the Syrian uprising on Iranian television. When it comes to insurgents, she says, "For me, I think they are just people, but Iran TV wants to show them as terrorists. Our media is not neutral." 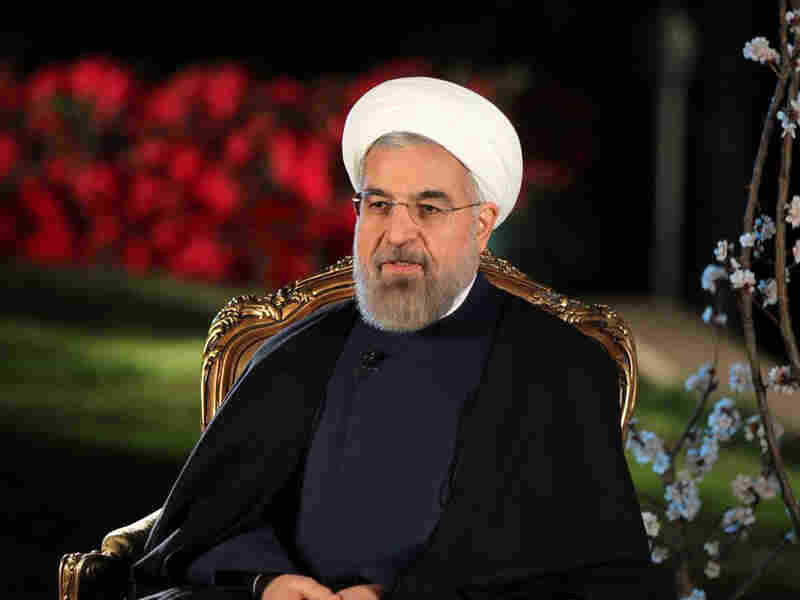 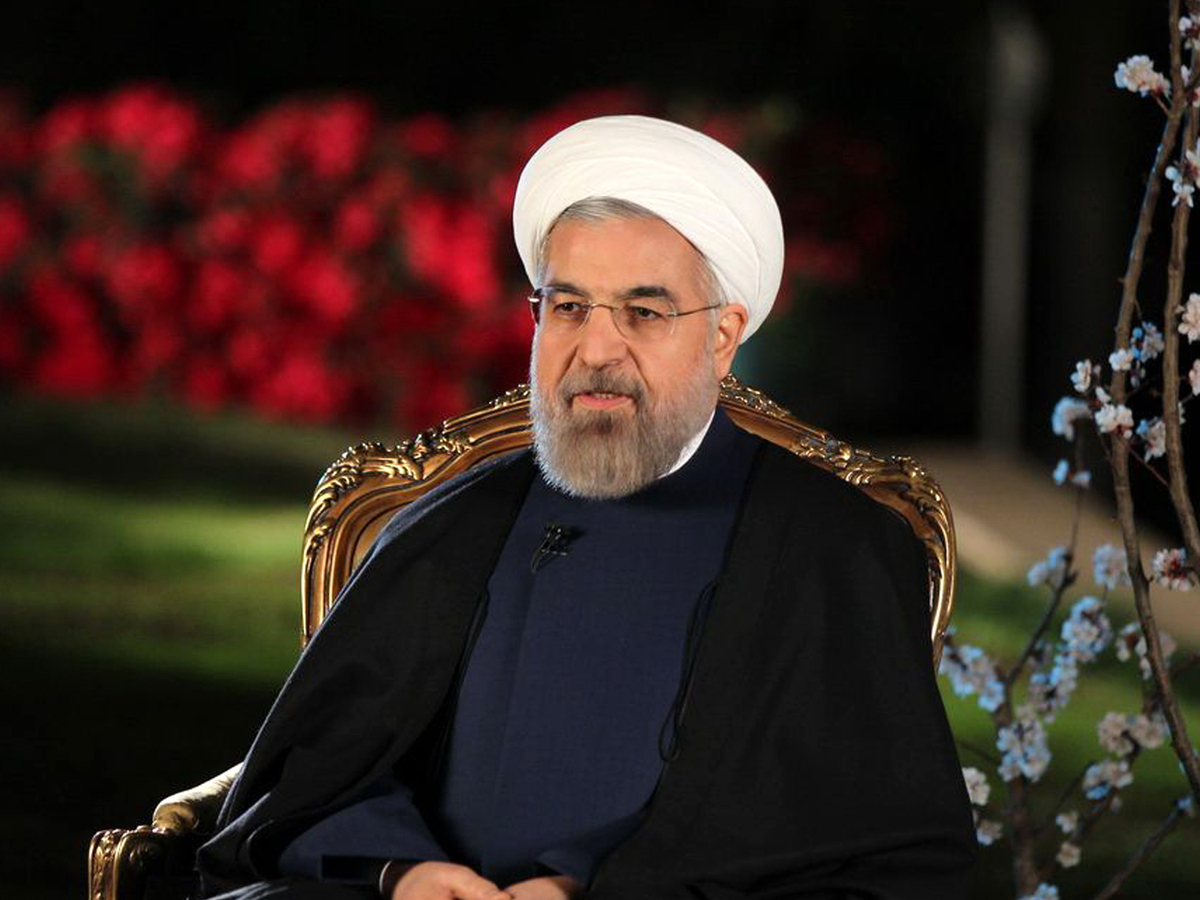 Iranian President Hassan Rouhani, shown in Tehran on March 20. Iran has strongly supported Syrian President Bashar Assad in that country's civil war, and some Iranians are starting to question the cost.

Iranian student activists launched a website and a Facebook page in Farsi and English last month to promote news from Syria for Iranians.

"The Iranian regime is supporting a dictator hated by most Syrians," reads the founding statement on the site, "and is wasting economic resources desperately needed by Iranians at home."

The regional rivalry between Saudi Arabia and Iran is now at the core of the Syrian conflict, says New York University academic Mohamad Bazzi, who is writing about the war. The Iranians have put money and manpower behind the Assad regime, he says.

"The Iranians are helping the regime survive day to day," he adds.

But Iran's investment has come with unexpected costs. The war has destabilized Iraq and Lebanon, where Tehran has allies and interests; and Tehran's image has been tarnished in the Arab world.

The latest chapter of the bitter regional rivalry between Saudi Arabia, a mostly Sunni Muslim country, and Iran, a largely Shiite Muslim country, is dangerous for the region, says Bazzi.

"I think the only way to get a settlement to the Syrian crisis is for both the Iranians and the Saudis to drop this winner-take-all mentality," he says.

A chemical attack in the suburbs of Damascus in August 2013 raised the stakes, especially for the new Iranian president, Hassan Rouhani, who campaigned on a promise to improve ties with the West. The chemical attack came one month after Rouhani's decisive election.

At Iranian Colleges, Some See Brighter Future In Another Country

Iran's Hope Is Sanctions Relief, But Reality Is Struggling Economy

'Waiting For Godot' Strikes A Chord In Tehran

Economic Sanctions Play Out In Strange Ways In Iran

Western diplomats and regional analysts say Iran played a strong "behind the scenes" role in resolving the immediate crisis. Tehran prodded Assad to give up his chemical arsenal, and sent advisers to help Syria comply with the U.S.-led disarmament plan.

Iranian specialists arrived to train Syrians in how to cooperate with the Organization for the Prohibition of Chemical Weapons, the international team in charge of monitoring and dismantling the arsenal.

The motivation for the move can be seen in the Peace Museum, in central Tehran, which documents Iran's trauma from chemical weapons attacks during the Iran-Iraq war in the 1980s.

There were tens of thousands of victims, and even now, decades later, there are 70,000 registered survivors. Dr. Shahriar Khateri, a leading specialist on the long-term effects of chemical weapons, says Iran still suffers from the traumas of the war.

"We know how cruel chemical warfare is, because we are the only country which was heavily targeted with chemical weapons after the First World War," he says.

Iranians also know how long the trauma lasts. Officially, Iran blamed Syrian rebels rather than the Syrian military for the August attacks, but stopped short of openly defending the Assad regime. It was a notable omission, say diplomats in Tehran, but not a surprise for Khateri.

"Under any circumstances, by anyone, use of chemical warfare is inhuman and prohibited," he insists, even when international accusations focused on Iran's closest ally. "That's the red line," he adds. "We have a very clear position about that."

In Search Of An Endgame

Less clear is Iran's position on how to end the Syrian war.

Nasser Hadian, a professor of international relations at Tehran University, is trying to spur international discussion. He's an adviser at the Foreign Ministry for the new government.

Last month, he published a provocative article, "Reasons Iran Wants Peace in Syria." He proposed that Iran end its support for Assad.

"Iran has turned the corner on Syria," he wrote. "After three years of war, Tehran is increasingly concerned that Syria may not hold together if President Bashar Assad stays in power because of bitter passions that now divide political factions, religious sects, ethnic groups and territory."

"No way that he can rule Syria," says Hadian, referring to the Syrian president. Hadian insists this is a position with widespread support among Iranians, but, he says, "there are powerful groups who would think otherwise."

Western diplomats interviewed in Tehran say they have heard the same sentiment from officials in the Foreign Ministry. But Iranian hard-liners, especially those close to the supreme leader, Ayatollah Ali Khamenei, remain committed to Assad, convinced only he can stop the country from collapsing.

Iran has a crucial role in any solution in Syria, says Hadian. But Tehran is still divided on a way out of the crisis, and dampening the rivalry with the Saudis.