Accessibility links
The Arguments For And Against Releasing Jonathan Pollard : Parallels The formal naval intelligence analyst is serving a life term for spying for Israel. This is not the first time his case has cropped up in the larger context of Israeli-Palestinian peace negotiations.

The Arguments For And Against Releasing Jonathan Pollard

The Arguments For And Against Releasing Jonathan Pollard 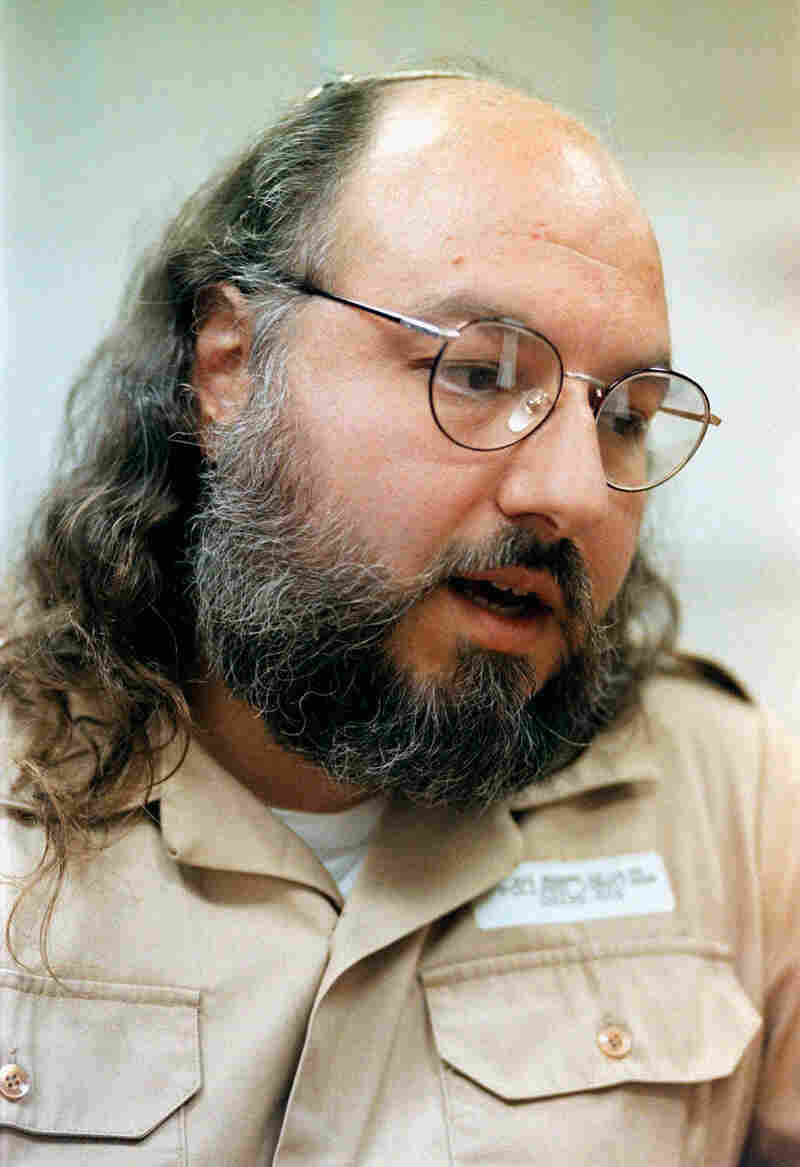 The U.S. is reportedly considering the release of Jonathan Pollard, a former Naval intelligence analyst who is serving a life sentence for spying for Israel. He's shown here during a 1998 interview at a federal prison in Butner, N.C., where he is still held. Karl DeBlaker/AP hide caption 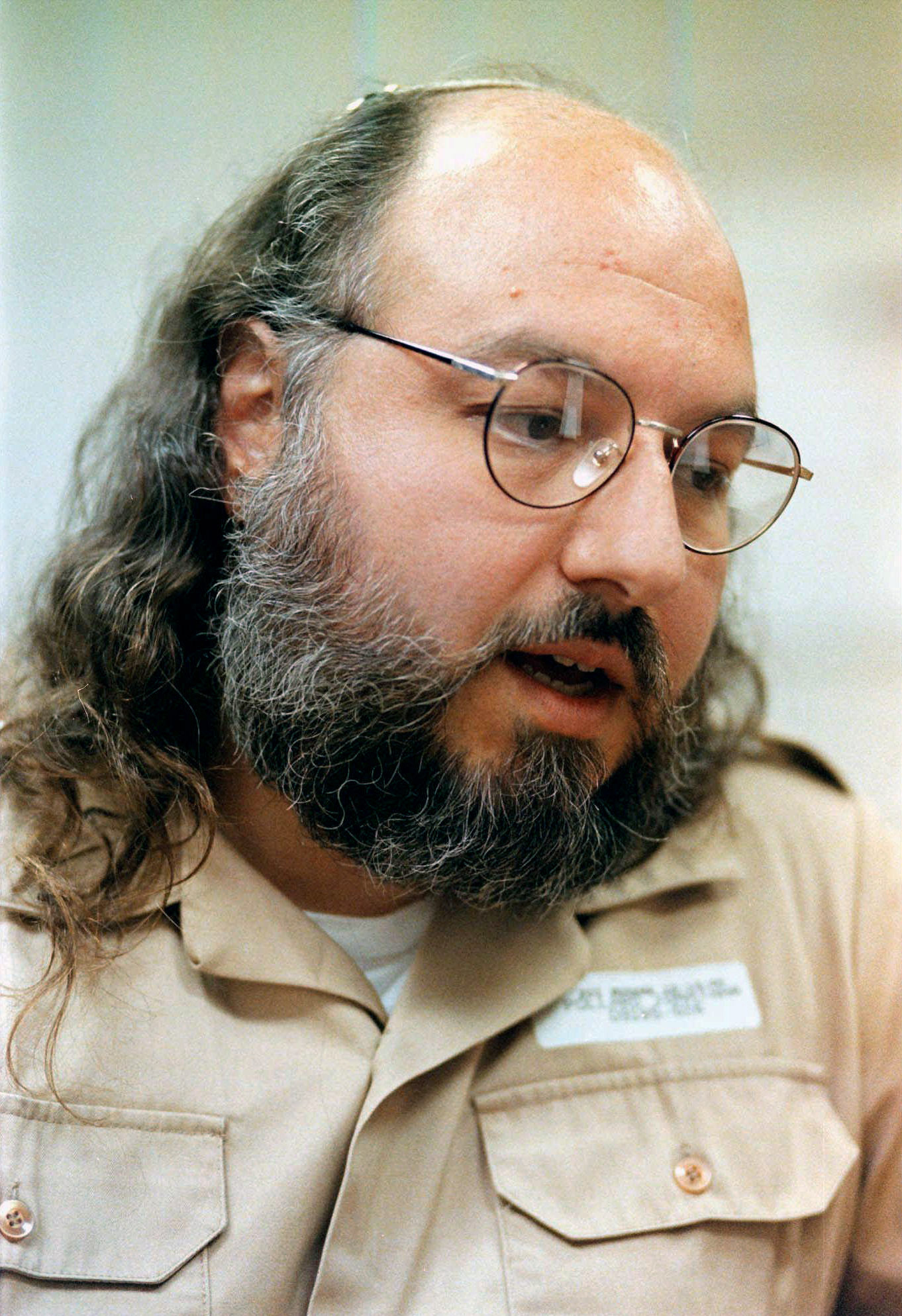 The U.S. is reportedly considering the release of Jonathan Pollard, a former Naval intelligence analyst who is serving a life sentence for spying for Israel. He's shown here during a 1998 interview at a federal prison in Butner, N.C., where he is still held.

Should the United States free Jonathan Pollard, the former U.S. Navy intelligence analyst who was sentenced to life for spying for Israel?

Pollard's case bubbles to the surface periodically, and suddenly his fate has become central to Secretary of State John Kerry's efforts to keep alive the shaky Israeli-Palestinian peace negotiations.

Many in the U.S., and particularly those in the national security establishment, strongly oppose freeing Pollard, a civilian analyst in the Navy who pleaded guilty to passing on secret documents to Israel. He was arrested in 1985 and is serving a life sentence in federal prison in Butner, N.C.

Meanwhile, some in Israel and the U.S. say it's time for him to be freed.

"Pollard discovered that information vital to Israel's security was being deliberately withheld by certain elements within the U.S. national security establishment," his supporters write at JonathanPollard.org. "The information being withheld from Israel included Syrian, Iraqi, Libyan and Iranian nuclear, chemical, and biological warfare capabilities."

Here are the main arguments for and against freeing Pollard:

Impact On The Peace Process: Pollard supporters say his release could help breathe life into the faltering peace process. If Israeli Prime Minister Benjamin Netanyahu is contemplating concessions, he could point to the release of Pollard as something gained in return.

Some reports say a package deal would also involve the release of hundreds of Palestinian prisoners (which Israel has already agreed to), a slowdown in the growth of Israeli West Bank settlements, and promises from Israeli and Palestinian leaders to extend negotiations through 2015.

But critics say releasing Pollard would smack of U.S. desperation at a time when no breakthrough in peace efforts is on the horizon. 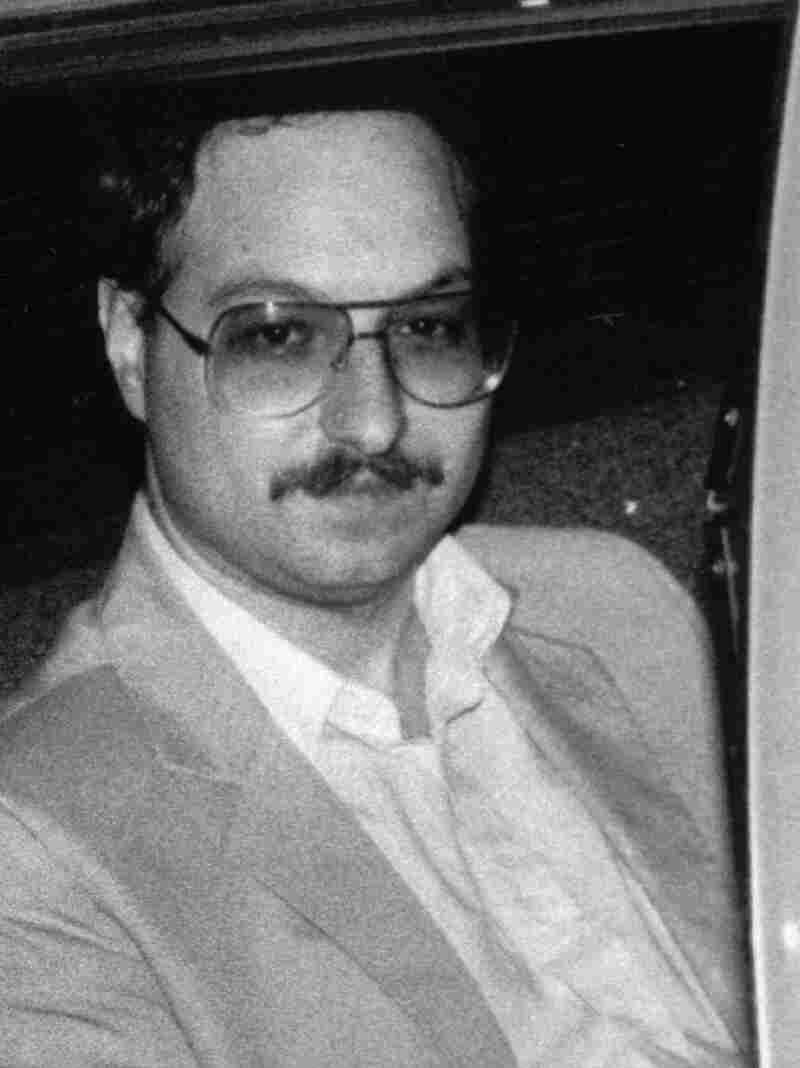 Pollard in 1985 after he was arrested. He pleaded guilty to spying the following year and is serving a life sentence. J. Scott Applewhite/AP hide caption

Pollard in 1985 after he was arrested. He pleaded guilty to spying the following year and is serving a life sentence.

"The right-wing of the Netanyahu coalition, and the right-most members of the prime minister's own Likud Party, would like very much to welcome Pollard at Ben-Gurion International Airport, but they will not trade land for him, not one inch. To think otherwise is foolish. The cause of Middle East peace will not be advanced by the release of a hapless spy."

He Spied, But For An Ally: Pollard has said he was motivated by the belief that the intelligence he passed on was vital to the security of Israel, one of the closest U.S. allies. He acknowledged his actions in pleading guilty and claims he had no intention of harming the U.S.

"Jonathan Pollard was an ideologue, not a mercenary," his supporters write at JonathanPollard.org. "The FBI concluded after nine months of polygraphing that Pollard acted for ideological reasons only, not for profit."

However, he received around $50,000 and expected to earn much more.

There's also the lingering question of what Israel did with Pollard's information. Investigative reporter Seymour Hersh has written that Israel passed on that information to the Soviet Union in exchange for allowing Soviet Jews to emigrate. Others say this never happened. This question has never been definitively answered.

Some opposed to Pollard's release say much larger U.S.-Israeli issues are at stake, such as how the countries should deal with Iran's nuclear program. The Pollard case should not complicate the larger Israel-U.S. relationship, they say.

"At such a critical point in strategic cooperation, when clarity must govern how our two countries move forward on the Iranian nuclear threat and other key issues, the bilateral agenda should not be clouded with misrepresentations of prisoner 09185-016 doing time in North Carolina.

"So let's be clear: Pollard is not a prisoner of Zion, but a man who committed a serious crime for financial gain and glory."

His Sentence Was Too Harsh: Compared with recent events, including bombshell leaks by former NSA staffer Edward Snowden and WikiLeaks, Pollard's case is of a lesser magnitude, his supporters contend.

He's been jailed for nearly three decades, which is already longer than others have been imprisoned for comparable offenses, his supporters argue.

But his case strikes a nerve in the intelligence community. In 1998, President Clinton considered Pollard's release when the peace negotiations were at a critical juncture. The CIA director at the time, George Tenet, reportedly threatened to resign, arguing he would lose support at the agency if Pollard was freed. Clinton didn't act.

"In the end, Obama may do the same," Michael Crowley writes in Time. "After all, it can't be any easier to grant clemency to a man convicted of espionage in the post-Edward Snowden world."