Accessibility links
Still Reeling From Crisis, Ukraine Prepares For Presidential Vote : Parallels A former prime minister and a candy billionaire lead the pack of presidential contenders for the May election. One big question is whether voters in Crimea, which Russia now controls, will have a say. 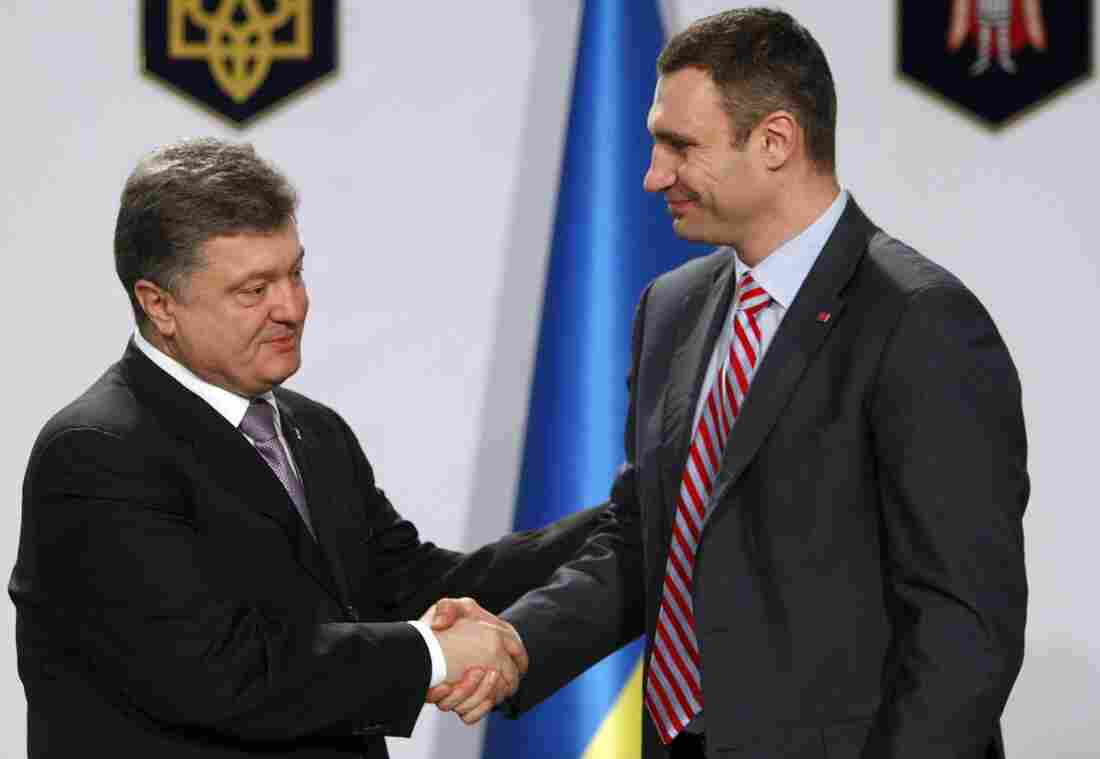 Boxer-turned-opposition leader Vitali Klitschko, right, dropped out of Ukraine's presidential election set for May 25. He says he will help business tycoon and politician Petro Poroshenko, left, who made a fortune selling chocolates. He favors closer ties with the West. Anatoliy Stepanov/AFP/Getty Images hide caption 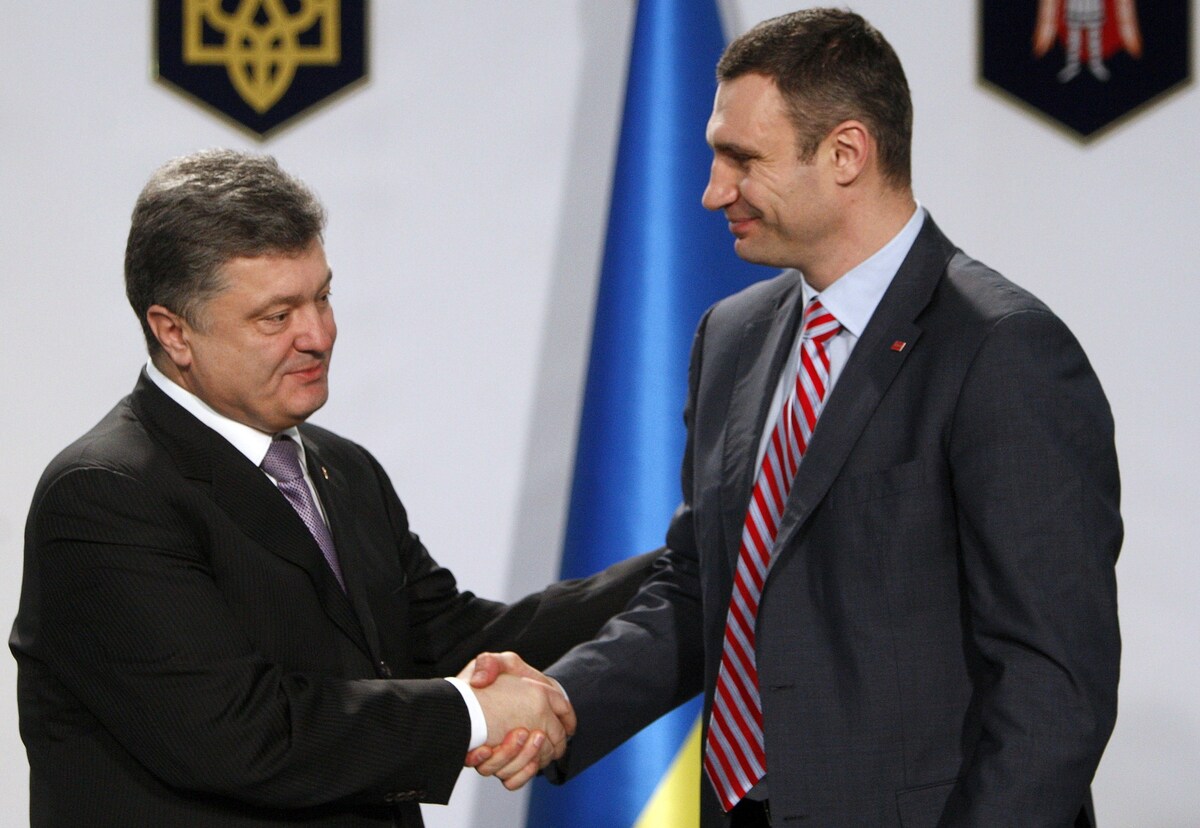 Boxer-turned-opposition leader Vitali Klitschko, right, dropped out of Ukraine's presidential election set for May 25. He says he will help business tycoon and politician Petro Poroshenko, left, who made a fortune selling chocolates. He favors closer ties with the West.

After a winter of lightning-fast changes – a president ousted and a peninsula apparently lost to Russia — Ukrainians are beginning to look ahead to elections on May 25 to replace Viktor Yanukovych.

The opposition leader who seemed to have the inside track a few weeks ago, ex-world champion heavyweight Vitali Klitschko, has taken himself out of the running. Klitschko will stand for mayor of Kiev and throw his support behind billionaire Petro Poroshenko, who made his fortune in the candy business.

Although not widely known in the West, Poroshenko has relatively broad appeal in this deeply divided country. He was a prominent backer of both the Orange Revolution in 2004 and the recent pro-European demonstrations in Kiev's Independence Square.

Political analyst Brian Mefford says Poroshenko has also worked with Yanukovych in the past, and until recently had lucrative business ties with Russia. 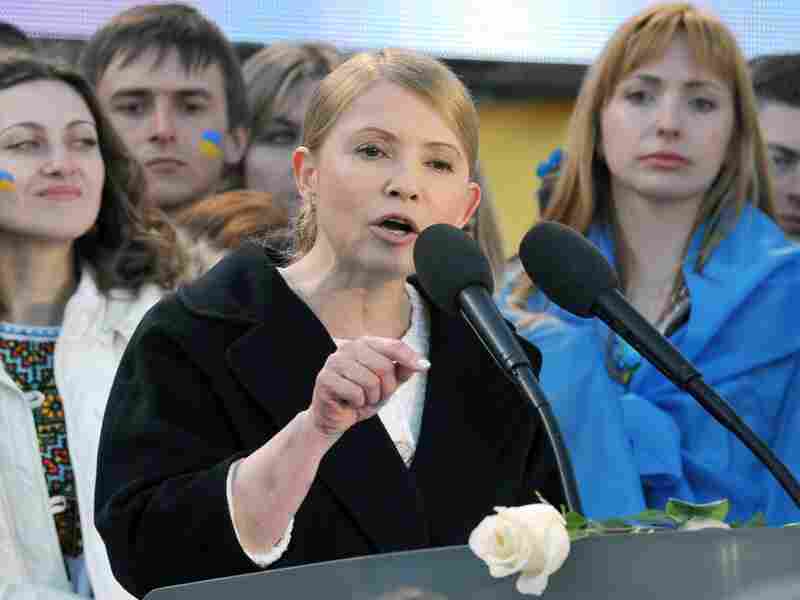 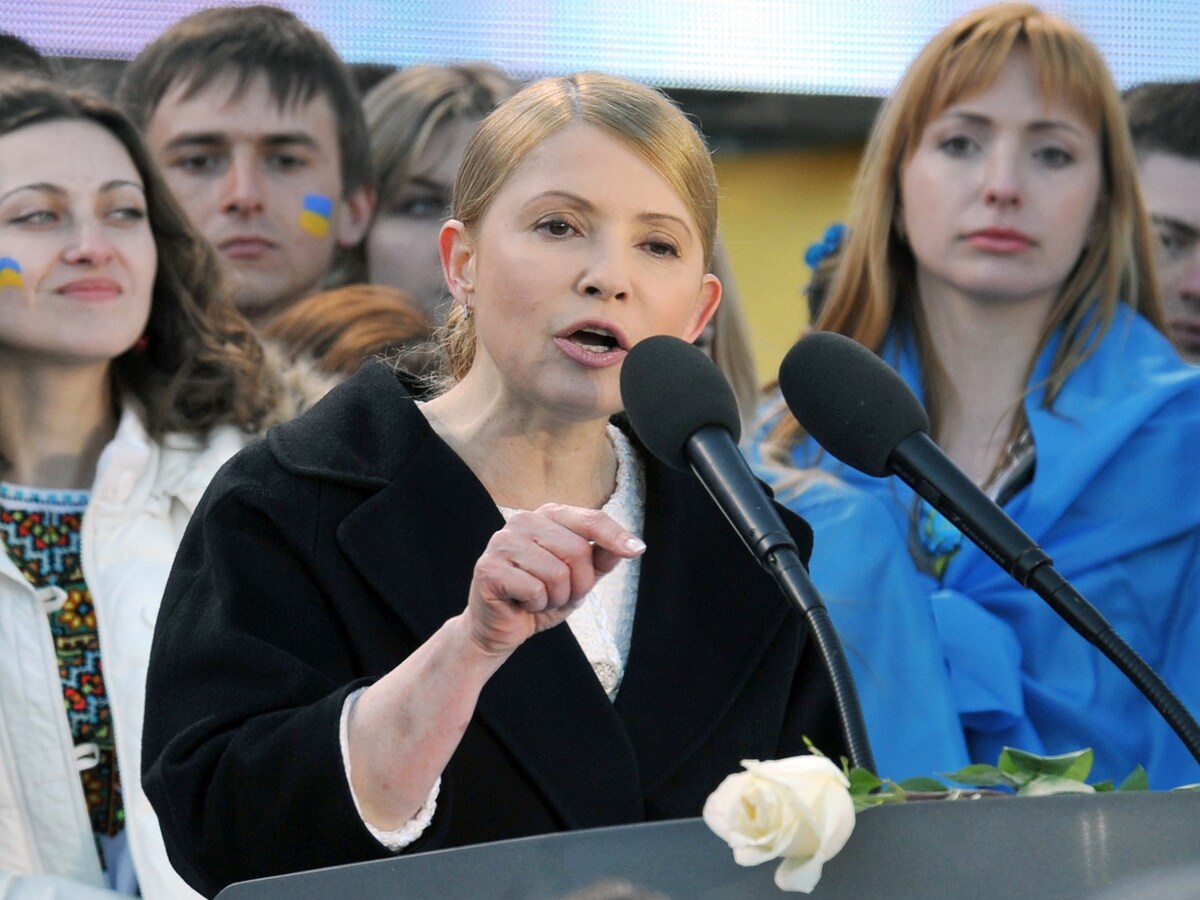 "In a time when the country just lost a significant amount of its territory to annexation in Crimea, the voters are looking maybe less for a celebrity and more for someone that they see as an accomplished businessman and political professional," says Mefford.

Poroshenko has a long resume and has served as foreign minister, economics minister, national security chief and as a member of parliament.

Poroshenko's most prominent rival at the moment is former Prime Minister Yulia Tymoshenko. Since being freed from jail, she has promised to be "the candidate of Ukrainian unity."

Lagging In The Polls

But she has been lagging in the polls, a sign, analysts say, that voters may be concluding that the former heroine of the Orange Revolution is cut from the same cloth as the rest of the political establishment.

"As a leader, Tymoshenko is not a friend of democracy," says Mykhailo Minakov, head of the Foundation for Good Politics.

Like many top Ukrainian politicians, Minakov says, Tymoshenko has been linked to a number of oligarchs, who have raised their visibility since she announced her candidacy.

That's not to say Tymoshenko and her Fatherland party couldn't provide the stability Ukraine needs to build a better political system in the future, Minakov says. But no one should mistake them for pro-democracy reformers.

"It's not a democratic party, it's not a liberal party, and it's not the party that brings new quality in economic policies or political liberties," he says.

None Of The Above

In the eastern part of Ukraine, the home region of ex-president Yanukovych, there's little enthusiasm for either front-runner. To the south in Odessa, a strong pro-Russian minority is also looking for a "none of the above" option. 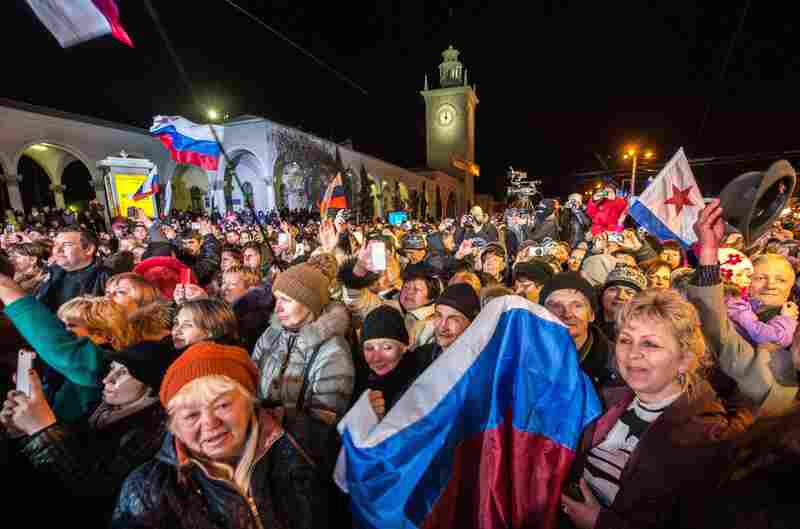 People in Crimea celebrate the transition to Moscow time near a city clock tower at a railway station in Simferopol on March 30. Dmitry Serebryakov/AFP/Getty Images hide caption 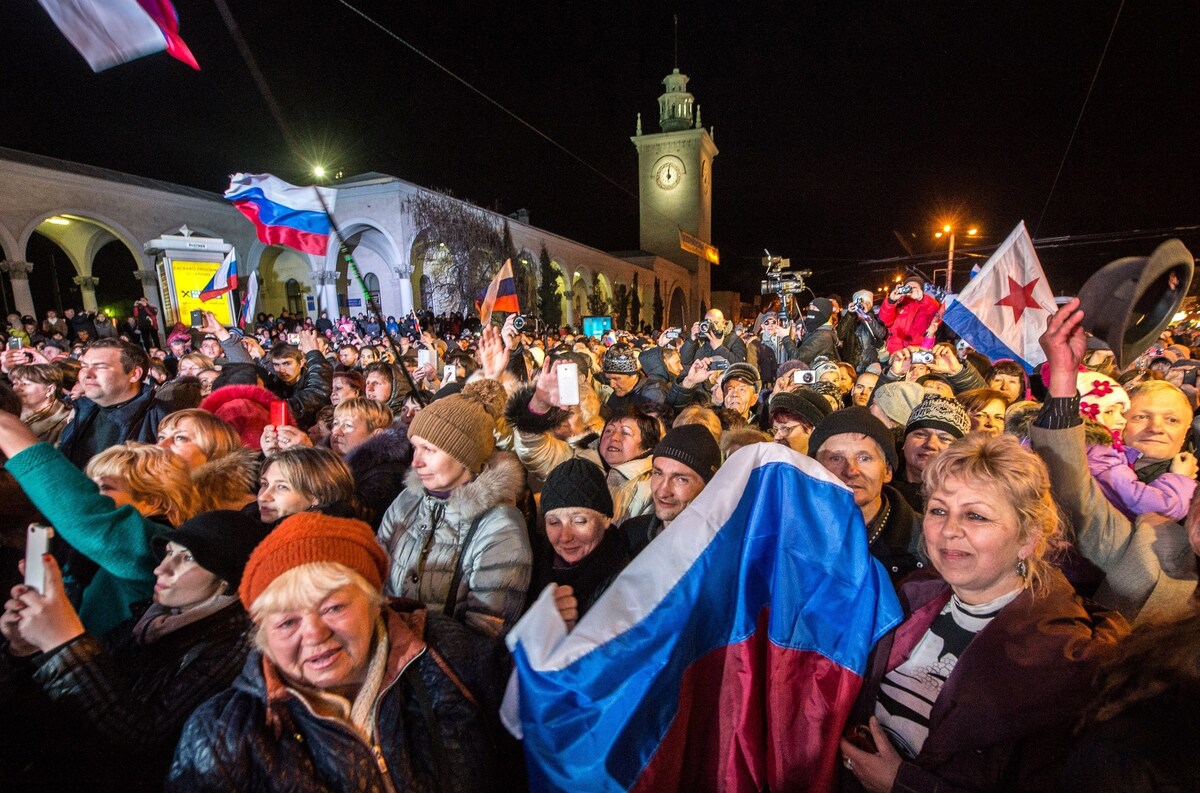 People in Crimea celebrate the transition to Moscow time near a city clock tower at a railway station in Simferopol on March 30.

On the edge of a pro-Russian rally in Odessa on Sunday, coffee sellers Andriy and Nikita, who declined to give their last names, shrugged when asked who they would trust to lead the country now.

"Now, nobody has any trust," says Nikita. "People are coming to power and still trying to line their own pockets. Nobody thinks about us, absolutely nobody."

"We have these coffee machines," adds Andriy. "Ukrainian law says they're illegal, but we have to work. In Russia, all these laws on coffee carts were sorted out a long time ago."

Odessans are also casting an eye toward Crimea, now under Russian control but considered by much of the world to be occupied Ukrainian territory. Crimea is also on the minds of election observers from the Organization for Security and Cooperation in Europe.

Spencer Oliver, the OSCE's parliamentary assembly secretary-general, says the group is leaving its options open about where all of its observers will be deployed on May 25.

"Of course there are questions about how we can monitor the elections in Crimea, or whether there will be opportunities for the Crimeans to vote in these elections," Oliver says.

"But so far it's been rather discouraging, because the Russians are unwilling to grant access to observers, but we're making every effort to try to accomplish that," he says.

Analysts say technical solutions such as voting online or by mail probably can't be set up in time, especially without the cooperation of Russia and the local Crimean authorities.

As with so much about Ukraine's future, these elections are likely to have a strong flavor of improvisation about them.