Accessibility links
What A Ban On Taxi Apps In Shanghai Says About China's Economy : Parallels The smartphone apps let people summon cabs and negotiate prices directly with drivers. Officials say they benefit the young and the rich. But they're also a free-market challenge to state control. 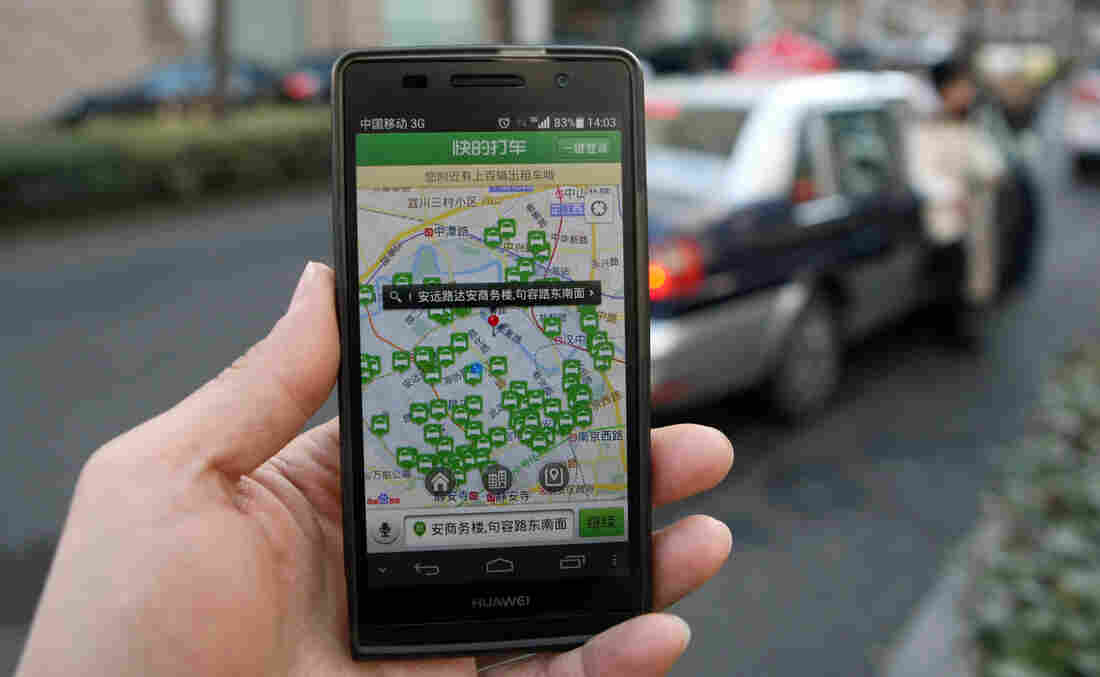 The Shanghai government has banned the use of taxi-booking apps such as Kuaidi Dache during rush hour. Here, a Shanghai resident displays the app on his smartphone in Shanghai, on Jan. 23. Imagine China/Corbis hide caption 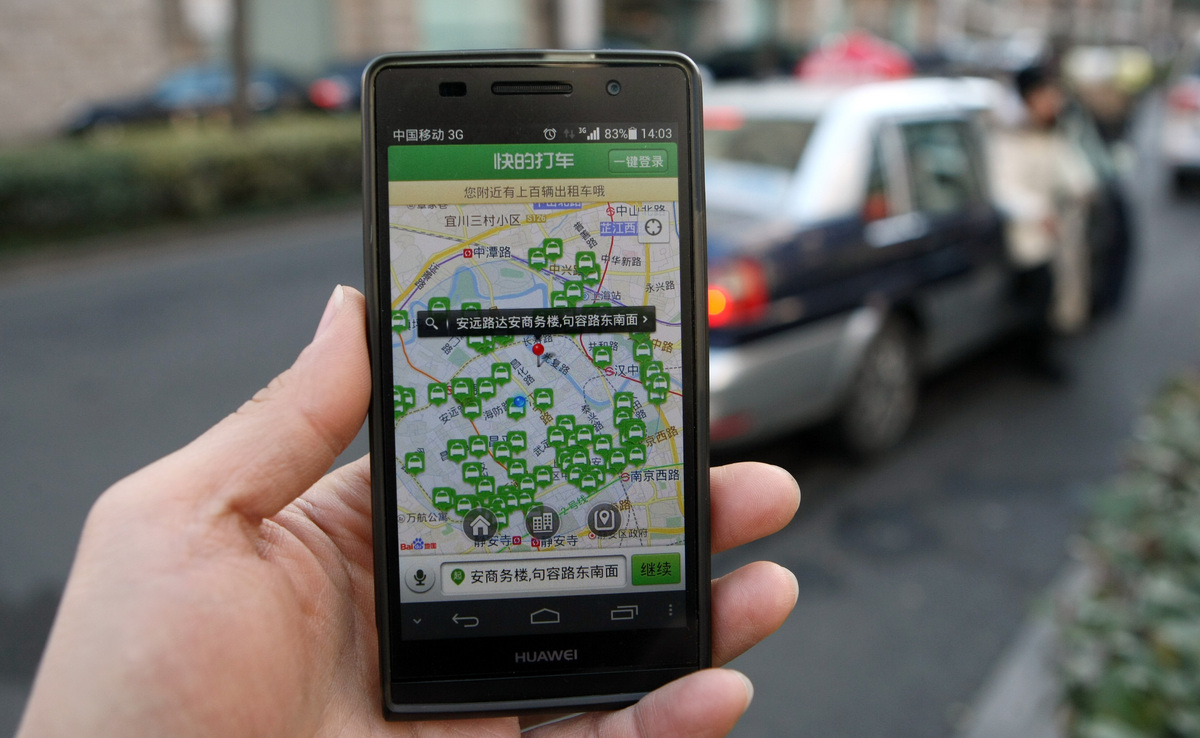 The Shanghai government has banned the use of taxi-booking apps such as Kuaidi Dache during rush hour. Here, a Shanghai resident displays the app on his smartphone in Shanghai, on Jan. 23.

The Chinese mega-city of Shanghai has been cracking down on popular taxi-booking apps, banning their use during rush hour. The government says apps discriminate against older people and those who don't have smartphones.

But economists and some customers see the crackdown as a small, textbook case of something much bigger: the battle between the government and market forces in the world's second-largest economy.

The apps are designed to address a supply and demand problem. Shanghai has at least 50,000 cabs but nearly 24 million people, according to the government. At rush hour or when it rains, getting a cab — as in other cities — can be practically impossible.

So the Internet giants Alibaba and Tencent have backed smartphone applications that allow users to order cabs. In China, customers don't traditionally tip cabbies, but to land a cab at rush hour, they can pledge through the app to give a tip in a sort of open bidding war.

Cabbies can see where the customer is, where he or she wants to go, and make an economically rational decision on whom to pick up.

I have two perspectives on the apps. Before I knew how to use them, I was frustrated, because empty cabs would blow past me at rush hour, en route to better-paying, more tech-savvy customers. Now that I've learned how to use the apps, which are in Chinese, they have proved invaluable.

Many Shanghai hacks swear by them. One named Chen says they allow him to plan routes and be more efficient.

"When a customer gets out of the car, I no longer have to drive around the streets," he says. "Instead, I check orders. If another customer is near, I can directly compete."

The apps are a marketing tool for giant Internet companies trying to capture customers for their online payment platforms. To promote the apps' use, they pay Chen and other cabbies nearly $2 every time they use one to book a fare. The apps also save Chen money. 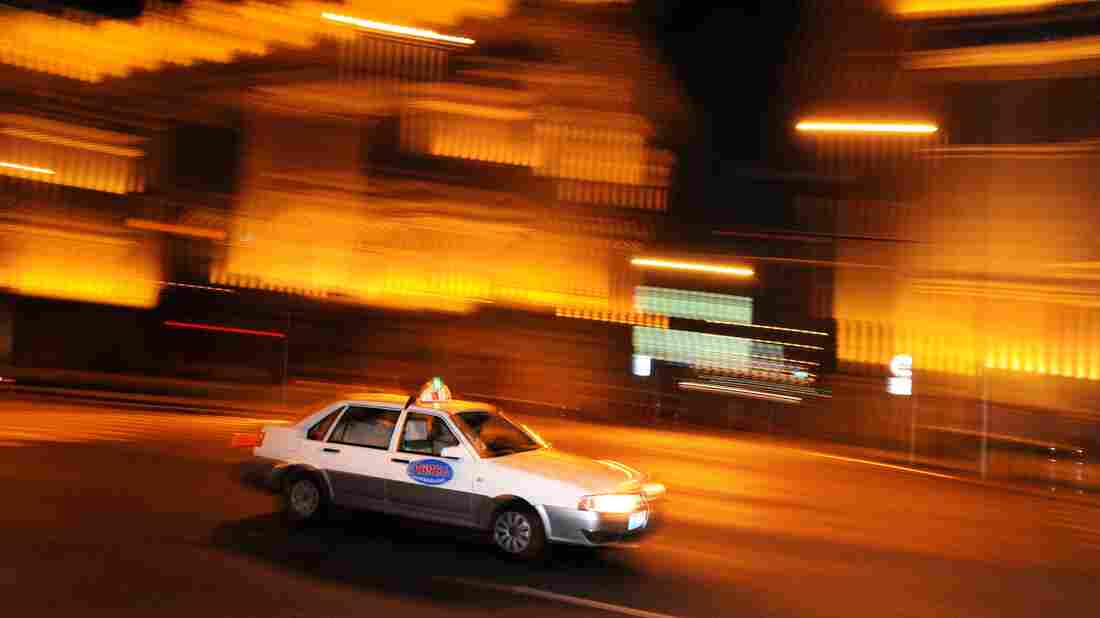 A taxi drives along the historic Bund area in Shanghai on Sept. 15, 2011. For its population of nearly 24 million people, Shanghai has only 50,000 or so cabs. Mark Ralston/AFP/Getty Images hide caption 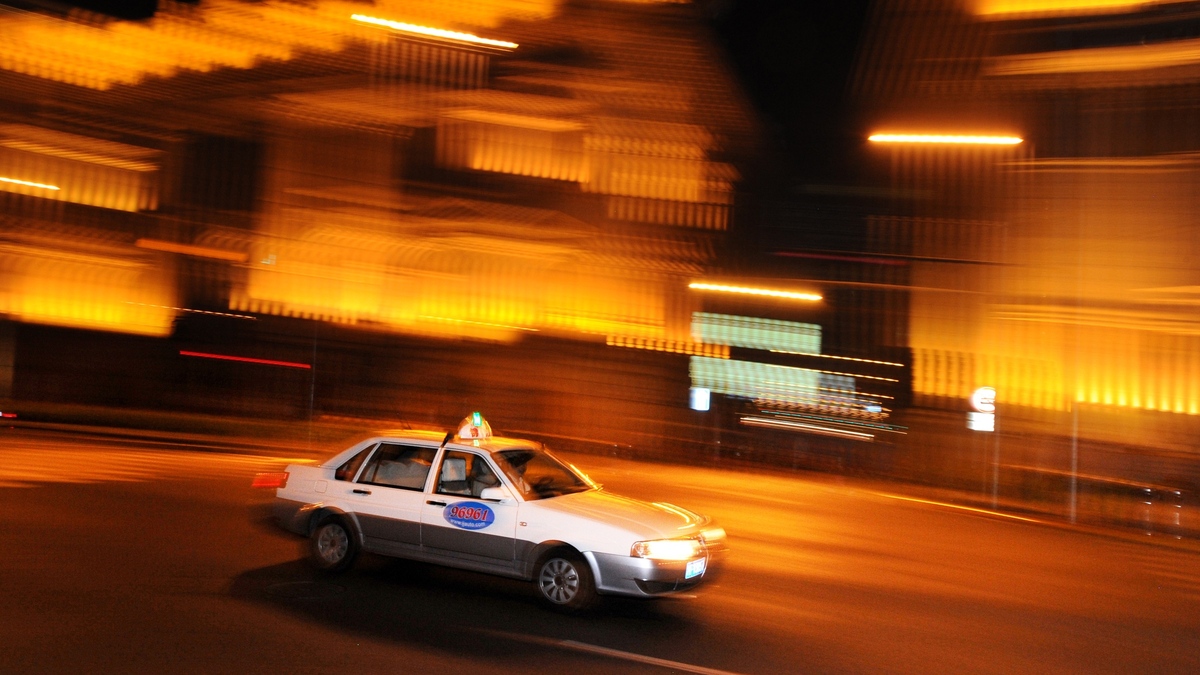 A taxi drives along the historic Bund area in Shanghai on Sept. 15, 2011. For its population of nearly 24 million people, Shanghai has only 50,000 or so cabs.

The Shanghai government doesn't share Chen's enthusiasm. It says the apps pose a safety hazard. Some cabbies have mounted up to four smartphones on their dashboards. In a statement, the government said the apps were "unfair and had upset the proper order of the city's taxi market."

Even the elderly mother of Jack Ma, whose e-commerce company, Alibaba, backs one of the apps, has complained she's had trouble hailing taxis.

Wang Gao, a marketing professor at China Europe International Business School, or CEIBS, in Shanghai, says those arguments are reasonable, but he thinks the government is driven by other motives.

"What's wrong with it?" he says. "This is a 100 percent market mechanism. Now the government tries to regulate it. This is a struggle between the market mechanism and the old planning economy mindset."

Until the apps came along, the taxi companies, which are government owned, set the real price for fares and collected about 33 cents each time someone called for a cab. That can add up in a city the size of Shanghai. Wang says the apps bypassed the old system and cut into company revenues. 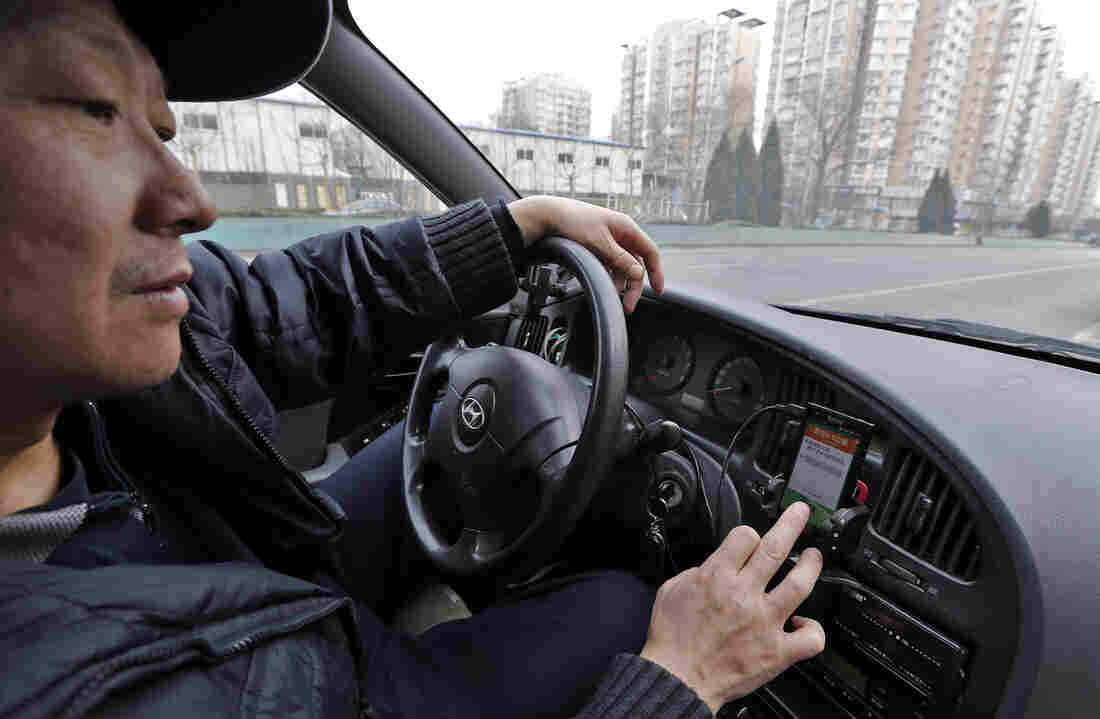 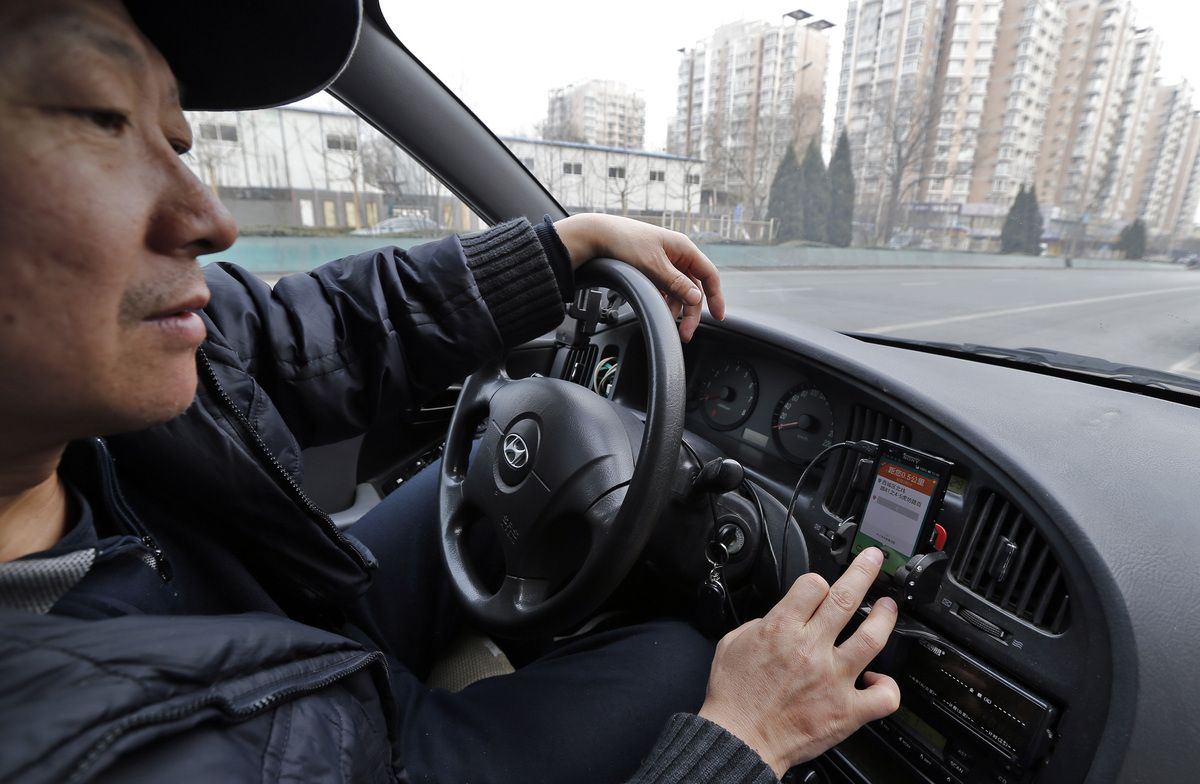 A taxi driver uses Didi, another cab-hailing app, to find customers in Beijing on Feb. 18.

"They get less and less phone calls," he says. "They lose more money."

"I feel the most important reason for the ban is [the apps] hurt the economic interests of state-owned enterprises," says James Zhong, who works as a sales representative at a high-end apparel company.

Zhong, 30, started using an app a couple of months ago and hasn't used a taxi call center since. Wang says the government is now trying to regain control of the taxi market.

"All the companies are state-owned," he says. "This new service kind of hurts their interests. Do you think the fathers and mother will protect their sons? [It's a] very natural reaction."

Much has been made of China's embrace of capitalism, but — along with transportation — the government still dominates key sectors, including energy, telecommunications and banking.

Wang says vested government interests won't give them up easily.

"You will see the fight between the old system and the old force and the new force," he says. "But in the end, the market will win the game, because it benefits all the customers."

The app ban is now more than a month old in Shanghai. Drivers say they are quietly ignoring it.