Accessibility links
Iran's Culture Wars: Who's Winning These Days? : Parallels Men and women ski on the same slopes. A rock band performs in the capital. It's all part of the constant tug-of-war between religious conservatives and those seeking more social freedoms. 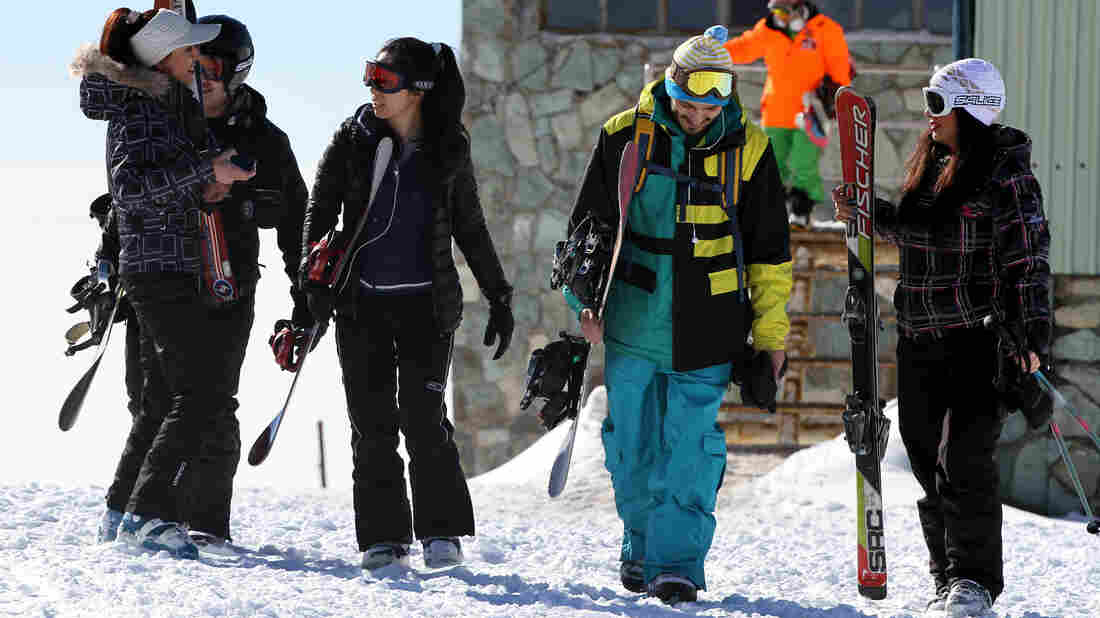 Skiers at a resort in the Alborz mountains near the capital Tehran in January. Men and women used to ski separately in Iran. In recent years, they have been skiing together, though it is not formally authorized. Fatemeh Bahrami/Anadolu Agency/Getty Images hide caption

In Iran, hardline critics are waging a campaign against President Hassan Rouhani to limit his campaign pledge of opening Iran to more social and cultural freedoms.

The "culture wars" are as old as the Islamic revolution that swept conservative clerics to power more than three decades ago. The latest chapter comes as Rouhani is negotiating a nuclear deal with six world powers. He has the backing of Iran's supreme leader, Ayatollah Ali Khamenei, to continue the nuclear discussions, but cultural hardliners are stepping up the domestic pressure.

"[Rouhani] gave promises during the campaign that people expect him to deliver. But in practice, he has a very uphill battle," says Hadi Ghaemi, director of the New York-based International Campaign for Human Rights in Iran. "He doesn't seem ready to pedal up that hill yet."

Rouhani is considered a relative moderate, elected by a decisive vote last year but he hasn't made significant policy changes on political freedoms. Rights activists point out that he seems wary of antagonizing powerful hardliners skeptical of his rapprochement with the West over the nuclear program.

"He is constrained by the limitations of the system," says Rouzbeh Pirouz, who runs a real estate investment firm in Tehran. Rouhani's challengers are in parliament and the judiciary and he'll need a lot of political capital to override domestic opposition, Pirouz explains. "Between nuclear and Facebook, he thinks the nuclear issue is a more urgent issue for the country." 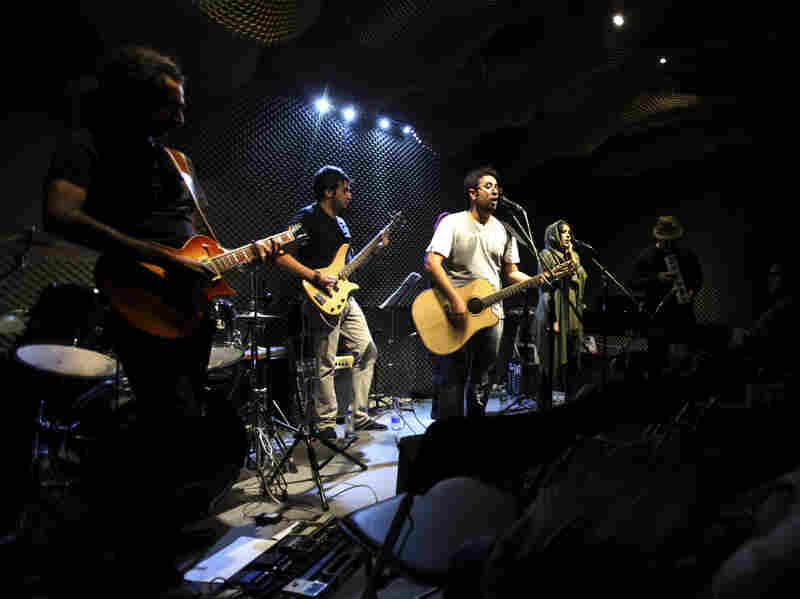 Members of the Iranian band Accolade perform in an unauthorized stage performance in the capital Tehran in January 2013. Those seeking greater social freedoms are often testing the limits in Iran. Vahid Salemi/AP hide caption 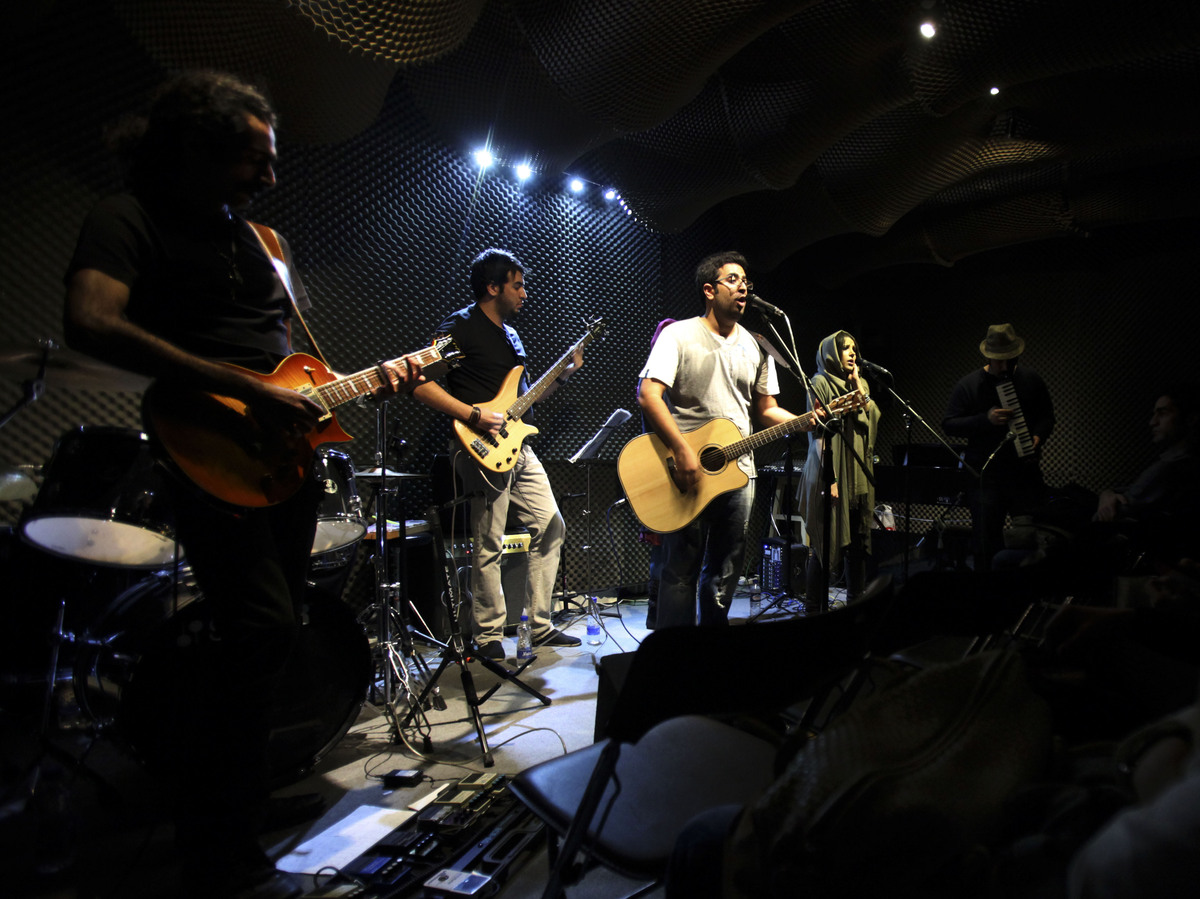 Members of the Iranian band Accolade perform in an unauthorized stage performance in the capital Tehran in January 2013. Those seeking greater social freedoms are often testing the limits in Iran.

The Slopes Of Change

The Dizin ski resort, high up in the snowy peaks above Tehran, is one example of the battlefields of Iran's culture wars. The rules loosened here more than a decade ago. Men and women ski down the slopes together, and it's a place where the enveloping black chador for women has been replaced by sleek ski outfits and designer sunglasses for women.

The morality police, the official enforcers of the strict dress codes, have lost the battle here, says Pooya Imami, a 26-year-old college graduate. He observes the female skiers from the mountaintop and says the morality police "keep coming and telling them to cover, but they just don't listen."

Iranians have pushed against the rules since the early days of the Islamic Republic, says American academic Kevan Harris. There are many things that are officially prohibited but have become unofficially accepted, he says.

"The only way to learn that is learn by doing in Iran," Harris says. "So people who live here, they've lived in a situation where their whole life, they've been pushing back against the rules."

The biggest push comes from the generation born after the 1979 revolution. They've grown up with the Internet, officially filtered as it is, but many Iranians know how to circumvent government censors. Satellite TV is also officially banned, but more than 70 percent of Iranians have a rooftop dish. The younger generation is influenced by social media and global trends.

They reflect the social change in Iranian society, a rebellion against conservative social norms. In one of his first official decrees, Rouhani ordered the country's morality police to stop arresting women considered to be in defiance of the strict dress code.

"The game is over and the regime has lost the game — the ladies won," says Saeed Laylaz, an economist, journalist and former adviser to reformist President Mohammad Khatami. "The system has lost. You can't compare women in the streets from two years ago."

The election that brought Rouhani to power last year was a vote for more significant change. And not just what Iranians can wear, but what they can say and what they can do. Rouhani promised better relations with the West and an end to the crippling economic sanctions tied to Iran's nuclear program. Domestically, he pledged to ease political restrictions on the Internet and relax stifling rules on cinema, music and art. 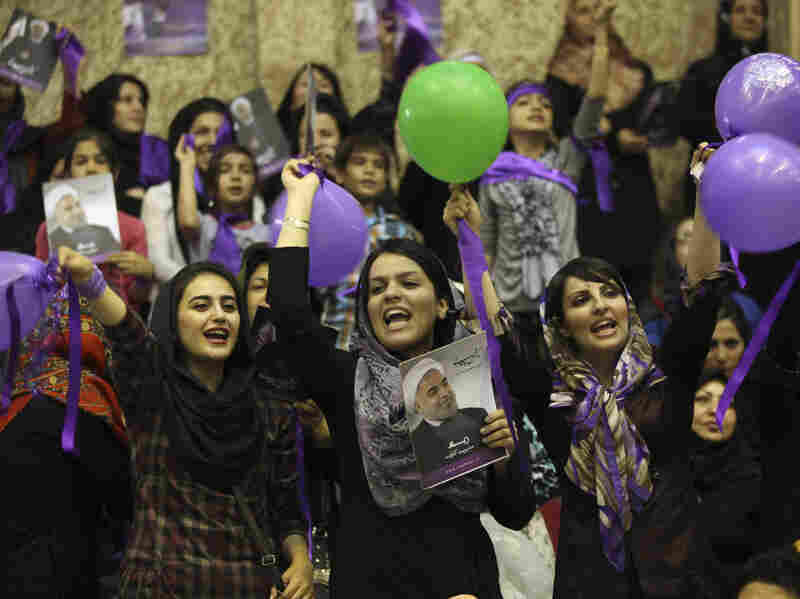 Hasan Rouhani supporters rally for his campaign in the western city of Sanandaj in June 2013. Rouhani pledged to ease social restrictions, but has not taken any major steps since becoming president last summer. Vahid Salemi/AP hide caption 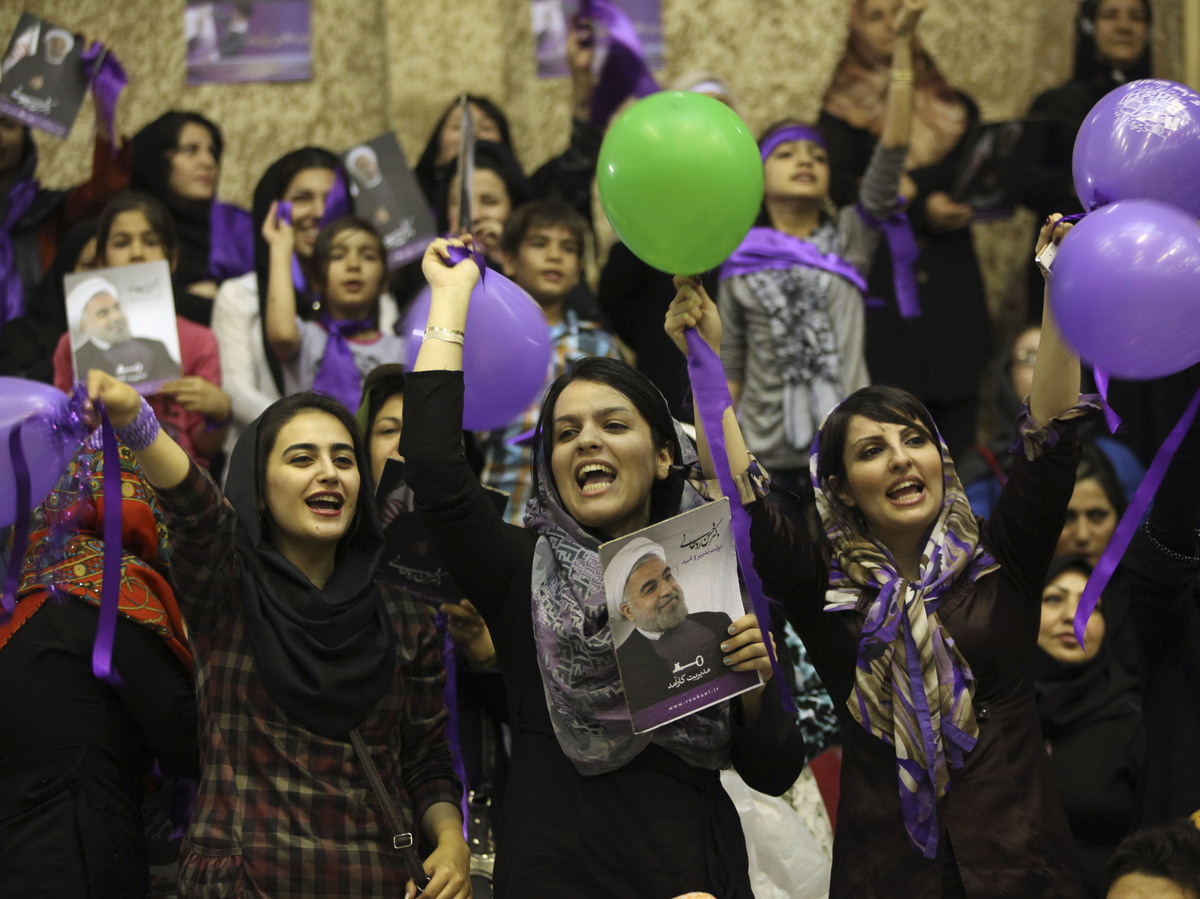 Hasan Rouhani supporters rally for his campaign in the western city of Sanandaj in June 2013. Rouhani pledged to ease social restrictions, but has not taken any major steps since becoming president last summer.

There have been some openings that are remarkable by Iranian standards. Iranian state TV broke a decades-long taboo against showing musical instruments in a live concert on a show called Good Morning Iran. The first rock band featuring a female singer played publicly in the capital.

Rouhani also sent out a tweet when he re-opened the House of Cinema, an important trade organization for Iranian movie directors and actors. It was shuttered by the former hardline president Mahmoud Ahmadinejad. A banned film called Parental House, that criticizes fanaticism in Iran, was recently released to critical acclaim.

In February, a reformist newspaper, Aseman, was shut down and its manager jailed after the publication was accused of insulting Islam. The outrage over an offending article came from conservative and religious circles powerful enough to shut the newspaper down after a one-week publication run. Hardliners in parliament rail against the Rouhani administration for what they see as his "soft" approach to cultural issues, and took him to task for a visit by the European Union's Catherine Ashton, the lead negotiator on the nuclear front.

The most recent battleground is in the prisons, where the culture war is about more than culture. Executions have spiked this year, with close to 200 death sentences carried out since January. The high numbers have sparked condemnation from international human rights organizations and European governments, as well as undermined Rouhani's government, says human rights advocate Ghaemi.

"We have to ask: 'Who are the people implementing these executions?' " Ghaemi says. He also wonders why there is such a spike. Those decision-makers are connected to hardline presidential candidates who lost to Rouhani, and Ghaemi contends they want to make a show of strength.

The hardliners want to demonstrate they are as powerful as they were before Rouhani's election, he says, when Iranians gave a candidate who promised "change" a decisive vote.