Accessibility links
Sunni Discontent Fuels Growing Violence In Iraq's Anbar Province : Parallels Fed up with what they say is years of discrimination by the Shiite-led government, ordinary Sunnis have joined Islamist fighters. There are echoes of past conflicts, with a few important distinctions. 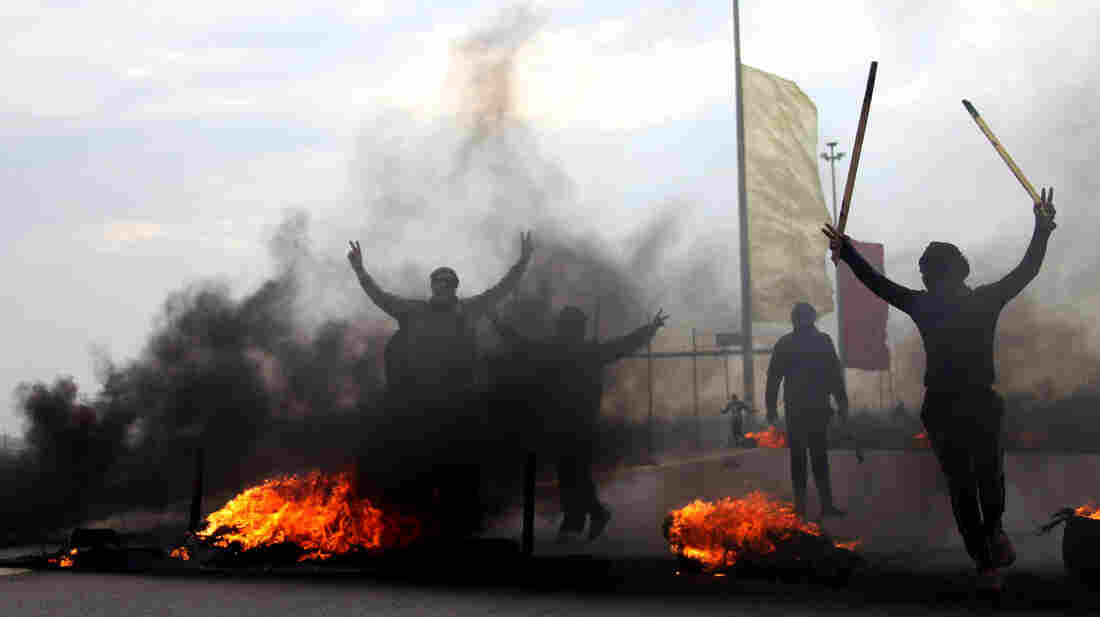 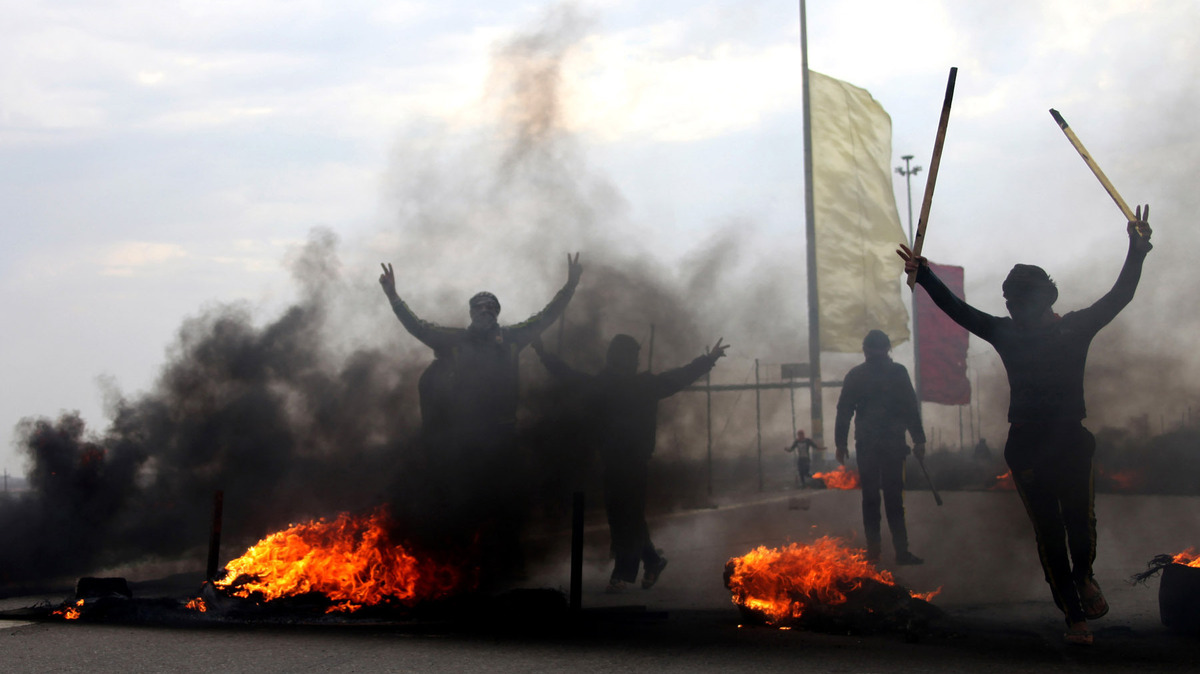 Violence has reignited in western Iraq, with Islamist fighters taking over much of Anbar province three months ago. A renegade al-Qaida group has set up its headquarters in Fallujah — the city where hundreds of U.S. soldiers died a decade ago, trying to wrest it from insurgent control.

But this time, the enemy isn't the U.S. and it's not just extremists fighting. Ordinary Sunnis in Anbar, furious at what they call years of discrimination by the Shiite-dominated government, have joined the militants' battle against the Iraqi army.

There's another difference: This group has better training and weapons, drawing strength and fighters from the chaos across the border in Syria, where it is also active.

In northern Iraq, I meet a group of young men who are among the 400,000 people who have fled the fighting in Anbar.

They say their brothers, cousins and friends are among those fighting against the army in Anbar — not because they like al-Qaida, but because they hate the Iraqi army so much. They've heeded the call by tribal sheiks that each family leave one son behind to fight. 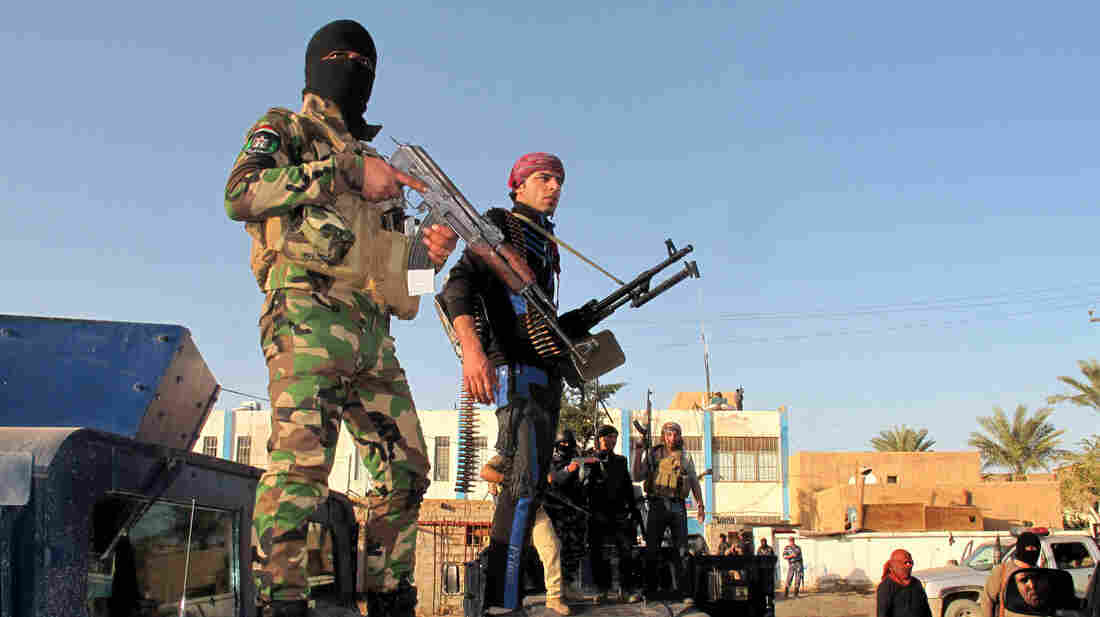 Tribesmen and Iraqi police forces hold a position in a street of the city of Ramadi, west of the capital Baghdad, on Jan. 30, during a military operation against anti-government fighters. Azhar Shallal/AFP/Getty Images hide caption 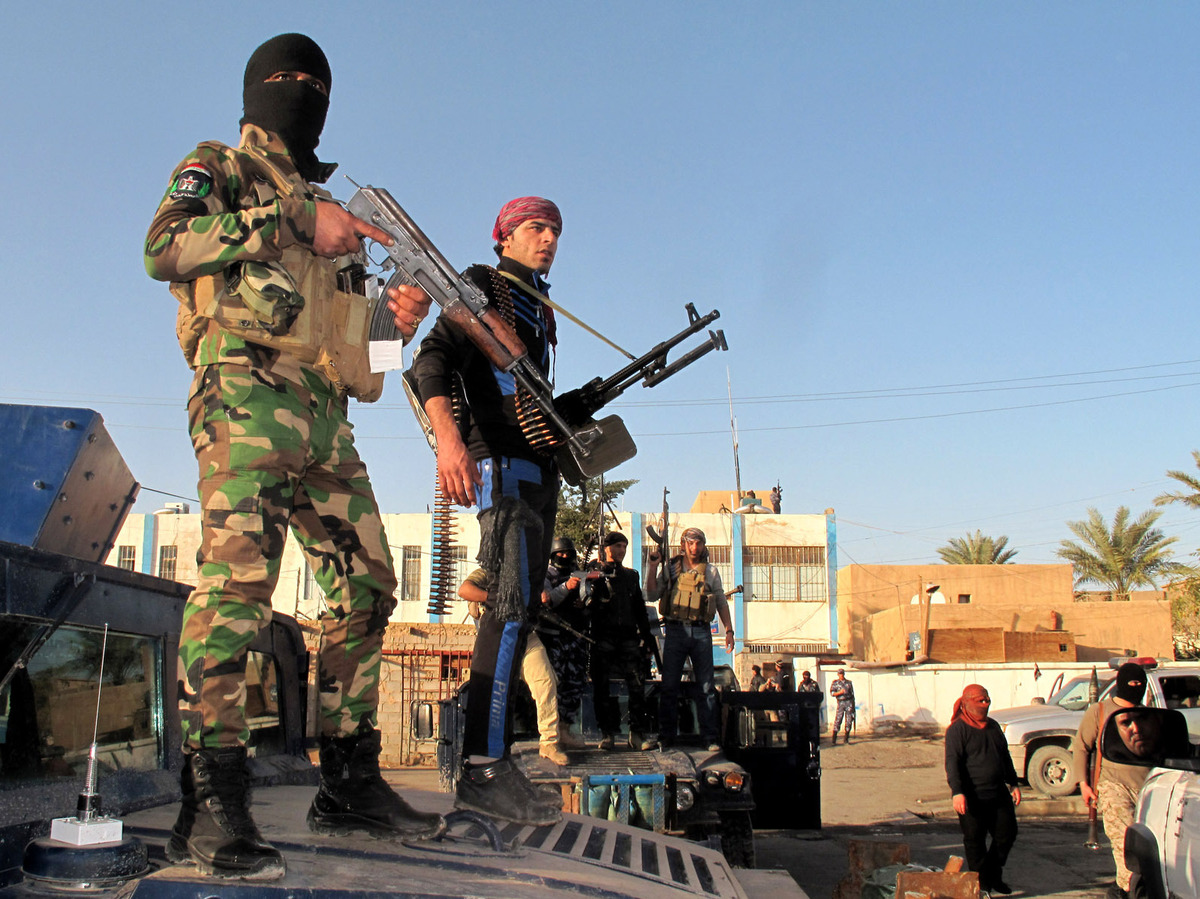 Tribesmen and Iraqi police forces hold a position in a street of the city of Ramadi, west of the capital Baghdad, on Jan. 30, during a military operation against anti-government fighters.

The men who have fled are staying in a faded tourist hotel in the mountain resort of Shaqlawa. Piled into a room full of mattresses, smelling of socks and gas heaters, these Sunnis are brimming over with stories that explain why they would fight their own government.

"In Fallujah, the soldiers would come at night, take people away and leave," says Taha Fadel. Men and women would be detained for long periods without charge, and tortured, he alleges.

For more than a year, they held huge protests every Friday, demanding that the Shiite-dominated government address their issues. There were tents set up with permanent sit-ins in Fallujah and in the provincial capital of Ramadi.

Then, in December last year, the army moved in. Prime Minister Nouri al-Maliki said members of al-Qaida were hiding in the camps. The young men in the smelly hotel room say they're not al-Qaida — they're civilians whose homes were leveled out of nowhere.

Ihab Ibrahim, a craftsman, shows a video on his cellphone that he says was his home. Now, it's rubble. The army fired two shells at it five minutes after the family left, he claims.

These young men deny that there are any extremists fighting in Anbar — they say it's all tribal revolutionaries.

'They Want To Overthrow The Region'

But U.S. officials say several hundred heavily armed men are the main fighting force for the militant group known as ISIS, or the Islamic State of Iraq and Syria. And ISIS itself seems to confirm that assessment with victory videos that it posts online.

Between the extremists and the tribal fighters, the group has been able to hold on to much of Anbar — and is even creeping east to Baghdad and the provinces around it. Abu Ghraib prison on the outskirts of Baghdad was evacuated this week as they approached — out of fears it could be overrun by Sunni insurgents.

In Baghdad, I run into the funeral of a young soldier in the Shiite suburb of Kadhimiya.

"May God have mercy on his soul," intones a singer whose doleful voice pours out of speakers into the dusty chaos of the street.

The soldier's brother, Issam Ghazi, talks about how his brother was killed by extremists in Salahaddine province north of Baghdad. He's a soldier, too, and says ISIS is more fearsome than ever.

"There is a significant increase in operations, more than before," he says. "Now jihad has spread in Iraq on a wider scale; they want to overthrow the region."