Accessibility links
Putin's Internet Plan Requires 'Sharing' With Security Services : Parallels A new legal measure will place a host of restrictions on Internet companies and users. One provision will require bloggers to register with the government if they get more than 3,000 hits a day. 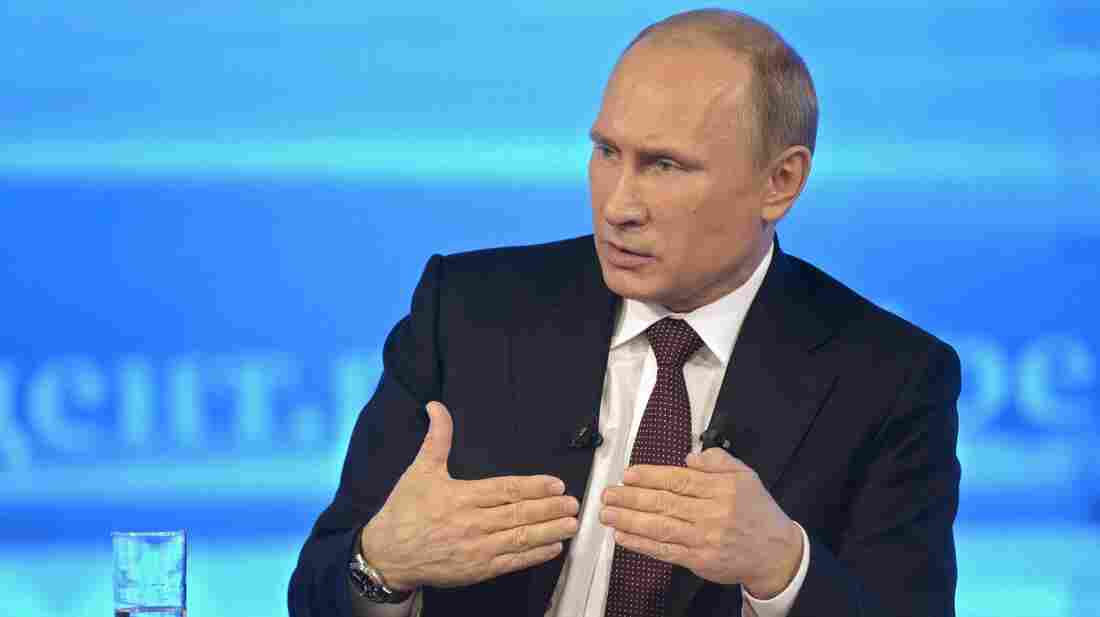 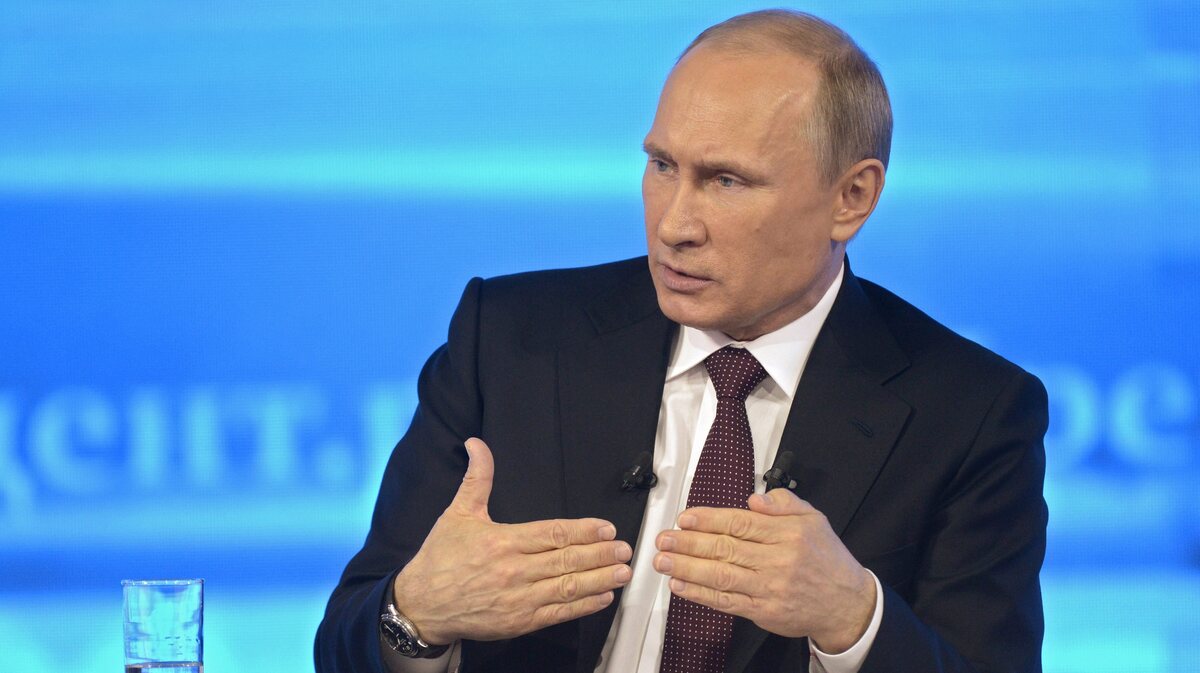 Russian President Vladimir Putin, shown speaking on TV last month, has signed a measure that would impose a host of restrictions on Internet companies and users.

Russian President Vladimir Putin signed a new measure that will give the government much greater control over the Internet.

Critics say the law is aimed at silencing opposition bloggers and restricting what people can say on social media. It would also force international email providers and social networks to make their users' information available to the Russian security services.

Putin sent a chill through many Internet users late last month with this comment at a media forum: "You do know that it all began initially, when the Internet first appeared, as a special CIA project. And this is the way it is developing."

I think anything that's published in a blog, that's not to the authorities' liking, can be used against the person who writes the blog.

Putin said Americans set the system up so that everything would go through servers in the United States, where intelligence agencies could monitor it.

The president's statement came as Russia's parliament was working on a package of bills that would place restrictions on bloggers and websites.

One key provision of the law, which is scheduled to take effect in August, would require bloggers to register with the government if their blogs receive more than 3,000 hits a day.

Registered bloggers would then be treated like mass media and required to certify the factual accuracy of the information in their blogs, but they wouldn't have the same protections and privileges as other journalists.

One of the leading sponsors of the law, Irina Yarovaya, made it clear what lawmakers are aiming for — an end to anonymity on the Internet in Russia.

"In principle, anonymity is always deception," she said in an interview earlier this year. "It's a wish to mislead someone. I can't see any reason to raise lying to [the status of] a human virtue or an understanding of what freedom is."

Signs Of A Media Crackdown Emerge In Russia

The law also gives the government new grounds to press charges against bloggers, including "defamation" and "inciting hatred."

"I can't incite hatred toward fascists, for example, or I can't criticize police officers," Martynov says. "I think anything that's published in a blog, that's not to the authorities' liking, can be used against the person who writes the blog."

Another provision of the law prohibits revealing information about citizens' homes and their personal or family lives. Critics say that provision could be used against anti-corruption bloggers who have revealed embarrassing details about undeclared bank accounts and luxurious homes owned by public officials.

Finally, Nosik notes that the law says that all email providers and social networks must store information about users, their posts and their email on servers in Russia.

"This is what Russian authorities traditionally request from local platforms, and they are always given that information," he says. "I doubt it strongly that Facebook, Twitter and YouTube, or other Google services will ever comply. And if they don't comply, they have to be blocked. That's what the law says."