Accessibility links
Russia's Energy Giant Turns Up The Heat On Ukraine : Parallels Gazprom, the energy company, has dramatically raised the price it charges Ukraine for natural gas. Despite its weak, ailing economy, Ukraine must now pay far more than any other Gazprom client. 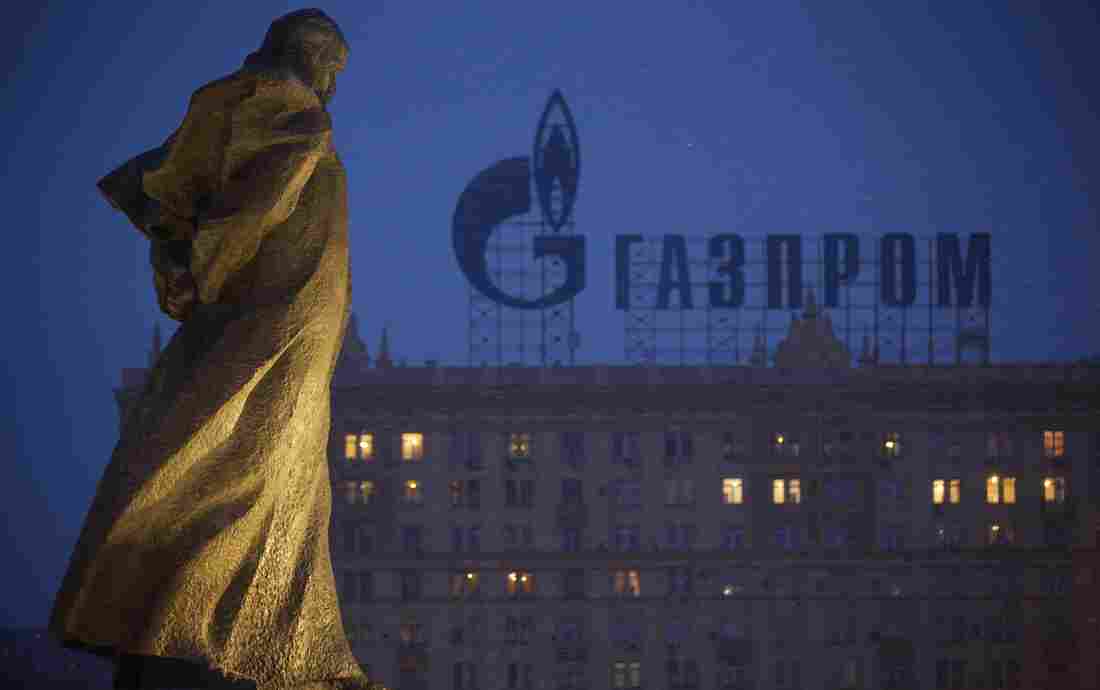 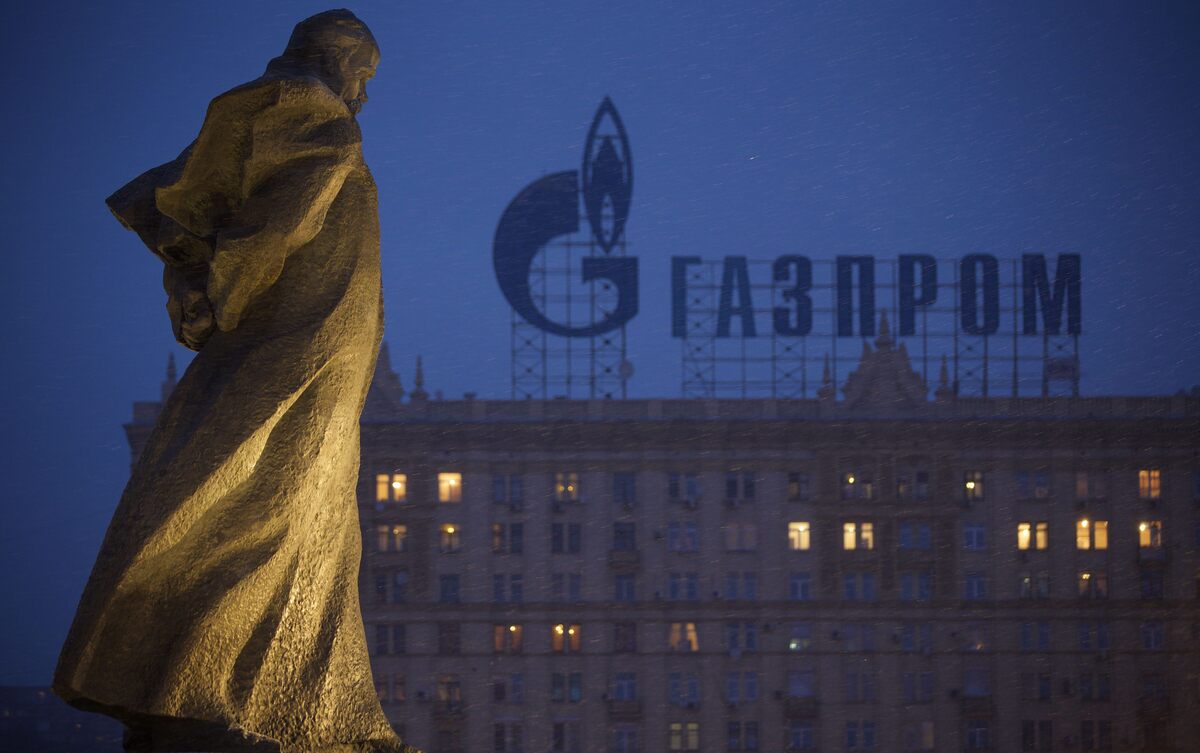 A monument to Ukrainian writer Taras Shevchenko is silhouetted against a sign advertising Russia's natural gas giant Gazprom in Moscow. Gazprom has dramatically increased the price it charges Ukraine in recent months.

If Russia was aiming to target one of Ukraine's vulnerabilities, natural gas would be the bull's-eye. Ukraine gets about 60 percent of its gas from Russia.

Clifford Gaddy, a Russia specialist at the Brookings Institution, says as the dispute between the two countries grows, Moscow is more willing to use natural gas as a weapon.

"The ways in which Russia can play with this gas lever, how it can use it, these are not things that they just think of from one day to the next," Gaddy says. "They've thought out the scenarios; they've gamed it all; they have fallback options; they're using it very tactically."

The largely state-owned Gazprom has been raising the cost of natural gas to Ukraine since February, when former pro-Russian President Viktor Yanukovych fled the country.

That's $100 more than Germany pays for the same unit, and more than any other Gazprom customer, says Kristine Berzina, an energy specialist with the German Marshall Fund in Brussels.

Gazprom did not respond to NPR queries about why Ukraine's price has gone up so sharply.

Berzina says there is no set price for natural gas.

One of the things that might outrage people is some of the money from the IMF is going to be used to pay Gazprom — quite a lot of it.

"Russia discounts gas for its friends but doesn't discount it for others. And the price could perhaps indicate how friendly you are with Russia at any given moment," she says.

Russia is also increasing the amount Ukraine owes in unpaid bills. In March, the total was put at $2 billion; this month, Gazprom officials say it's more than $3.5 billion. Now, the Russian energy company has handed the Kiev government an additional bill for more than $1.5 billion for natural gas, and has threatened to cut off supplies if Ukraine fails to pay by June 2.

David Dalton with the Economist Intelligence Unit in London says what Russia is demanding is a prepayment.

"That means any gas Ukrainians want, they will have to pay for before it arrives, which is the equivalent of saying: We're going to cut you off."

Dalton says if that happens, then Europe will be cut off, because the Ukrainians certainly will not let the gas pass through their country without keeping some of it.

Kiev says it's not willing to pay overdue bills for gas at exorbitant prices. But Berzina says even if there's less demand for natural gas now that the warmer weather is here, Ukraine is still in a precarious situation.

She says that next month, Ukraine needs to start filling up its natural gas storage for the winter in order to have the reserves on hand for when the weather actually does get cold later in the year.

"It would therefore be risky in many ways for Ukraine to undergo a shutoff or other disturbance already in June," she says.

Up to now, Ukraine did not have the money to pay Gazprom. But it did just receive more than $3 billion from the International Monetary Fund, the first installment of a $17 billion loan to help rebuild the economy. Dalton says Moscow may be expecting payment to come from that.

"One of the things that might outrage people is some of the money from the IMF is going to be used to pay Gazprom — quite a lot of it," Dalton says. Most of the first installment is going to pay Gazprom, he says.

Gaddy says if that happens, Western nations would be seen as sanctioning Russia for its behavior. Gazprom runs a risk if it cuts supplies because energy exports make up half of Russia's revenue. But Gaddy says Moscow isn't thinking about the money right now.

"It's part of a bigger conflict. This is not about the specifics of Ukraine's debts to Gazprom or about the terms of the contract or about whether or not the price is fair. This is all being used as pressure in this much bigger standoff between Russia and the West," Gaddy says.

He says for that reason, he expects Russia to continue ratcheting up the pressure on Ukraine.