Accessibility links
Nigerian Abductions Part Of A Terrible Pattern In African Conflicts : Parallels Africa's most notorious warlord, Joseph Kony, began mass abductions of schoolgirls in the 1980s. Since then, it has become a recurring feature in conflicts on the continent.

Nigerian Abductions Part Of A Terrible Pattern In African Conflicts

Nigerian Abductions Part Of A Terrible Pattern In African Conflicts 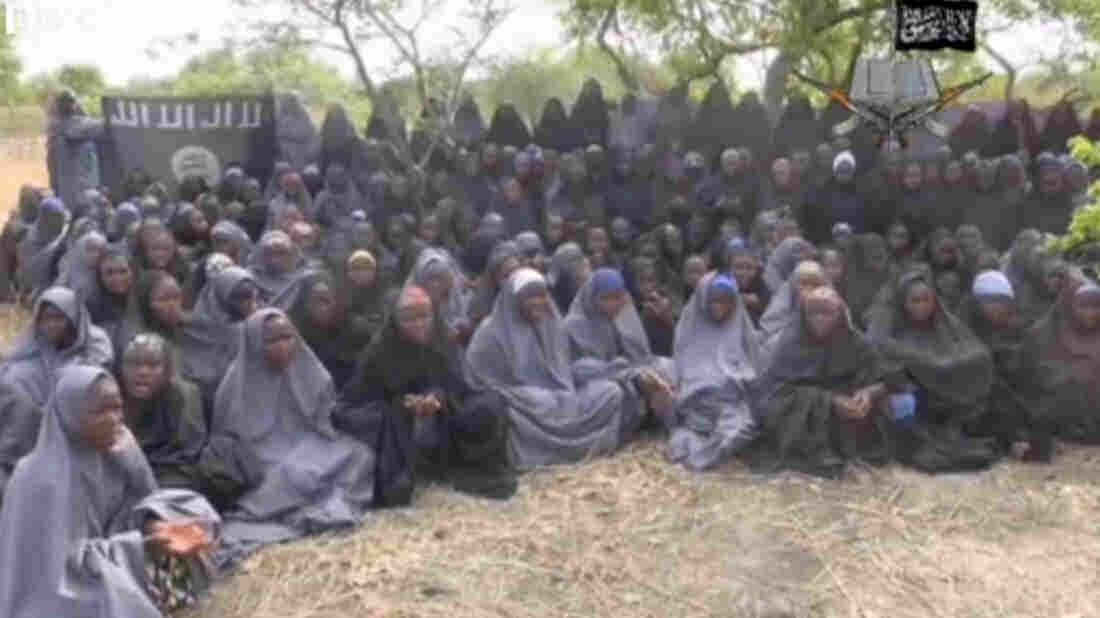 A still image taken from a video that the extremist group Boko Haram says is of more than 100 girls who were abducted from a Nigerian school last month. Rebel kidnappings of girls has become increasingly common in African conflicts. AFP/YouTube hide caption 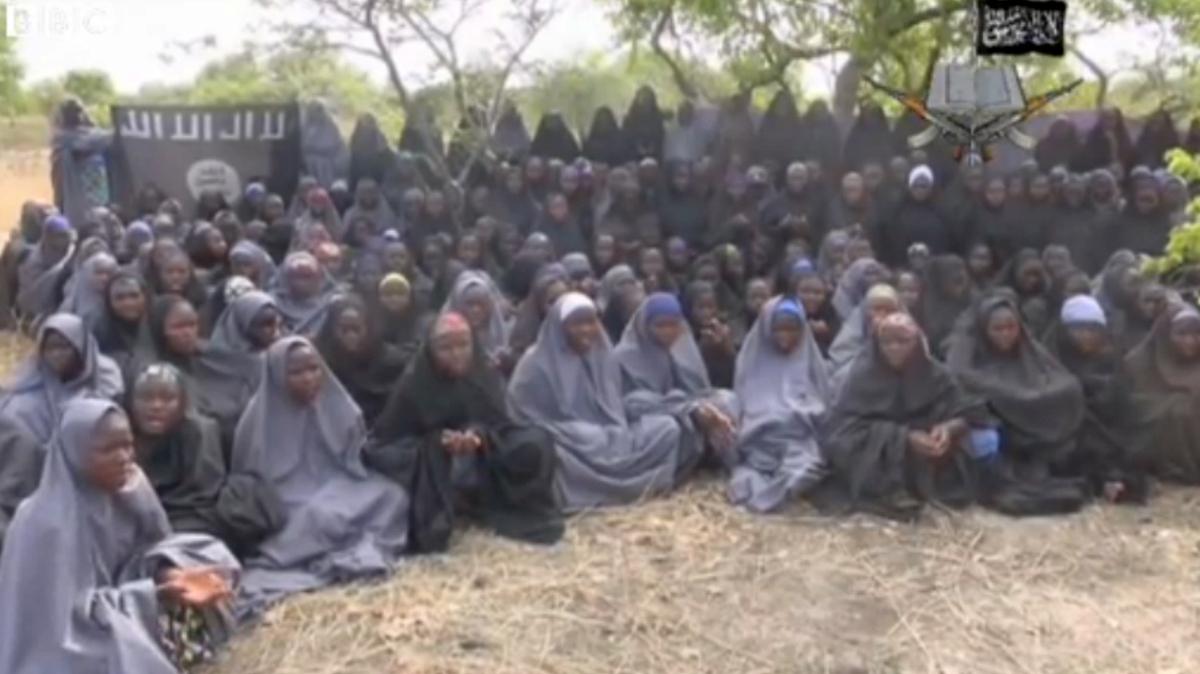 A still image taken from a video that the extremist group Boko Haram says is of more than 100 girls who were abducted from a Nigerian school last month. Rebel kidnappings of girls has become increasingly common in African conflicts.

The girls at St. Mary's slept uneasily that night. Rebels were rumored to be nearby and planning an attack. Calls for protection by school administrators to a nearby army outpost went unanswered.

By nightfall, all the girls "prayed to God and asked Him to take control of our lives," a 16-year-old would later tell a reporter. During the night, the girls heard boots. Then gunfire. Rough men's voices threatened to toss grenades through the dormitory windows if they didn't unlock the doors.

That night 139 girls, ages 11 to 16, were bound with ropes and carried off into the dense forest.

This was not last month in Nigeria.

It was October 1996 in Uganda. And these rebels weren't the radical Islamists known as Boko Haram. They were the Lord's Resistance Army, led by Joseph Kony.

Kony's group has abducted more than 30,000 Ugandan children, about half of them girls. Did Kony's long career as a child abductor help pave the way for other groups like Boko Haram?

U.S. Ambassador Samantha Power recently tweeted that "in abducting more than 200 girls, Boko Haram is mimicking one of the LRA's most monstrous tactics."

In abducting >200 girls, #BokoHaram is mimicking one of the #LRA's most monstrous tactics. Must do more to defeat both. #BringBackOurGirls

The same scenario has played out in the Democratic Republic of Congo, where rebels raid villages and carry off as many young girls as they can seize.

Likewise in the 1991-2002 civil war in Sierra Leone, where the phrase "bush wives" came to describe girls kidnapped by rebel fighters to serve as concubines.

None of these militias can claim to have invented a tactic as old as war itself, but these raids on girls and young women have become increasingly common in modern African guerrilla warfare.

Why do so many rebels on the continent engage in the mass abduction of young girls?

One reason is terrain.

"These people live in the bush, literally," says Chris Coulter, author of Bush Wives and Child Soldiers. "They need women as support staff. Someone has to cook, clean, and do all of the other chores that you need done."

It's not only about sex, she says, though sex is often an inescapable part of the girls' imprisonment. Kony ordered the abduction of children because his rebel army was losing popular support and he needed to replenish his fighting force. Boys aged 7 to 13 were abducted to be porters and soldiers-in-training. Girls were abducted to serve as domestic servants and "wives."

A second reason the practice persists is that rebel groups operate in remote regions forsaken by governments and state armies.

"When criminals like Joseph Kony are given impunity for 20-plus years, it makes a pretty strong case for others who want to abduct children that they can get away with it, too," says Stacey Yip, a spokesperson for Invisible Children, the group behind the Kony2012 viral video.

That why she thinks the #BringBackOurGirls and #kony2012 hashtags are so vital: they can keep up international pressure to hunt down and punish these groups. 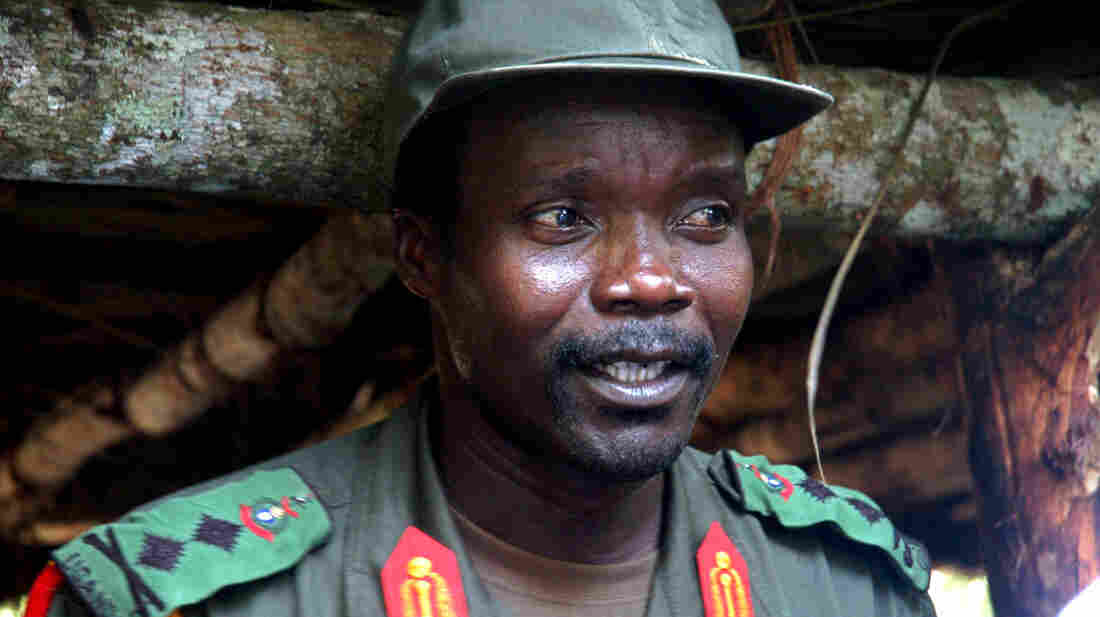 Joseph Kony, the Ugandan leader of the Lord's Resistance Army, is being pursued by U.S. special forces and African armies. His group has abducted an estimated 30,000 or more children since the 1980s, about half of them girls. STR/AP hide caption 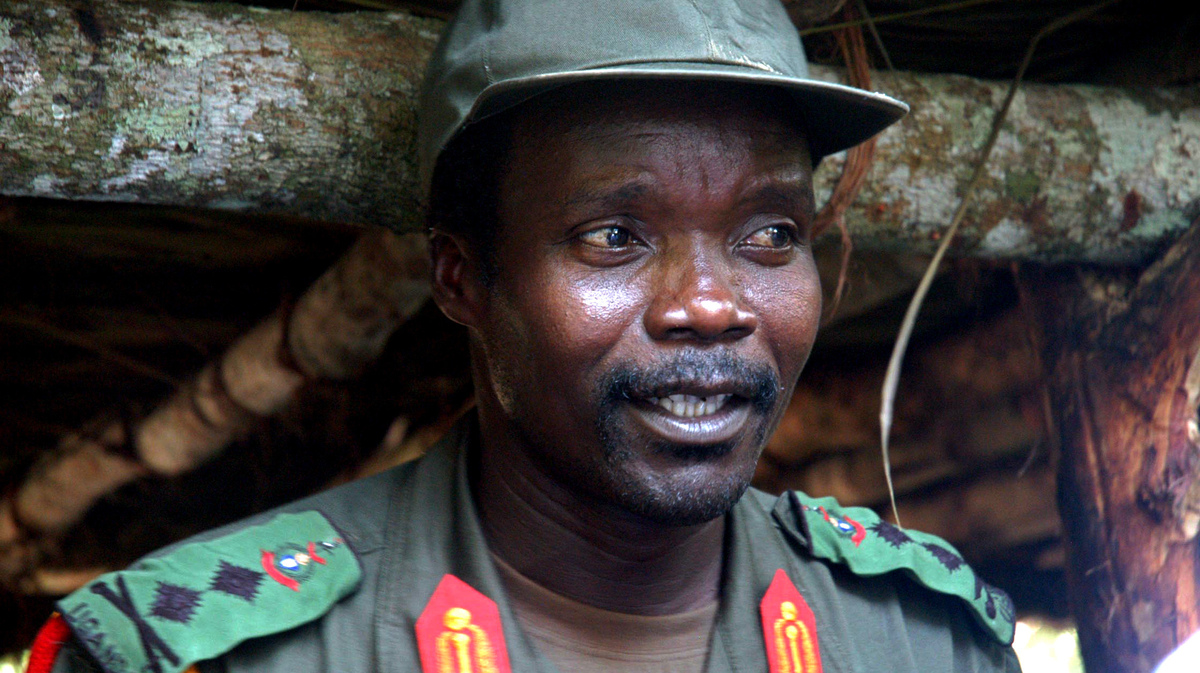 Joseph Kony, the Ugandan leader of the Lord's Resistance Army, is being pursued by U.S. special forces and African armies. His group has abducted an estimated 30,000 or more children since the 1980s, about half of them girls.

A third reason girls are targeted is due to their symbolic role as "vessels of virtue" in traditional societies, according to Lauren Wolfe, director of Women Under Siege, a journalism project on sexualized violence at the Women's Media Center in New York.

"Boko Haram has chosen a group — girls — that is historically vulnerable, yet whose members carry precious undertones about the purity of most societies," she wrote in a recent column in Foreign Policy. "It is targeting society's most defenseless and fetishized."

Wolfe's column takes up the question, posed recently by pundits, as to why the media was "ignoring" the abduction of 276 girls in Nigeria.

On the contrary, she argues, the case has "gotten more attention than any single case of girls abducted in armed conflict in recent memory." Far more, she notes, than the thousands of girls who are regularly kidnapped or sold into slavery in the dark corners of the world. "Why," she instead wonders, "are we only now outraged?"

The answer she arrives at, almost to her own surprise, is numerical.

"The kidnapping of so many schoolgirls at once has upped the ante," she wrote. Kidnap a few girls at a time in a conflict zone and the world barely blinks. But abduct a large number and the world springs to attention.

Joseph Kony Is Back In The News. Do Teenagers Still Care?

The Fate Of The Ugandan Girls

Consider what happened in October 1996 when those 139 schoolgirls from St. Mary's were led away into the night by LRA rebels.

Of that group, 109 were almost immediately released, unharmed, after a brave Italian headmistress followed them into the forest to negotiate on their behalf. Thirty girls were not so lucky. The rebels picked out these "light-skinned and beautiful girls," reported the Ugandan newspaper The Monitor, and kept them as a "gift" for their commander, Joseph Kony.

The raid on St. Mary's wasn't Kony's first raid on a girls' school. That happened in 1987, when the LRA abducted 44 students at Sacred Heart Girls Secondary School, most of them never heard from again.

In the intervening decade, thousands more children were taken, with no effective response from the Ugandan government.

By 1996, Ugandans in cities in the educated south of the country had become inured to stories of the savage deeds perpetrated by the LRA in the neglected north.

The St. Mary's abduction changed all that.

"It was shocking," remembers Dr. Frederick Golooba-Mutebi, a Ugandan columnist. "There had been an accumulation [of other kidnappings] that went unnoticed, but the abduction of such a large number of young girls from a school — that had an important impact on public opinion."

He credits the abduction at St. Mary's with galvanizing Ugandan society.

"It came to our attention that the LRA was not just waging a war against the government, but waging a war, in a sense, against its own community," Golooba-Mutebi says.

On The International Agenda

Author Chris Coulter says that the mass abduction "raised the agenda on a policy level" about the "plight of girls in conflict zones."

Now, she says, when donor groups prepare strategies on dealing with post-conflict countries, "girls will be the number one target group."

That single schoolhouse raid helped set in motion the forces that would ultimately curtail the LRA's reign of terror. Today, Joseph Kony's whereabouts are not known, though he may be ill and hiding out in a forest of southern Sudan with just a fragment of his former force.

Perhaps the Nigerian abductions will spell a similar fate for Boko Haram.

But Boko Haram's leader, Abubakar Shekau, has another reason to attack girls' schools: he wants to end all girls' education. His aim is to be taken seriously under the banner of radical Islam.

Unlike Joseph Kony, who seemed to have stumbled into the hornet's nest of global outrage at least somewhat unwittingly, Shekau marched in purposely and with YouTube videos. He's inspired a backlash and more than three million hits on the hashtag #BringBackOurGirls. But he does seem to be basking in the attention — at least for now.