Accessibility links
Global Parenting Habits That Haven't Caught On In The U.S. : Parallels In Japan, kids under 10 take the subway alone. In Latin countries, they stay up until all hours. In Vietnam, mothers train kids to pee on command and take away the diapers before they turn 1. 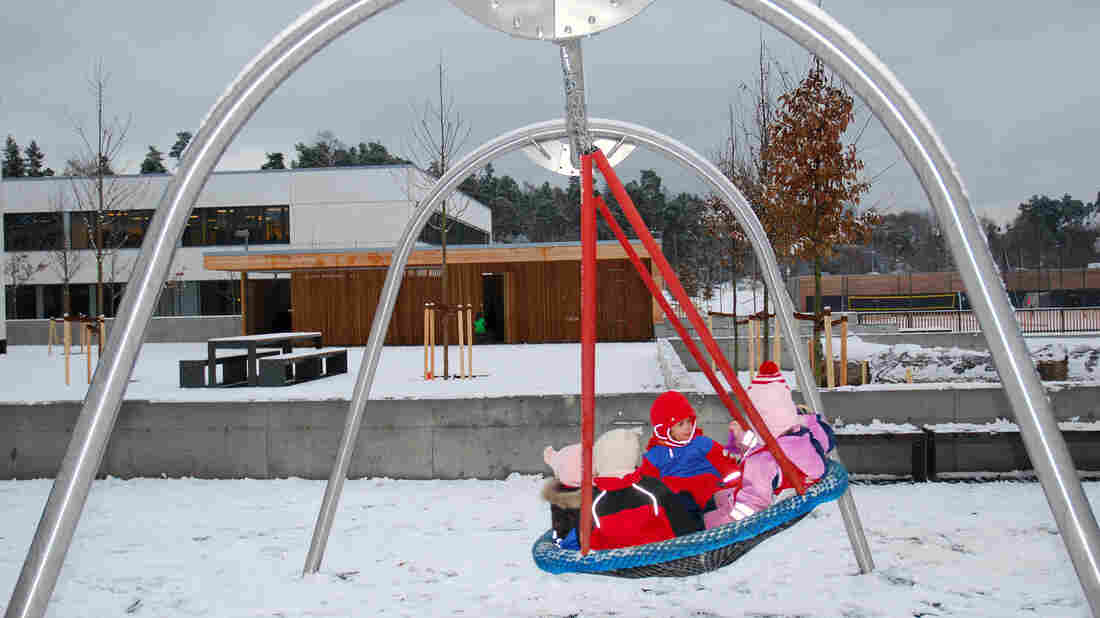 Children play outside at a day care center in Norway. Kids play outdoors, and take naps, even when it's extremely cold. Alf Magne Andreassen/Flickr hide caption 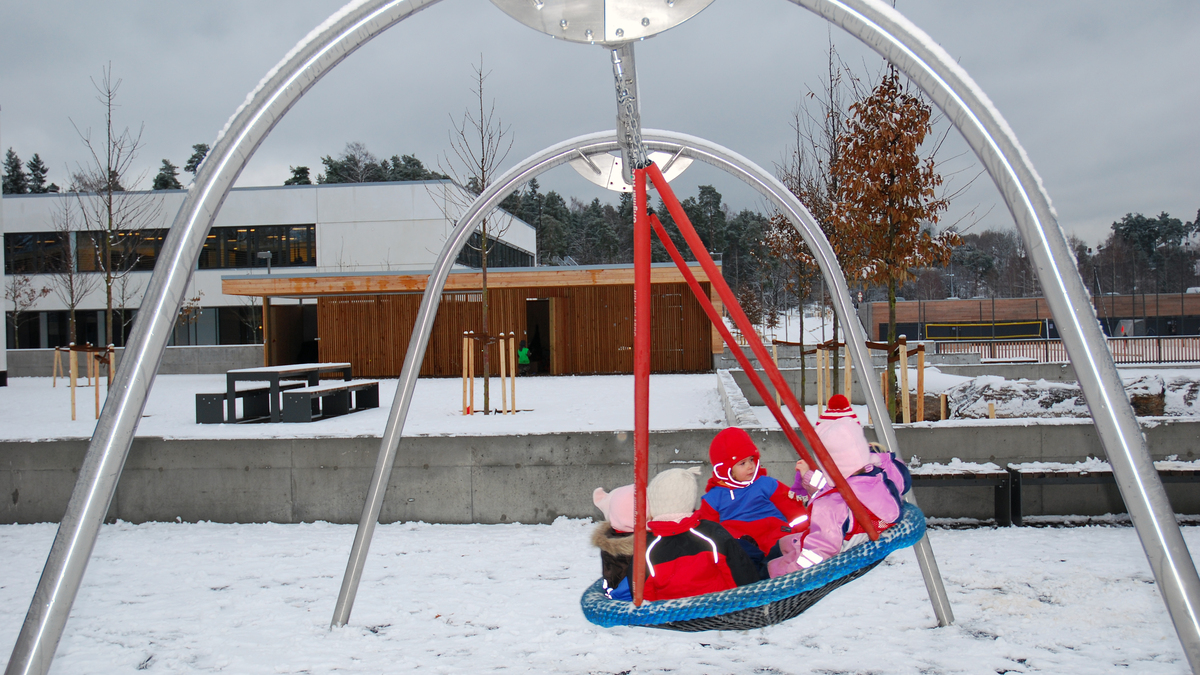 Children play outside at a day care center in Norway. Kids play outdoors, and take naps, even when it's extremely cold.

If there's one thing Tiger Mothers have in common with those bringing up Bébé, it's that they both show us just how varied parenting styles can be.

Argentine parents let their kids stay up until all hours; Japanese parents let 7-year-olds ride the subway by themselves; and Danish parents leave their kids sleeping in a stroller on the curb while they go inside to shop or eat.

Some global parenting styles might make American parents cringe, but others sure could use a close study. Vietnamese mothers, for instance, get their kids out of diapers by 9 months.

Read on for a sampling of parenting lessons from around the world:

1. In Norway, kids nap outside even in subzero temperatures

In Norway, childhood is very institutionalized. When a kid turns 1 year old, he or she starts going to Barnehage (Norwegian for "children's garden"), which is basically state-subsidized day care.

Parents pay a few hundred dollars a month and their kids are taken care of from 8 a.m. to 5 p.m. Toddlers spend a ton of time outside at Barnehage, even in extremely cold temperatures. It's not uncommon to see kids bundled up outside during a Scandinavian winter, taking a nap in their strollers.

Even with the obvious benefits provided by the government in Norway, some parents complain about the lack of creativity in people's approaches to parenting.

One American mother adjusting to raising kids in Norway wrote:

"There's a sense that there's just one right way to do things. And everyone does it that way. In America there are different parenting styles — co-sleeping, attachment parenting, etc. Here there is just one way, more or less: all kids go to bed at 7, all attend the same style of preschool, all wear boots, all eat the same lunch ... that's the Norwegian way."

Here's a good one. In Vietnam, mom and dads teach their babies to pee at the sound of a whistle. Kind of like Pavlov with his salivating dogs. Except this is moms and dads with peeing babies. The Chinese do it too, apparently. Parents start by noticing when their baby starts peeing and making a little whistle sound. Soon enough, the baby starts to associate the whistle with peeing and voila!

Think this sounds a little odd? Or a little like someone is conflating a kid with a pet schnauzer? Well, researchers say Vietnamese babies are usually out of diapers by 9 months. What do you think now?

3. Traditionally, Kisii people in Kenya avoid looking their babies in the eye

Kisii, or Gussii, moms in Kenya carry their babies everywhere, but they don't indulge a baby's cooing. Rather, when their babies start babbling, moms avert their eyes.

It's likely to sound harsh to a Western sensibility, but within the context of Kisii culture, it makes more sense. Eye contact is an act bestowed with a lot of power. It's like saying, "You're in charge," which isn't the message parents want to send their kids. Researchers say Kisii kids are less attention-seeking as a result. 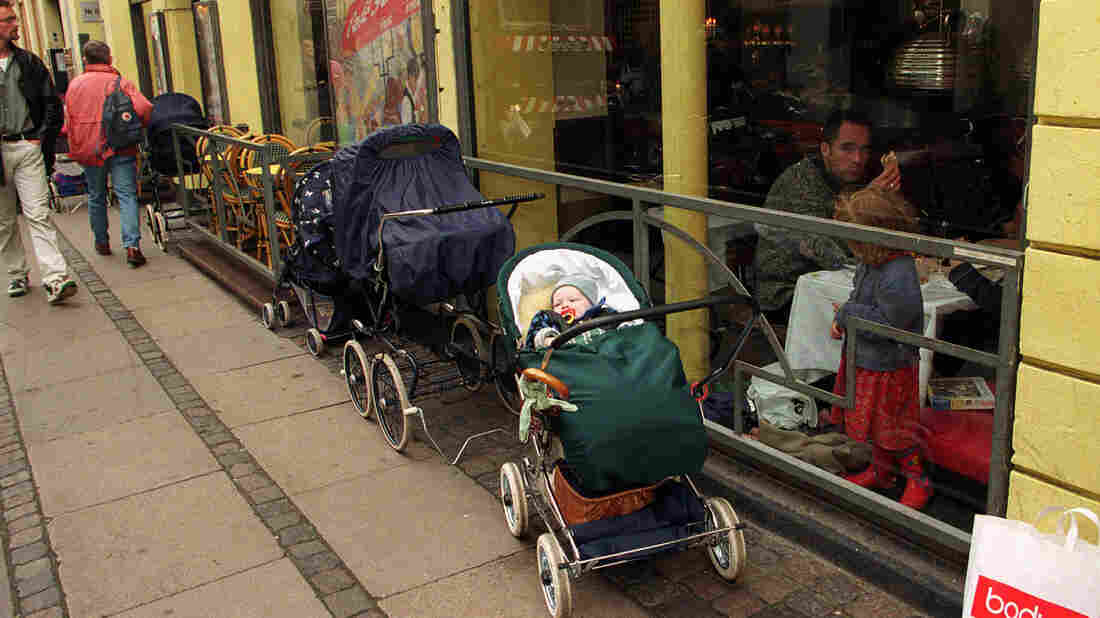 Babies in their strollers are parked outside a cafe in Copenhagen, a common sight in Denmark. Bjoern Kaehler/AP hide caption

4. Danish parents leave their kids on the curb while they go shopping

In Denmark, writes Mei-Ling Hopgood in How Eskimos Keep Their Babies Warm, "children are frequently left outside to get frisk luft, or fresh air — something parents think is essential for health and hearty development — while caregivers dine and shop."

As you might imagine, this idea sends shivers down the spines of many parents in the United States. In New York, a couple (one of whom was Danish) was arrested for leaving their child outside a BBQ restaurant while they went inside to eat.

"I was just in Denmark and that's exactly what they do," Mariom Adler, a New Yorker out walking with her 2-year-old son, told the New York Times. "We would see babies all over unattended. We were stunned, frankly. But Denmark also struck us as exceptionally civilized."

5. In the Polynesian Islands, children take care of children

Hopgood writes in her book that adults take the lead in caring for babies in Polynesia, but as soon as a child can walk, he or she is turned over to the care of other children.

"Preschool-aged children learned to calm babies," she wrote, "and toddlers became self-reliant because they were taught that that was the only way they could hang out with the big kids."

Jane and James Ritchie, a husband-and-wife anthropology team, observed a similar phenomenon over decades in New Zealand and the Polynesian Islands. But they don't think it would fly in the United States.

"Indeed in Western societies, the degree of child caretaking that seems to apply in most of Polynesia would probably be regarded as child neglect and viewed with some horror," they wrote in Growing Up in Polynesia. 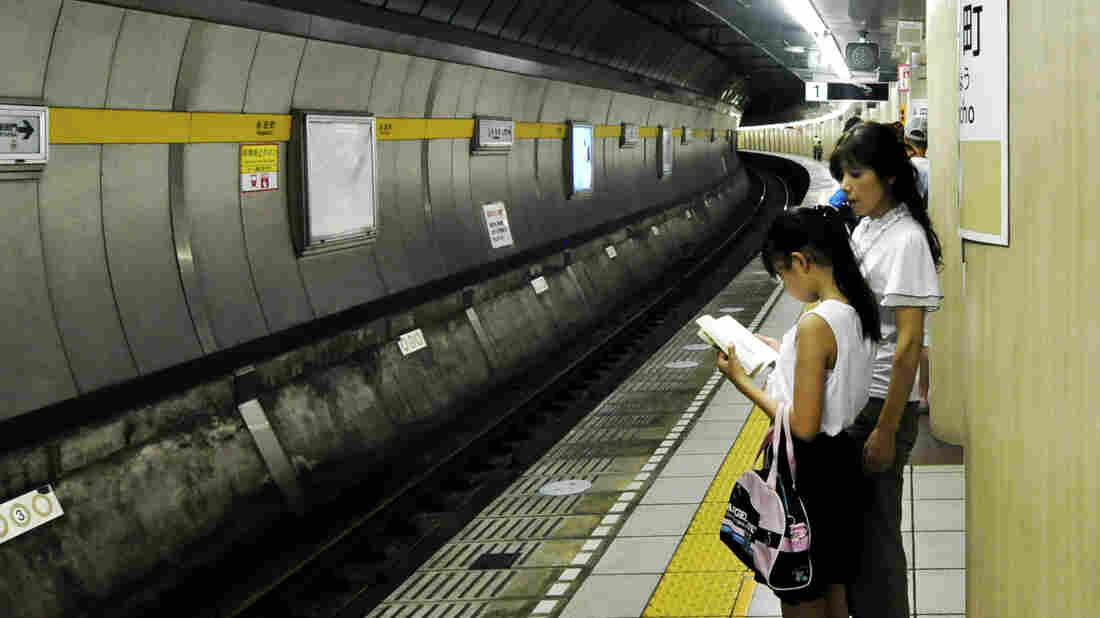 A child waits for the subway to arrive in Tokyo. Kids under 10 are often allowed to take the train by themselves. estudiante/Flickr hide caption 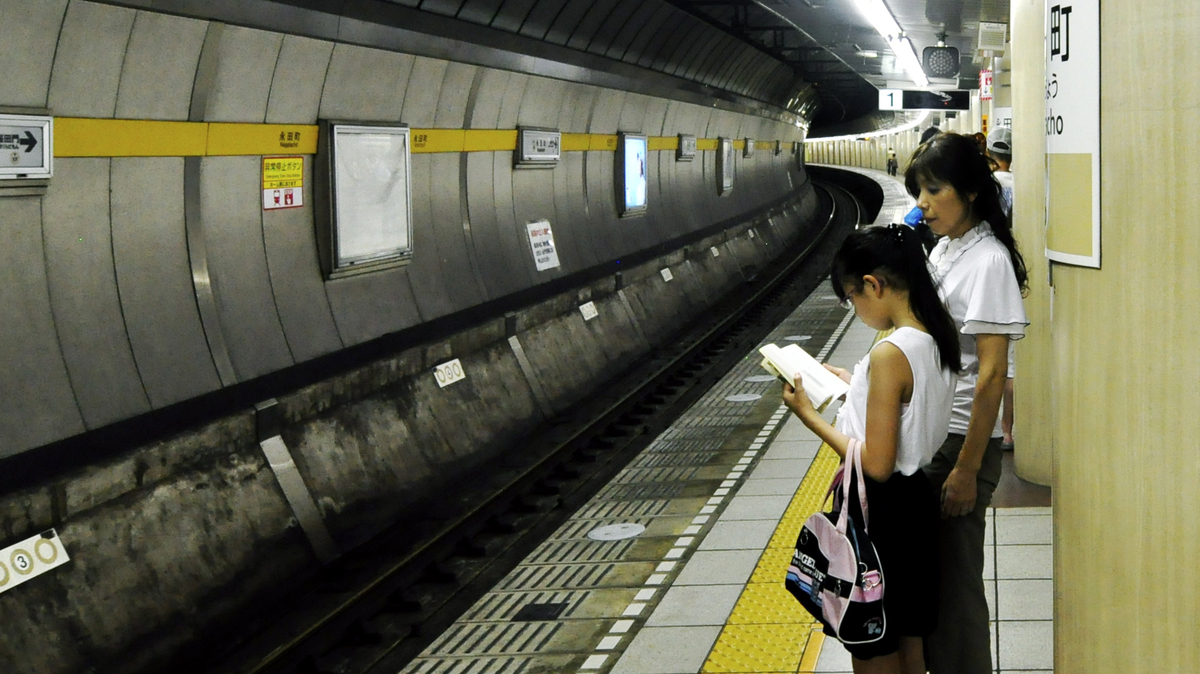 A child waits for the subway to arrive in Tokyo. Kids under 10 are often allowed to take the train by themselves.

6. Japanese parents let their kids go out by themselves

Parents in Japan allow their kids a lot of independence after a certain age. It isn't uncommon for 7-year-olds and even 4-year-olds to ride the subway by themselves.

Christine Gross-Loh, author of Parenting Without Borders, lives in Japan for part of each year, and when she's there she lets her kids run errands without her, taking the subway and wandering around town as they may. But she wouldn't dare do the same back in the United States.

"If I let them out on their own like that in the U.S., I wouldn't just get strange looks," she told TED. "Somebody would call Child Protective Services."

Spanish families are focused on the social and interpersonal aspects of child development, according to Sara Harkness, a professor in the Department of Human Development and Family Studies at the University of Connecticut.

The idea of a child going to bed at 6:30 p.m. is totally alien to Spanish parents, Harkness told TED.

"They were horrified at the concept," she said. "Their kids were going to bed at 10 p.m." so they could participate in family life in the evenings. The same is true in Argentina, according to Hopgood.

8. Aka pygmy fathers win the award

For the Aka people in central Africa, the male and female roles are virtually interchangeable. While the women hunt, the men mind the children. And vice versa.

Therein lies the rub, according to professor Barry Hewlett, an American anthropologist. "There's a level of flexibility that's virtually unknown in our society," Hewlett told The Guardian. "Aka fathers will slip into roles usually occupied by mothers without a second thought and without, more importantly, any loss of status — there's no stigma involved in the different jobs."

This flexibility, apparently, extends to men suckling their children. Ever wonder why men have nipples? That's why. 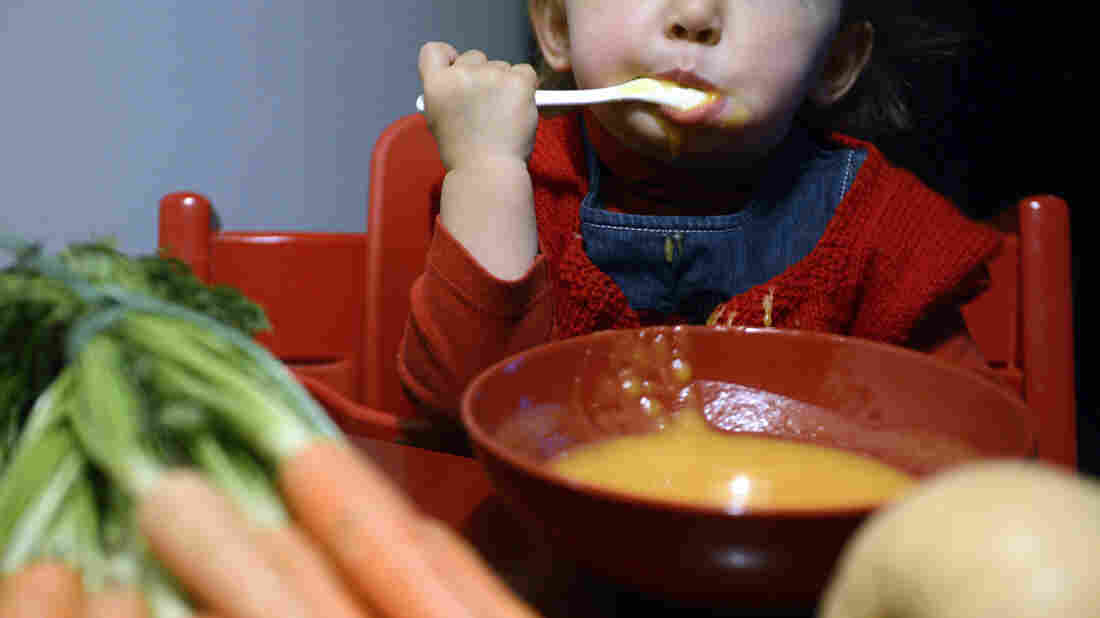 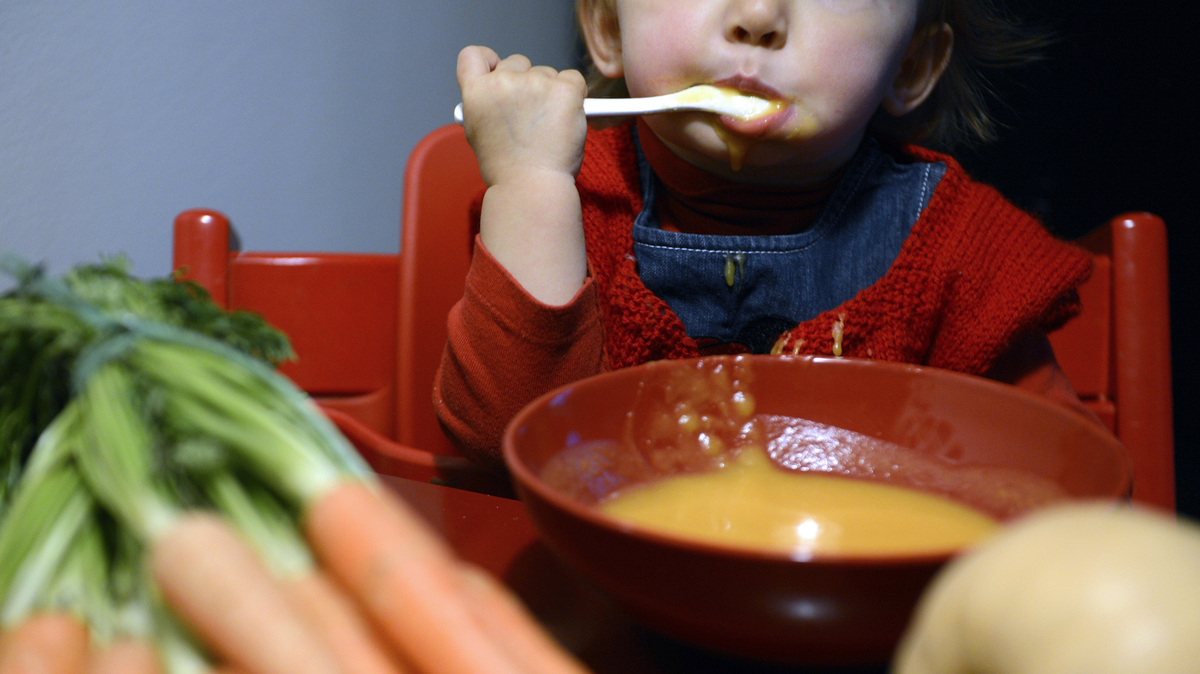 A child eats vegetable soup in Lyon, France. Many French parents expect their kids to eat sophisticated adult dishes at a young age.

Set mealtimes; no snacking whatsoever; the expectation that if you try something enough times, you'll like it. These are among the "food rules" in France that are taken as given. The result is French kids who eat what adults eat, from foie gras to stinky cheese. Tell that to my nephew.

Editor's note on Aug. 26: GlobalPost is one of several news outlets that provide content to NPR.org. While producing this story, GlobalPost neglected to give credit to Cracked.com for its earlier reporting and included a subhead — "Vietnamese moms train their babies to pee on command" — that was identical to a line written by Cracked.com. That subhead has been rewritten.