Accessibility links
Young Indians And Pakistanis Rewrite Their Shared History : Parallels When students from the two countries met in the U.S., they were surprised at how different their history lessons had been at home. So they put together a narrative that offers both versions. 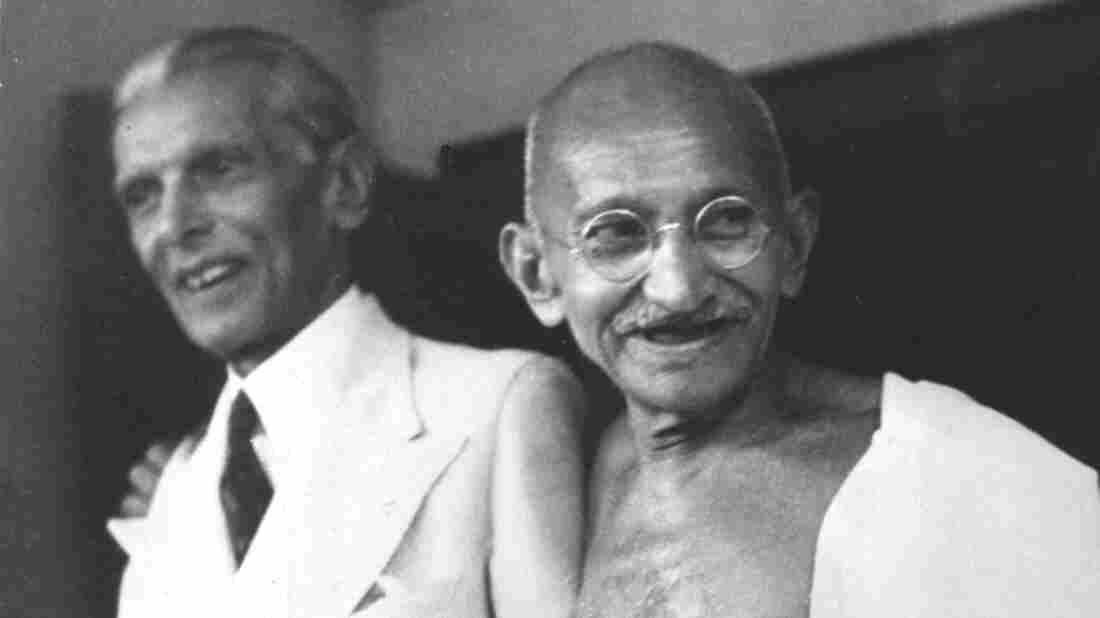 Mohandas Gandhi poses with Muhammad Ali Jinnah, the founder of Pakistan, in 1944, in what was then Bombay. The two countries have been rivals for decades, and students from the two countries have jointly published an online project comparing the different narratives. AP hide caption 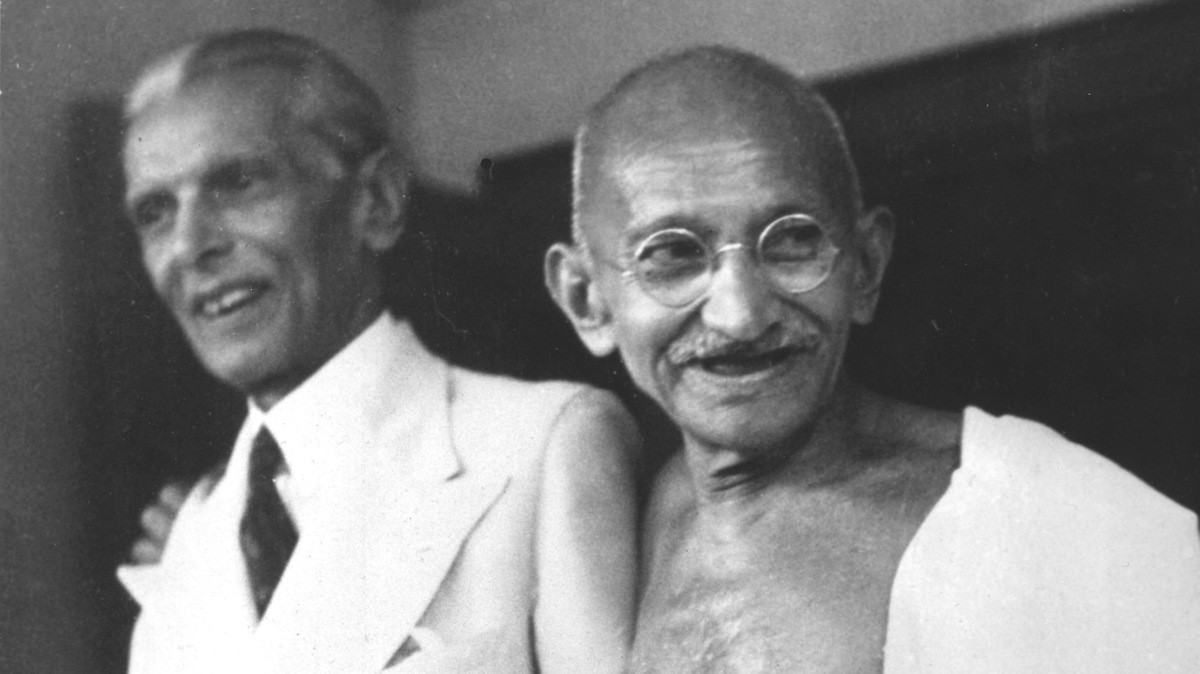 When Britain ended its colonial rule in 1947, splitting the Asian subcontinent into two countries, India and Pakistan, it wasn't just the land that was divided. The two new states quickly came up with very different narratives, with each blaming the other throughout the decades of contentious relations that have followed.

Accounts of major events have diverged widely on questions like who's to blame for the three wars they've fought. Prominent figures who are heroes in one country are villains in the other.

"Most people don't get to meet somebody from the other side," says Qasim Aslam, 27, a Pakistani who started The History Project in 2013 as a way to bring together "conflicting versions of a shared past."

"It's kind of frustrating," Aslam says. "People hate others without really knowing them."

Aslam and co-founder Ayyaz Ahmad, who is also Pakistani, together with a team from both sides of the border, released the first part of the project last year.

They are updating the online version and releasing a textbook this September. The project looks at many major issues, as well as six key personalities, and provides side-by-side descriptions of how the issues and individuals are portrayed in both countries.

Mohandas Gandhi is one of those figures, and the differences are stark.

According to the Indian account from the book, "Of all the people, Gandhi ji, who at all times, had tried to preserve the unity of India, was shattered and heart-broken. The communal carnage that broke out even after the Partition made the situation unbearable."

In this version, his name is followed by the Hindi suffix "ji," signaling the respect and reverence that surrounds Gandhi. He is portrayed as a man who did his best to prevent tensions from boiling over, but tragically failed as Indians and Pakistanis waged their first war at independence in 1947.

In the Pakistani excerpt, "Gandhi did his best to prove India as one nation and nationality so that he could claim to represent the Indian people alone ... Gandhi insisted that there was only one nation in India which were the Hindus." 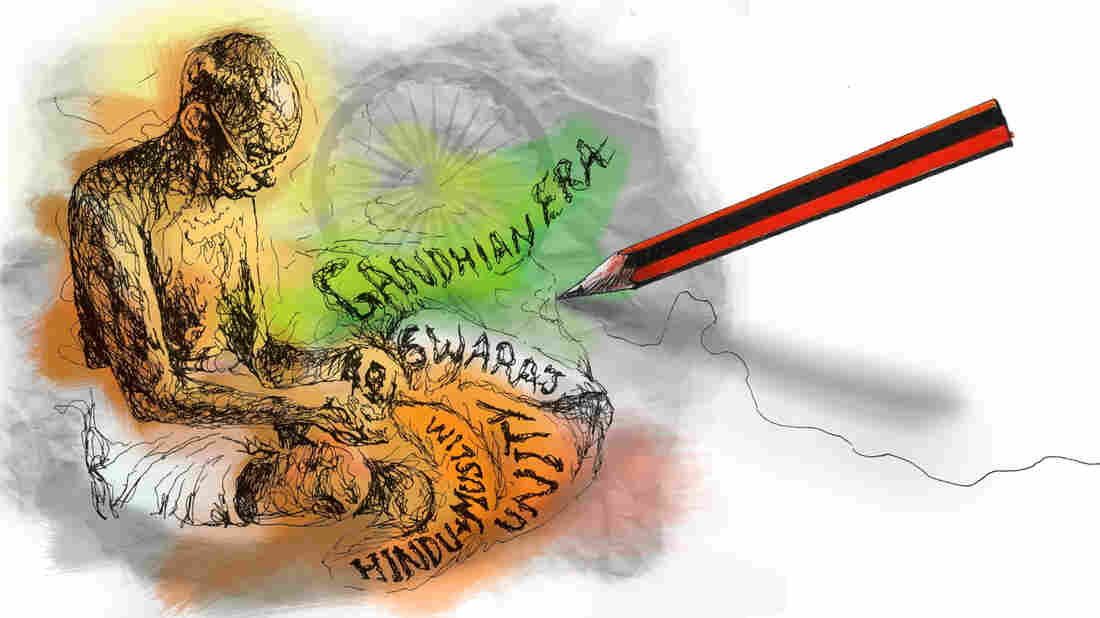 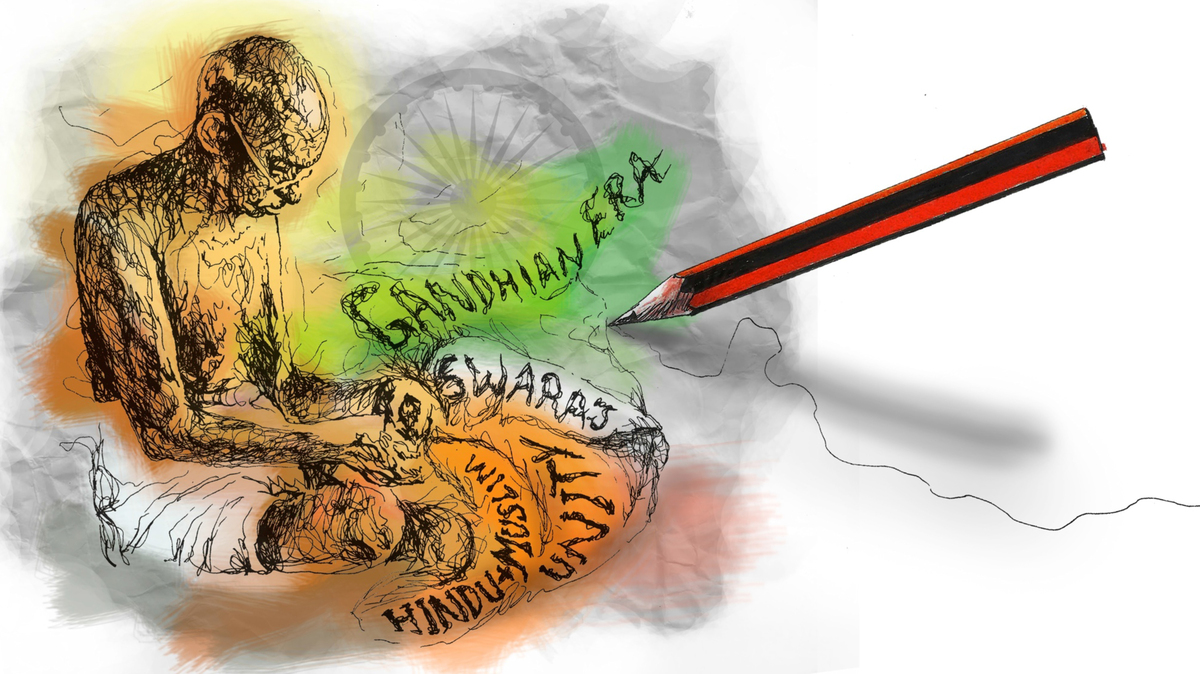 The History Project illustrates differences between Indian and Pakistani perceptions of Gandhi.

In this telling, Gandhi (no "ji" here) is a man who had an exclusionary vision of India in mind, one that Muslims just could not live with. He was "stubborn and childish," Aslam quotes from the book, and has an anti-minority reputation.

When it comes to Muhammad Ali Jinnah, the father and founder of the Pakistani nation, the accounts totally flip.

Jinnah is the one who is revered. His propensity for alcohol and his casual attitude toward prayer were conveniently omitted in Pakistani textbooks, Aslam says.

Instead, he's a man who fought against Hindu hegemony to liberate the Muslim people. He was a champion of self-determination.

Meanwhile, in India, Jinnah is portrayed as a power-hungry politician, who wanted to rule a nation so badly that he made his own, Aslam says. Some school kids Aslam spoke to in India compared Jinnah to Voldemort. 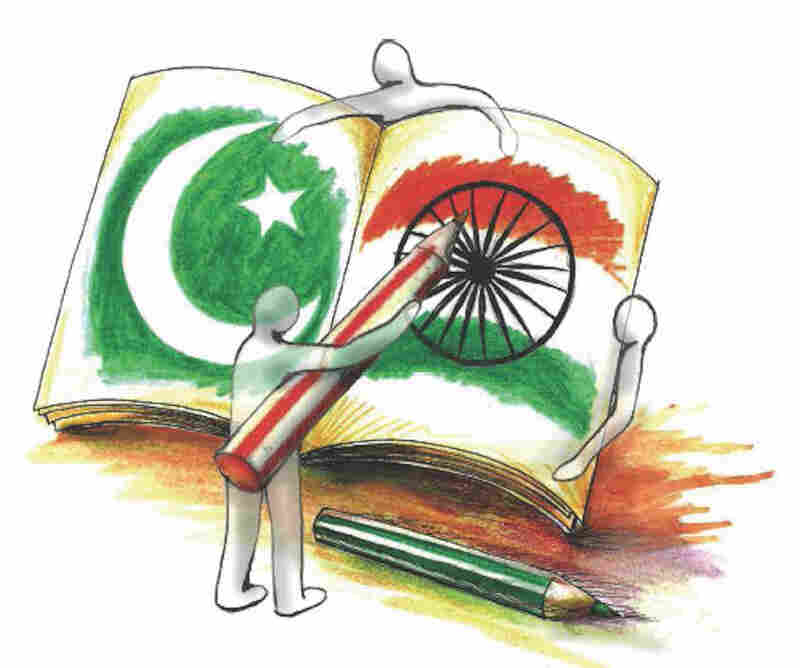 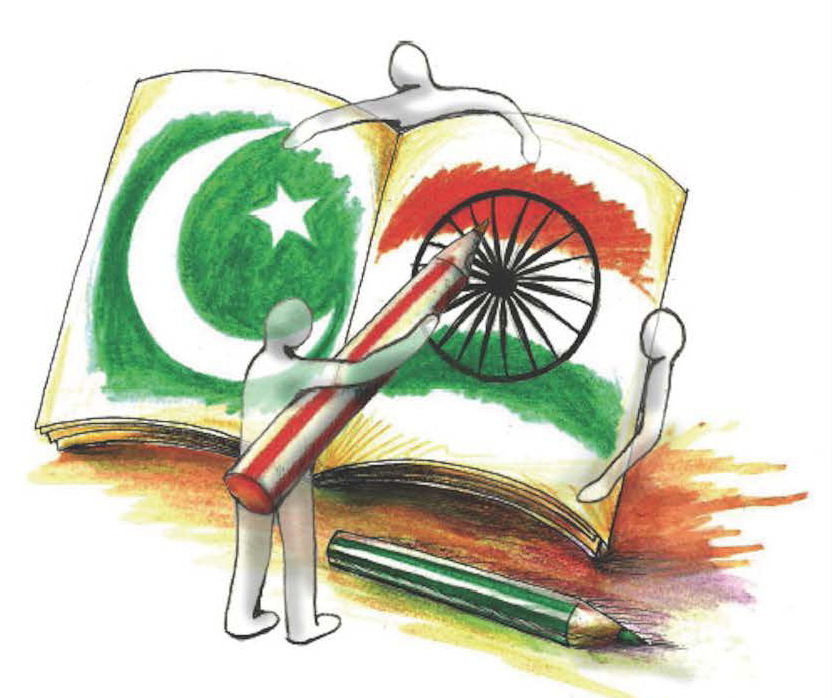 The authors don't attempt to reconcile the differing accounts of the individuals and the issues, but they do provide questions for the reader to think about.

When Indian and Pakistani kids are growing up, they are "given a narrative and asked to regurgitate it," Aslam says, adding that the project's purpose is to have them question what they learn.

Aslam and others questioned their own beliefs at an annual Seeds of Peace camp in Maine in 2001.

The camp was started by journalist John Wallach in 1993 and brings together teenagers from countries on opposite sides of a conflict, like Israelis and Palestinians.

In this case, Indians and Pakistanis came face to face. At first, tempers soared. But when the voices calmed down, the kids looked at their counterparts from the other side of the border and saw some of their own biases. Their friendships sustained the heat of the arguments, and several years later The History Project was born.

Along with the new book, the project aims to use humor and social media tools to engage young people with their history, Aslam says. The creators hope that the project transcends South Asian geography. They've already been asked to speak at various college campuses in the U.S., but Aslam wants to expand the project to 10 more countries in five years.

It hasn't all been smooth, though.

The governments have been "very cagey about it — as soon as we start sniffing around," Aslam says. "We're going to make them [the books] so interesting that kids are going to pick them up themselves."