Accessibility links
It's Not Whisky, But Everyone In Scotland Drinks It By The Bottle : Parallels Irn Bru is a neon orange soda that inspires passion and may help explain the strong independent streak in Scotland as it prepares to vote Sept. 18 on whether to break away from the United Kingdom. 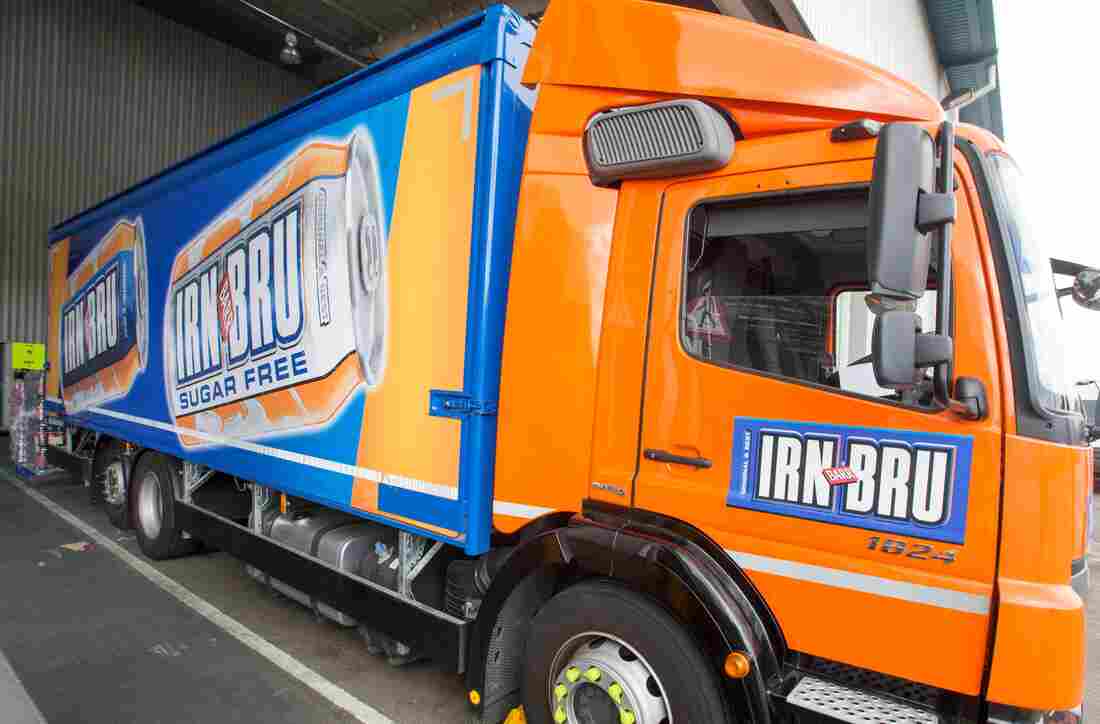 Irn Bru is a hugely popular Scottish soda that may even outsell Coca-Cola in Scotland. It also symbolizes local pride in a place that will vote on whether to break away from the United Kingdom next month. Courtesy of Irn Bru hide caption 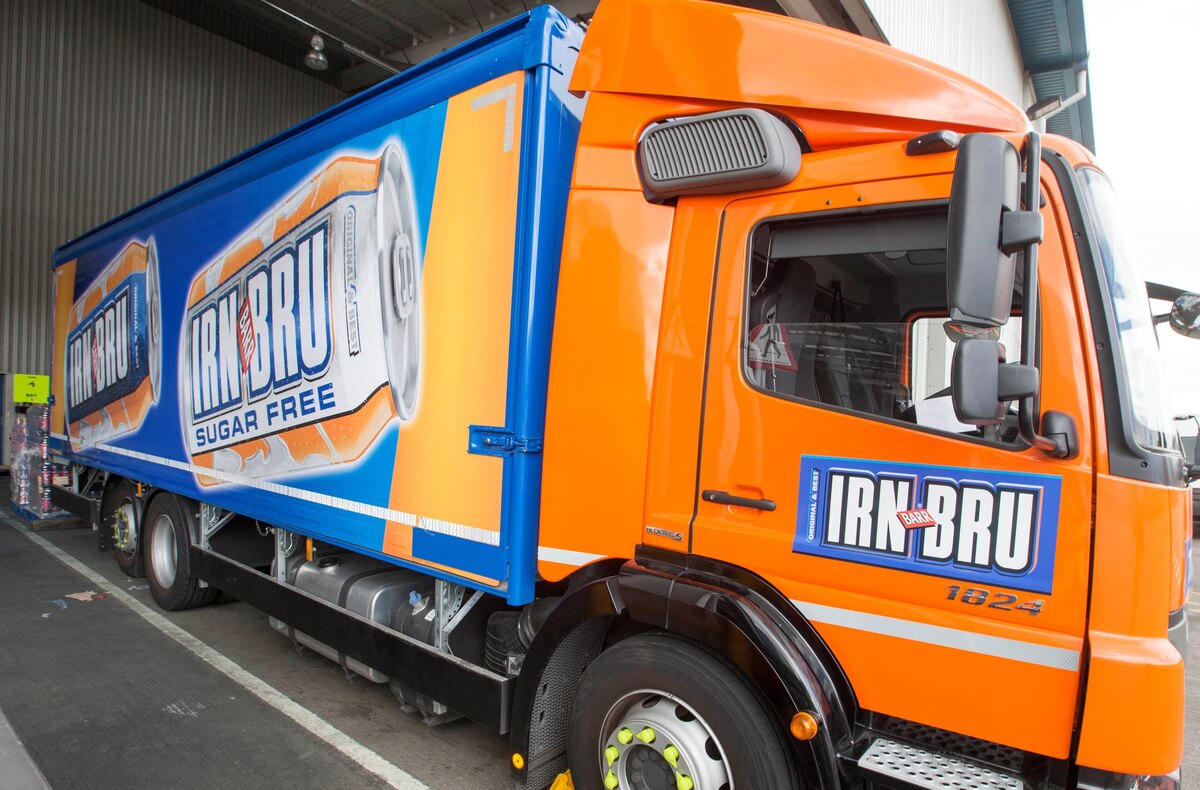 Irn Bru is a hugely popular Scottish soda that may even outsell Coca-Cola in Scotland. It also symbolizes local pride in a place that will vote on whether to break away from the United Kingdom next month.

For a visitor to Scotland, it can be difficult to understand the local passion for a neon orange soda that locals call "the brew." The drink is Irn Bru (pronounced "iron brew").

You can find it from McDonald's to corner stores and pubs across Scotland. It is such a powerful force that it may even outsell Coca-Cola here — making it one of the few places on the globe where Coke isn't the leading brand.

"This stuff runs in my blood," says Chris Young, as he walks through downtown Glasgow carrying a bottle.

Perhaps he's not a fair sample, though, since he is actually drinking the stuff. The woman with him, Gayle Fergus, has no such bottle. So is she as devoted a fan?

This seems impossible, given that her buddy claims the soda courses through his veins. But she insists.

Scotland's Independence Vote And The Fate Of Britain's Nuclear Subs

"I've got the pens, I've got the merchandise as well." Fergus even speaks longingly of Irn Bru kilts, in bright orange and blue.

These people are not outliers. Even the first person we stop at random on a Glasgow street professes a seemingly unnatural passion for the brew.

"For my wedding toast, I had Irn Bru in champagne glasses instead of champagne," says Laura Calgie.

For the sake of journalistic integrity, it's important to confirm that she has no family connection to the company. She insists she does not, then pauses.

"I was brought up about 10 minutes away from the factory, so maybe they put something in the water," she says.

As Scots prepare to vote on independence next month, the fizzy fervor for this fluorescent fluid may offer some insights into Scottish nationalistic tendencies. When asked why they're so crazy for this Scottish soda, people most often reply, "Because it's Scottish."

"We're proud of what we have. That's why it outsells Coca-Cola," says Fergus. "Because we're so proud of our own products."

At a nearby old-fashioned candy store, shop worker Agnes Plunkett has shelves of Irn Bru-flavored sweets, from sticky taffy to translucent lollipops. Though since these are not officially licensed products, they're spelled "Iron Brew."

"This is the chews. This is Iron Brew humbugs. Orange flavored as well, orange colored," she says, walking down the shelf of candies. Every thing Iron Brew flavored is a great seller, she says. "Very popular."

Plunkett lets a visitor sample one of the hard candies. It starts out sweet, followed by a burst of acidity. And, of course, it's bright orange. 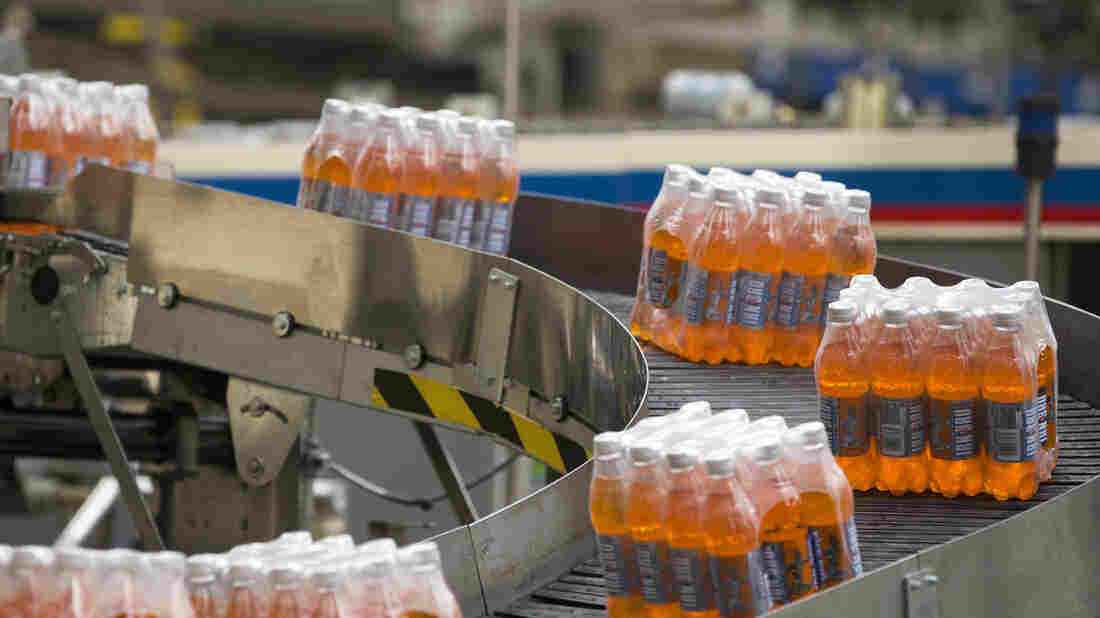 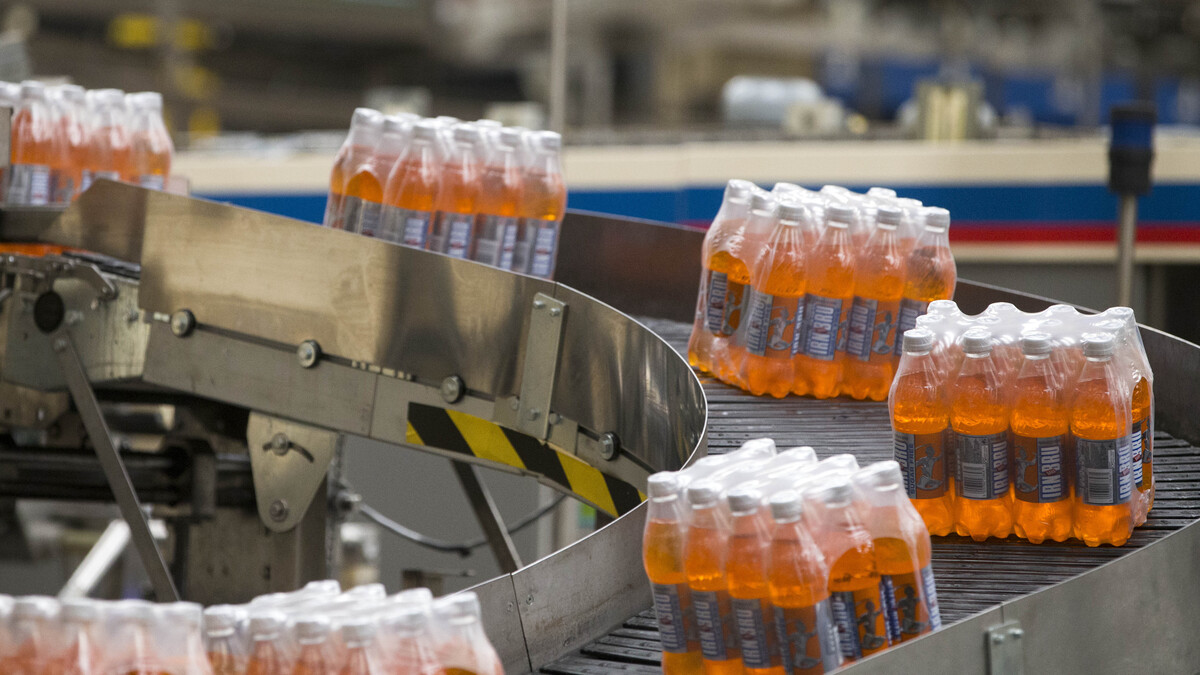 Much of the world treats Scottish icons as kitsch. Kilts. Haggis. Bagpipes. But for Scots, these are potent symbols of national pride. One of Irn Bru's advertising slogans is "Made in Scotland, from girders." Girders, as in the steel beams that hold up buildings.

"People call Irn Bru Scotland's other national drink, after whisky," says Sara Grady of the market research firm Datamonitor Consumer. "Whereas I think Coke prides itself on being a brand that's the same all over the world, Irn Bru appeals to people because it's so Scottish."

Grady explains that she's English, "and so everything I see of English culture, we're kind of shy about it. Whereas they're just loud and proud."

"In some ways, I guess you could say that while Coca-Cola embodies the American dream, Irn Bru could be the Scottish version of that," she says.

At the Irn Bru factory just outside Glasgow, visitors must wear protective earphones. The rattling sound is constant as 96,000 cans an hour fly down the line.

"We'll sell about the equivalent of 17 cans a second, which is a huge volume to keep up with," says brand manager Martin Steele, who's serving as our tour guide.

When the tour is done, I tell Steele that I have a confession.

I still have not actually tasted Irn Bru soda.

"Shall we do that? Shall I get you a can and you can try it?" he says. "Give me two seconds. I'll nip into the factory and get you a can."

He brings back an ice-cold bottle, straight off the factory floor. The contents are the color of a sunset in a hazy sky.

To me, it seems like nothing special. Then again, I'm not Scottish.