Accessibility links
Can NATO Find A Way To Contain Russia? : Parallels The crisis in Ukraine is exactly the type of confrontation that NATO wanted to preempt by expanding eastward over the past two decades. Yet Russia still views NATO as a threat. 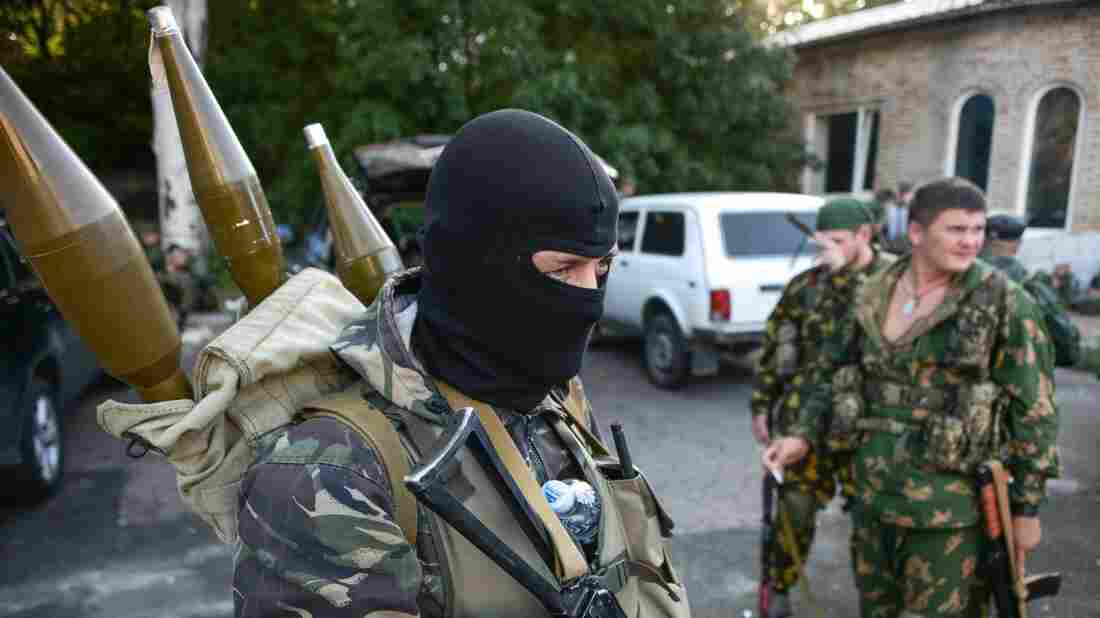 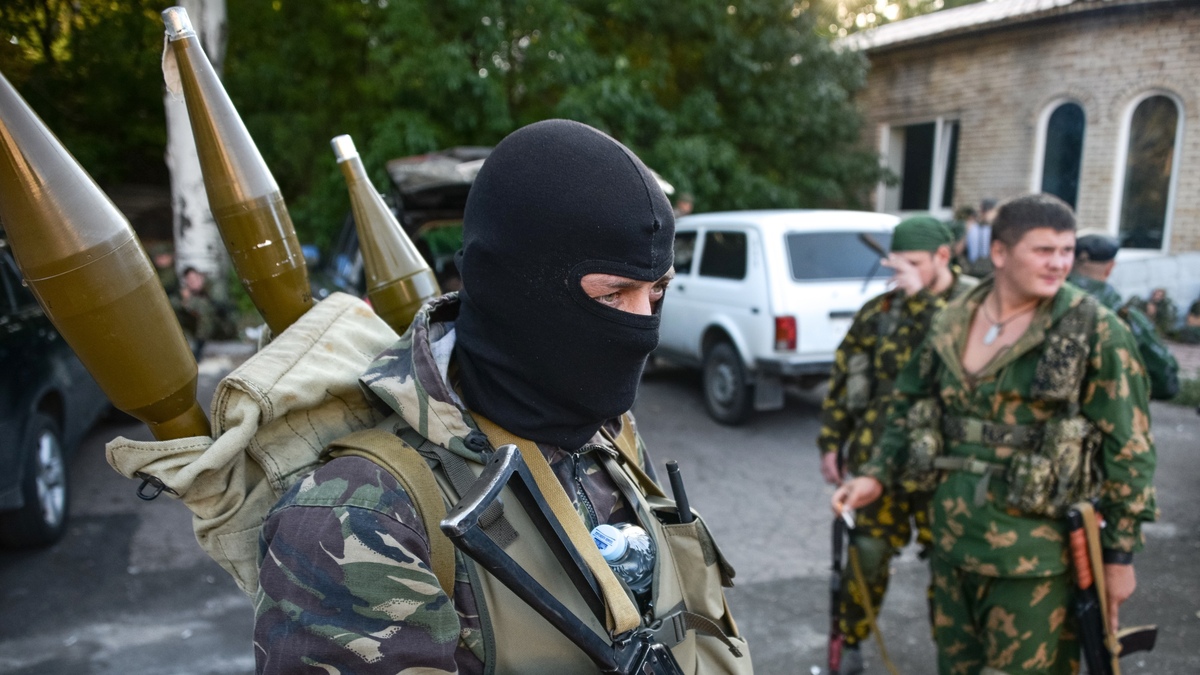 Pro-Russian rebels prepare their weapons in the eastern city of Donetsk on Aug. 31. Russia's role in Ukraine has raised tensions between Russia and NATO to their highest level since the Soviet breakup more than two decades ago.

Ever since the Cold War ended, the armies of NATO and Russia have been moving warily toward each other while their political positions keep moving further apart.

Twelve Eastern European countries have joined NATO since the Soviet breakup, and NATO is now on the verge of creating a rapid-reaction force for the region. Russia has sent troops into two former Soviet republics, Ukraine and Georgia, that have relationships with NATO, but not membership.

Every time one side makes a move, the other gets jittery. As a result, Russia-NATO relations are at their lowest point in more than two decades.

Is there a way for NATO to safeguard Eastern Europe without making Russia feel threatened?

Right now, everyone is talking tough.

"Both Russia and the West seem cognizant that, like the edgiest moments of the Cold War, miscalculation is the greatest peril — the danger that one side will inadvertently escalate the crisis, triggering a spiral of reprisals. Yet they are pushing nonetheless," Steve LeVine, a longtime Russia watcher, writes in Quartz.

The current crisis over Ukraine is exactly the kind of confrontation that NATO has sought to preempt. After the Soviet Union collapsed in 1991, NATO countries no longer faced an obvious threat, and the alliance lacked a clear-cut mission. In redefining itself, NATO moved eastward and tried to persuade Russia this was not an attempt to undermine Moscow.

"NATO, when it enlarged, tried to do it in a way that was not militarily threatening to Russia," Steven Pifer, a former U.S. ambassador to Ukraine, who is now at the Brookings Institution, told NPR.

But trust has always been lacking. The two maps below show how dramatically Europe's landscape has changed since the Soviet breakup. While NATO countries see the steady advance of the alliance's protective shield, Russia sees the relentless encroachment on a region it regards as its sphere of influence.

Under Vladimir Putin, Russian troops have intervened on behalf of separatists in Georgia in 2008, and this year Russia has annexed Crimea and actively supported the separatists in eastern Ukraine. Putin feels the EU and NATO are encroaching on Russia. This map shows the countries in central and Eastern Europe that have joined the EU and/or NATO since the Soviet collapse. "Now, many in central Europe and the Baltic states are saying, wait a minute, the security environment has changed dramatically, in that you have a Russia that's behaving in a very different way from Russia in the mid-1990s," said Pifer.

At the NATO summit that opens Thursday in Wales, the alliance is poised to approve the rapid-reaction force that would include 4,000 troops and pre-position weapons on NATO's eastern flank.

The force is expected to abide by the NATO-Russia Founding Act and will not be permanently based in any one place. But NATO is explicit in describing it as a counter to threats from Russia.

"The Readiness Action Plan responds to Russia's aggressive behavior — but it equips the alliance to respond to all security challenges, wherever they may arise," NATO Secretary-General Anders Fogh Rasmussen said Monday in announcing the new force.

In the current climate, there's little prospect for de-escalation. The West wants to make Russia pay for its actions in Ukraine, but President Obama and European leaders have ruled out direct military involvement.

Putin, meanwhile, has shown no sign of backing down. He has described NATO's spread as a "cancerous tumor" and even cited its expansion as one of the reasons for annexing Crimea.

But Putin's moves could be counterproductive in the long term, according to many analysts.

Russia's economy is struggling and now faces sanctions, though they have been limited so far. Russia is likely to face increased isolation in the West as the crisis drags on. Russia's actions have already driven Ukraine and other countries in Eastern Europe to reach out to the West.

Ukraine's President Petro Poroshenko will be a featured guest at the NATO summit, and the country now says it wants full membership in NATO. That's not realistic in the current climate, but the Pentagon said Wednesday that 200 U.S. soldiers will take part in exercises next week in western Ukraine, an area well away from the fighting.

"If you're sitting in Kiev today and look at the differences between its security situation and that of a NATO member, all of a sudden NATO membership looks a lot better, indeed," Ivo Daalder, a former U.S. ambassador to NATO, told NPR.

Greg Myre, the international editor for NPR.org, was previously based in Moscow. You can follow him @gregmyre1.