Accessibility links
Ask Me Anything: NPR's David Greene Takes Questions On Crimea : Parallels Morning Edition Host David Greene recently returned from a reporting trip to Crimea and responds to questions on Reddit about how the Black Sea peninsula has changed since it was seized by Russia. 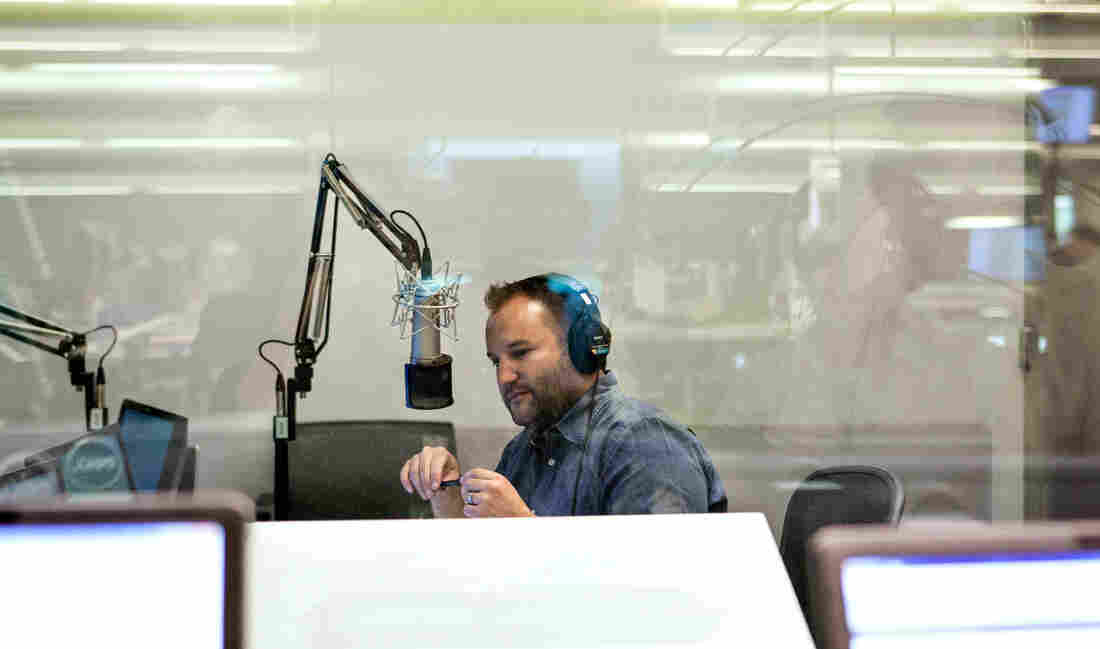 In Crimea, Many Signs Of Russia, Few Of Resistance

He found a place in transition. Restaurant menu prices have been switched from Ukrainian hryvnia to Russian rubles. Sports teams now play in Russian leagues and Putin T-shirts are the staple on souvenir stands.

There are the more complicated transitions as well. Many Crimeans are conflicted about switching their passports, and their citizenship, from Ukrainian to Russian.

David's stories, produced by Lauren Migaki, are on air and online this week. They take us to from Russia's newly claimed border in the north all the way to the southern coast along the Black Sea.

The trip came on the heels of David's book, Midnight in Siberia, which chronicles another one of his NPR reporting excursions — a 6,000-mile journey on the Trans-Siberian Railway.

Prior to joining Morning Edition, he served as NPR's Moscow correspondent. Today he's fielding questions on Reddit's Ask Me Anything. You can join the conversation by clicking here.

How are Crimeans reacting to the Russian takeover?

A lot of people are really content with Russian rule, especially pensioners, who have seen their government retirement go up. But there is still a quiet pro-Ukrainian opposition, including among the Crimean Tatar ethnic minority. But it's pretty dangerous to be outspoken about your views if you're against the annexation.

There are many people with nuanced views. We spoke to one owner of a hostel. She said her mother's dying wish (16 years ago) was for Crimea to return to Russia. She's happy with the change. But, she fears Crimea will become much more isolated and she'll get far fewer Western tourists in her hostel — and that upsets her.

Is the annexation of Crimea part of a larger Russian plan to reclaim former Soviet territory?

Figuring out Russia's ambitions is one of the big questions today. They've taken Crimea. They are involved in eastern Ukraine. They supported two breakaway provinces in Georgia. They are clearly up to something. It seems they do want to protect at least some part of their "sphere of influence." The police are all Russians. We were at a border in the north under the control of Russian authorities. We had read about, but didn't see, a build-up of Russian forces along the border. Some pro-Russian Crimeans joined "self-defense forces" during the takeover, and we were approached by one man who identified himself as such, asking to see our documents.

What were your favorite and least favorite parts of the trip?

What was the best meal you had on this assignment — and the worst?

The best: traditional Ukrainian restaurant in Sinferopol. The varenyky (dumplings) was amazing. Worst: a chunk of brown bread with smoked, fish-like product (which Lauren, the producer, claims was not fish) on a Russian airplane.

And the best dessert was ANY form of baked good from the Crimean Tatars. They served us lots of them.