Accessibility links
For Palestinians, A Bridge-Building Bus Trip To Israel Turns Sour : Parallels The constant friction between Israelis and Palestinians has taken its toll on "normalization" efforts between the two sides. Nowadays, many Palestinians consider it a dirty word. 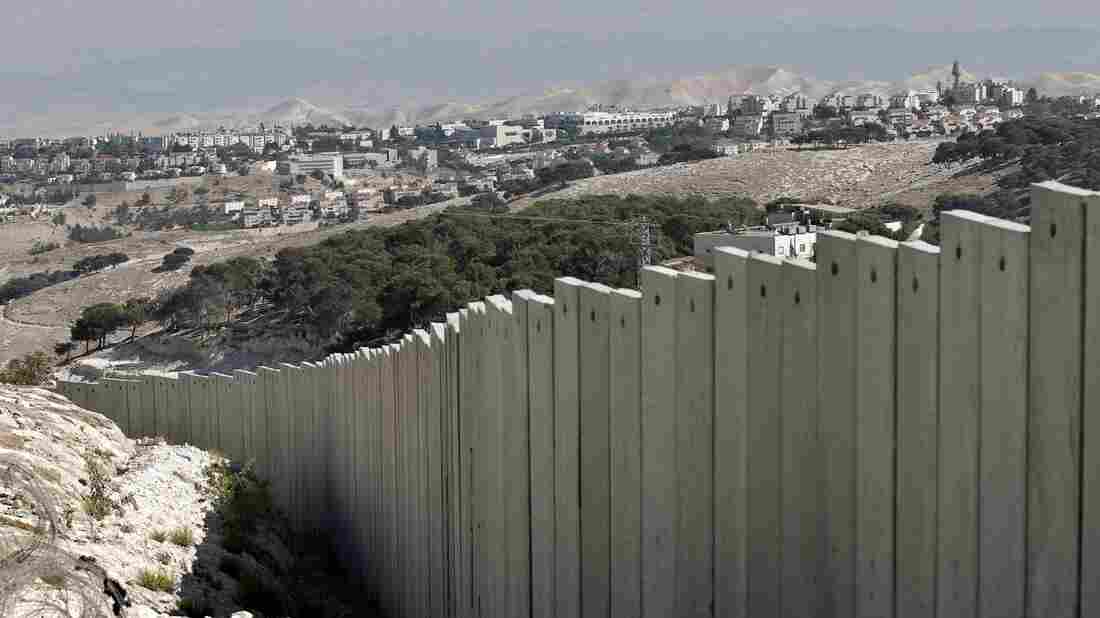 Israel's West Bank separation barrier, shown here with the Jewish settlement Maale Adumim in the background, symbolizes the division between two societies that had much more interaction a generation ago. Ahmad Gharabli/AFP/Getty Images hide caption 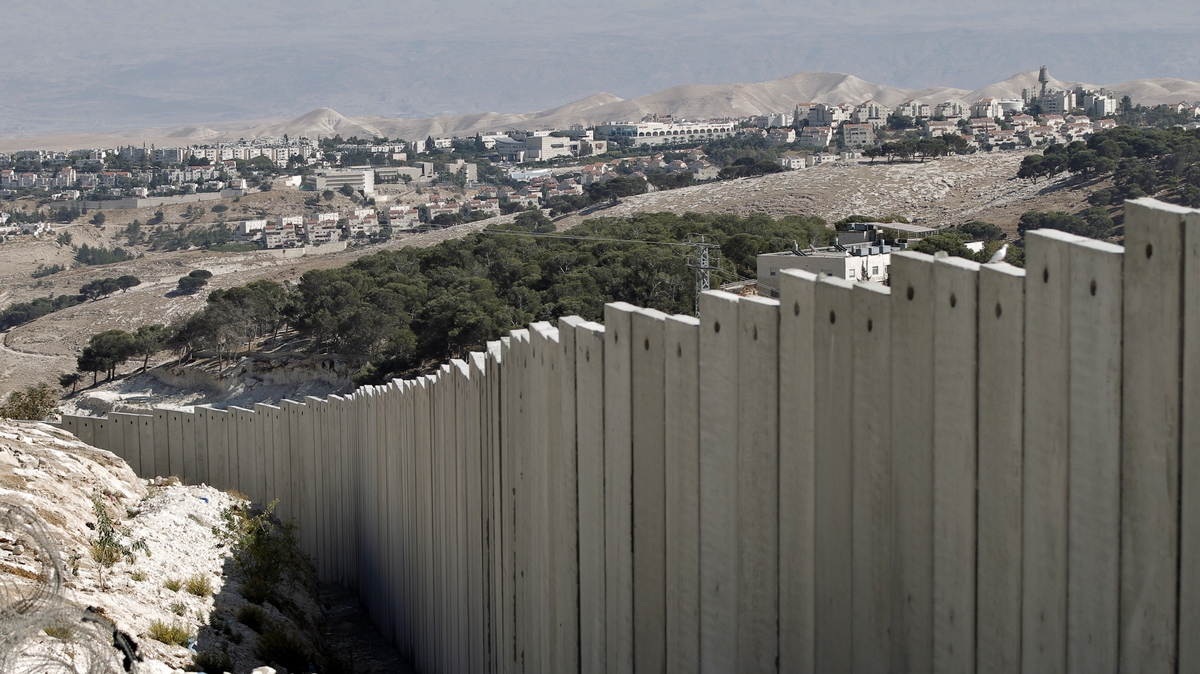 Israel's West Bank separation barrier, shown here with the Jewish settlement Maale Adumim in the background, symbolizes the division between two societies that had much more interaction a generation ago.

When the Israelis and the Palestinians were trying to make peace back in the 1990s, one of the buzzwords was "normalization," the attempt by both sides to learn to live together.

But in these days of ceaseless friction, normalization has become something of a dirty word, particularly for Palestinians. Nearly 50 Palestinians from the West Bank encountered these bitter sentiments when they went to Israel for an unusual one-day trip last week.

Their itinerary included visits to Israeli-controlled crossings into Gaza and conversations with Israelis who live nearby. Mustafa Hbub, a Palestinian living in Israel who dreamed up the trip, says he wanted West Bank Palestinians to visit Israeli communities and take home this message of peace.

"The war caused destruction for both Israelis and Arabs. Let's stop this. Peace is done by people, not leaders," says Hbub, referring to the seven weeks of fighting this summer between Israel and Palestinians in Gaza.

Hbub doesn't equate the damage in Israel to the vast destruction in Gaza. But he wanted Palestinians get a peek into the experience of ordinary Israelis. Hbub got help from Buma Inbar, a Jewish Israeli involved in all sorts of efforts to bring Israelis and Palestinians together.

Inbar says he knew this effort would fail the moment he saw Israeli TV cameras out the bus window at their first stop.

It turns out that a different Israeli involved in planning the trip had tipped off the Israeli media.

But why would that be an unpleasant surprise for the Palestinian visitors?

"Honestly, it's complicated. Even in Palestine, it's complicated," says Alin, a young Palestinian woman on the trip who only gave her first name. "People don't want anyone to understand something in the wrong way, that's it. And also maybe people are afraid."

Afraid exactly of what, she wasn't sure. But she knew she didn't want to find out.

"When you say Israelis and Palestinian are together, it's not nice and it's not acceptable. I don't know what's going to happen, but for me, no, I will not put myself in that situation, OK?" she says.

Normalization sounds kind of nice, but actually, it's a real insult. Many Palestinians see playing soccer or even doing business with Israelis as a betrayal — accepting Israeli dominance by acting like everything is normal. This is problem for peace groups.

American Donna Stefano directs the Mideast office of Seeds of Peace, which brings Palestinian and Israeli youth together for summer camp. She says anti-normalization pressure has a real impact on Palestinians.

Over much of the decades-old conflict, Israelis and Palestinians rubbed shoulders at work or shopping. Now they are mostly separated by a physical barrier Israel built, citing security and tight restrictions on who can cross back and forth. Stefano says at this point both sides are afraid to break down their carefully honed self-identities.

As for the bus trip, it seems that perhaps the Palestinian organizers hadn't actually told some participants they would be meeting Israelis. After the cameras showed up, those visits were cancelled, and the bus took them straight to the beach, a real treat for land-locked West Bank Palestinians.

Playing in the waves, Palestinians insisted the sun and surf were all they signed up for. No organizer would admit who exactly leaked to the media or failed to tell Palestinians that Israelis were on the agenda. In the shade, inhaling the sweet smoke of a water pipe, Hbub, the Palestinian-Israeli who thought up the trip, blamed the day's thwarted plans on a Palestinian-Israeli misunderstanding.